Mick Cornett and his wife Terri react after giving a concession speech during a watch party at the Tower Theatre in Oklahoma City , Tuesday, Aug. 28, 2018. Photo by Sarah Phipps, The Oklahoman

Jenks businessman Kevin Stitt, a virtual unknown in political circles a year ago, has won the Republican nomination for governor.

Stitt raced away from former Oklahoma City Mayor Mick Cornett on Tuesday to advance to the Nov. 6 general election, where his top opponent will be Democrat Drew Edmondson.

At a campaign party, Stitt took the stage at 9 p.m. after supporters unfolded a banner featuring the headline “Stitt wins in a landslide.”

“The solution to our problems isn’t bigger government,” he said, “but smarter government.”

He ended his brief remarks with a slogan so familiar from his campaign that supporters shouted it along with him: “Oklahoma’s turn around starts right here, right now.”

“Let’s celebrate tonight,” he said. “Tomorrow we get back to work.”

“They share the same passion we do,” he told supporters in Jenks, “to make Oklahoma a great state.”

Cornett’s call to concede was “kind of a surreal moment,” Stitt told reporters after his speech.

Cornett told him to “go win in November,” he said.

“People are ready for change,” Stitt said. “I think that is why we won this round.”

Stitt, who had spent $6.5 million on his campaign through Aug. 13, billed himself as a political outsider who could fix the state’s budget mess.

He also aligned himself with the policies of President Donald Trump.

In television commercials, he questioned Cornett’s stance on immigration and loyalty to President Trump, something Cornett disputed, calling it “Bull Stitt” in rebuttal ads.

In a concession speech delivered to supporters about 8:40 p.m. with his wife, Terri Cornett, by his side, Mick Cornett thanked his supporters, telling them there’s a chance he might never be on another ballot.

He said he had nothing but positive memories about the campaign.

“We felt like we had a message of optimism,” Cornett told supporters. “We are still optimistic about the future of Oklahoma.”

Both candidates won by wide margins in their home counties. Stitt won Tulsa County by a wider margin than Cornett won Oklahoma County, where he served as Oklahoma City mayor for 14 years.

Stitt loaned his campaign at least $3.7 million, according to reports candidates file with the Oklahoma Ethics Commission. As of late Tuesday, Cornett did not show any loans.

Edmondson said he was not surprised by the outcome of the Republican runoff and that he is looking forward to the general election campaign.

He said his differences on issues are much more clear with Stitt than with Cornett.

“We will have some issues to talk about with Mr. Stitt in the coming months,” Edmondson said Tuesday night.

A Libertarian, Chris Powell, also will be in the general election. He received 59 percent of the vote Tuesday against Rex Lawhorn in a race that had fewer than 1,000 votes. 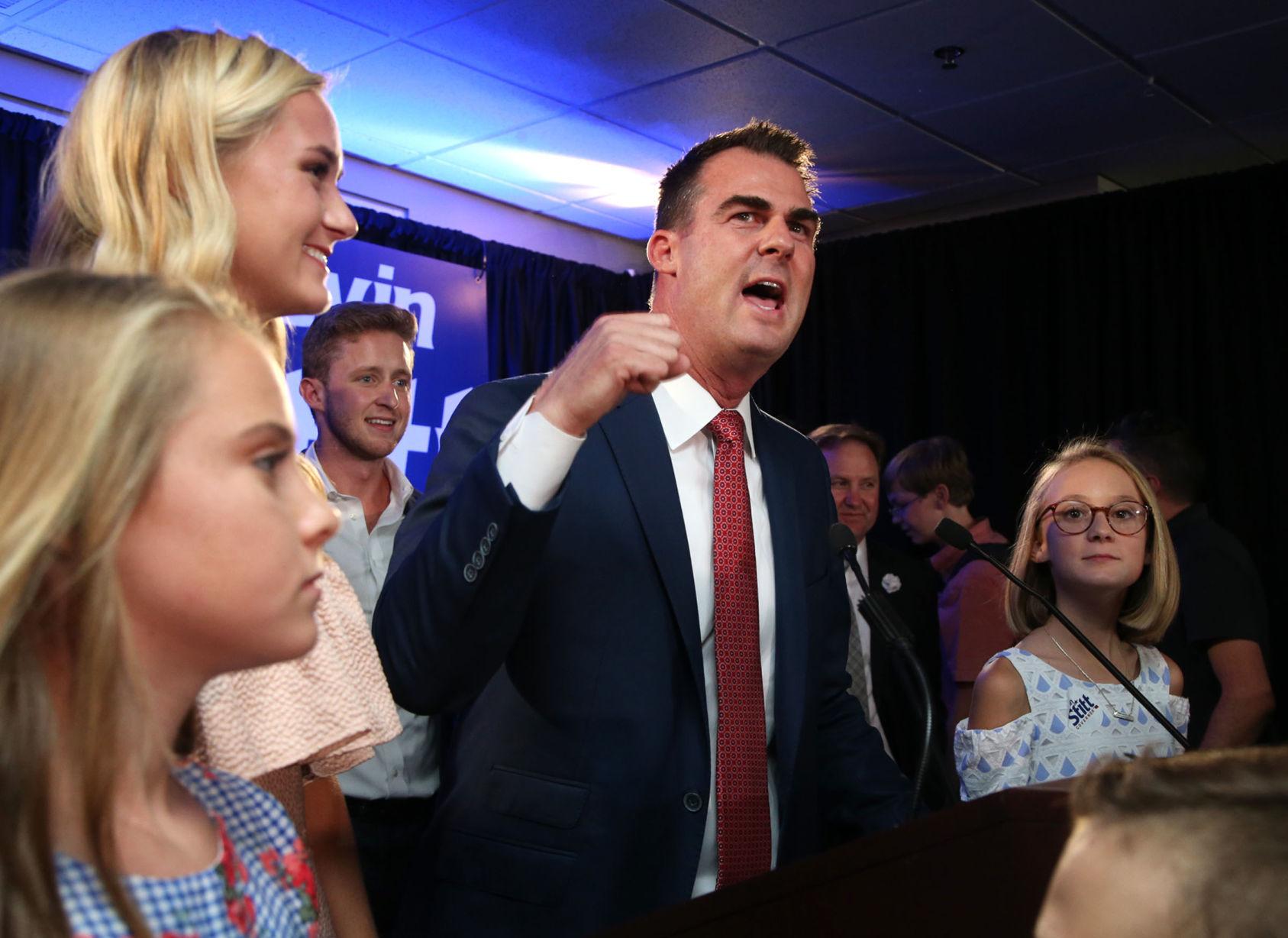 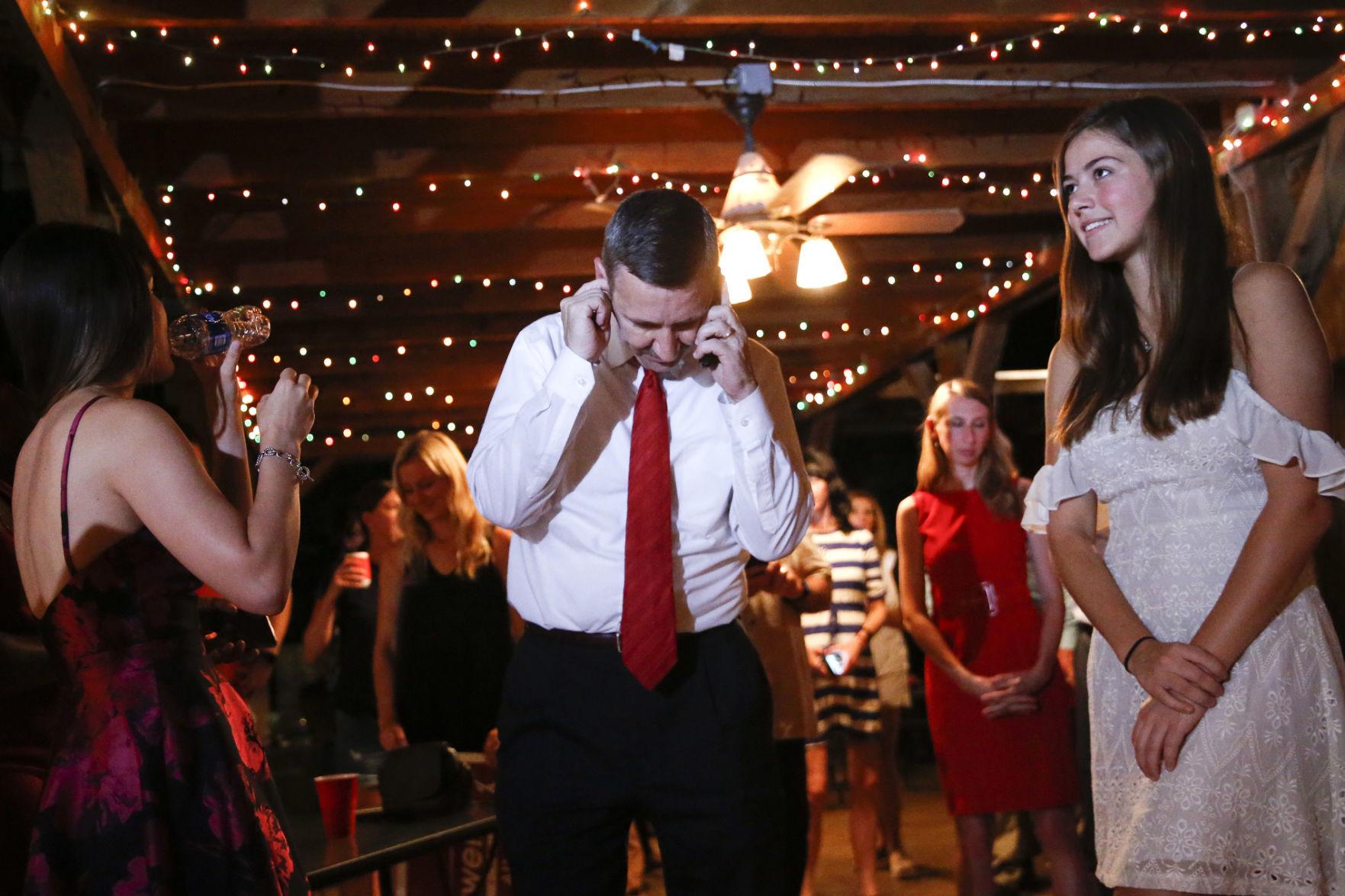 Six of 10 GOP incumbents involved in runoffs were turned out and a seventh narrowly survived, as perhaps the most extraordinary primary season in state history drew to a riotous conclusion.

Between the first round on June 26 and Tuesday’s final results, a dozen incumbents — all Republicans, and all but one of them House members — lost primary or runoff races.

Such turnover is unprecedented for any recent decade, let alone year, and seemed to mark a dramatic shift in the Oklahoma Republican Party.

Each of those defeated Tuesday had, in some manner, earned the wrath of public education supporters during last spring’s occupation of the state Capitol.

Three of the four who survived Tuesday were on the other side of the issue.

But Tuesday’s results were not a total wipeout for the more conservative wing of the GOP. Locally, incumbent Sean Roberts survived a close race in House District 36, and Dan Hicks defeated Karen Gilbert by 77 votes to win the nomination in House District 79.

Roberts was one of three area legislators to secure his place in the 57th Legislature with a victory Tuesday. The others are incumbent Rep. Mark Lawson, R-Sapulpa, and Republican Bill Coleman of Ponca City, who becomes the new state senator for all but the southeastern corner of Osage County.

“I’m just very thankful of the people of District 30 for sticking with me,” Lawson said. “I look forward to keeping the momentum and the upswing of our state, and I’m ready to get to work tomorrow.”

Lawson said he has spent a lot of time since first being elected to the Legislature in 2016 focusing on juvenile and family issues, and he wants to continue in that regard the next two years.

May attributed his victory largely to criticism of Ritze for a lack of communication with constituents.

“(This outcome) means it’s pretty important to listen to your constituents and give feedback,” May said. “That’s the lesson we can all learn from this one.”

Sims said his background in local government helped him to victory.

“I think it comes from a career of serving my community,” Sims said. “It’s really why I felt called to run, to have an opportunity to take my experience to the state level and see if we can make a difference, lift our state off the bottom and put it on the top.”

Michael Ross won the Democratic runoff in HD 68, coming from the brink of elimination in the primary to defeat Angela Statum.

Also winning Republican primaries were Cheryl Baber in HD 71 and Dean Davis in HD 98. Each has at least one general election opponent.

Perhaps the most surprising result in the area was Chris Sneed’s 83-vote upset of five-term incumbent Faught in Muskogee County. Faught finished the primary with a 16-point lead on Sneed.

In Washington, Osage and Nowata counties, Judd Strom rolled to victory against Dunlap with the support of a long list of area school board members. 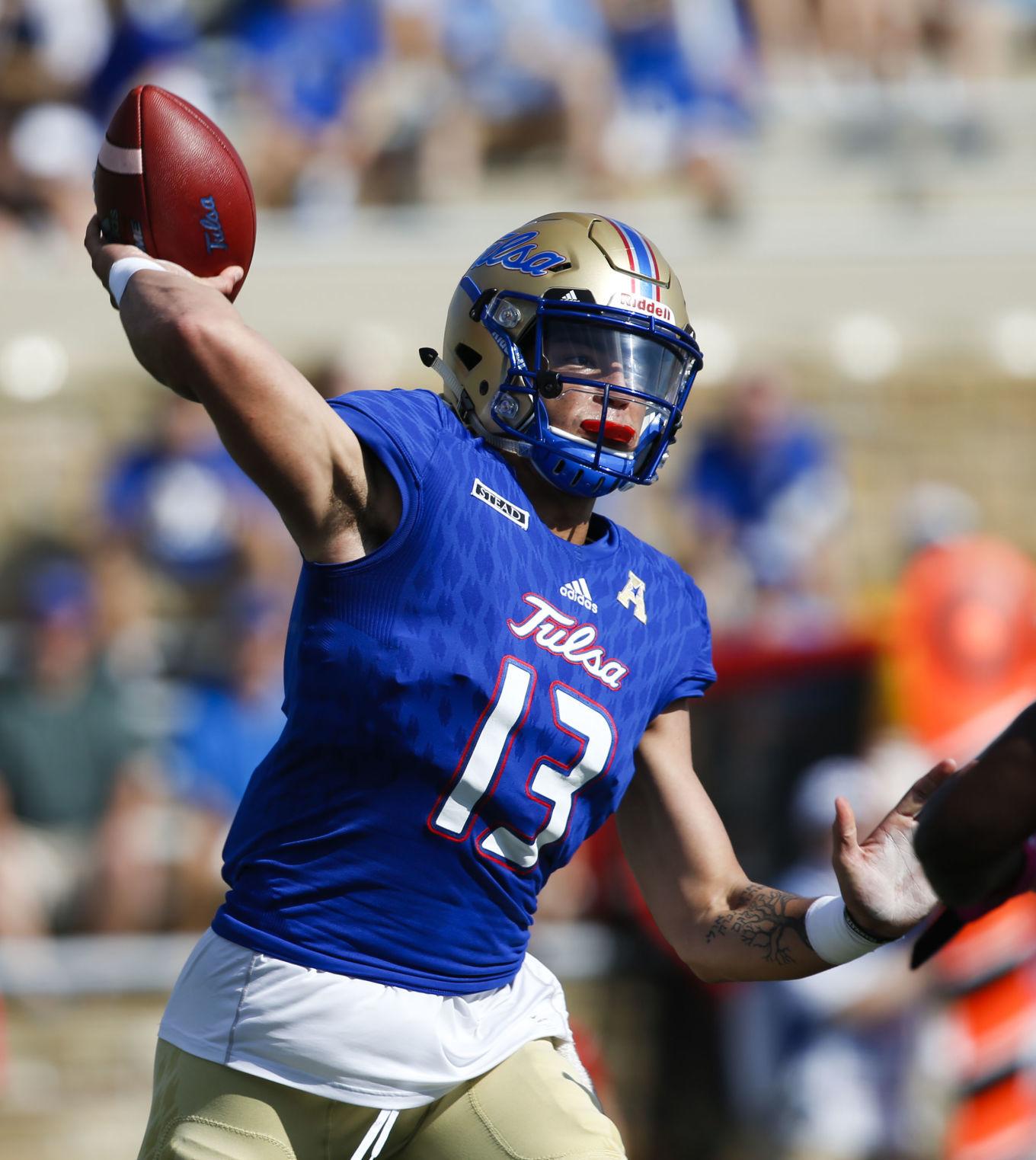 Luke Skipper, a third-year sophomore, has been named the starting quarterback for the University of Tulsa. He began last season as the Hurricane’s backup but started five games and passed for 1,141 yards and three touchdowns in 2017. Tulsa World file 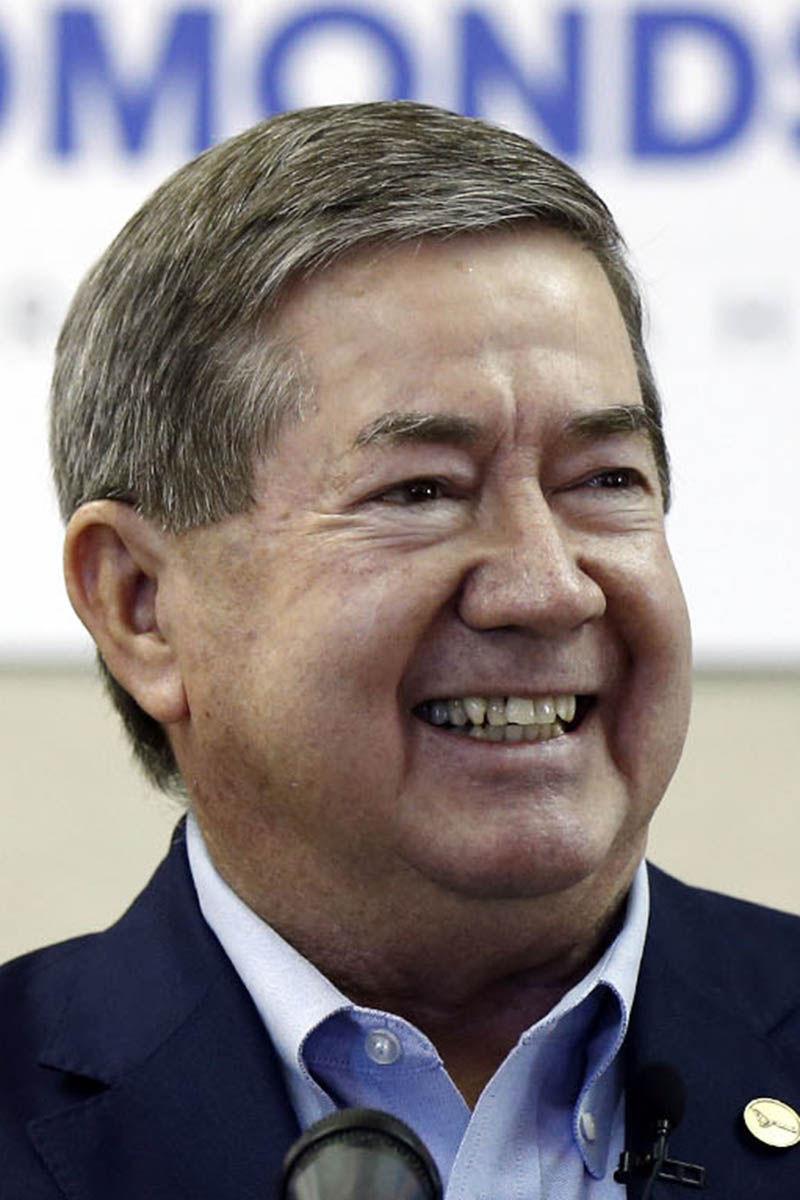 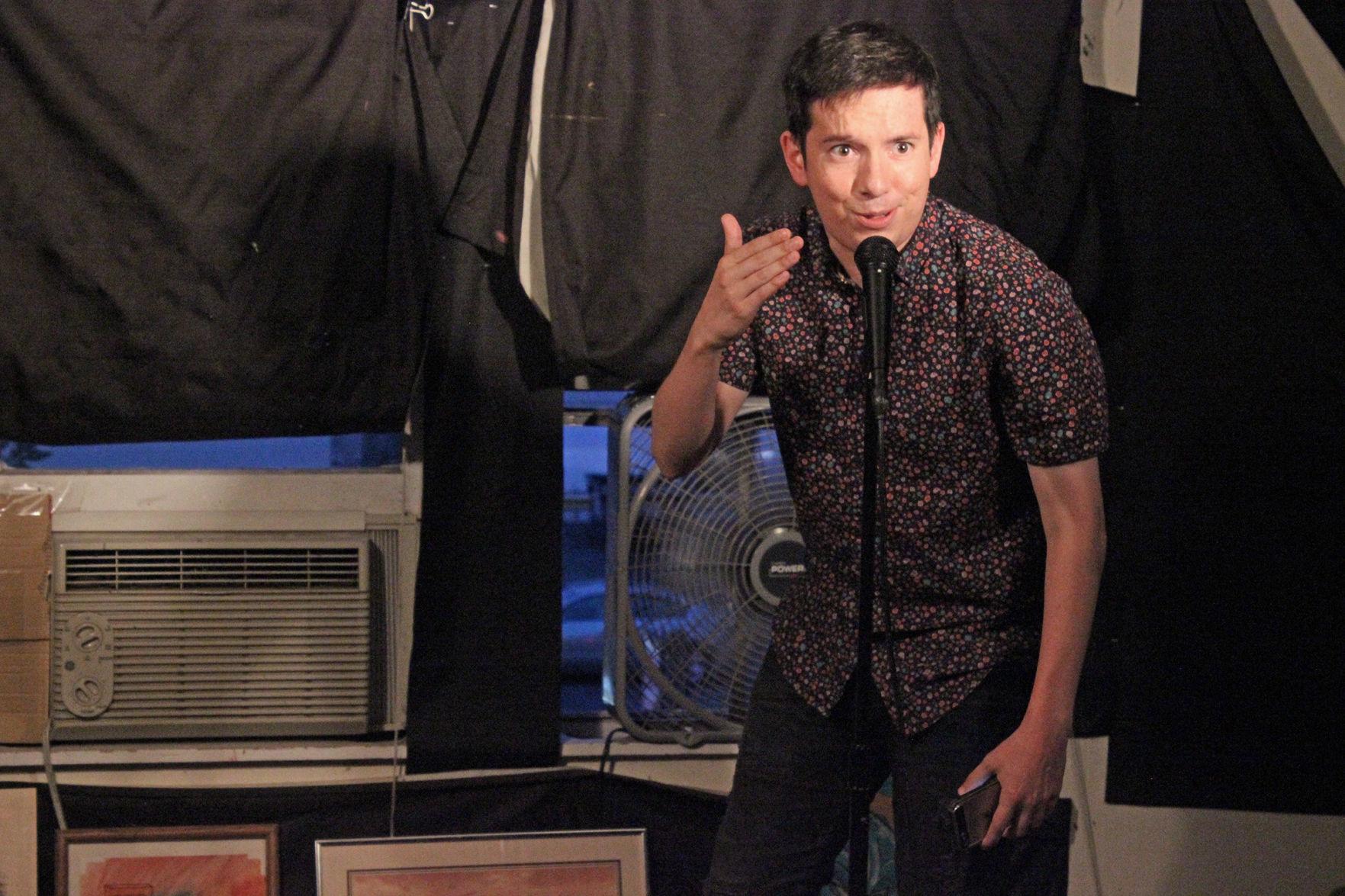 “Saturday Night Live” writer Steven Castillo of Tulsa will be among performers at the Blue Whale Comedy Festival this weekend. Courtesy/Loren Egeland

Kevin Hern high fives a supporter as he enters to give his victory speech in the Republican runoff for the 1st Congressional District seat on Tuesday. At right is Hern’s wife, Tammy Hern. MIKE SIMONS/Tulsa World

Kevin Hern told supporters Tuesday night that not even he foresaw his 10-point victory in the 1st Congressional District’s Republican runoff.

“We never in our wildest imagination believed we’d win like this tonight,” Hern told a gathering at Ti Amo’s restaurant.

“For a person who’s never run before, only helped people run, it’s been a different world,” Hern said. “You lay in bed awake at night, making sure you didn’t say anything wrong, do anything wrong. I am just so thankful, so humbled by all the people it takes to run a race.”

“Something’s got to change, and I’m going to be the alternative to what’s happening in Washington right now,” Gilpin said.

Gilpin’s remarks were an obvious reference to Hern’s full-throated support of President Donald Trump. Hern exploited his substantial financial advantage to hammer Harris with ads suggesting Harris is not completely loyal to the Republican president.

Harris, who came out of the June 26 primary with a 5-point lead, acknowledged he did not have the resources to fight Hern’s media campaign.

“It takes money to get your message out,” Harris said. “We didn’t have near as much money as my opponent did. I think that allowed him to get his message out.”

Douglas, who ran her campaign on only about $10,000, said she remains enthusiastic about Democrats pulling a surprise in November.

“When I very first started I thought I’d just be a name on the ballot to make sure that somebody was running, but the more I went along the more I felt like I’d be a really great fit for the job. But it all comes down to the votes right?” Douglas said.

“I hope nobody is disappointed and I hope that we can still flip this district.”

“The fact that we got 40 percent of the votes in this district with only $10,000 is incredible. I doubt you could find a race to compare that to across the country right now. That’s all thanks to the hard work of the people in this room.”

Turnout may have figured into Tuesday’s results, especially for the Democrats. With no medical marijuana question on the ballot, as there was two months ago, Republican turnout tumbled almost 30 percent and the Democratic vote total, which includes some independents, fell almost 60 percent.

Tahlequah Mayor Jason Nichols tallied 57 percent of the vote to best Clay Padgett of Soper for the Democratic nomination in the 2nd Congressional District.

"I believe it is truly time to start putting people ahead of politics and money," Nichols said in an e-mail to supporters. "Eastern Oklahomans deserve a public servant who encourages their civic participation and respects their uniqueness. Eastern Oklahomans deserve a Congressman who wants the government to work for the people who live here, not to benefit some faceless special interests from another state." 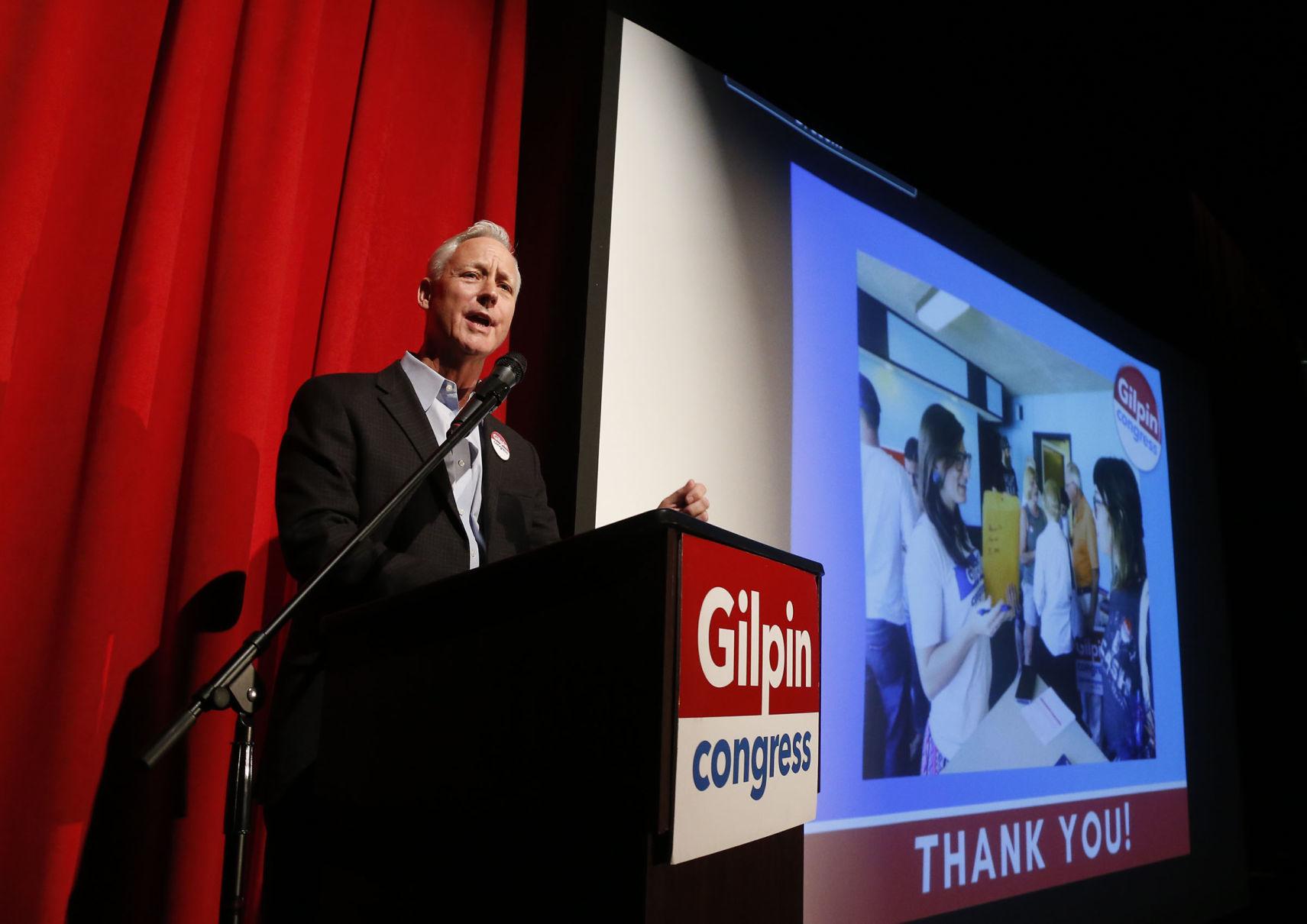