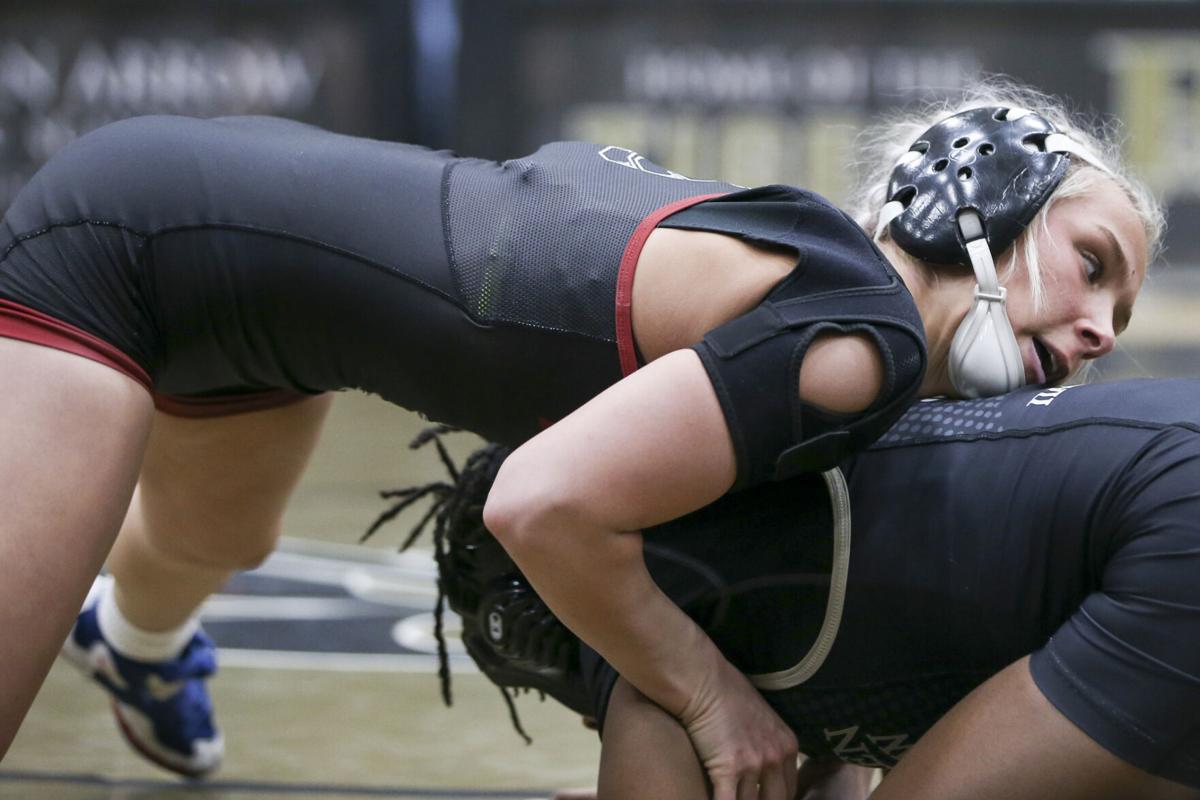 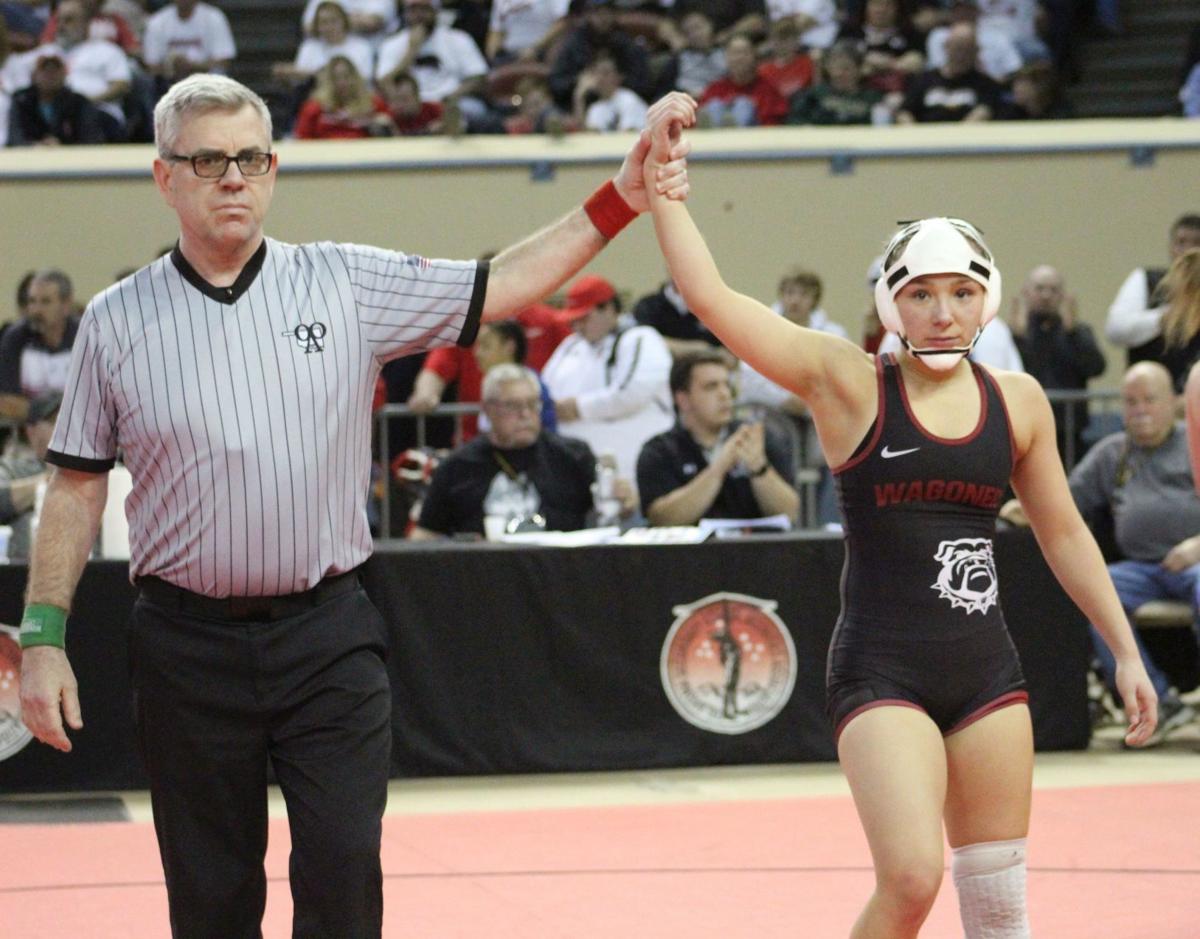 Wagoner senior Alexis Miller said she isn’t always as mad as she seems before an important wrestling match.

“People tell me they didn’t even think I could smile because I’m always ‘mean-muggin’,” she said. “But honestly, I’m almost always happy.”

Rated the nation’s No. 9 high school female in her weight by USA Wrestling, Miller simply wants to focus on the business at hand.

“I can laugh and smile afterwards,” she said.

She was grinning from ear to ear in Broken Arrow last week after winning the first girls-only wrestling regional sanctioned by the Oklahoma Secondary School Activities Association.

Miller pinned all four tourney foes, including Vian’s Avery Richey in the championship match at 107 pounds. She’s now headed back to Oklahoma City on Feb. 25 to compete in the first OSSAA-sanctioned state tournament.

“It’s something I’ve worked at for a long time,” she said. “I’ve tried to promote women’s wrestling any way possible, and to have an official state tournament means a lot. I didn’t know it was going to happen before I got out of school, and I’m just grateful to get to wrestle in one.”

Wagoner also received a third-place finish from Brynlee Goodvoice at 185 pounds and finished fifth in the regional team standings out of 30 schools.

Miller won last year’s “exhibition” championship in Oklahoma City by defeating Bethany’s Jordan Blair in the final at 107. And don’t tell her it didn’t mean anything.

“For every girl I talked to, I was like ‘Hey, no matter what anybody says, this is a state title. I don’t care if it’s sanctioned or not,’” Miller said. “That’s just a word they put on it. Everybody’s wrestling here, just as they would be if it was sanctioned.”

In the finals match at Broken Arrow, Miller had Richey on her back almost from the start and spent much of the time reading the official’s eyes, trying to understand what he needed to see from her to end the match.

“I (officiate) as well, so I know it’s sometimes hard to see things,” she said. “I was just kind of adjusting while watching him. I didn’t know what angle I had to get at so he could call the fall.”

Wagoner boys coach Micco Charboneau said Miller is a pioneer. As a sophomore, she lobbied the school board about starting a girls program. That was approved in May 2019.

“Now matter how big girls’ wrestling gets, Lexi will always be the first state champion, and that’s an awesome thing,” Charboneau said. “It’s like winning the first Super Bowl. I think girls wrestling will keep going and grow, and Lexi had a lot to do with that — especially for Wagoner. She is good for girls’ wrestling.”

Budz Lounge On Main opens for homeless ahead of winter storm; prompts outpouring of community support

Effective Feb. 16, both Wagoner City Hall and the Wagoner Public Works Authority have reopened their lobbies to the public for services.

The University of Oklahoma has released its fall 2020 honor roll, recognizing 9,299 students for academic excellence. Among them are 11 Wagone…