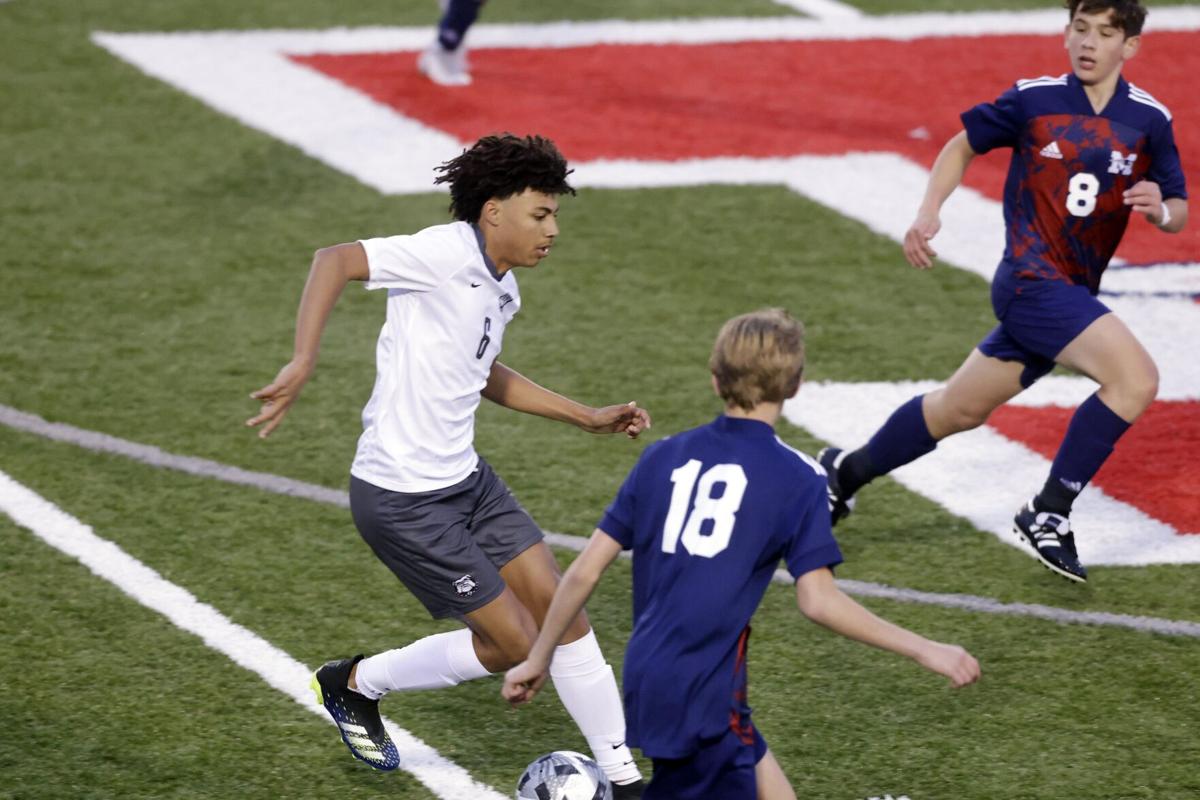 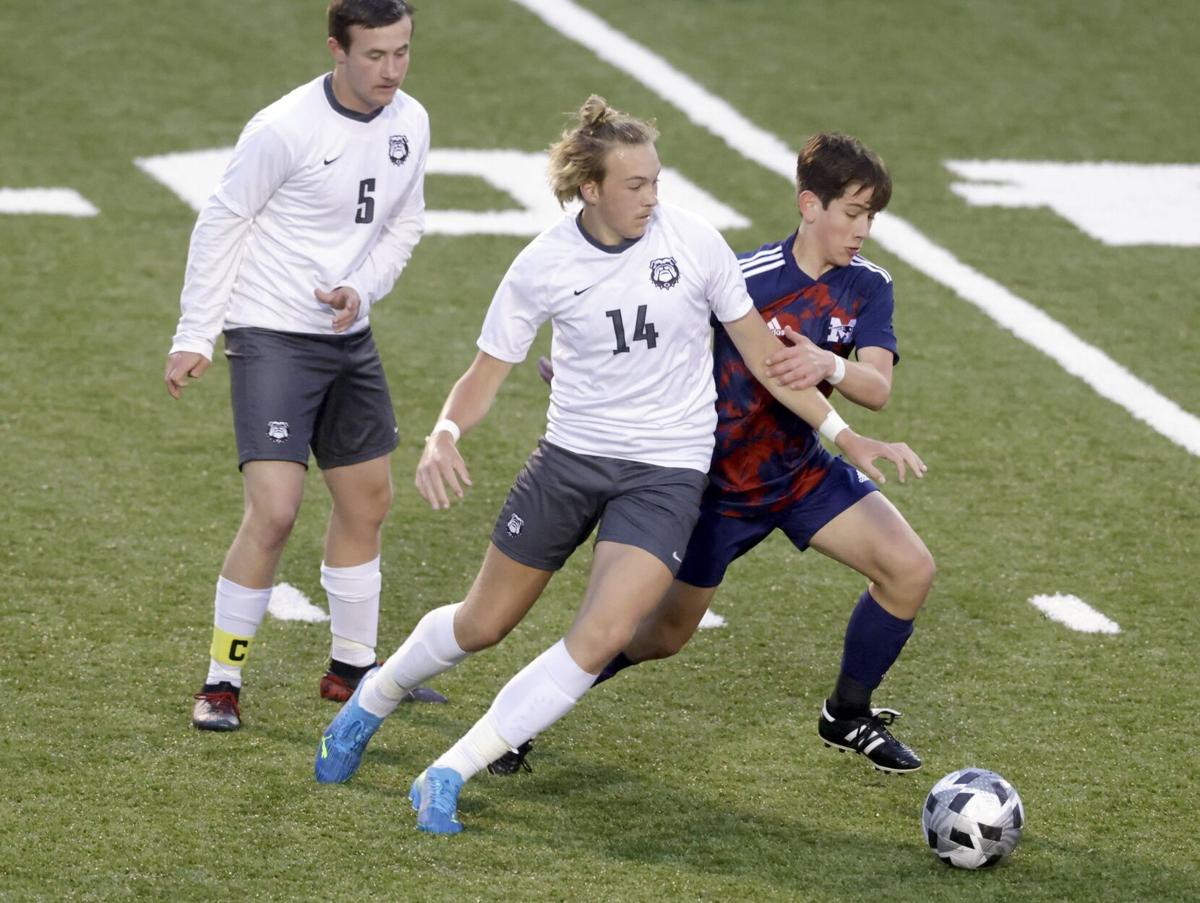 Wagoner’s Logan Bloxsom (14) competes for the ball against Metro Christian’s Mark Beirute during their Friday game. 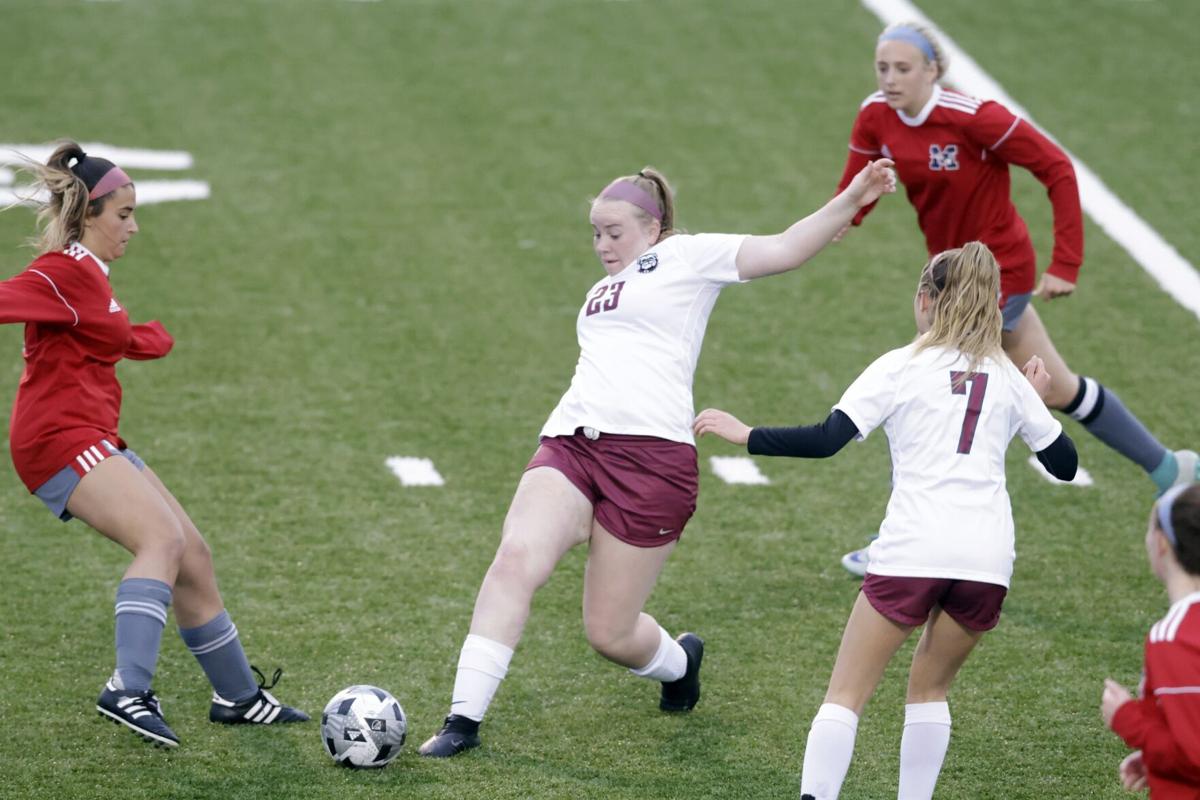 Wagoner’s Hallie Foreman gets to the ball in front of Metro Christian’s Brooke Green during their Friday game. 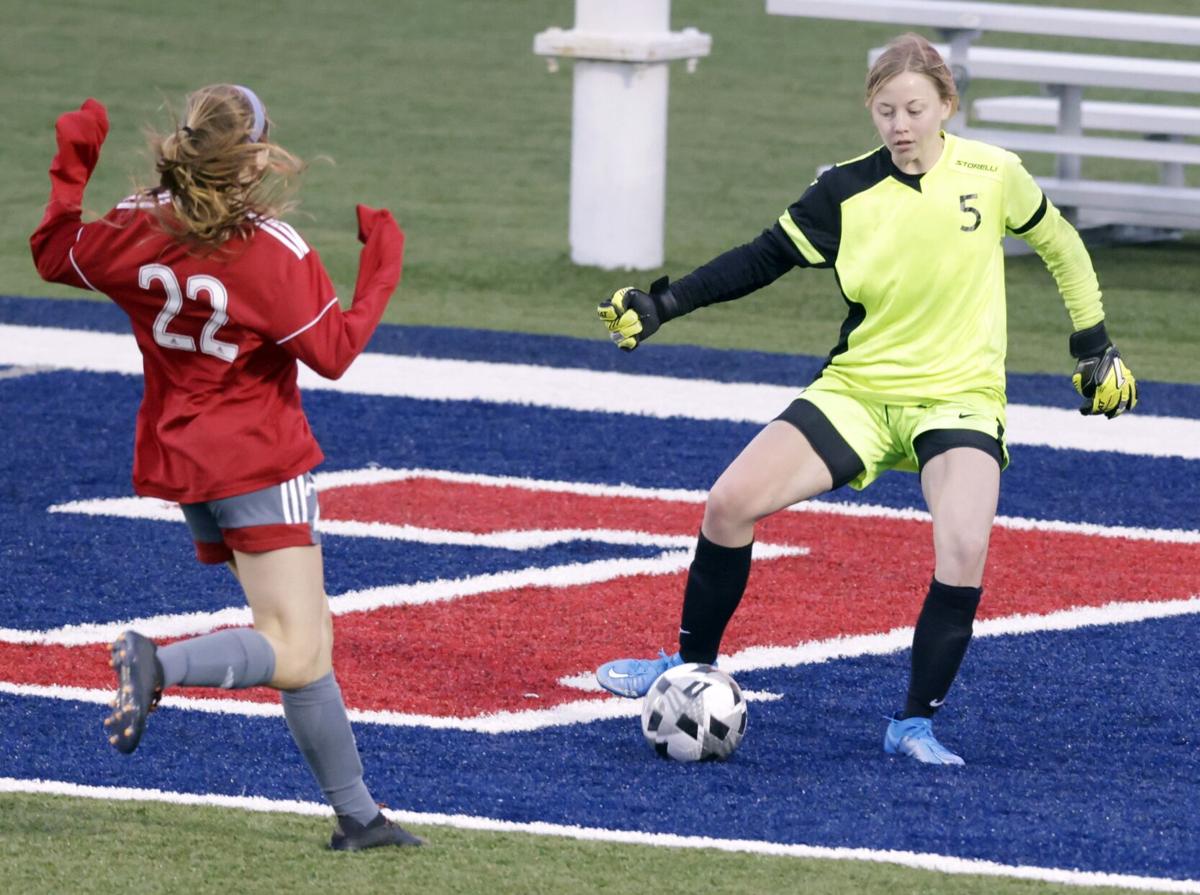 Wagoner goalkeeper Bethanny Moore makes a save as Metro Christian’s Hadley Seagraves closes in during their Friday game.

John Tranchina For the Wagoner County

For a while, it looked as if the Wagoner boys were hanging on for dear life against a Metro Christian team dominating them in possession, but the Bulldogs rallied late to pull out an unlikely 3-1 victory Friday night at Patriot Stadium.

Mario Young scored two goals for Wagoner. First, he tied the game 1-1 with 15:24 left in the opening half, and after Easton Voyles notched the go-ahead goal on a penalty kick with 18:01 left, Young then delivered the dagger of an insurance goal with 5:41 remaining.

“That was exciting. Our boys have been up and down all year and they haven’t put 80 minutes together and I felt like they did that tonight,” Bulldogs coach Brandon Carr. said “They knew the task was difficult and they raised to the challenge, and that was a good win for us. That’s a good team over there.

“(Young) had a good equalizer in the first half and then came through with that third goal and kind of put it away. We’re proud of him. We’re proud of this whole team, it was a team effort tonight.”

Henry Emerson scored the lone goal for Metro Christian (6-5, 1-2), just 2:12 into the contest. Despite peppering the Wagoner net with 10 more shots on goal, though, the Patriots wouldn’t score again.

“It was one of the most shocking performances I’ve ever seen from one of my teams,” said disappointed Metro coach Jake Briscoe. “Hopefully we see it as a wake-up call and respond well, but we’ll see.”

Most of the second half was played on the Wagoner side of the pitch, but goalkeeper Darrin McDaris made seven saves in the half, several of them difficult, to keep the Bulldogs in it. Gabriel Alsip started the game in goal and made two saves before coming out midway through the first half.

As the Bulldogs withstood the barrage, they counter-attacked and secured the PK when Metro goalkeeper Rylan Hill knocked Jacob Helmer down as they raced for a loose ball in the box. Voyles then stepped to the dot and deposited the ball into the upper left corner.

Metro Christian continued to battle, putting four shots on goal over the next 10 minutes, but on another counter-attack, Voyles fed a pass from the left wing into the middle for Young to volley home from 10 yards out to clinch it.

“We were hanging, hanging, hanging, Darren held well and had some good saves and kept us going,” Carr said. “It got a little rough there, we finally got that PK and towards the end, we had an opportunity to put it away and that’s all she wrote. That’s a great win for our boys and our program, especially in district play.”

Karsyn Combs scored two goals in the first half as Metro Christian built up a 3-0 lead before halftime. The Patriots (13-0, 5-0 District 4A-4) remain the only unbeaten team in Class 4A, having outscored their opponents a ridiculous 52-1 on the season, with 10 straight shutouts. They have also won their five district contests by a combined 25-0.

Sydney Maddox and Hadley Seagraves also scored for Metro Christian. Seagraves also added an assist, on Combs’ second goal that made it 3-0 with 6:03 remaining in the first half.

“We got three goals in the first half, which was really crucial for us to go forward in the second half,” Metro coach Curtis Cook said. “And (Wagoner) played hard all the way to the end. They held us to one goal in the second half. They’re a strong, physical team and they’re going to be a good playoff team against somebody else.”

“Metro’s a really good team, but we’ve struggled, we’ve been up and down,” Wagoner coach Brandon Carr said. “We’ve run four or five different formations this year, still trying to figure out where everybody goes. We’re a very young team and just haven’t found our niche yet.”

Wagoner’s Logan Bloxsom (14) competes for the ball against Metro Christian’s Mark Beirute during their Friday game.

Wagoner’s Hallie Foreman gets to the ball in front of Metro Christian’s Brooke Green during their Friday game.

Wagoner goalkeeper Bethanny Moore makes a save as Metro Christian’s Hadley Seagraves closes in during their Friday game.