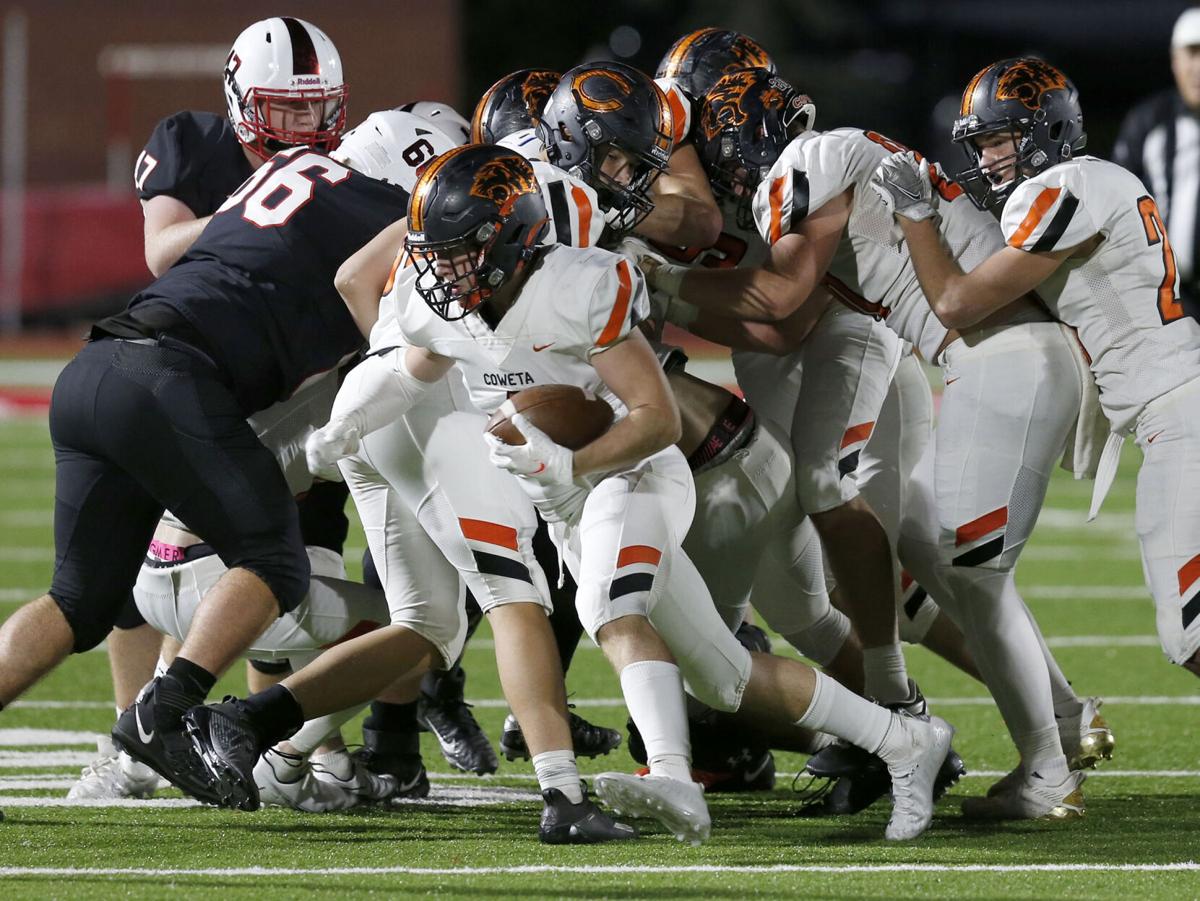 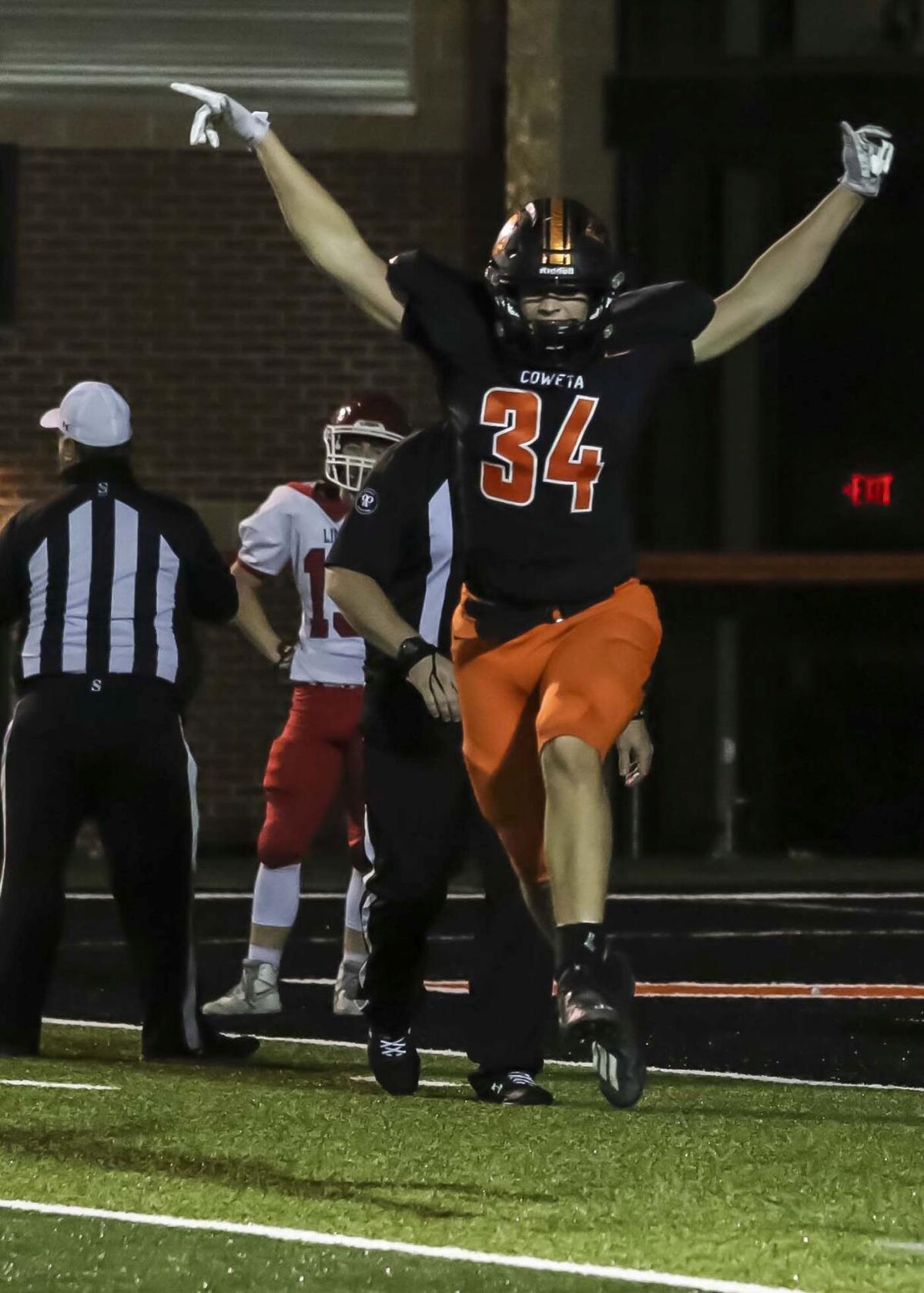 Coweta defender Carson Flanary (34) celebrates after recovering a Durant fumble in the end zone for a touchdown in a game last season.

Coweta’s offense posted dazzling numbers en route to a 10-2 record last year and trip to the Class 5A football quarterfinals.

But the Tigers’ defense also was a big reason for the team’s success, allowing only an average of 14 points in its victories.

Head coach Tim Harper is looking for the defense, with seven starters returning, to get even stronger as the team prepares for the 2021 season.

The defensive line will be led by Carson Flanary, who also has been a linebacker, and Wyatt Holmes, who is 6-3 and 260 pounds. Flanary had 37 tackles with two sacks last season. Holmes had 30 tackles and each had two fumble recoveries.

“They both have college potential,” Harper said.

A key linebacker is Michael Fletcher, who had 41 tackles and three takeaways last year.

“He’s super smart, he’s probably the smartest coach we’ve got,” Harper said. “He gets us in and out of the right defenses.”

In the secondary will be safeties Cade Denton and Nate Maledon, and cornerbacks Mason Ford and Owen McNatt. Maledon had 58 tackles and Denton 50 last season.

“Denton runs a 4.5 in the 40 and is a super strong kid,” Harper said. “Maledon plays safety with a linebacker’s mentality. He’s a good tackler, so aggressive.”

Ford, a standout receiver, will be an impact player in all three phases of the game.

“Mason is an unreal athlete,” Harper said. “Playing cornerback is something he’s always wanted to do. Offensively, defensively, the more he’s on the field, the better for us.”

McNatt returns after suffering a lacerated kidney in the second game and missing the rest of the 2020 season.

The kids are working hard and we’re having a great offseason,” Harper said. “We’re going in the right direction.”

Coweta will open the regular season Aug. 27 at Oklahoma City McGuinness as the Tigers look to avenge a loss in last year’s quarterfinals.

Wagoner coach Dale Condict said his defense has been solid so far, and the young offense —led by junior quarterback Gabe Rodriguez — is improv…

Wagoner made their visit with 4A Catoosa look easy Friday night with a dominant 56-0 win at W.L. Odum Field — all while exciting Homecoming activities were going on throughout day.

The Coweta Lady Tigers Softball team can officially call themselves back-to-back regional champions after defeating Shawnee and Sapulpa at home.

Hamm passed for 140 yards and three touchdowns in the first half.

Coweta defender Carson Flanary (34) celebrates after recovering a Durant fumble in the end zone for a touchdown in a game last season.