Thanks for reading! Log in to continue.
Enjoy more articles by logging in or creating a free account. No credit card required.
Log in Sign up Subscribe
You are the owner of this article.
Edit Article Add New Article
You have permission to edit this article.
Edit

Watch now: Trump and Biden square off in their first presidential debate 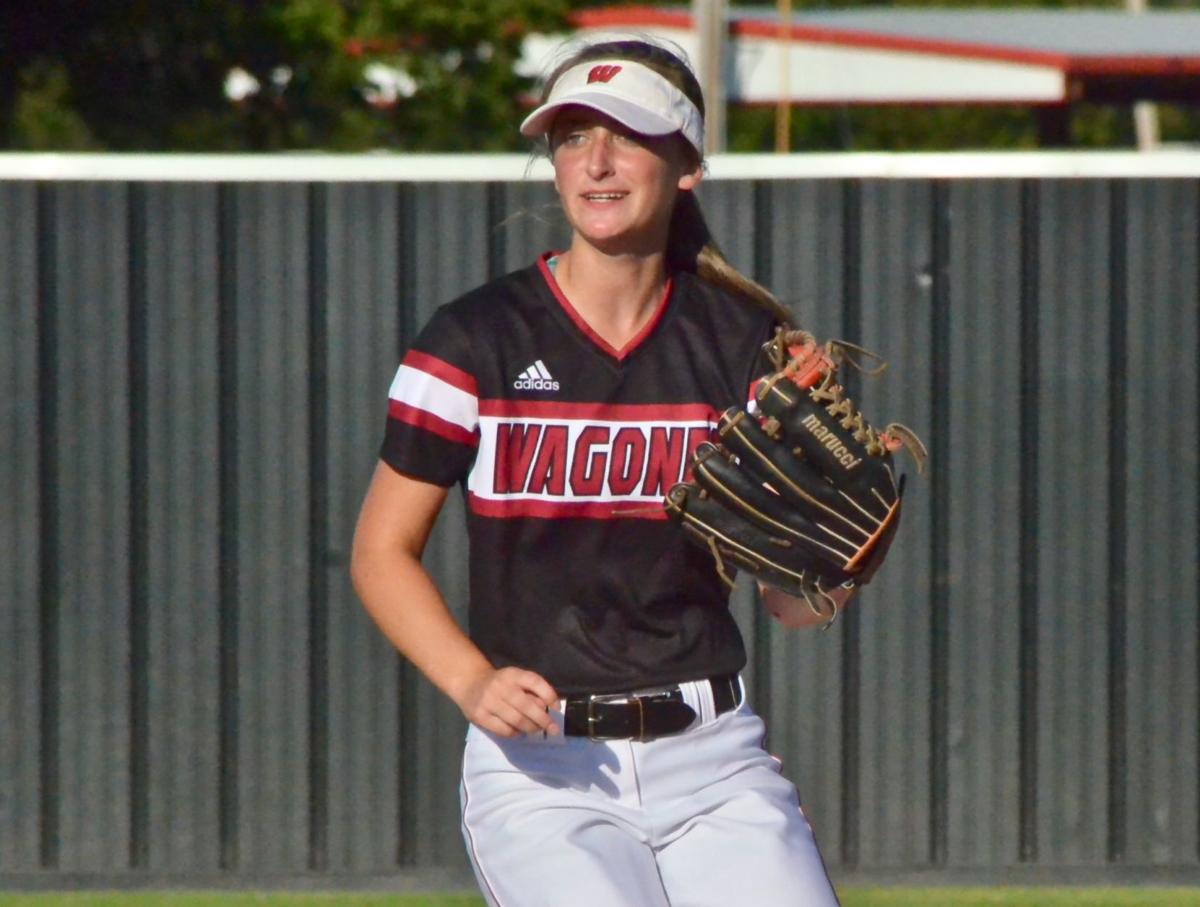 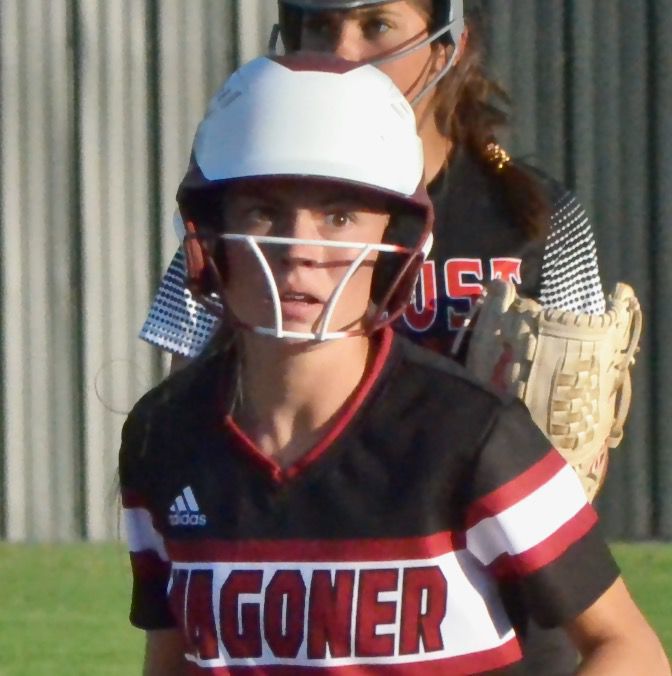 Kaci Murray got an offensive spark with the recent batting lineup shift. 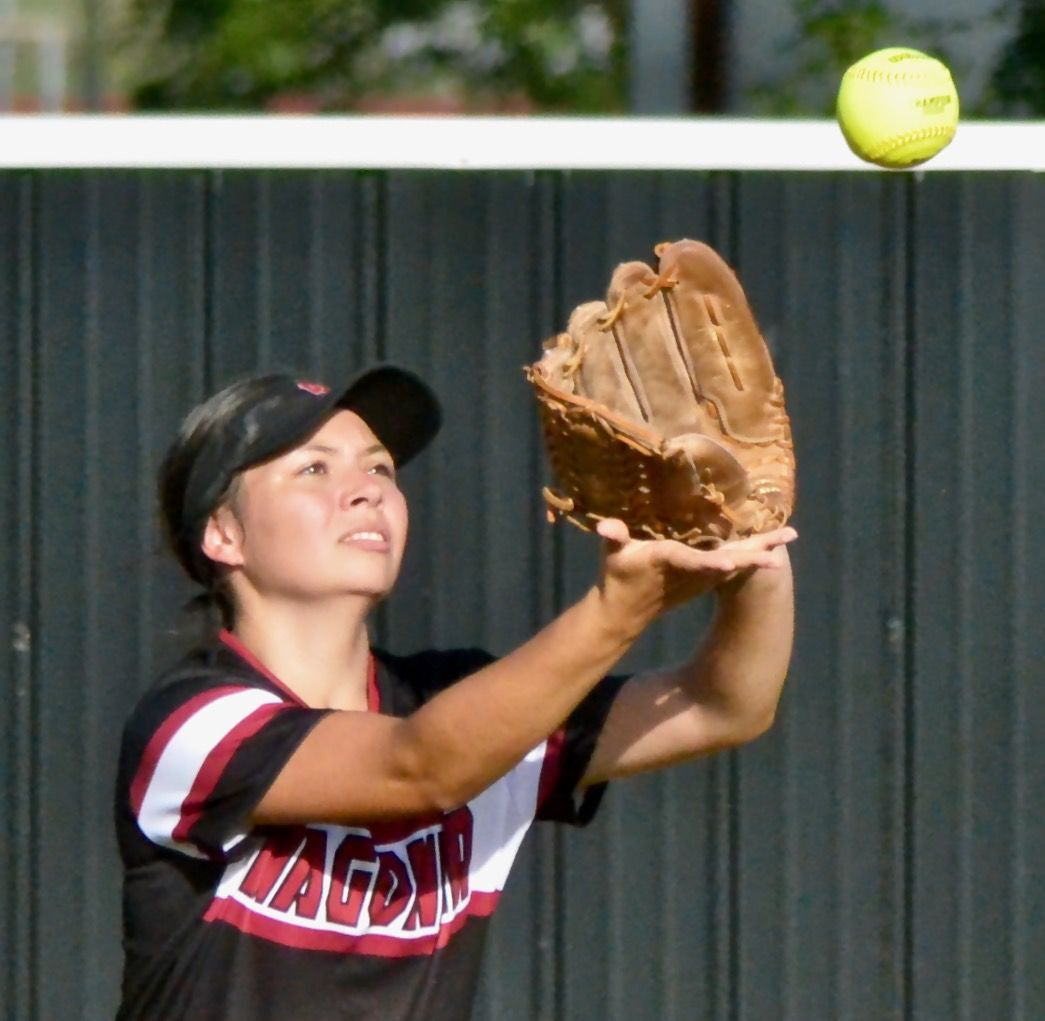 Caitlyn Henson maks the catch in center field and anchors the outfield for the Lady Bulldogs.

A switch in the batting lineup ignited more offense for the Wagoner Lady Bulldogs in their lone game last week.

Wagoner traveled to Inola and lost an 8-6 district battle. However, the six runs was the third highest run count this season.

It was the second time Inola and the Lady Bulldogs have played. The Longhorns won 3-1 in an Aug. 24 clash.

This time, however, Wagoner showed a lot more offense with just a few tweaks to the batting order.

Rain limited the Lady Bulldogs as they played just one game recently.

The team will not play again, unless it is for a reschedule make-up game, before Thursday, Sept. 17. On that day, Wagoner competes in the annual three-day Adair Tournament.

The team returns home for three games beginning on Monday, Sept. 21 to face Berryhill and again on Tuesday, Sept. 22 for a battle with Verdigris. The last home game of the regular season is with Stilwell on Thursday, Sept. 24.

Regional play is scheduled for those teams that qualify on Oct. 8-9.

The State tournament is planned for Oct. 15-17.

Officials with Okay Public Schools posted a letter on Thursday to inform patrons of a development related to coronavirus.

The 2020 Coweta Lady Tiger softball team has had an electrifying run as they approach 5A Regional play. An 11-0 win over Tulsa Edison on Sept.…

Lady Bulldogs wind down regular season with trio of wins

It was a clean sweep for Wagoner Volleyball this week after the Lady Bulldogs posted a 3-0 win over 4th ranked (3A) Summit Christian, a 3-2 wi…

Wagoner offensive line will not shave until the end of the season ... hopefully after the State final

There is a growing situation among the members of Wagoner’s offensive line.

The Coweta Lady Tigers captured a championship title at the 2020 Booker T. Washington “Come Run with the Hornets” meet held Friday, Sept. 24 i…

Grab a pole and head to the lake for fishing fun

What better way to enjoy free time outdoors than by venturing out with a fishing pole and bait and heading to an area lake.

“Knock Out Violence” is the theme of a benefit softball tournament planned Saturday, Oct. 17 at the Coweta Sports Complex. Sponsored by Help-i…

Kaci Murray got an offensive spark with the recent batting lineup shift.

Caitlyn Henson maks the catch in center field and anchors the outfield for the Lady Bulldogs.