Wagoner County K-9 Deputy “ICE” was a large help finding over 100 bags of marijuana trafficked into Oklahoma from an out of state driver.

Penny Feucht, from Racing, Wis. was arrested for knowingly transporting 25 pounds of marijuana in her vehicle, deputies said. Feucht was taken into custody for Trafficking Marijuana without incident.

Deputies said Feucht was driving a white Ford Explorer on May 3 around 11 a.m. They noticed she was in the left lane impeding traffic and had an expired tag. Deputies eventually pulled her over at East 680 Rd and US-69, north of Wagoner.

Deputies said they immediately smelled “a strong odor consistent with the smell of marijuana” from the vehicle.

K-9 Deputy ICE jumped in the driver’s side window and went to the back seat of the SUV where there were several bags of marijuana, deputies said. Wagoner County Deputy J. Burk did some searching himself, and found additional duffle bags and suitcases full of marijuana.

Feucht did not have an Oklahoma Medical Marijuana card, they said. She was transported to the Wagoner County Detention Center.

A former employee of Wagoner’s Front Porch Winery has been charged with two counts of embezzlement by the Wagoner County District Attorney’s Office, and now the winery’s majority owner is suing him for additional matters.

Wagoner High School senior Ariel Luna is only the second student in school history to be named a Chancellor Hans Brisch Scholar.

Stormwater fee yet to be decided in Wagoner

Wagoner’s hydrologist, along with a handful of city officials, are still contemplating how much to charge businesses and homeowners for what they’re calling a much-needed and long overdue stormwater fee in city limits.

Only two students nationwide are recipients of the Phyllis G. Meekins scholarship selected by the PLPGA Women’s Professional Golf Association, and Wagoner High’s Rylie Spaulding is one of them.

Wagoner County Sheriff Chris Elliott wants to make the business owners of Wagoner County and others aware of a scam that is being used to obtain property fraudulently.

The Wagoner County Sheriff’s Office is trying to identify a larceny suspect after surveillance video shows a man stealing fishing equipment from Long Bay Marina in the Taylor’s Ferry area of Wagoner. 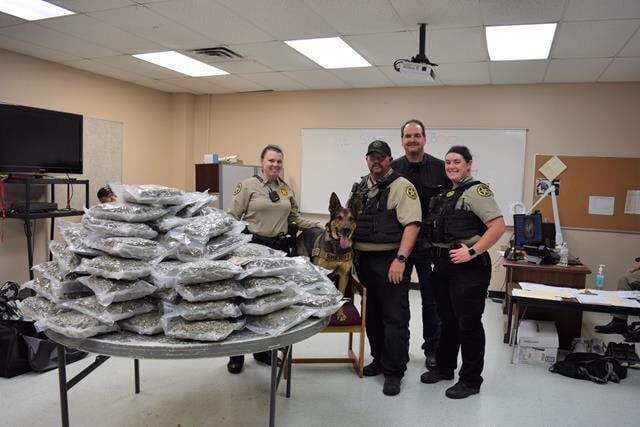 K-9 Deputy “ICE” (center) was the first one to jump in the driver’s side window and go to the back seat of the SUV where there were several bags or marijuana. 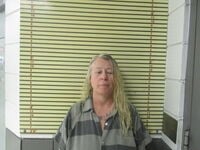