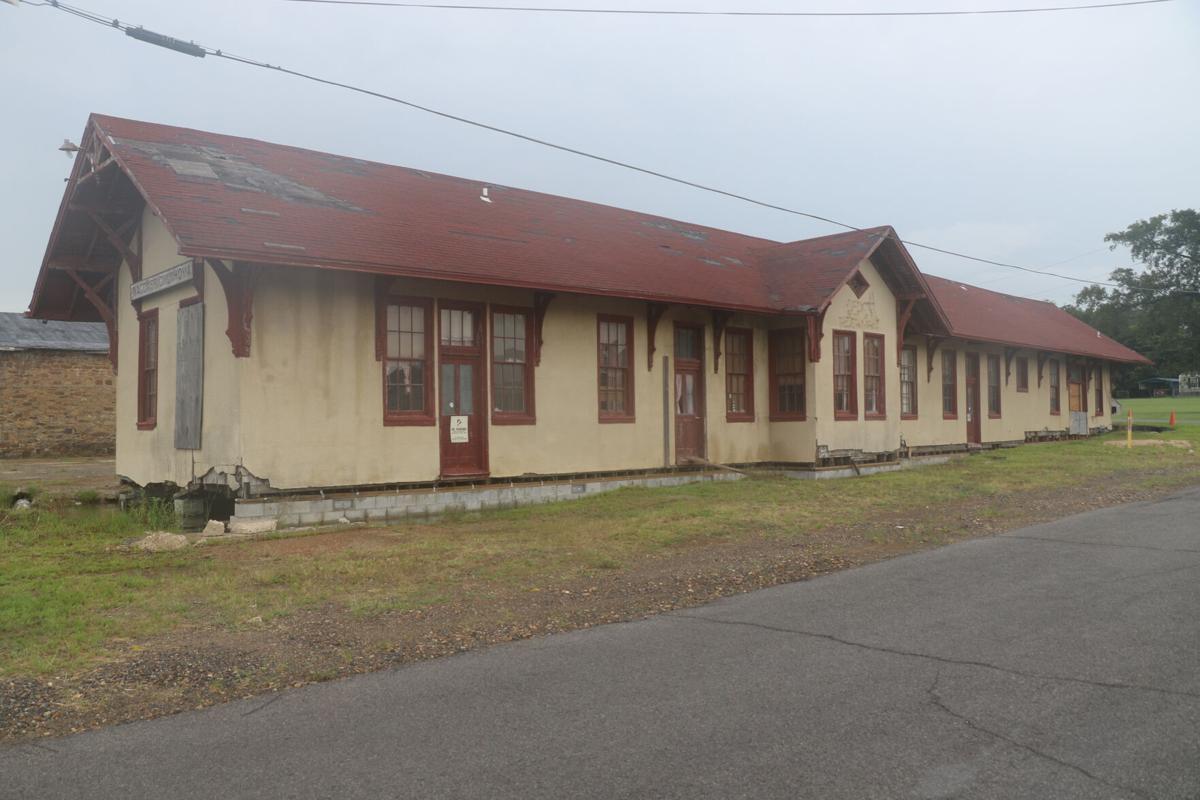 Wagoner Mayor Albert (AJ) Jones would be the first to say that the heart of downtown Wagoner was built off of the Katy Depot. 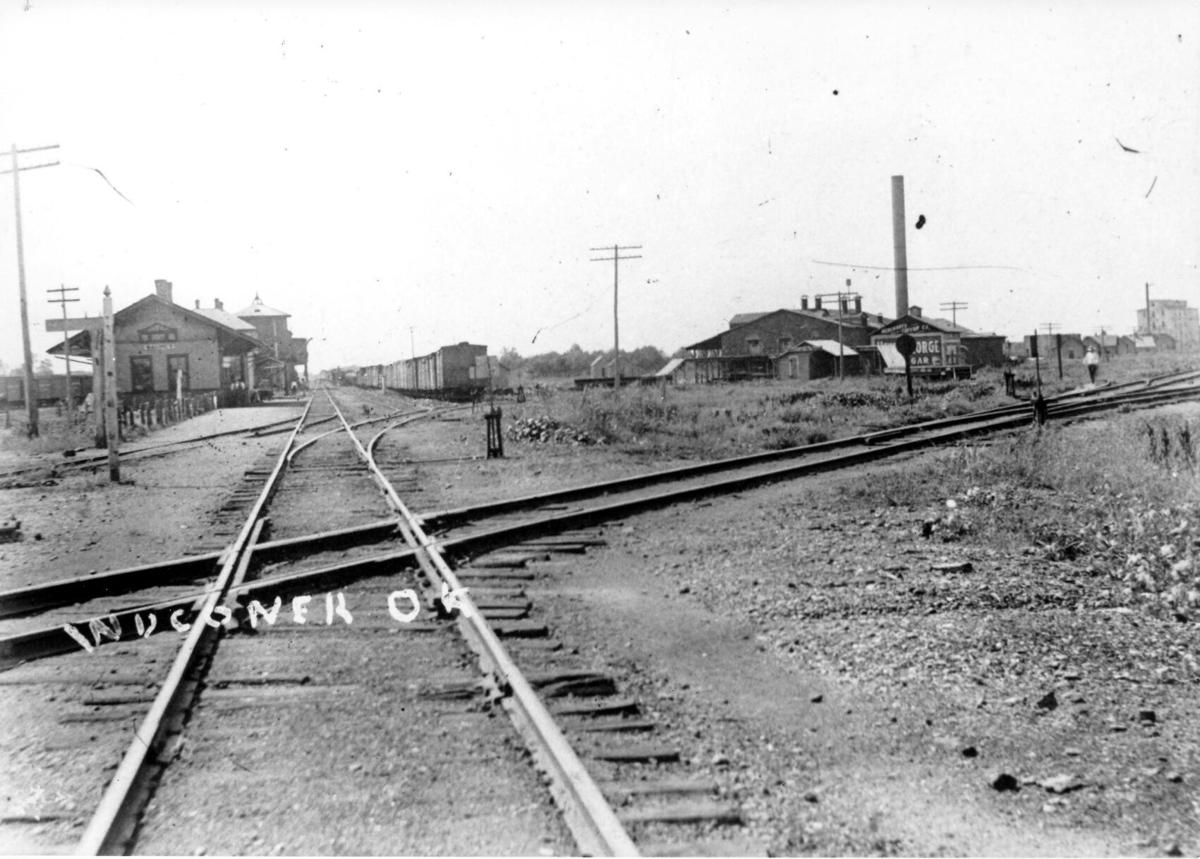 “That’s how you got around – the railroad. Whether they were coming from the east or west coast, they came through that depot,” said Wagoner Mayor Albert (AJ) Jones.

Wagoner Mayor Albert (AJ) Jones said it’s been anything but easy trying to rally the community around restoring and preserving the 125-year-old Katy Depot in downtown Wagoner. The biggest issue: some folks don’t want to pay for it.

Jones said the depot badly needs a roof. It would be the next step in preserving the structure – the same, historic building where people from all walks of life came through, by train, to start their lives in Wagoner. But like any city-owned property, every project needs to get put out to bid.

“That’s how you got around – the railroad. Whether they were coming from the east or west coast, they came through that depot,” said Jones.

Jones would be the first to say that the heart of downtown Wagoner was built off of the Katy Depot. He adds, by an Act of Congress, Wagoner became the first incorporated city in Indian Territory in 1896 – the same year the Katy Depot was built.

Thanks to several fundraising efforts, the historic depot was moved back to downtown Wagoner in two pieces, June 24, 2020 after sitting vacant in disrepair at the corner of Highway 69 and the road to Whitehorn Cove. It served as a restaurant for years with the two rail cars as décor items outside. The depot currently resides on West Cherokee Street and North Smith Avenue, across the street from where it stood back in its heyday.

The city secured a grant in 2017 with the OU College of Architecture’s Institute of Quality Communities (IQC), with assistance from the Oklahoma Municipal League, to design an immense, redevelopment plan that would transform the depot into a world-renowned tourist attraction with adjoining park. OU Masters architecture students designed a plan that called for picnic areas, green space, west side parking, the rail cars and depot in the middle, similar to Tulsa’s “Guthrie Green.”

Wagoner was one of two cities in Oklahoma to receive the grant, with Moore being the other one.

To put it simply – restoring the depot has had a lot of moving parts.

Once the depot was in its new spot, Jones said the council put it up for bid to install concrete blocks and merge the two pieces together in July 2020.

The first contractor and lowest bidder never followed back up, Jones said. A second contractor came and layered the corner, concrete blocks, but got COVID-19 and didn’t return. Two months later, a third contractor came in and set the depot on blocks and conjoined the two pieces together, Jones said.

Next up: roof repairs.

Due to the slowdown from the pandemic, and trying to get it done before the end of the fiscal year, the council had to wait until June 2021 to, once again, advertise bidding to repair and restore the roof and other miscellaneous restoration, Jones said.

Wagoner City Councilors, Patrick Sampson (Ward 1), and Gayla Wright (Ward 2), were the only councilors (out of eight) to vote against the bidding.

The bidding advertisement process must be open for at least 20 days, Jones said. By the July city council meeting, Jones said zero bidders were interested, so the council took no action.

Mayor Jones said he can only hope people against the depot project realize Wagoner wasn’t Wagoner until the depot was built. It was the true heart of the city—and he believes it won’t be long before it is again.

Councilor Sampson said he supports historical preservation if it adds to the quality of life, brings in tourism and is financially viable for the city.

“History shows the roots of our community and its people—but at what cost? I would like to have bids for a couple of restoration companies to see what the overall cost would be. Then we can make a responsible decision to either restore or take significant pieces from the depot, make a replica and demo it,” Sampson said.

Councilor Wright said it is simply a waste of money. She’d rather have taxpayer money go elsewhere.

“This depot is very costly from where it was located to where it is now. We could use that money on fixing our streets, sidewalks, employee pay and parks – especially Lincoln Park. There is nothing for the kids and never has been.”

Sherri Johnston’s lived in Wagoner for 60 years, and like Sampson, she said she’s not ‘totally’ against making the depot a tourist attraction, but feels there are way too many projects that should take precedent in Wagoner.

“For instance – fixing the roads, a sports complex, or putting more playground equipment at the park. The depot is the last thing the mayor should worry about,” she said.

In the last few months, Jones said he has not been a fan favorite on social media. The depot roofing project, in particular, has been a major talker. He said there has been a lot of “static” on social media with false information.

Jones said he encourages the community of Wagoner to take everything they see or hear on social media with a grain of salt.

“I think people are down with what they aren’t up on,” Jones said. “Maybe all they see and all they think about is that they ate there in 1990 when they were a kid growing up and they don’t think about it being 125 years old and the significance of everyone that came to Wagoner. They all came through that threshold.”

Jones said he also encourages anyone to come forward with opinions and/or solutions regarding the depot project.

Sampson said he agrees the depot has significant history and gives Wagoner unique character, but if the price isn’t right, emotions have to get put aside.

“I want people to understand my family has the same decision to make with our family homestead my grandparents built,” he said. “It’s our family’s history. We have many fond memories and I can remember so many things about our grandparent’s home. But we have to make a decision to preserve or demo a place that’s near and dear to our hearts. If the cost doesn’t make sense, then we should make the right decision.”

The Wagoner City Council will advertise for re-bidding again at the August 2 meeting, Jones said. If there is interest, the council will select a contractor to continue depot renovations in September.

Dozens of friends and family gathered at Maple Park in Wagoner Friday to honor, grieve and share memories of a bright soul: Brooke Ponds.

A total of 20 girls and young women will vie for crowns and the opportunity to serve as community ambassadors for the Coweta Chamber of Commerce.

“We don’t expect the numbers to go down," Superintendent Jeff Holmes said.

The newest Ron’s Hamburger and Chili location in Wagoner was originally set to open at the beginning of September, but now co- owner Lindsey Baber believes they won’t be open until the end of the month, or quite possibly into the beginning of October.

The grandstand was jam-packed Thursday, Sept. 16 for the crowning of new community royalty.

Firstar Bank has officially opened its tenth location in Coweta.

City Council: No more than five pets allowed per home in Coweta

Coweta City Councilors amended an ordinance change at the Sept. 13 regular meeting stating residents can have no more than five cats or dogs, combined, in a residence.

Here is a breakdown of active COVID-19 cases in cities and schools across Wagoner County.

The One for Coweta sales tax increase has passed Sept. 14.

About half of the fire/EMS calls come from the north side of Coweta - where the new fire station will be built. That never used to be the case, fire chief Jerry Burtner said.

Wagoner Mayor Albert (AJ) Jones would be the first to say that the heart of downtown Wagoner was built off of the Katy Depot.

“That’s how you got around – the railroad. Whether they were coming from the east or west coast, they came through that depot,” said Wagoner Mayor Albert (AJ) Jones.