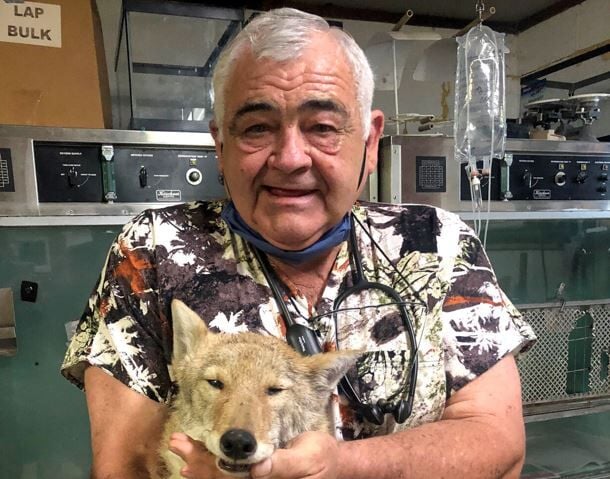 Larry Peters has been at the Animal Clinic of Wagoner since 2000. 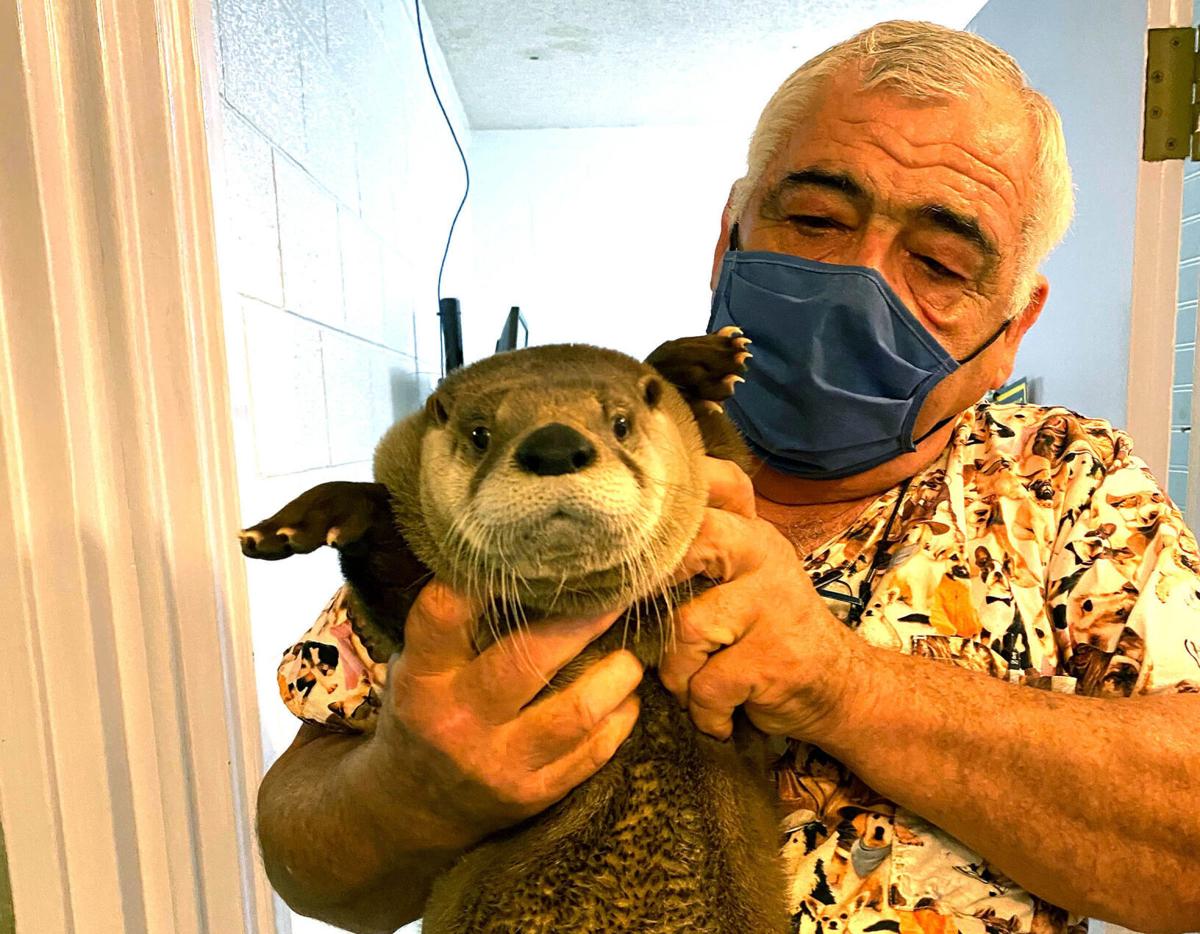 Peters holding an animal at the Three Forks Nature Center

It’s hard to miss Larry Peters. He’s usually decked out in a colorful shirt, and more than likely an animal isn’t too far from his reach.

Peters, the owner of Animal Clinic of Wagoner, has decided to call it a run, and retire. His last day was Jan. 1, 2022.

Peters has worked with a plethora of animals is his decades-long service to them, and it certainly isn’t just cats and dogs. Ostriches, foxes, coyotes, beavers and otters even make the list.

In fact, he has volunteered numerous hours at the Three Forks Nature Center in Sequoyah State Park ‘just because.’ At one time, he owned an ostrich farm in Guthrie, Okla. He did research for the Veteran Affairs Medical Center in Oklahoma City in a previous work-life. Needless to say, his resume is pretty impressive.

Peters, form Pryor, has owned the Animal Clinic of Wagoner since 2000. Dr. Kristen Davis, his associate veterinarian, will take over the clinic of roughly eight staff members.

Peters took over the clinic in 2000 after his friend, Robert Hughes, passed away from a heart attack in 1999. Hughes and Peters went to veterinary school together in the mid-70’s.

Peters said he will work a day or two a week at the clinic to ensure a smooth transition after Jan. 1. However, he has all the confidence in the world that Davis, and the rest of the staff, have it well under control.

Peters plan to remain in Wagoner so he can be close to Ft. Gibson Lake and continue his love for fishing. When it gets cold in Oklahoma, he said he’ll probably escape to Florida.

Coweta City Manager Kolman and Mayor Evette Young said it will be imperative that city staff, and residents, remain forward-thinkers with every future project.

One dead after motorcycle crash in Wagoner County

A motorcyclist is dead after Oklahoma Highway Patrol said he hit a minivan head-on Saturday afternoon on White Horn Cove Rd. in Wagoner.

Wagoner County deputies arrested a man they believe is responsible for stealing a truck out of Cherokee County, burglarizing a dispensary, leading deputies on a chase and providing a fake name.

Coweta quarterback Gage Hamm, a senior, has officially committed to play football at Missouri Southern State University for the 2022-2023 season.

Country Mart Store Manager Mick Grillot is a firm believer that good things happen when products are purchased and distributed within the community.

Elections for a one-cent sales tax increase in Coweta and a vote for a new school board seat in Chouteau-Mazie will take place on Feb. 8, 2022.

Thanks to the Coweta Board of Education approval and a year-long staff effort, Coweta High School officially has a competitive E-sports team.

The Wagoner Public School district decided to transition to virtual learning for Thursday and Friday due to a high numbers of students and staff absences.

Larry Peters has been at the Animal Clinic of Wagoner since 2000.

Peters holding an animal at the Three Forks Nature Center