One hundred and seventy five turkeys and pumpkin pies later — the Thanksgiving food giveaway at Coweta Assembly was clearly a tasty success.

Drive by Coweta Assembly at 11 a.m. Thursday, and you’d see 145 cars in line, wrapped around the entirety of the building. That’s when the giveaway started, but don’t be fooled. There were 75 cars in line at 10 a.m. and 30 at 9 a.m. There were even some cars in line before then.

“We never had a giveaway last longer than an hour,” said Pastor Cody Joiner. This giveaway ended at 11:40 a.m.

Joiner, and the rest of the Coweta Assembly Staff, wouldn’t want it any other way — knowing community members will have Thanksgiving foods to share with their families.

No matter what they do, they will always strive to buy local. For instance, all of the turkeys and pies for the Thanksgiving giveaway were bought at the Country Mart grocery store in Coweta, off OK-51. When they handed out large hams and sweet potatoes to families last Christmas, it was all purchased at the Coweta Walmart.

Coweta Assembly staff tries to do a monthly food giveaway if the funds and time are aligned, Joiner said. No matter how many outreaches they do, the group never fails to help between 150 and 200 people.

“We love being a part of the community,” Joiner said. “We want to give back any way we can.”

They’ll even work with other parishes, such as Claremore First Assembly, and pick up food delivered to them, and bring it back to Coweta. For example, Coweta Assembly crews rented a U-Haul last year, drove out to Claremore, and came back with six pallets worth of food to hand out to Coweta residents around the holidays.

Coweta Assembly staff would like to invite anyone looking for a church home to join them on Sunday mornings at 9 a.m. or 10:45 a.m. They have services for all ages.

After going through a plethora of contractors, the 121st bridge in Coweta is finally repaired as of Nov. 23. 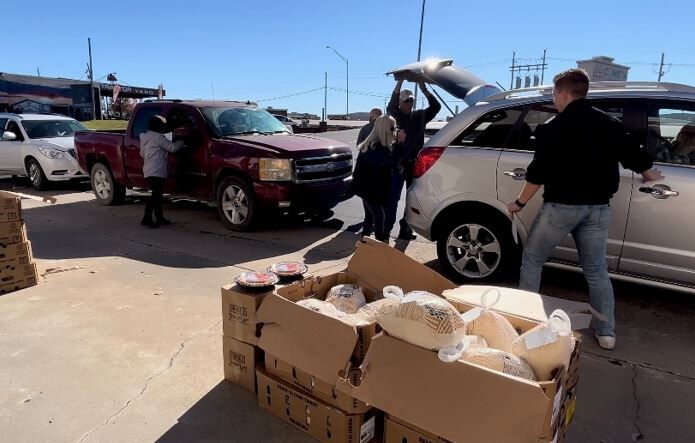 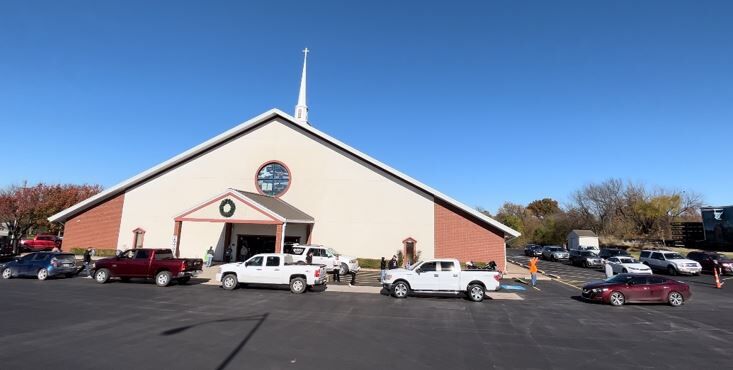 175 turkeys and pumpkin pies were handed out.