Coweta police, Wagoner County Sheriff’s deputies, OSBI and Tulsa police are searching for a man that shot a clerk and stole the cash register late Saturday at the downtown Coweta Kum & Go on 151st and OK-72.

Coweta Police Chief Mike Bell said officers are still looking for the suspect, presumed to be armed and dangerous.

The suspect is described as a white, light-skinned male dressed in dark clothing with a tan emblem and bright colored shoes, he said.

Bell said the clerk was shot about five times when the suspect came into the store with a .45 caliber handgun around 10:30 p.m. The clerk was shot in the left shoulder, abdomen, and a bullet grazed his face.

The clerk was flown to a Tulsa-area hospital, and is in stable condition, Bell said.

“The two of us had a conversation while we were loading him up,” Bell said. “He was in surgery last night and just came back out. He’ll be fine.”

Bell said the suspect walked into the convenience store by himself and went straight toward the back of the store by the slushy machines. A customer, who later was considered a witness, was directly behind him, and walked to the register to buy a pack of cigarettes, Bell said.

“You could clearly hear him talking,” Bell said after watching the surveillance video. “He kept saying, ‘give me all this stuff in the register.’”

Bell said the clerk was protective of the cash register tray, and held it firmly in place. That’s when the suspect starting shooting. At one point, the clerk threw an object at the suspect. The suspect was able to grab the cash tray and leave the convenience store, walking backward and shooting his way toward the door, he said.

A witness saw the suspect leave the convenience store on foot toward Stone Wash car wash, east of Kum & Go on 151st, and disappear into the darkness, Bell said.

A witness heard the suspect yell something to someone on the other side of the car wash, but no one could be seen, Bell said.

No one can confirm that any getaway vehicles were in the area, therefore, police believe the suspect left on foot.

No customers were hurt.

“This has just begun,” Bell said. “This individual shot someone in our town. We’re going to go after him with everything we got.”

Chief Bell hosted a news conference at Coweta City Hall at 3 p.m. Sunday afternoon. He added that there are hundreds of tips coming in. He believes the suspect is not from the area because none of his officers were able to identify him, which they consider to be unusual in high profile cases like this one.

"I've been here seven years and this will be the first armed robbery that we've had," Bell said to a flock of Tulsa-area reporters. "We need as much information as we can possibly get. There was no remorse when he shot this guy."

Coweta police encourage people to stay away from the suspect, and immediately call the department at (918)-486-2121 if they know of any further information. They can also download the 'Tip411' app, and tips and pictures can be submitted anonymously. Anyone with an iPhone can type in 'Coweta PD' in the app store and it will come up.

Kum & Go, in Coweta, is closed until Monday so investigators can continue surveying the scene. Coweta police also plan to release video of the incident on Monday.

This story will be updated as more information becomes available.

After going through a plethora of contractors, the 121st bridge in Coweta is finally repaired as of Nov. 23. 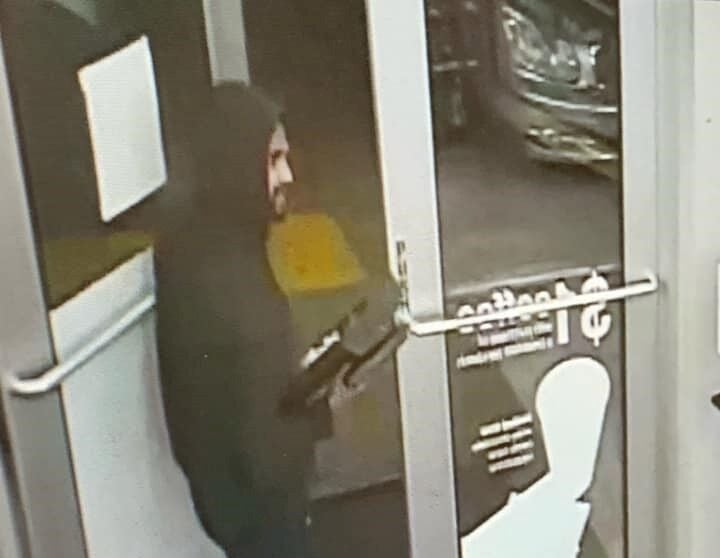 A suspect in a Coweta convenience store robbery is described as a white, light-skinned male dressed in dark clothing with a tan emblem and bright colored shoes, officials said. 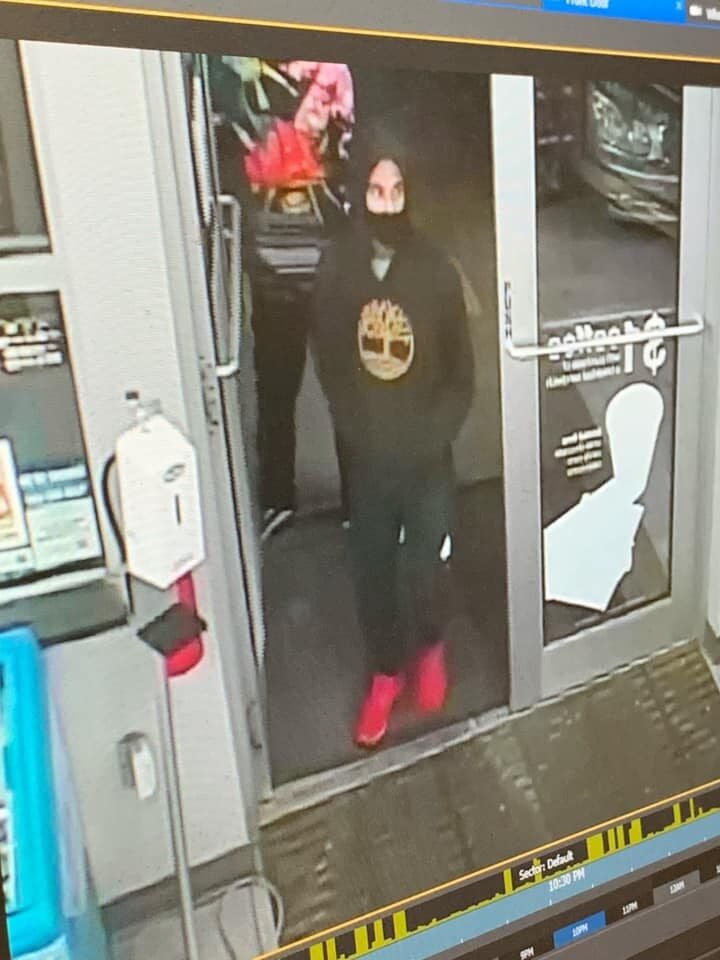 The suspect in a Coweta convenience store armed robbery is pictured. 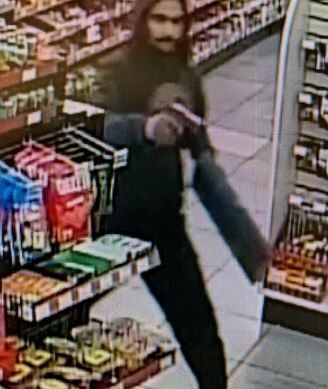 The suspect had a .45 caliber handgun.