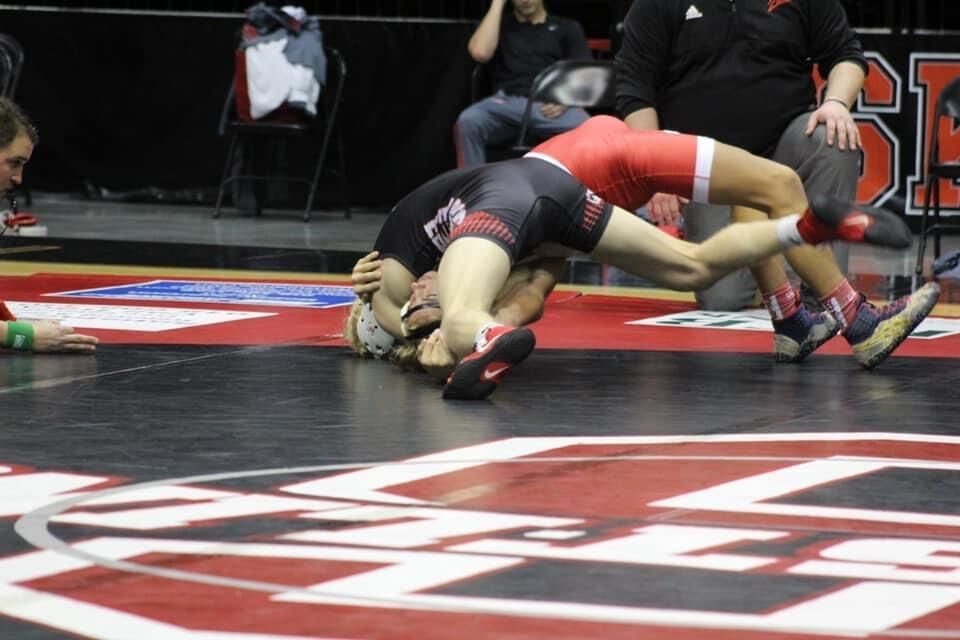 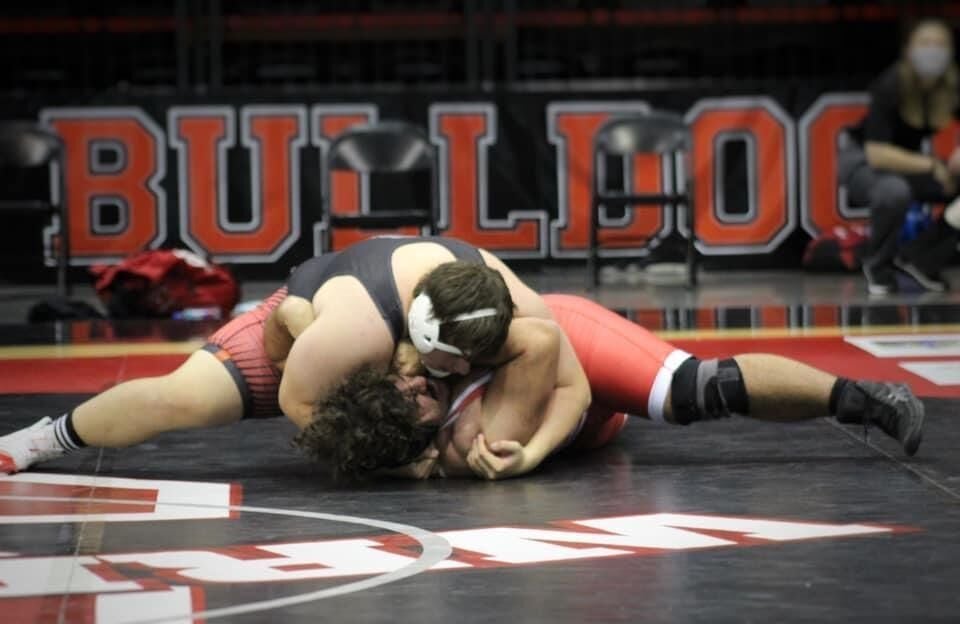 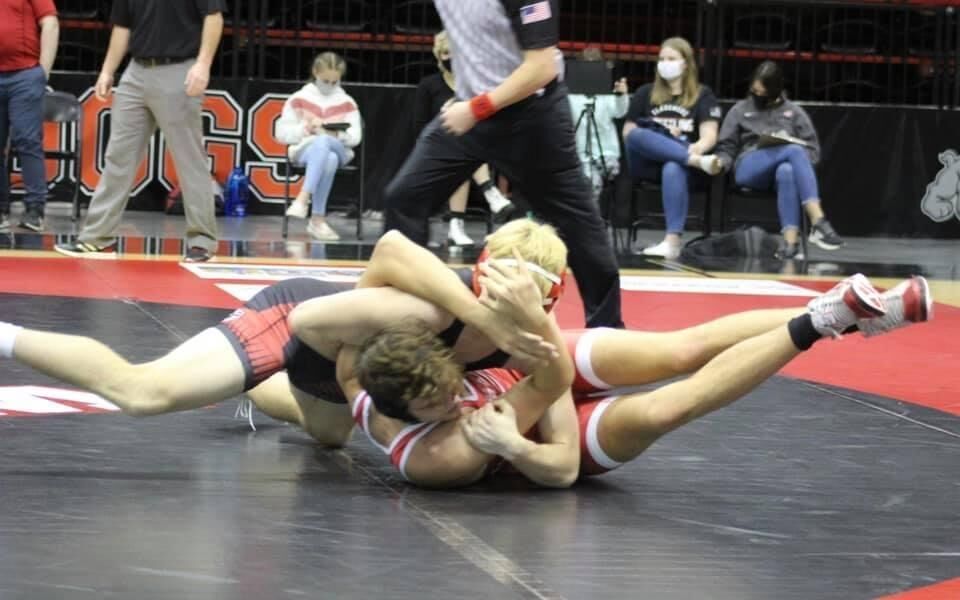 On January 4th the 5A #2 Skiatook Bulldogs hosted the 5A #10 Claremore Zebras.

Going into the night the Bulldogs were aware of Claremore’s multiple returning state placers and knew there would be some tough matches. The dual started off with Claremore forfeiting the first three matches spotting the Bulldogs an eighteen-point lead. The Zebras came right back and won the next two matches making the dual score 18 to 7. After the dust settled with those back to back losses the Bulldogs went on a roll and pinned seven out of the next nine matches giving them a lopsided 66 to 10 victory.

Up next for the Bulldogs was senior Sam Harris (S) at 138lbs. He wasted very little time in pinning Caden Robertson at the one minute twelve mark in the first period. Josh Taylor (S) at 145lbs pinned Kai Shultz midway through the second period giving the Bulldogs a twenty-three point lead over the Zebras. Isaac Long (S) wrestling at 152lbs had three takedowns and an escape before pinning Gage Wilson in the third period.

At 160lbs Tony Johnson (S) pinned Brayden Irvin with one second remaining in the first period making the dual score 42 to 7. With that win the Bulldogs secured the dual victory with five matches remaining.

Cougar Andersen (S) wrestling at 170lbs took down Jakoby Banks four times before pinning him at the one minute thirty-eight second mark in the first period.

Getting the quickest pin for the night was Alex Johnson (S) after he pinned Vincent Christy in just fifty-six seconds at the 182lb weight class. Hunter Hall (S) at 195lbs lost a close decision to the Zebras BK Seago. At 220lbs Forrest Johnston (S) received a forfeit. Heavy Weight Nate Easky (S) only needed one takedown before pinning Matthew Luna midway through the first period.

With that pin the Bulldogs defeated the Zebras 66 to 10.

The Skiatook Bulldogs fell behind early and couldn't come back in an 8-2 loss to Pryor on April 6. P

The Sperry Pirates came from behind with a sixth inning streak to defeat Metro Christian 5-2 on April 5.

The Skiatook Bulldogs met Bishop Kelly on the baseball diamond March 30, 2021, but lost their lead in the bottom of the fifth. Bishop Kelley won 3-2.

All sporting events are subject to change or cancellation due to COVID-19. Attendance at many events has been limited. Masks and social distan…

The Sperry Pirates headed to Mannford for the Keystone Classic March 18-20 and won 3rd place overall.