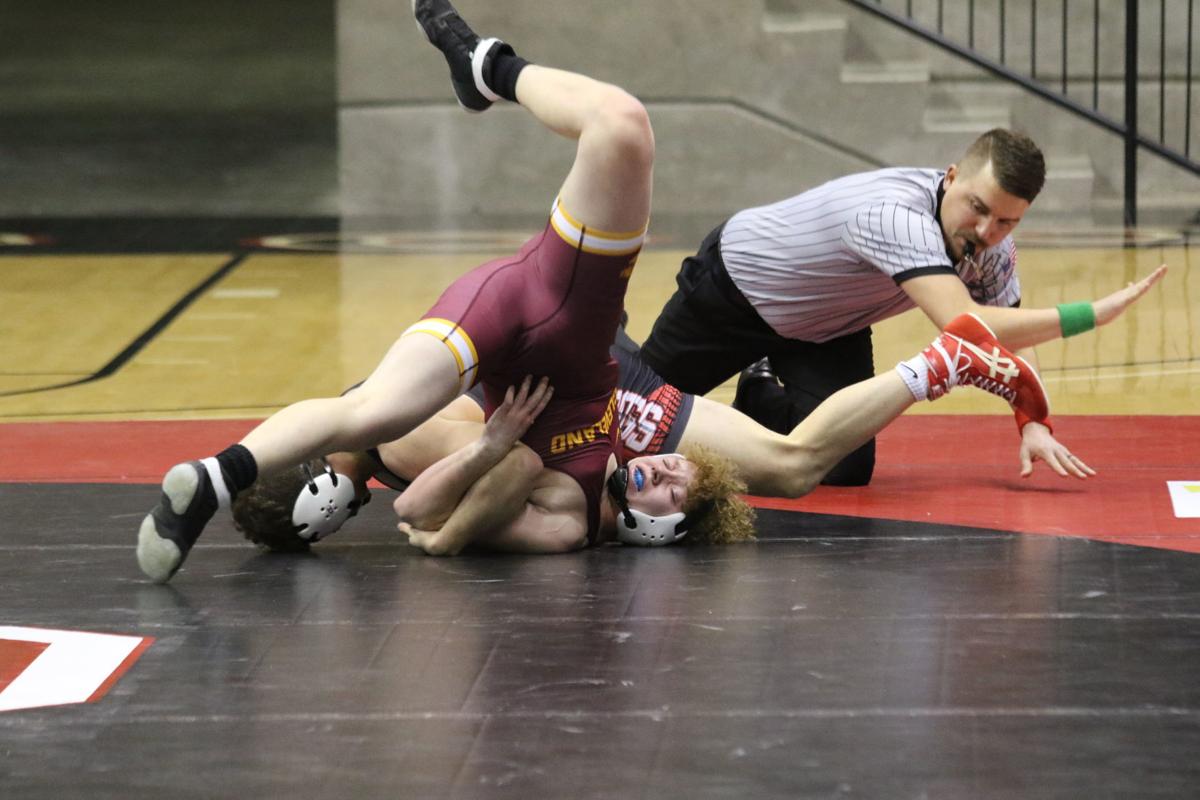 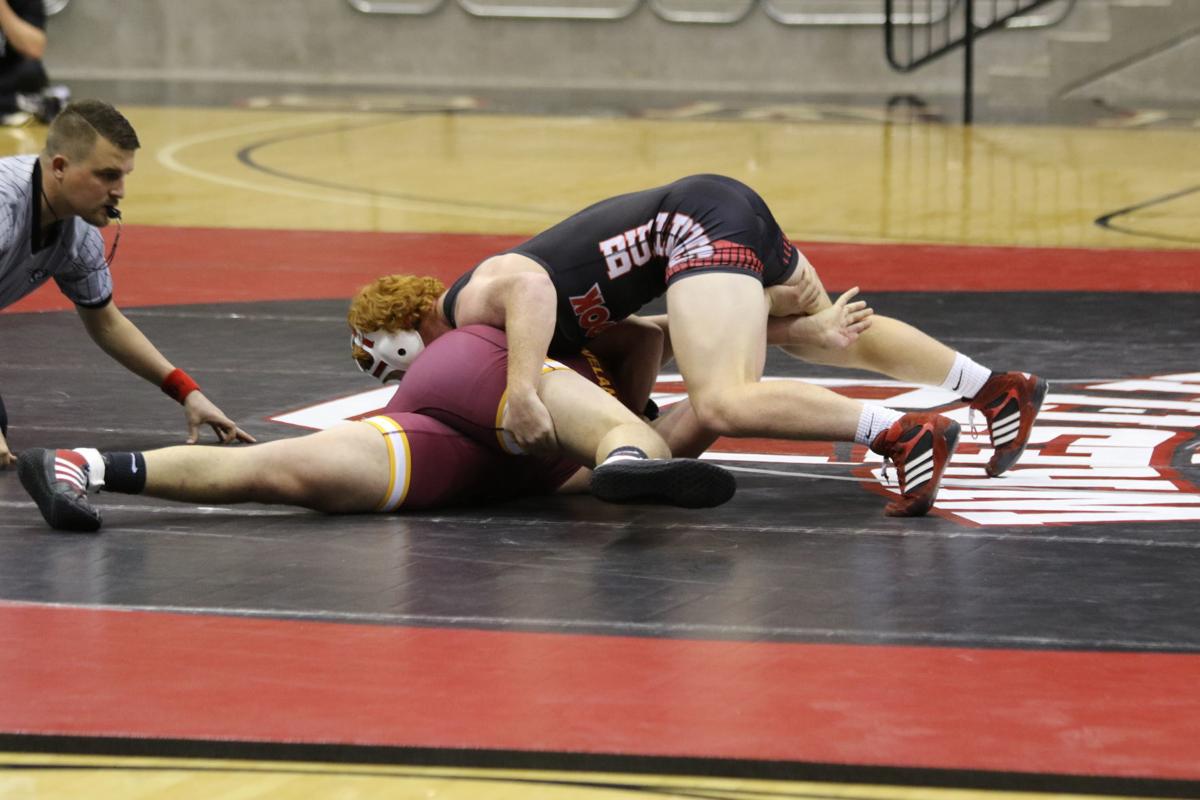 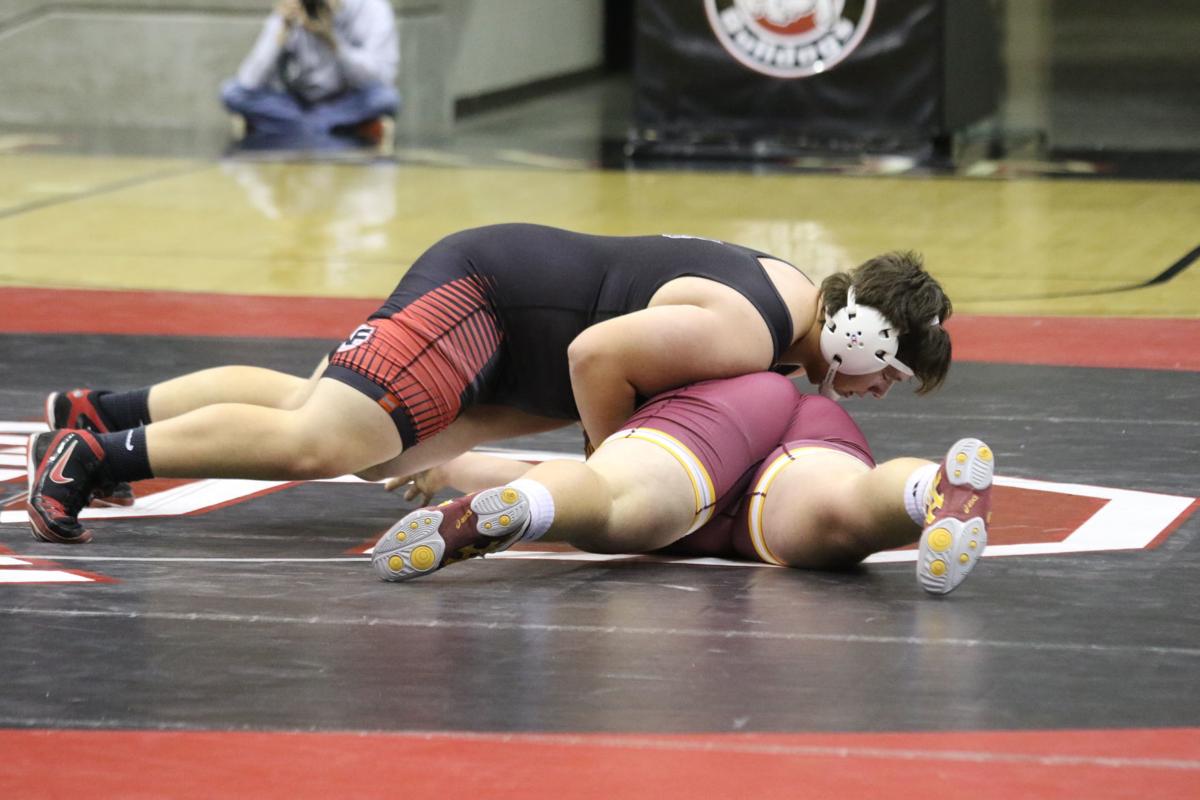 On December 3rd the 5A #2 Skiatook Bulldog wrestling team hosted the 4A #14 Cleveland Tigers and won in dominating fashion 69 to 6. The returning Team and Dual State Champions are coming off of a dream season last year and are working hard to continue that this year. They return two state champions in Josh Taylor and Cougar Andersen, two state runner ups in Cody Francis and Richie Lee, a third place finisher in Hunter Hall, two fourth place finishers in Tony Johnson and Devin Wilson and a state qualifier in Kyle Bowman from last year’s squad. Plus the Bulldogs add four very talented wrestlers in the lineup this year in two time state qualifier Cale Glover who is healthy and back from injury along with Brian Pollard that was a state placer as a freshman for the Bulldogs two years ago. Move in Brody Gee which was a 5A state runner up at 106lbs last year and Freshman Josey Jernegan look to make Skiatook’s lower weights as tough as they have ever been and add depth to an already talented team. Jacob Myers, BK Seago, Alex Johnson and Nate Easky also return as starters and are working hard to qualify for the State Tournament this year.

At 106lbs Skiatook’s Canyon Curtis won by a 12 to 0 major decision over Wagner. Skiatook’s next three wrestlers 113lb Josey Jernegan, 120lb Brody Gee and 126lb Kyle Bowman all received forfeits making the dual score 22 to 0 in favor of the Bulldogs. At 132lbs the Bulldogs Jacob Myers lost a close 7 to 3 decision and at 138lbs Cody Francis lost a nail biter in the sudden victory period 3-1. At 145lbs the Bulldogs sent out 2X state champion Josh Taylor. Taylor man handled his opponent Dekker and came away with a 19-3 technical fall. Cale Glover at 152lbs for Skiatook returned to the mat after sitting out for a year because of a torn ACL wrestled Florer for the Tigers. Glover looked solid and came away with a first period pin at the 1:47 mark. Cougar Andersen at 160lbs, Richie Lee at 170lbs and Hunter Hall at 182lbs all received forfeits making the dual score 51 to 6 after 11 matches. The next three matches for the Bulldogs were all pins starting off with BK Seago at 195lbs for the Bulldogs. He fought hard and pinned Clark for the Tigers midway through the second period. Alex Johnson for the Bulldogs wrestled at 220 and pinned Mitchell at the 3:48 mark. The Bulldogs heavy weight Nate Easky came away with his pin over Wade of the Tigers half way through the second period making the final dual score 69 to 6. The Bulldogs looked very tough from top to bottom and are looking forward for this year’s dual and tournament season.