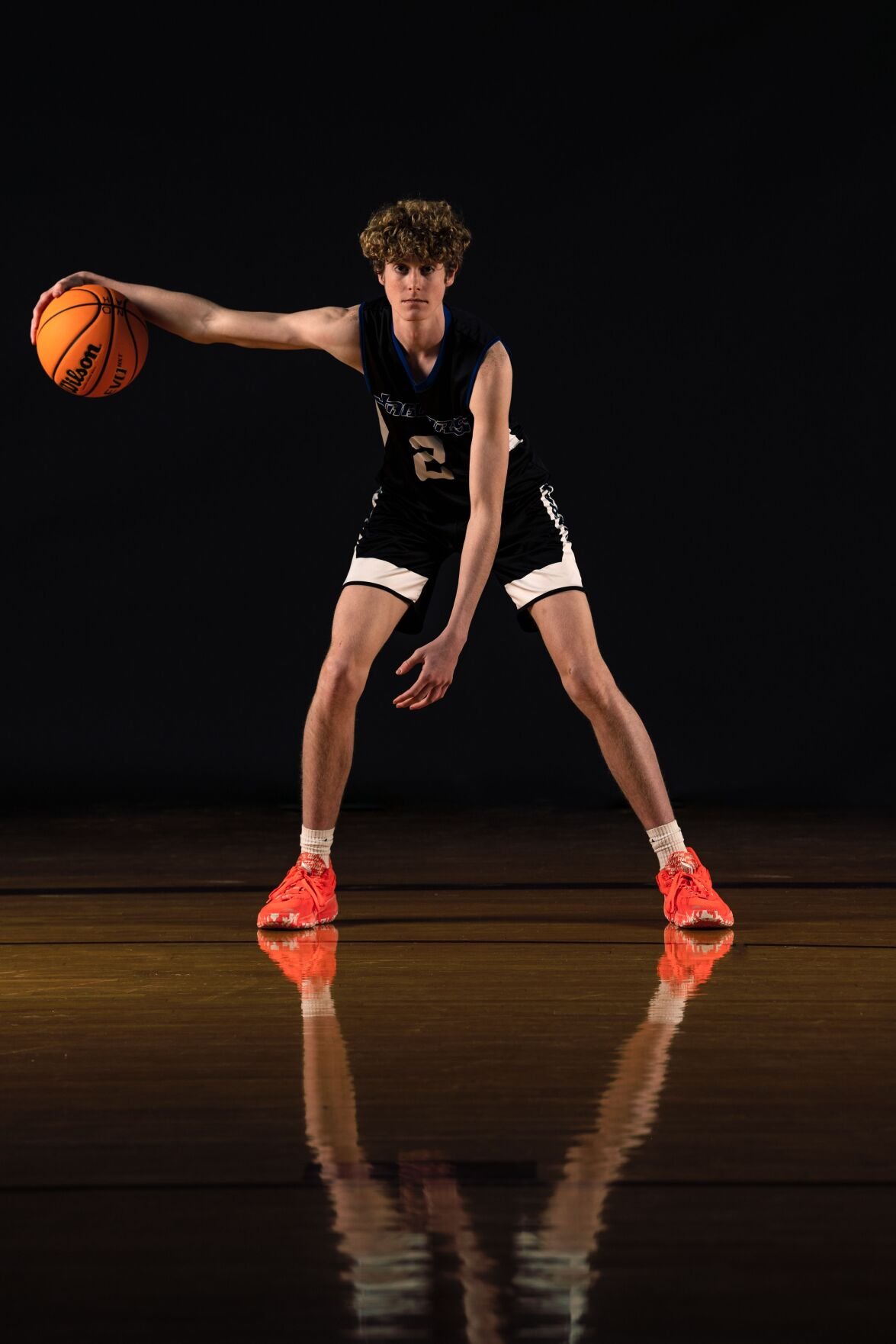 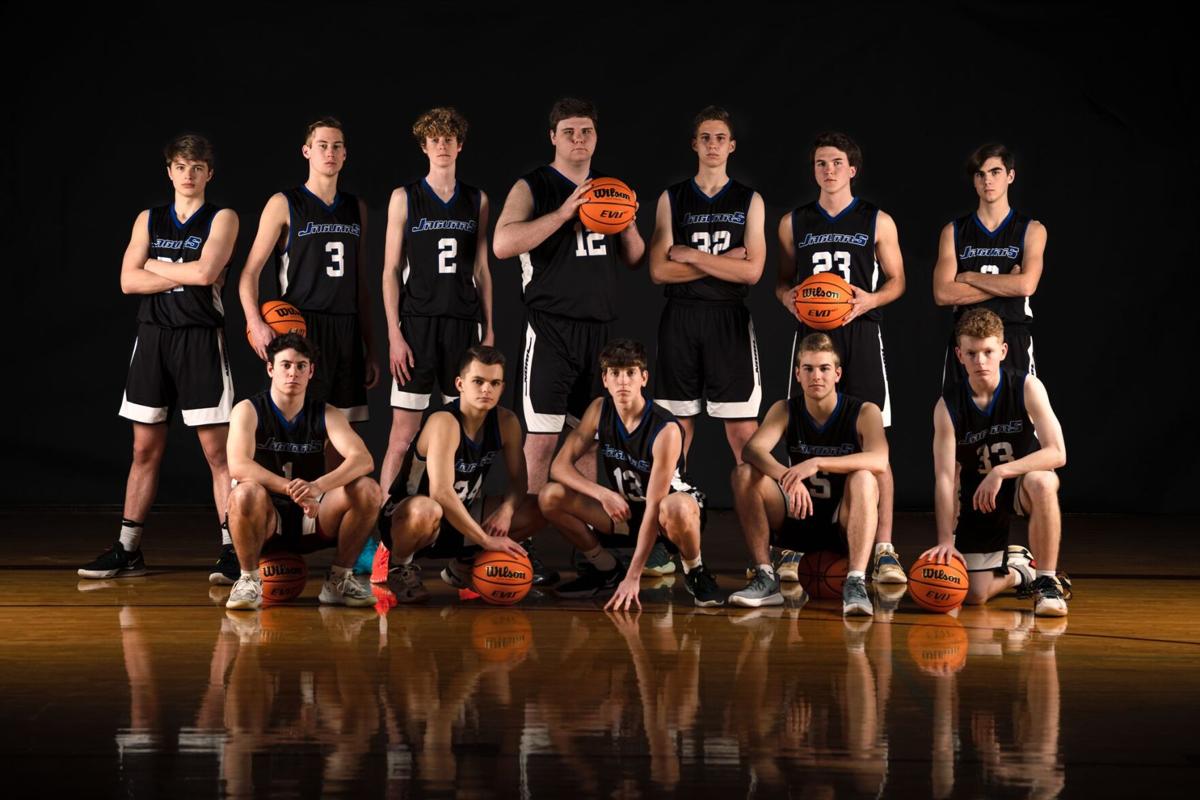 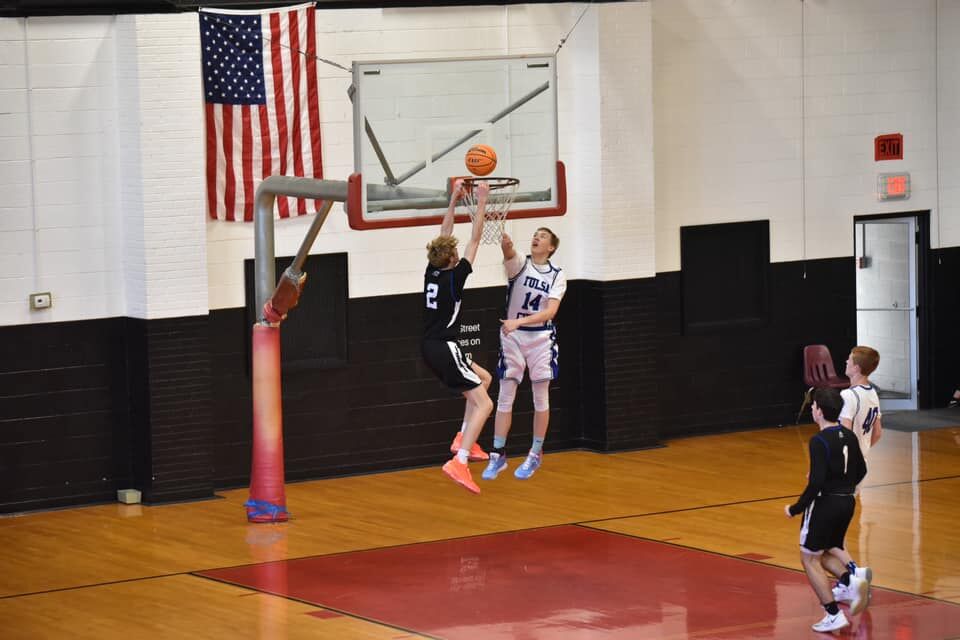 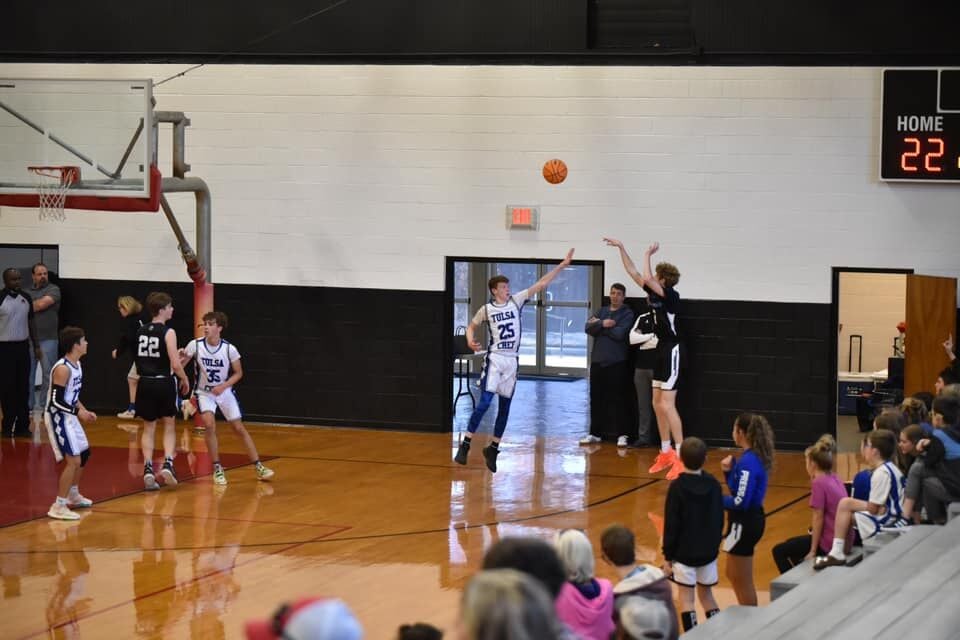 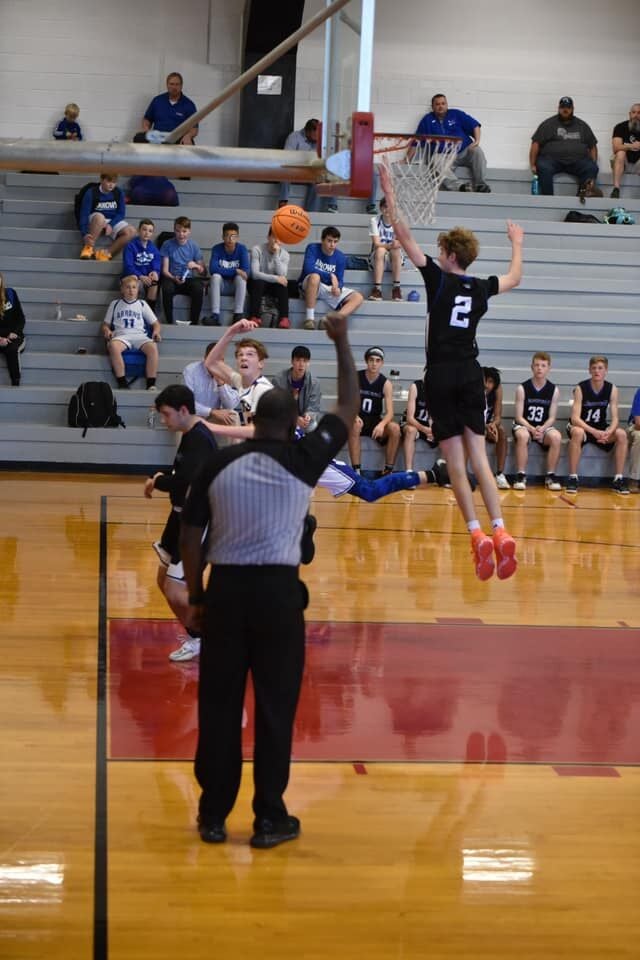 The Jags entered the tournament as the overall #1 seed out of the 46 teams competing from around the nation. NOAH began their tournament run by winning their divisional bracket. After a first-round bye as the #1 seed, they defeated the Columbus (IN) Hawks 77-32 to advance to the divisional championship game, where they beat the HEA (MI) Firebirds 74-63 to claim their divisional gold ball trophy.

The Jags advanced to the Gold Ball Showdown Series bracket by winning their division, again earning a first game bye as the #1 seed. Their semi-final game was a victory over the Dallas (TX) Thunder by 58-45, which advanced the Jags to the NCHBC National Championship game. Leading scorers for the Dallas Thunder game were Jarreth Ingram, from Skiatook, with 21 points, Jacob Crow, from Sperry, with 15 points, and Sullivan Wagner, of Tulsa, with 11 points, and Conner Hill, of Skiatook.

Led by head coach Jeff Hislop and assistant coaches Russell Hill, from Skiatook, and Brian Babcock, the NOAH Jags finished the season with a 31-2 record, which also included winning the NCHBC Heartland Regional Tournament, defeating the OKC Storm in the regional championship game 63-58, as well as winning the NCHBC Red River District Tournament with a victory over Dallas (TX) HSAA Angels 76-70.

Many of the players on the 16U team also “play up” on the 18u team, which finished first in their national division bracket to advance to the final eight for the overall national championship bracket. The 18U team finished the tournament by placing fifth, competing with 76 teams from around the nation.

Ingram won the Red River District Tournament MVP for 16U. Several team members earned various regional tournament honors. Jacob Crow of Sperry and Jarreth Ingram of Skiatook were named finalists for Most Valuable Player at the Heartland Regional tournament in the 18u bracket. In the 16u bracket, Ingram was Named Tournament Most Valuable Player for the region. The 16u and 18u NOAH coaches awarded Ingram the team MVP at Nationals. Ingram finished the National Tournament by winning the three-point competition.

Jarreth Ingram has a talent for basketball that is taking him to new heights after the tournament. This summer, the 16-year-old will be playing for the Team Trae Young on the Adidas 3SSB shoe circuit. Young supports the team as well as approves coaching staff along with his father. The 16u team is coached by Josh Davis from Mustang High School.

Ingram dreams of playing for a Division 1 team and then hopefully one day, the NBA, and he puts in the hard work to get there. He puts in 20 to 25 hours a week on the court practicing in addition to homeschooling. He works on shooting, ball handling, conditioning through running, weight lifting, and strength training.

“I want to be the best that I can be. I want to use my talents to help glorify God and also to help pay for college,” Ingram said. “I want to play D1 collegiate basketball while also studying to become an orthopedic surgeon specializing in spinal injuries. Hopefully, I will be able to play professionally someday.”

Last summer, Ingram played for PWP/Team Griffin and was noticed at the OK State tournament. Prep Hoops ranked him #15 in the state. Ingram also traveled to Dallas for PANGOS, where he made the top 60 players despite not playing in his usual position. Johnny Dash featured one of his dunks from early that season as the number one dunk in their top 10 countdown.

“In October, we started receiving multiple phone calls from various summer teams including the Tulsa Hawks, Buddy Buckets, and Team Trae Young, all promoting their teams and asking Jarreth to play for them,” said Kerry Ingram, Jarreth’s mother. “Of course, we had had a great experience with PWP/Team Griffin, and all of those teams would have been great, but with the offer from Team Trae Young, Jarreth decided he wanted to play on the Adidas shoe circuit. It didn’t hurt that Team Trae Young had also offered a spot to Jarreth’s good friend, Seth Pratt, the only other kid from the Tulsa Metro area on the team.”

Pratt, originally from Sperry, now plays for Tulsa Memorial and is ranked #8 in the state.

Ingram gets a lot of support from his parents, coaches, and teammates.

“I love how well you see the results of hard work, whether it’s in individual skills or team chemistry. You can watch a group of people practice together for the first time, and they don’t play very well together. But, in as little as a few weeks, those same guys will rely on and trust each other on and off the court,” Ingram said. “I know when I’m on the court, I have four other people out there working with me and many more on the sidelines relying on me. I use that as motivation to be the best I can be, so when I’m out there, I’m not just trying to do well for myself but also everyone else.”

The Skiatook Bulldogs spent very little time in the field and a lot of time running bases in the April 12 game against Hale.

The Skiatook Bulldogs fell behind early and couldn’t come back in an 8-2 loss to Pryor on April 6. P

The Skiatook Bulldogs met Bishop Kelly on the baseball diamond March 30, 2021, but lost their lead in the bottom of the fifth. Bishop Kelley won 3-2.

The Sperry Pirates came from behind with a sixth inning streak to defeat Metro Christian 5-2 on April 5.