The lone member of the Statewide Virtual Charter School Board to vote no on termination proceedings against Epic Charter Schools this week is a family member of one of the school’s two co-founders who have reportedly become millionaires through their deal to manage the school.

A tip-off to the posts prompted the Tulsa World to track down public genealogy records that show Chaney and Shepherd are related on Chaney’s father’s side of his family.

Both Shepherd and Chaney acknowledged being related but denied it represents a conflict of interest because they consider it to be a distant relation.

“That’s kind of a complicated thing. His grandmother was my half-sister, and she was like 14 years older,” Shepherd told the World. “It’s not a close relationship. I’ve never been to his house; he’s never been to my house – I certainly don’t have anything to do with talking with him about virtual charter school board business.”

Assistant Attorney General Marie Schuble on Tuesday recommended that the Statewide Virtual Charter School Board enter into termination proceedings based on new findings from the state auditor that Epic’s operators may have violated their contractual fiscal management standards and violated various laws, as well as for “good cause.”

Shepherd said at the meeting that she could not support such a move without Epic first having the opportunity to rebut anything reported in the state’s forensic audit.

Schuble explained that that is what termination proceedings are for, since a public hearing will be set in a few months at which she will present evidence and Epic and its attorneys will have the same opportunity.

Only at that juncture would the Statewide Virtual Charter School Board be faced with the decision to vote to actually terminate Epic’s sponsorship contract, and settlement and negotiations are also a possibility between now and then, Schuble had said.

Ultimately, the board voted 3-1, with Shepherd voting no.

Shepherd, of Henryetta, was appointed to the board that oversees all statewide virtual charter schools by House Speaker Charles McCall, R-Atoka, in 2018.

“Our office was not aware of any relationship. The House expects its appointees to abstain where a conflict exists,” said John Estus, a spokesman for McCall, when contacted by the World on Wednesday. “Because the House makes hundreds of required annual appointments, the House expects appointees to disclose conflicts that are not readily identifiable. This appointee did not disclose any relationship. Now that this has been brought to our attention, our office intends to gather additional information and review the appointment.”

Estus also noted that among the House’s two appointees to the statewide virtual board, one also voted for Tuesday’s motion to enter into termination proceedings against Epic.

“There was no communication between our office and these appointees concerning Tuesday’s board meeting,” he said.

Asked how she came to be appointed to represent the Second Congressional District on the statewide virtual board, Shepherd said, “The Speaker of the House called me. I have some friends – a son and daughter-in-law of one of my good friends I went to college with. They said they were looking for someone with teaching experience and I have 30 years’ experience. I don’t have any idea how my name come up, but it was through them.”

John Harrington, who currently serves as chair of the Statewide Virtual Charter School Board, responded to the information by saying he would be instructing the board’s legal counsel to investigate.

“Ms. Shepherd has not disclosed any violation of the ethics rules to our Board or its counsel,” Harrington said. “The Virtual Charter School Board, like all boards, are governed by specific ethics rules, and members of the Board are advised of these rules.”

In September, Harrington led the censure and removal from the board’s newly formed audit committee of member Mathew Hamrick.

Hamrick was accused of intentionally avoiding public votes by the board in 2019 and 2020 on matters seeking to unmask Epic’s use of tens of millions of taxpayer dollars to date budgeted for student learning that Epic, the largest online school operator, is keeping private and for going rogue on the board’s official support for the state auditor’s legal battle over Epic Charter Schools’ spending records.

As previously reported, records from the Oklahoma Ethics Commission show that David Chaney contributed to Hamrick’s 2017 campaign for Senate District 45, which he lost.

Chaney, whose for-profit school management company takes a 10% cut of every taxpayer dollar allocated to the Statewide Virtual Charter School Board for Epic, provided a written statement through a school spokeswoman, echoing Shepherd’s sentiment about the family connection being a distant one.

“We don’t do family dinners together, and we are not of close enough relation to present a conflict, according to state statute. Anyone who knows Phyllis, a retired teacher, at all knows her to be independent in the best sense of the word,” reads the statement.

Chaney added that he thinks several board members and staff members at the Statewide Virtual Charter School Board “stand to gain if Epic can no longer operate.”

“For example, (Executive Director) Becky Wilkinson’s daughter is the head of school for another virtual school – a competitor of Epic’s. Barry Beauchamp (a board member) is now retired from Lawton Public Schools, but he can’t be happy about the 1,500 students from his community who chose Epic instead. (Vice Chair) Robert Franklin has deep ties to brick and mortar schools and John Harrington is a consultant, and his customer base is brick and mortar schools who are hemorrhaging students as we continue to grow.

“If you want to know who stands to gain the most from the board’s action yesterday, look at the members who voted to begin the termination process.”

Lawton Public School officials disputed Chaney’s statements about their district. Assistant Superintendent Jason James said Lawton’s total enrollment is down a total of 1,200 over the last five years, which he said is also attributable to military family departures and students transferring to growing area schools such as Elgin and Cache. And he said Beauchamp retired as superintendent there 7 years ago.

The man's identity has not yet been determined, and his cause of death is pending, a spokesman said.

Skiatook has 55 active cases, Sperry has 15

Many birds mate for life – penguins, swans, geese, bald eagles, condors and others. If a swan loses its mate, the surviving bird goes through …

The Oklahoma Corporation Commission has approved a settlement agreement which will initially result in an average increase of $1.27 in the ave…

The Newman Middle School choir performed at the Constantine Theater in Pawhuska on December 3.

Kathy Garza, inspired by God, has left a legacy of giving

It is with sadness in our hearts that we announce the passing of Kathy Garza.

In continued efforts to keep Cherokee families and students safe, the Cherokee Nation held a COVID-19 and flu vaccination clinic at Sequoyah H… 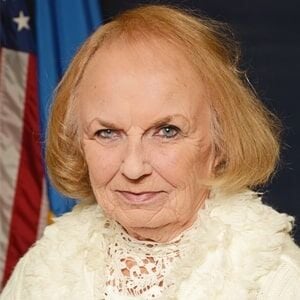 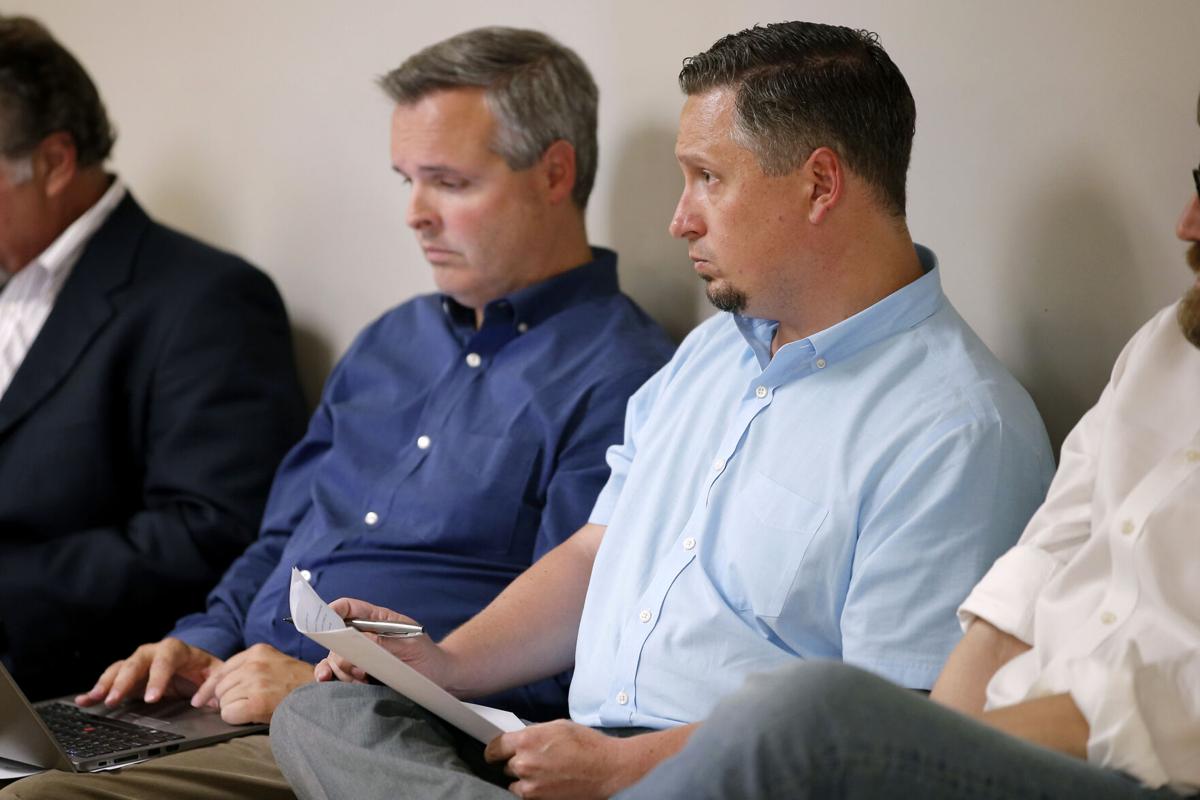 Phyllis Shepherd, who represents the Second Congressional District on Oklahoma’s Statewide Virtual Charter School Board, identified herself in an anniversary greeting to Epic Co-Founder David Chaney as “Aunt Phyllis.” 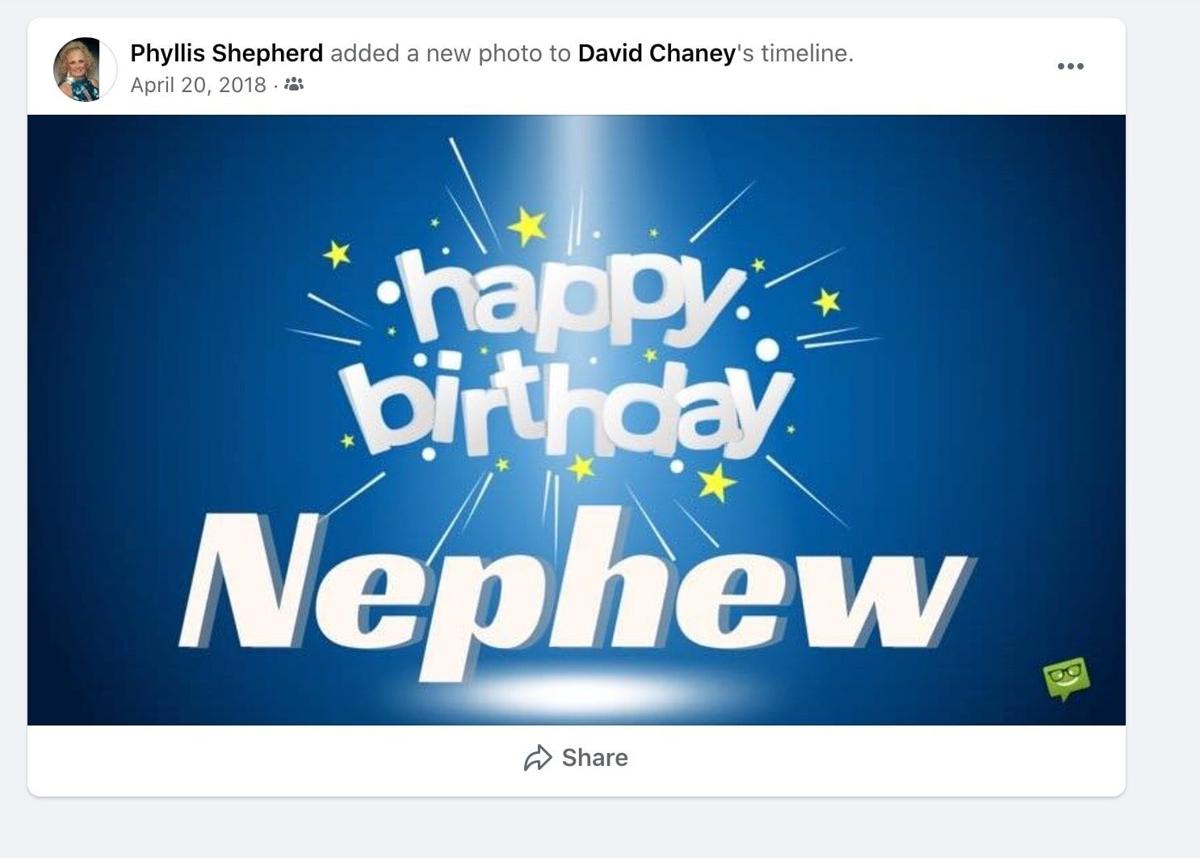 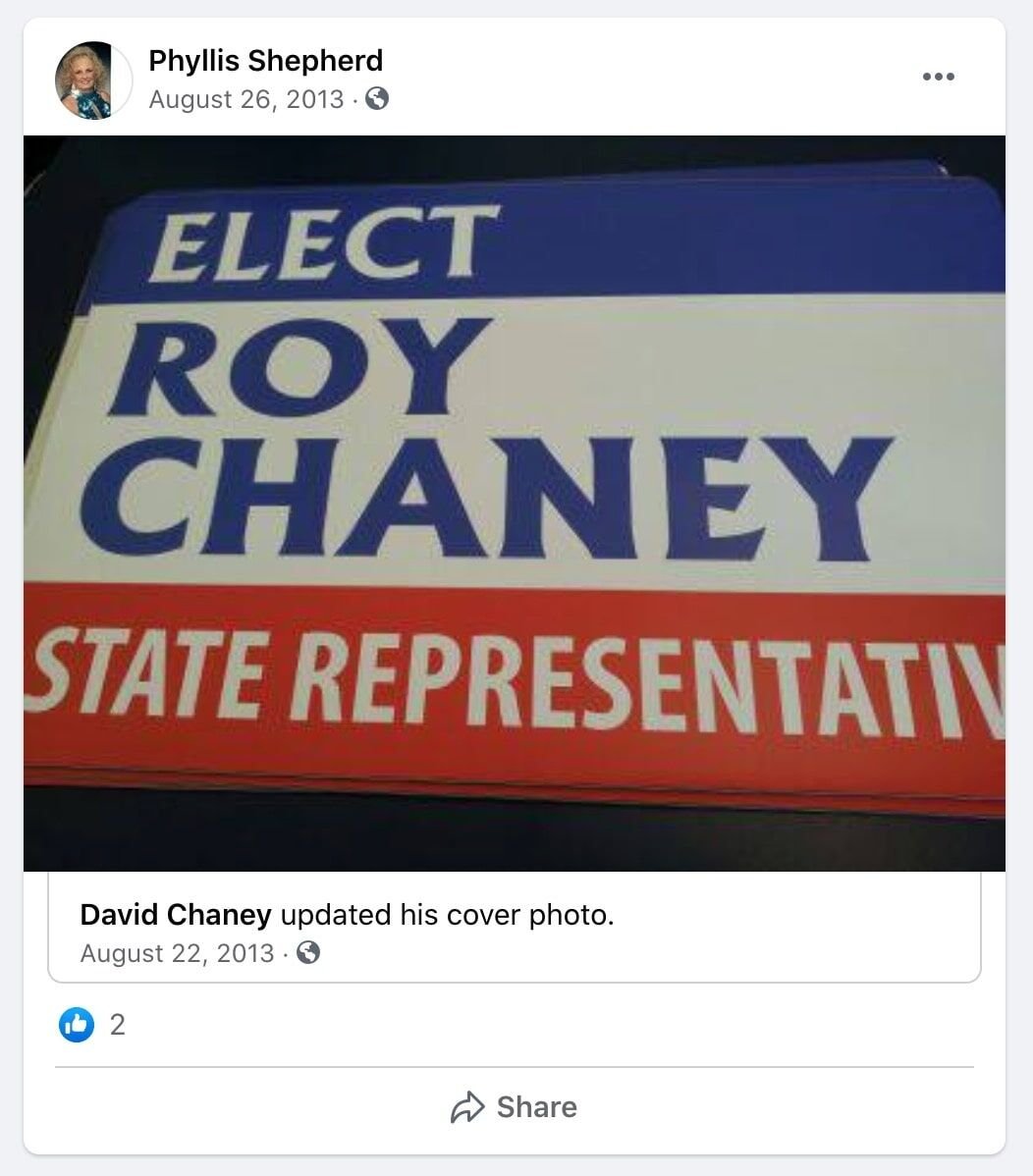