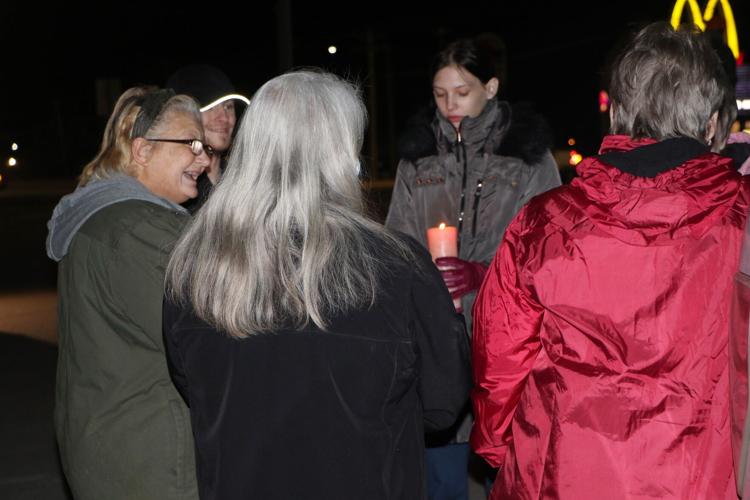 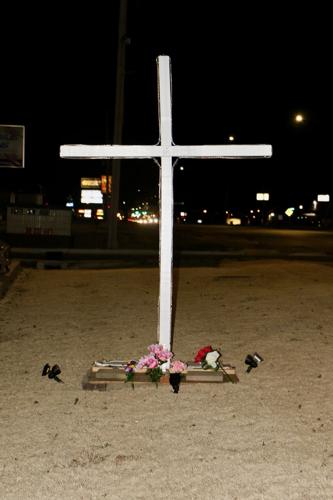 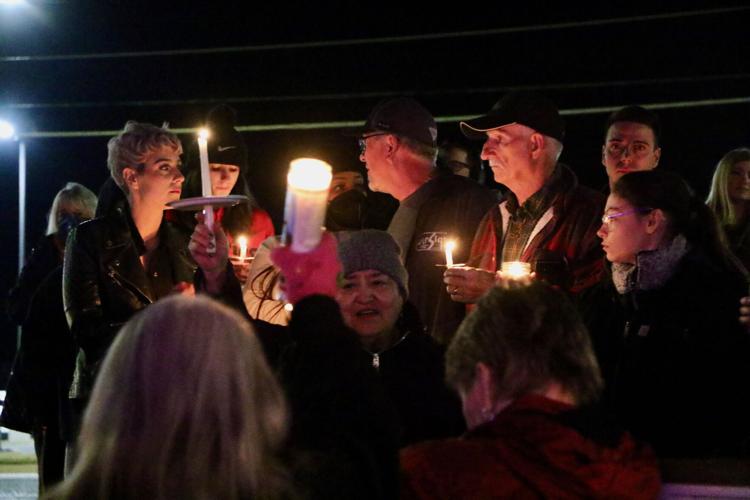 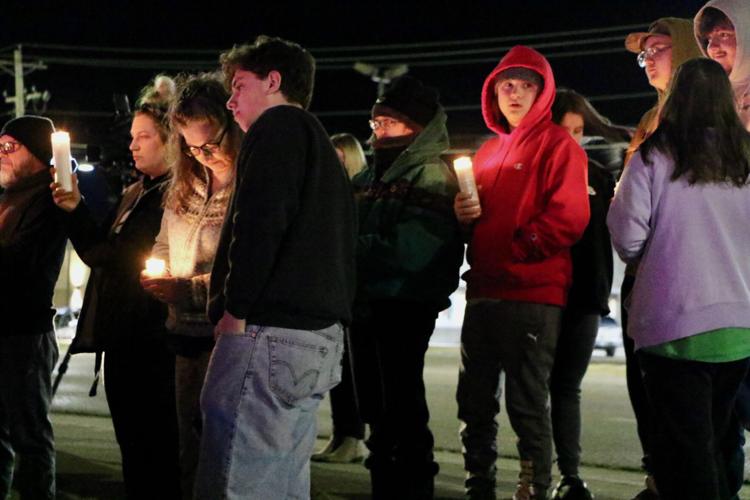 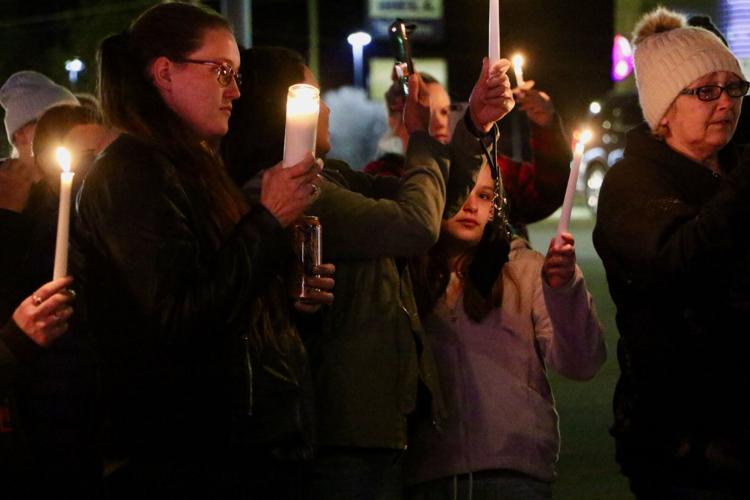 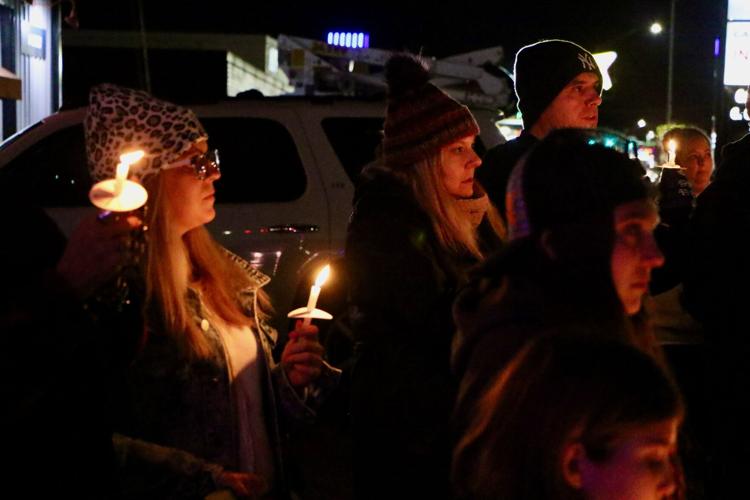 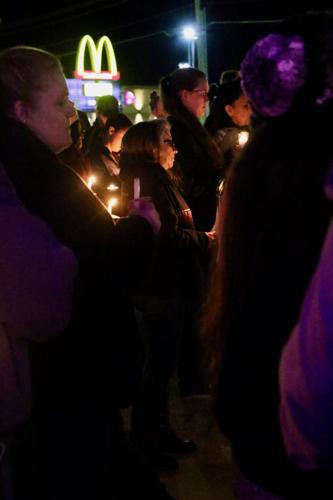 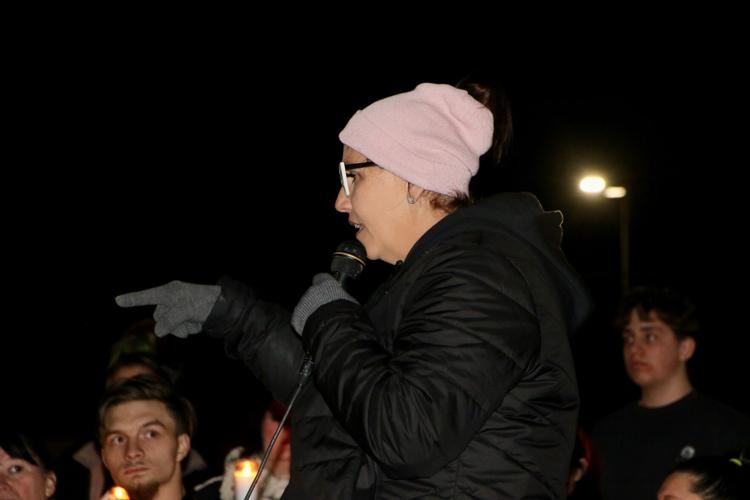 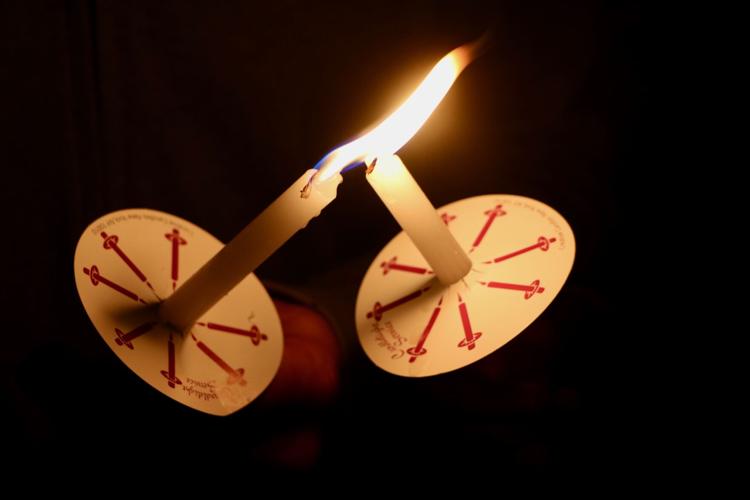 The community of Skiatook pulled together to help this man and show him what a small-town community with a big heart can do. Josh had been living with a homeless group in Colorado, but was mistreated by the group and decided to leave. He and Valentine caught a ride with a trucker and when the pair stopped in Skiatook, Josh went inside Tastee Freeze to grab a bite to eat. When he came out, the trucker was gone and Valentine was waiting patiently on the curb.

People began to see Josh and Valentine hanging out at Walmart or Casey’s. Sam Thomison stopped to talk with Josh and discovered his parents had passed away and he was living in a house without heat or water. She invited him for dinner and offered him a place to live.

Trina Gonzalez started a donation drive to help get Josh back on his feet and the Skiatook community came together to help out. Thomison invited Josh to stay at her home as long as he needed, and a van was anonymously donated to Josh.

Josh had people again and his dog Valentine became Skiatook’s sweetheart. The community joined together and the big heart that lies within this community was shining brightly.

But that all came to an end on New Year’s Eve. Josh and Valentine had dinner at Bulldog Pizza with friends and then headed off a little before 8 p.m. But Josh never made it home. He and Valentine were struck by a truck crossing the street between Sonic and Taco Bell. Both Josh and Valentine passed away.

Blake Bales said, “Great guy. Had many talks with him. He would give you the shirt off his back if needed. So hard to hear this you’ll be missed, buddy.”

Stella Brand said, “Josh was easy to talk to. I told him how sorry I was that his ride abandoned him in Skiatook with nothing. He looked at me and with a little chuckle, he said “I feel like they blessed me! And I’m so grateful because look, look at the miracle I’m living!” He meant it! He didn’t have a judgmental bone in his body. I feel blessed to have met him and to receive one of the most tender and honest hugs ever.”

A vigil was held on Tuesday, January 4 in the Bulldog Pizza parking lot. Many people commented about how they felt drawn to talk to Josh. Though no one knew him well, all those who met him were touched by his positivity and his ability to see the good in everything.

Kimmie Robinson, who helped with many of the efforts to help Josh and Valentine, said that Josh talked a lot about how much he loved Skiatook. She spoke at the vigil and stated that everyone deserves a second chance. Everyone has a past and everyone has made mistakes. And although we didn’t learn much about Josh’s life before Skiatook, he deserved a second chance just as much as anyone else.

Pastor Bill Taylor spoke about how Jesus expected us to care for al people. “Jesus didn’t tell us just to love thy neighbor, but to love one another,” he said. He emphasized that to walk in Jesus’ footsteps meant taking care of those less fortunate, the homeless, the hungry.

Josh and Valentine were taken from us just as Josh was getting a second chance at life. Our hearts are broken.

A GoFundMe has been set up to help pay for funeral expenses for Josh and Valentine. The pair will be cremated and buried together. https://gofund.me/3c2d4ccd

Award-winning pitmaster Donny Teel, who operates Buffalo’s Barbecue in Sperry, is one of nine acclaimed barbecue cooks nominated for the Barbecue Hall of Fame.

Woolsey, a Skiatook native, is among members of the Oklahoma Rodeo Royalty who will participate in Boots on the Boulevard at Stamped Park in Claremore’s historic downtown on May 26.

Hundreds of citizens can be seen downtown every month celebrating the fifth year of Third Thursday in the Park, hosted by the Skiatook Chamber through the spring and summer.

Case, of Skiatook, was among those students appointed to the council, including Maddy Bowman, of Jenks, from the Tulsa region.

Sausage Brothers Meat Market & Deli celebrated its one-year anniversary at the beginning of May, and hosted a ribbon-cutting ceremony with the Skiatook Chamber on Saturday.

An evening full of toasts and tributes marked the celebration of Skiatook Chamber’s 2022 Annual Awards ceremony over the weekend.

Brandon Cornett, with the College of Liberal Arts, and Mark Dressler, with the Graduate College — both of Skiatook — were among those named for Academic Achievement.