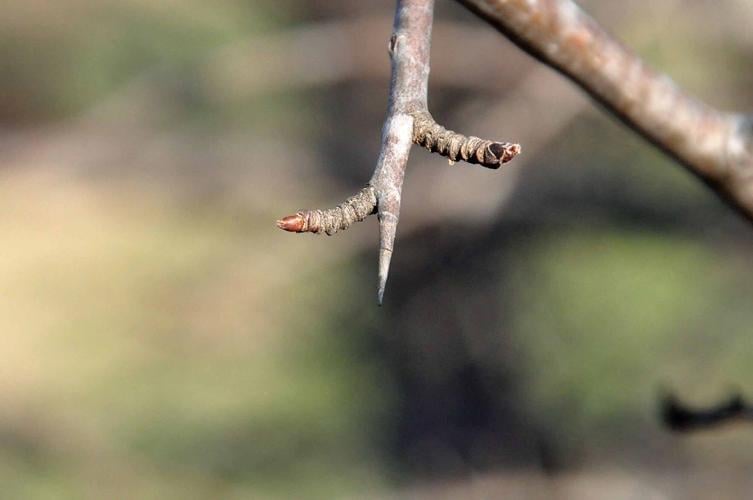 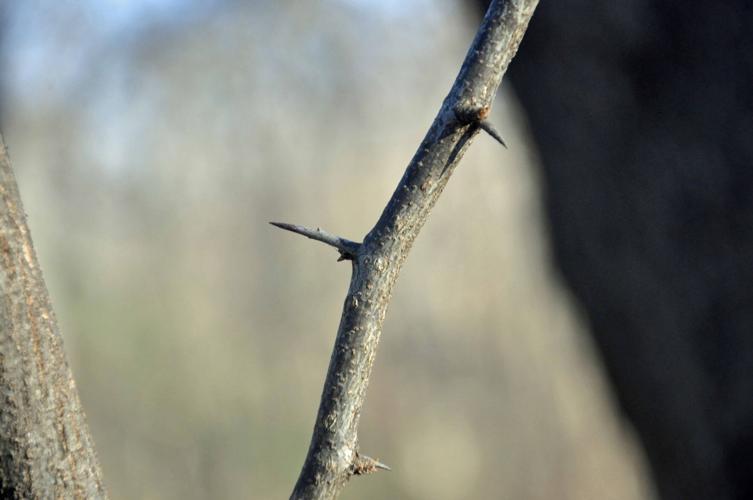 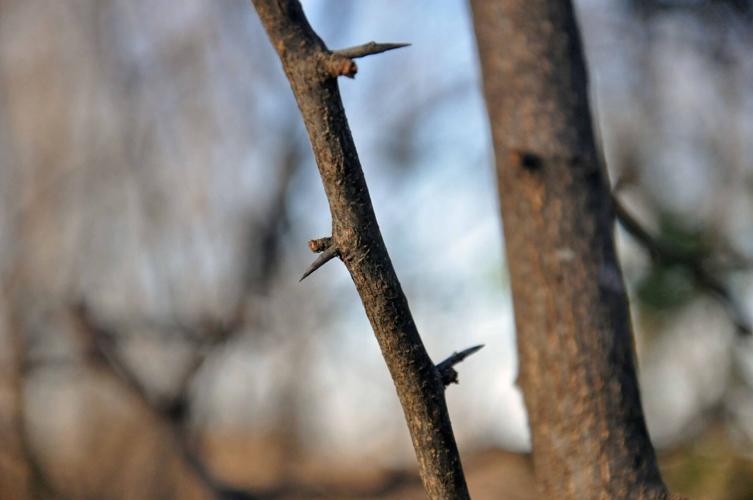 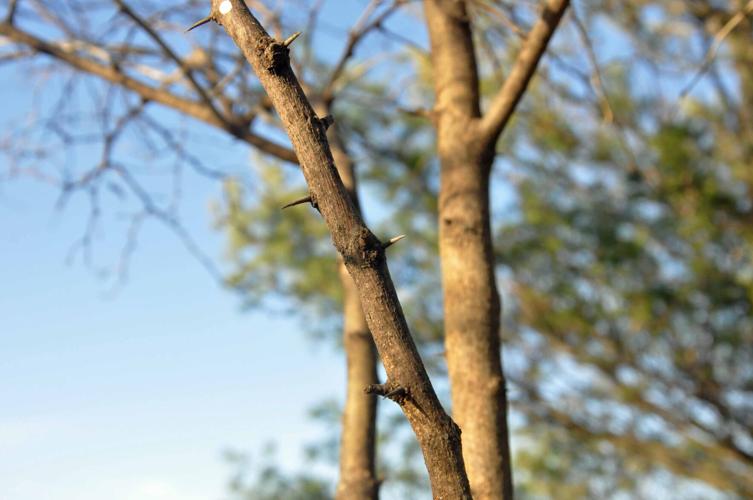 Osage Orange thorns on a branch 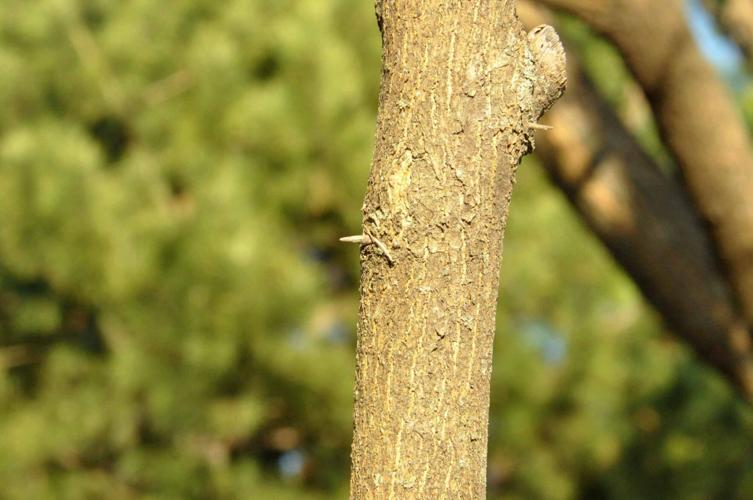 Osage Orange thorns on a trunk

There are several kinds of trees in the Skiatook area that have thorns. This note describes four of them. Black locust, Callery pear, chittamwood and Osage orange.

The thorns of black locust are small, just under an inch long, and are seen at the tips of twigs. It is a fast-growing tree and can be found in many soil types. The wood is one of the most durable in North America. It has natural chemicals that make it resist insects and rot for more than 50 years. The wood was used by the Jamestown settlers to build their houses. Trees spread by seeds and by underground shoots and form dense thickets. The leaves, bark and wood are toxic to humans and livestock.

Callery pears have the longest and stoutest thorns of the four described here. They are 1-3 inches long and can puncture boots and tires. The trees are ornamental Bradford pears that have become feral, have gone wild. Bradford pears were hybridized from Callery pear trees, native to China and Vietnam. Callery pears produce small, hard berries that are softened by frost, eaten by birds and the seeds dispersed in their droppings. The trees are invasive and undesirable and should be eliminated whenever possible.

The inch-long thorns of chittamwood trees are found along the branches, usually next to budding twigs. The trees are native to the Ozarks, southern Kansas, eastern Oklahoma, central Texas and along portions of the Gulf Coast. Trees are drought tolerant and disease resistant and grow in a variety of well-drained soils. The blue-black berries are popular with birds and other wildlife. The wood is hard and is used to make tool handles. A yellow dye is extracted from the wood.

Thorns of the Osage orange tree are an inch long and grow on the branches and on the trunk. Other names for the tree include hedge apple, horse apple and bois d’arc. The term apple refers to the wrinkled fruit, which is the size of a large orange, but looks more like an orange than an apple. Although the fruit has little nutritional value, horses and other livestock may eat it, hence the name horse apple. Squirrels eat them at our place. Bois d’arc is French for “bow wood,” a reference to its use by Native Americans for bows and war clubs. The tree was named for the Osage Nation.

The new resort, owned and operated by artisan Melissa Struttmann and her husband, Steve, offer local quilters, scrapbookers and other hobbyists a unique getaway experience on the close outskirts of town.

Kelsie Marie Higgins, 27, of Skiatook, aided and abetted another individual in a robbery on June 30, in which the victim’s cash was stolen

GOP voters in and around Skiatook, Sperry and Sand Springs will decide between two contenders Aug. 23.

Skiatook Public Schools will have more dollars to allocate to its classrooms this year thanks to TTCU Federal Credit Union.

Osage Orange thorns on a branch

Osage Orange thorns on a trunk