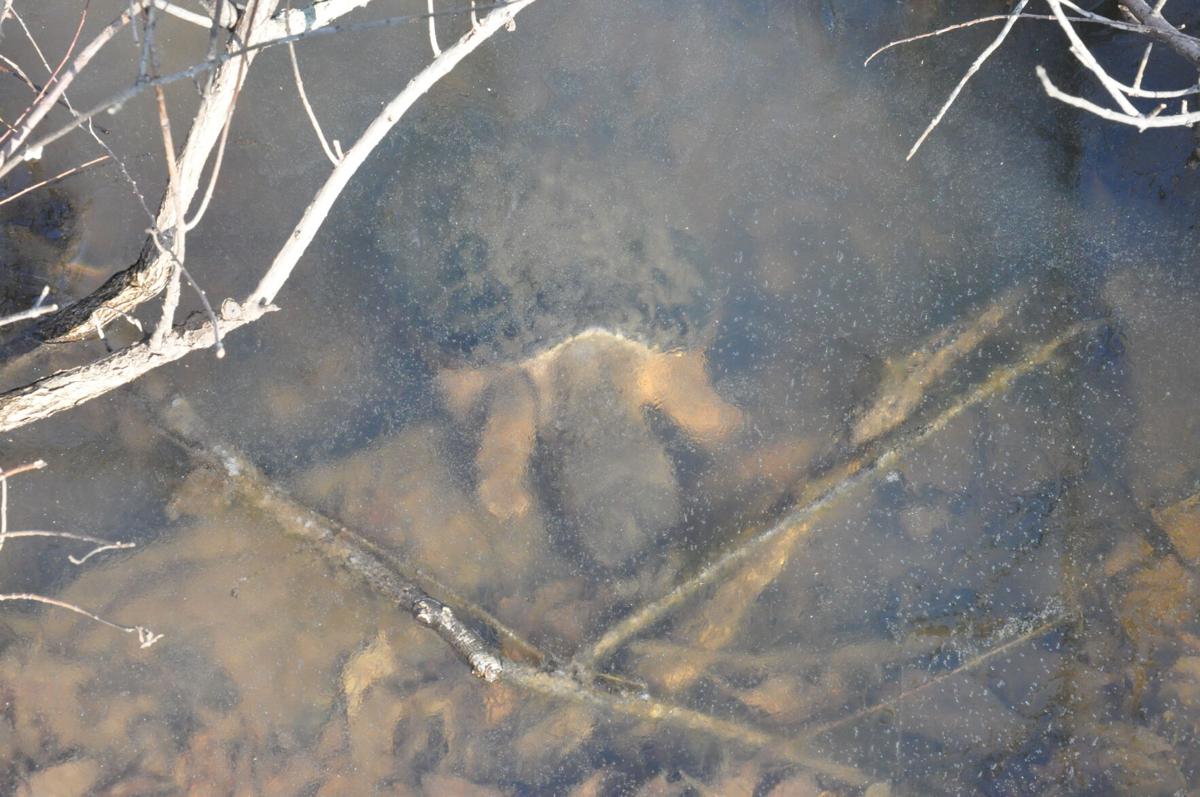 A snapping turtle searching for food under the ice. 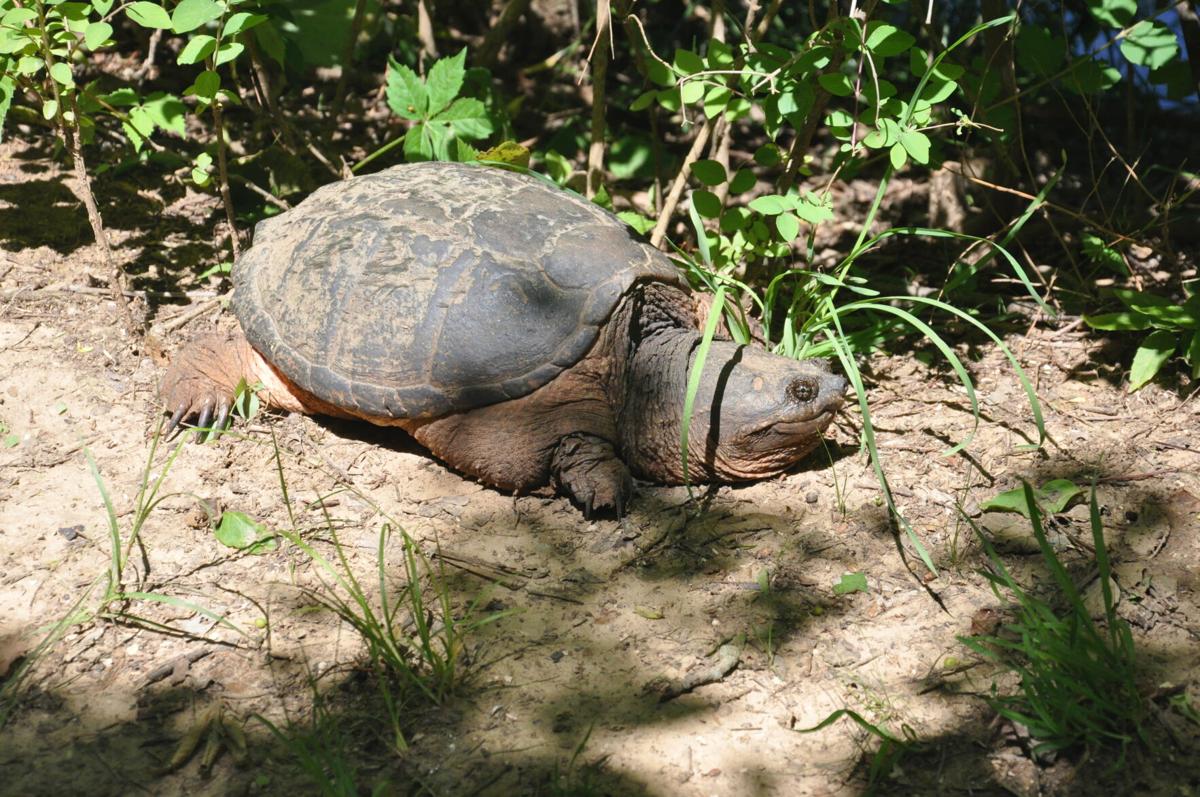 A snapping turtle on the bank of a pond. 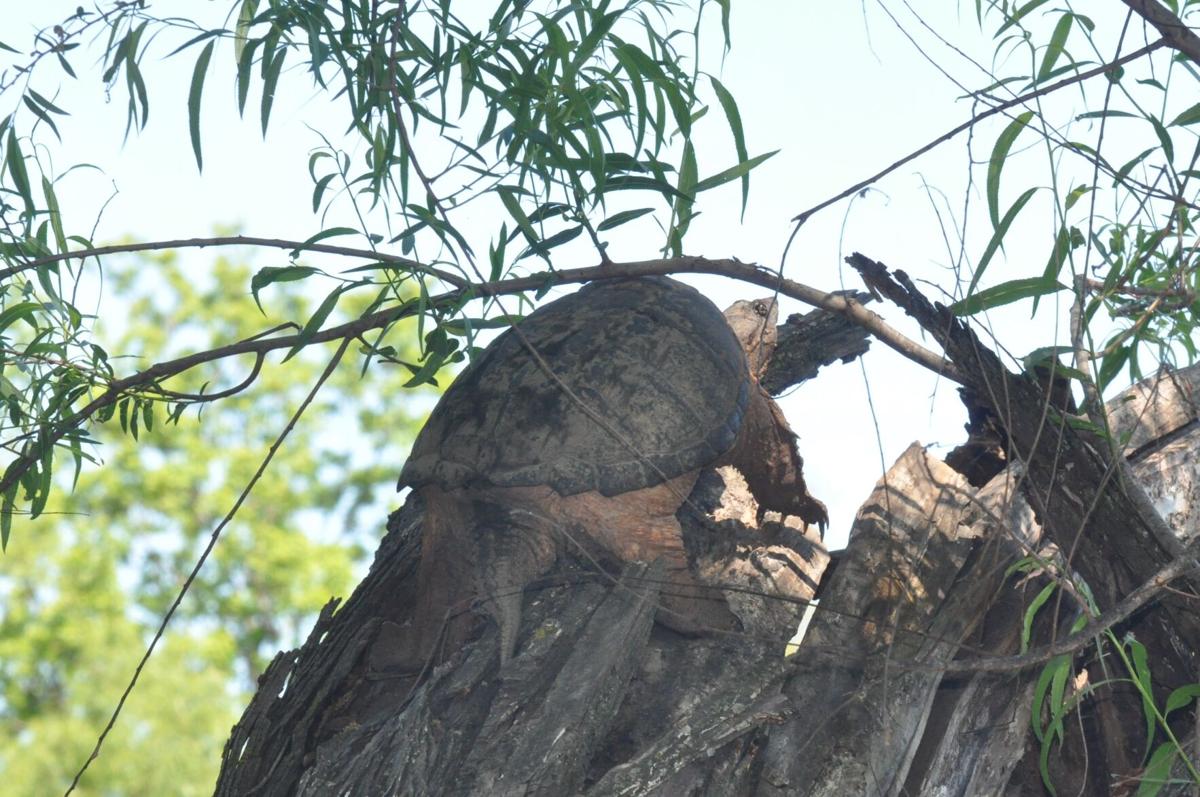 A snapping turtle on the sloping trunk of a tree 10 feet above the water.

However, the only one I’ve ever encountered is the common snapping turtle, which I have seen throughout the year, even under the ice of a frozen winter pond, where it was searching for food. It is the only turtle active during the winter. The other pond turtles are inactive when the weather is cold, but they become active again when it warms up, even during winter. Box turtles sleep or brumate (become dormant) during the winter.

Snapping turtles are the largest freshwater turtles. They have large heads with powerful hooked jaws and a long tail. These primitive-looking turtles have short tempers and will strike viciously if bothered and can inflict serious bites. The shell of the common snapper is fairly smooth and often covered with algae or mud. They are frequently seen far from ponds as they move across land from one body of water to another.

The alligator snapper has a rough, serrated shell, and has a strongly hooked beak. It is by far the largest of freshwater turtles, weighing up to 250 pounds. The turtle rarely basks but tends to stay at the bottom of ponds. Since I have never seen one, if a person finds one, I would appreciate it if they would let me know so I can take pictures. Thanks.

This past week, cases of COVID-19 cases rose by 27 in Skiatook with 67 active cases. Sperry added 9 new cases and has 20 active cases. Osage C…

Oklahomans of all ages with co-morbidities, about 1 million people, are included now along with the high-risk populations being vaccinated, Gov. Kevin Stitt announced Thursday.

City Manager Dan Yancey announced he will be retiring as the Skiatook City Manager this summer.

String of domestic slayings points to desperation, experts say, reminding that 'there is help available'

The causes of the violence are likely as unique as the individuals involved in each of the ongoing investigations, but a domestic violence expert said they could be a sign of the times.

Vote starting Feb. 22 for your favorite businesses in the Best in the Burbs contest

Voting is about to open in the Tulsa World and Oklahoma Weekly Group’s new contest to celebrate the best suburbs have to offer.

Winter weather blankets the area in ice and snow

At least five inches of snow blanketed the Tulsa Metro area on Sunday, an amount the National Weather Service said is the heaviest the city ha…

Voting is open in the Tulsa World and Oklahoma Weekly Group’s new contest to celebrate the best suburbs have to offer.

Cherokee Nation Moves to Phase 2B of COVID-19 Vaccination Plan

The Cherokee Nation has now entered into phase 2B of its COVID-19 vaccine distribution plan.

A snapping turtle searching for food under the ice.

A snapping turtle on the bank of a pond.

A snapping turtle on the sloping trunk of a tree 10 feet above the water.