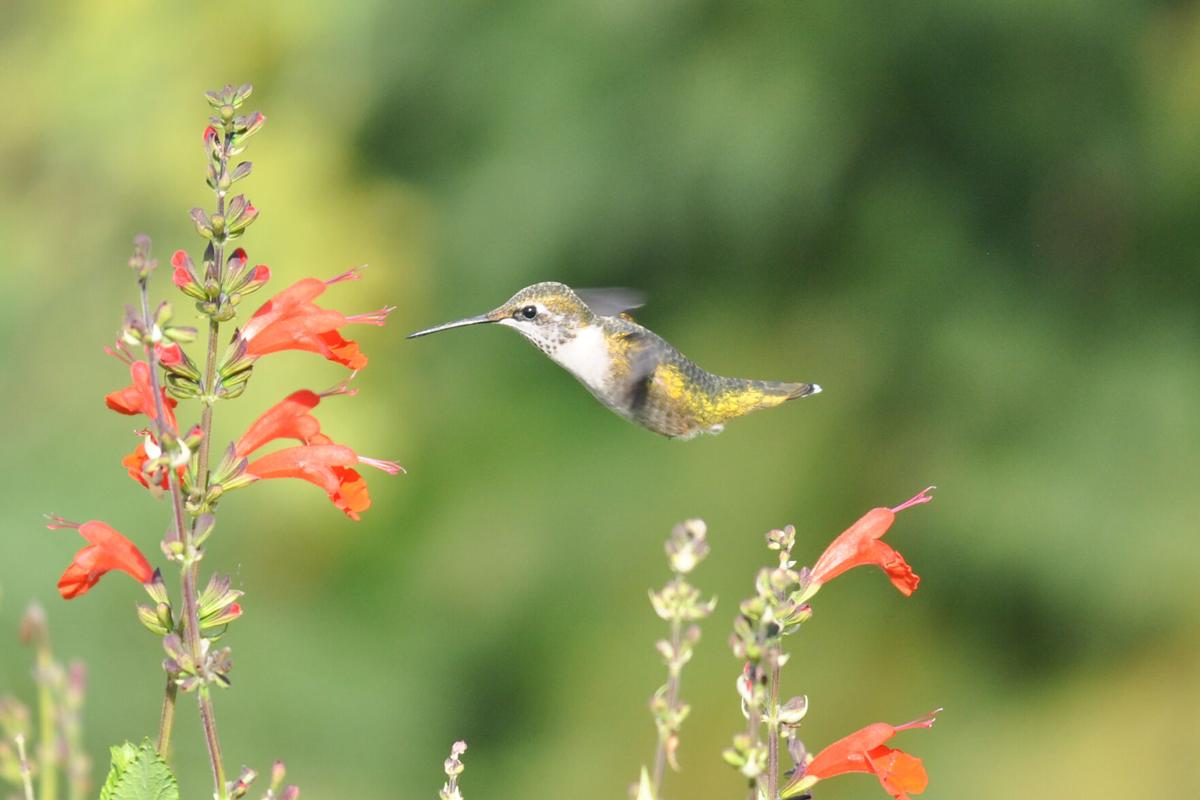 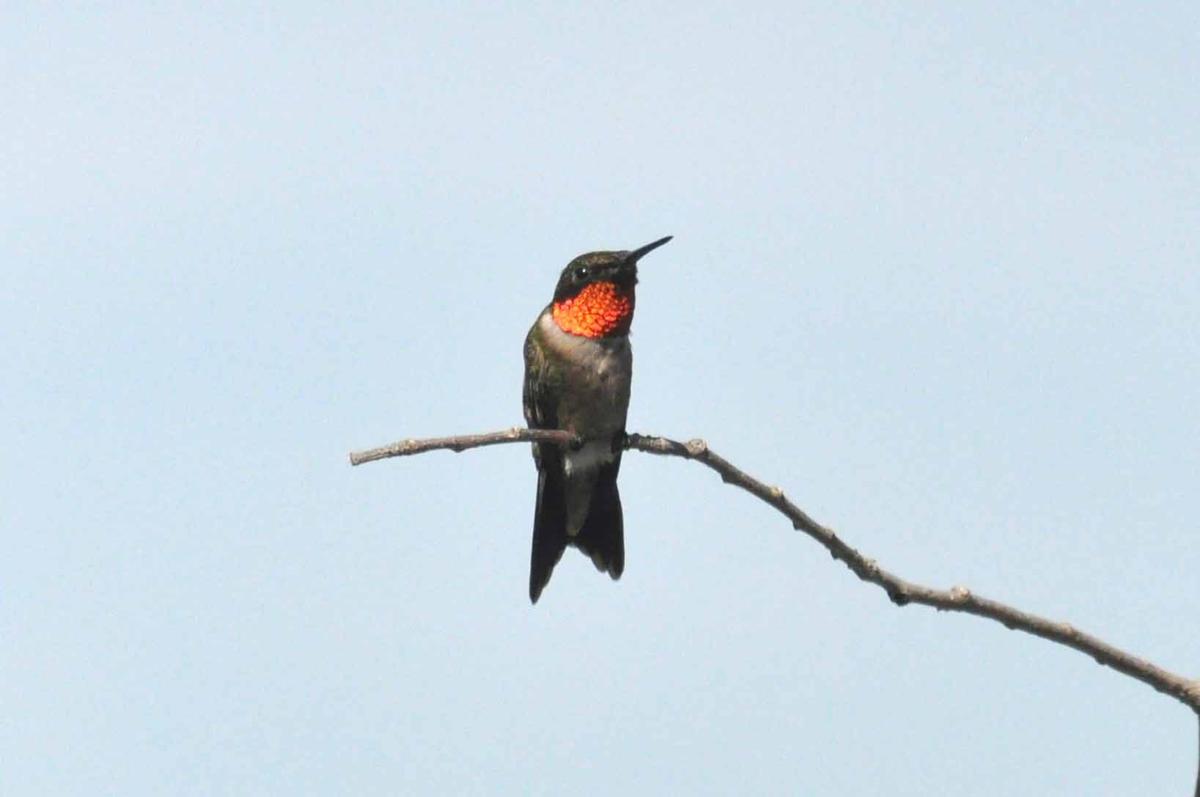 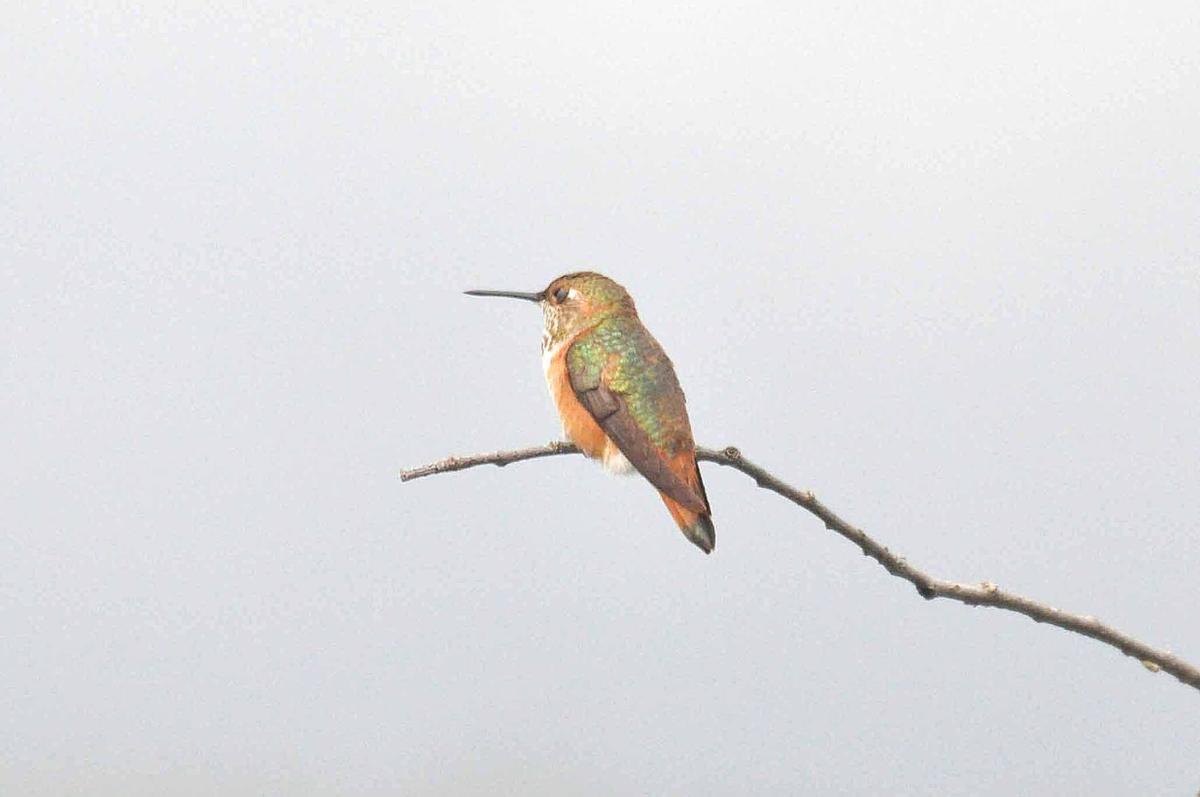 The hummingbird we see throughout the summer in the Skiatook area is the ruby-throated hummingbird. They arrive in early April and depart late summer. The ones we see now are birds that have arrived from further north. Ours have already headed south. They feed voraciously in mid-summer to store up enough fat to make the 600-mile nonstop trip across the Gulf of Mexico to Central America where they spend the winter. A hummingbird weighs approximately a tenth of an ounce, roughly the weight as a Lincoln penny.

The male ruby-throat is the one with the iridescent red throat. The female has a white throat with fine black spots. Both have green backs and a whitish belly, although the lower belly of the male is darker.

Although we have not seen one, the black-chinned hummingbird has been reported in the area. It breeds in the West, including central Texas. However, a vagrant that we did see at our place was a female rufous hummingbird. They breed in the Pacific Northwest to Alaska and winter in Mexico. The female rufous has a green back, an orange-brown tail and sides and a white chin with black spots. We saw the rufous on September 22 and 23, 2020. Now that fall is here, keep a lookout for any unusual hummingbird.

Skiatook has 119 active cases, Sperry has 29

Betadine, a company that produces iodine, the latest product in the latest misinformation campaign dubbed as a cure for COVID-19, has stated t…

Skiatook Public Schools announced today it is participating in a free breakfast and/or lunch program for school year 2022. All students enroll…

The black swallowtail is the State Butterfly of Oklahoma. It’s a beautiful butterfly with a striking caterpillar. It is found throughout the s…

Plant wildflower gardens in the fall

STILLWATER, Okla. – Driving across Oklahoma, it’s not unusual to see patches of wildflowers along the highway. The variety of colors and textu…

Retired Federal Park Ranger Greg Bersche has recently published a book that provides a stunning view of the Osage hills.

Effective September 1, all visits to Oklahoma Human Services (OKDHS) offices will be by appointment only to protect the health and safety of t…