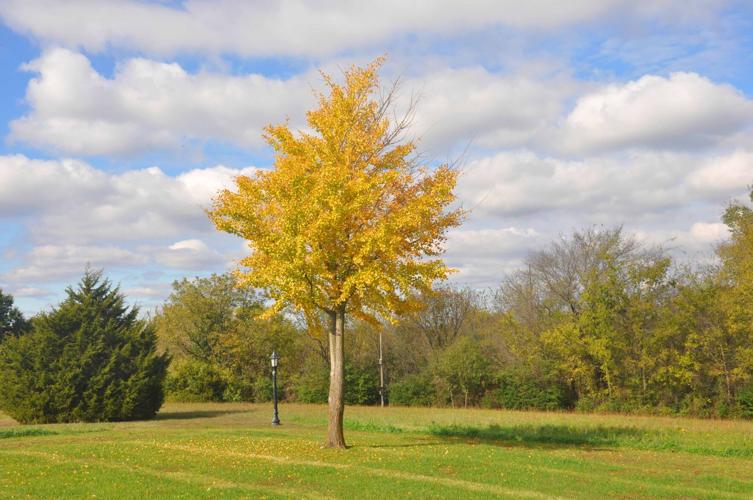 Ginkgo Tree in the fall 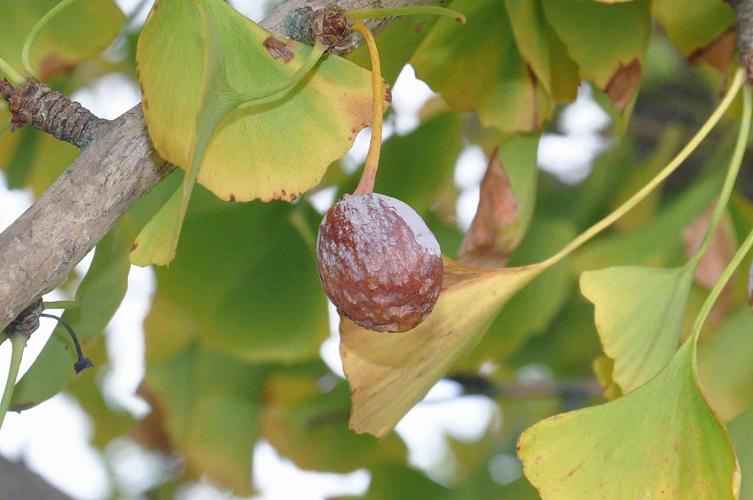 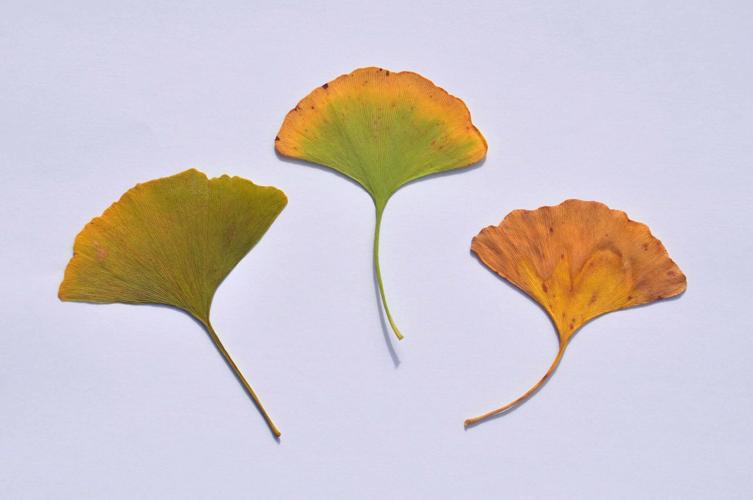 The ginkgo tree, also spelled gingko, is a primitive, ancient tree, a relic from prehistoric times. It is referred to as a living fossil, the only one left in its family of trees. The first ones appeared more than 290 million years ago and eventually spread throughout the world. Over eons they disappeared so that today the only wild ones are in China, where they are called maidenhair tree. Fortunately, it is a commonly planted ornamental tree.

Ginkgoes are slow growing, adding only a foot or so of growth a year. They are large trees, reaching a height of 115 feet. In China, some are 165 feet tall and more than 2,500 years old. They are hardy trees, fairly drought tolerant and disease and insect resistant. They grow best in full sun. The unusual leaves are fan shaped.

The trees are dioecious, meaning there are male and female trees. Female trees produce a brownish-orange fruit the size of a cherry. It has an unpleasant odor, said to resemble rancid butter. We have a female tree but haven’t noticed the odor of the fruit. Of course, with our tree fruit that has fallen to the ground isn’t stepped on or squashed as it would be on a sidewalk. It takes 20 years or more for a ginkgo to mature and bear fruit. Since a male tree is required for fertilization and fruit bearing, I thought I would look for one in our neighborhood, until I checked out how far pollen can travel. Some pollen, especially pine pollen, can travel hundreds of miles. The average for most pollen, though, is 10 miles. Still, with a radius of 10 miles, I would need to cover 314 miles. Just not going to happen. Ginkgoes typically produce fruit in clusters. Ours has individual berries attached to the stem, so I think the male tree may be at some distance.

A striking feature of the tree is its bright yellow autumn foliage. The leaves usually fall to the ground within a few days after turning color.

The downtown area of Skiatook is undergoing a dramatic facelift thanks to Gabe Walker, Jason Johnson and their development company, Blue Bull …

Rogers State University announced its president’s and dean’s honor rolls for the fall 2022 semester, which includes several students from Skiatook and Sperry.

The incident occurred around 9 a.m., Jan. 3, on 86th Street North about a half a mile east of OK-11 in Tulsa County, according to the accident report.

Ginkgo Tree in the fall