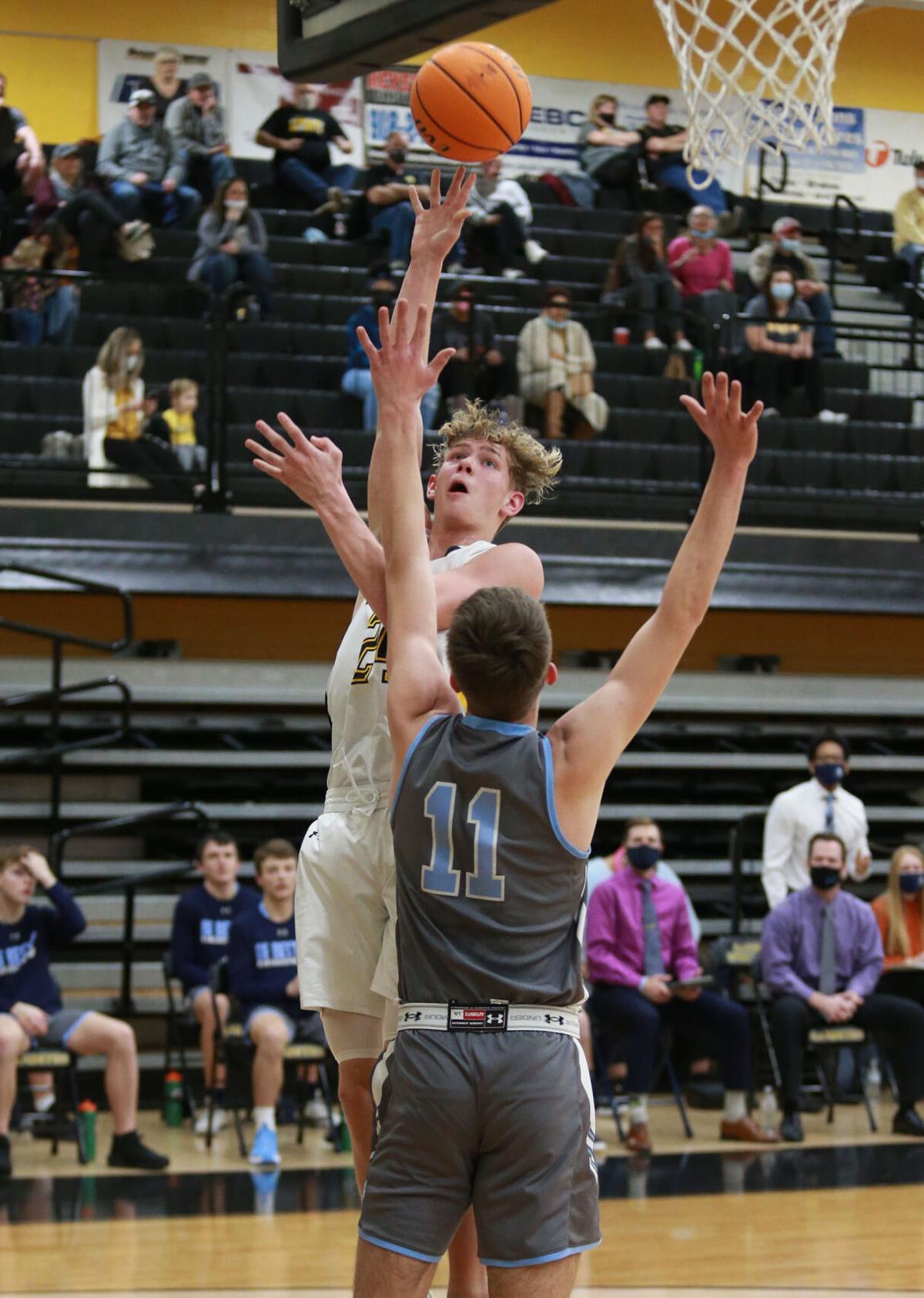 Corbin Fisher (24) and his Sandites teammates are scheduled to visit Union on Friday night. 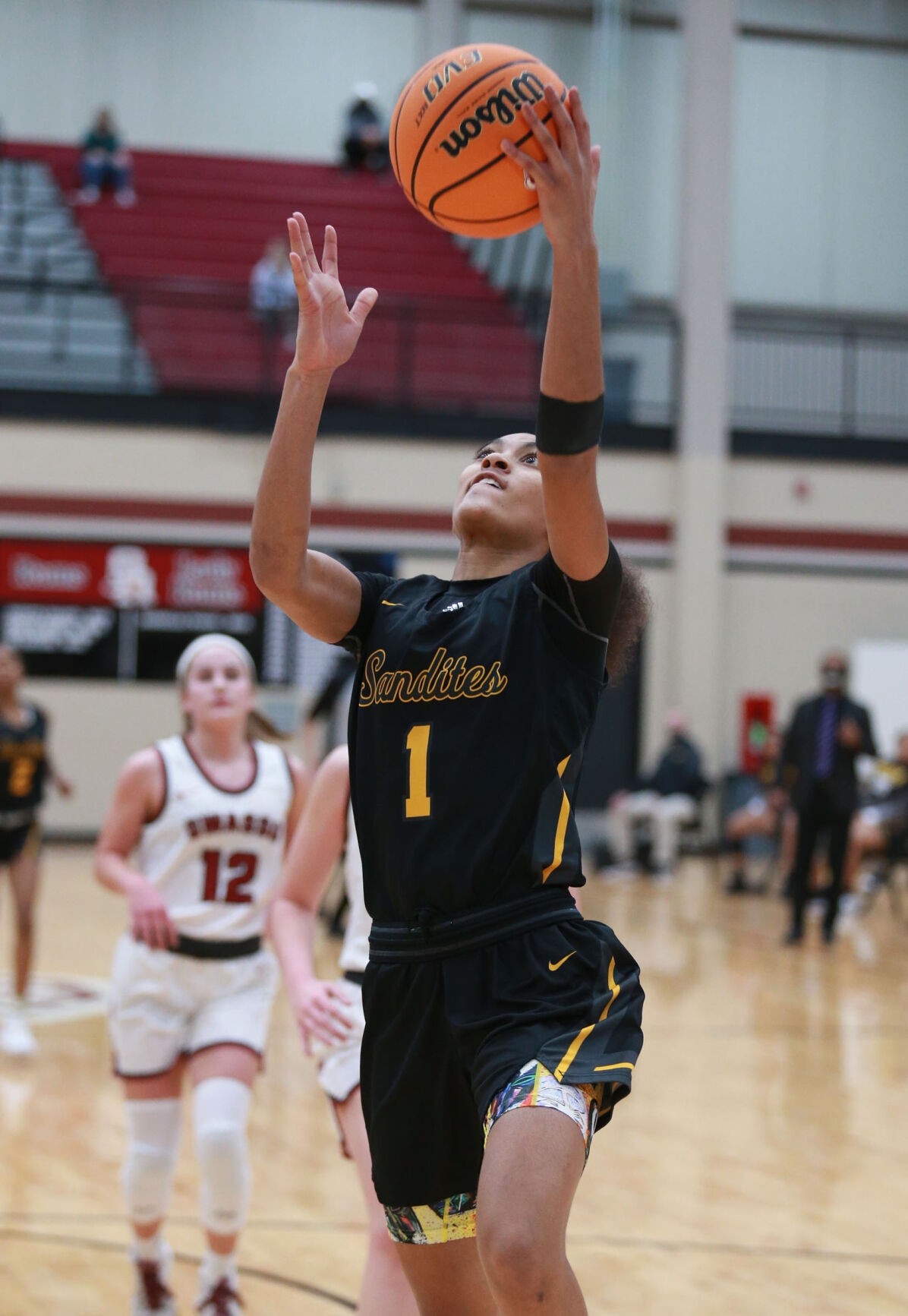 The weather break is giving Sandites standout Journey Armstead time to recover from an injury. 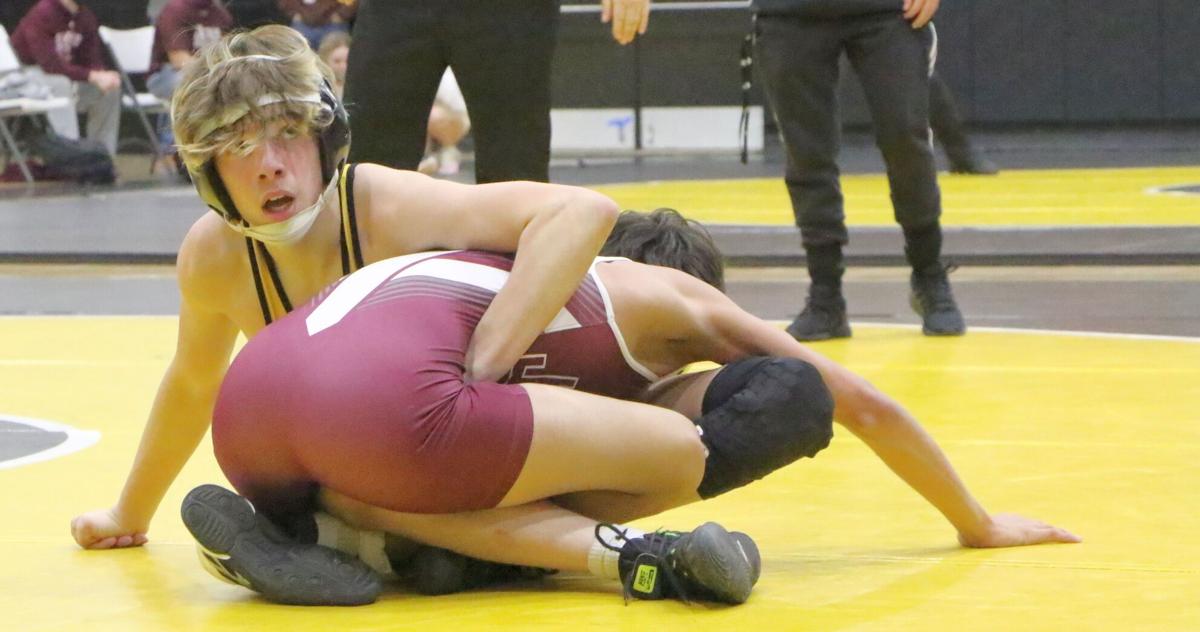 Shane Wolf and his Sandites wrestling teammates had their 6A regional postponed until this week.

Ice, snow, and a week of sub-freezing temperatures have wreaked havoc with schools and extracurricular activities across Oklahoma. Sand Springs Public Schools lost four days of instruction before shifting to virtual learning, but unfortunately for the Sandites there is no way to play sports virtually.

The Class 6A regional wrestling tournament scheduled for this past weekend at Broken Arrow has been delayed by a week, as have the Frontier Valley Conference junior high basketball postseason tournaments. The varsity and JV home basketball games against Muskogee and Bixby were also cancelled, depriving the Sandites of their Senior Night, and leaving them without any more home games on the schedule.

The varsity girls are 10-7 overall and 6-4 in conference play. Their last three events have been canceled after Bartlesville scrapped a February 5th meeting due to COVID-19. Their last two games were wins of 51-34 over Tulsa NOAH and 40-38 over Broken Arrow, and they have won four of their last five. A bright side to the cancellations—recovery time for leading-scorer Journey Armstead, who has been nursing an injury.

The varsity boys are sitting at 6-9 overall and 1-7 in conference action. After a promising 4-2 start to the season, they have gone 2-7 since their rivalry upset of Sapulpa in mid-January. Most recently they dropped a 71-66 heartbreaker to Bartlesville in overtime.

“Obviously we’d like to make up Senior Night, but this week doesn’t look very promising,” Sandites coach Eric Savage said. “It’s just kind of a wait and see, then regionals start the following week. It just depends on when we can get back in school.”

The Sandites lineup is healthy and ready for whenever they’re able to play again.

“We got two practices in this (past) week,” Savage said. “Not everybody could make it, but we focused on getting a lot of shots up and keeping the conditioning up for the ones who were there.”

The Sandites teams will travel to Union on Friday. They also received their regional assignments last week. The boys will play No. 8 Jenks at Broken Arrow in the opener Feb. 26. The girls will take on Ponca City at Union on Feb. 25.

“It’s as good of a match-up as you’re going to get,” Savage said. “I’m glad we didn’t get sent to the West. The guys are familiar with their players and the style of game that Jenks wants to play. Hopefully we’ll have a week’s worth of preparation to get ready for that.”

Jenks defeated the Sandites 53-49 in overtime on Jan. 26 at Sand Springs.

Both teams have celebrated some recent individual successes. Senior Marlo Fox and junior Armstead both surpassed the 1,000-point milestone. Fox committed to Seward County Community College in December, and Darrian Jordan recently signed a letter of intent to play for Seminole State College. Fox was the Kissing Captain at Winter Homecoming and Jordan was named Homecoming Queen.

The Sandites wrestling program has also had a rough go of things lately, finishing up the dual season with a 4-6 record after taking on one of their toughest schedules in years. Despite falling four points short of the Dual State tournament, they ended the season with a 50-22 upset of a 10th-ranked Union, and placed fifth at the Pryor tournament.

“We’ve been fortunate to be able to have practices this week, and kids have been able to make it. I know other teams haven’t been so lucky,” said head wrestling coach Jarrod Patterson. “Hopefully we’re able to get into the practice room this week leading up to the tournament.”

The wrestlers are led by mostly underclassmen this season, with Sango Whitehorn as the lone starting senior. Brooks Dudley, Ethan Norton, Blake Jones, and Shane Wolf are among the top juniors, while Mason Harris and Zander Grigsby have made an immediate impact in their freshman seasons.

The breaks at the Early Childhood Education Center and Angus Valley Elementary School are the most concerning, the superintendent said. Both sites will be in distance learning at least through Monday.

Sand Springs' Mitchell Smith is a state qualifier at 132 pounds after finishing third in the regional at Broken Arrow.

Randy Shelby called in fake reports of a planned bombing at the Tulsa County Courthouse to try to avoid court proceedings in a domestic-violence-related protective-order case against him, federal authorities said.

Two teenage girls were shot and killed by their father, who then took his own life, police said.

Four finalists will be honored at the limited-attendance ceremony, which will be aired on the school district's YouTube channel.

Sand Springs triple murder-suicide: Phillip Ross' friends say he had been moving beyond troubled past

Ross had been overcoming old demons with the support of a stable relationship and a welcomed role as a father, his best friend said.

Assistant Superintendent Shawn Beard said the training is intended to teach educators to recognize student traumas -- which often are barriers to learning -- and deal with them before they escalate.

String of domestic slayings points to desperation, experts say, reminding that 'there is help available'

The causes of the violence are likely as unique as the individuals involved in each of the ongoing investigations, but a domestic violence expert said they could be a sign of the times.

Corbin Fisher (24) and his Sandites teammates are scheduled to visit Union on Friday night.

The weather break is giving Sandites standout Journey Armstead time to recover from an injury.

Shane Wolf and his Sandites wrestling teammates had their 6A regional postponed until this week.