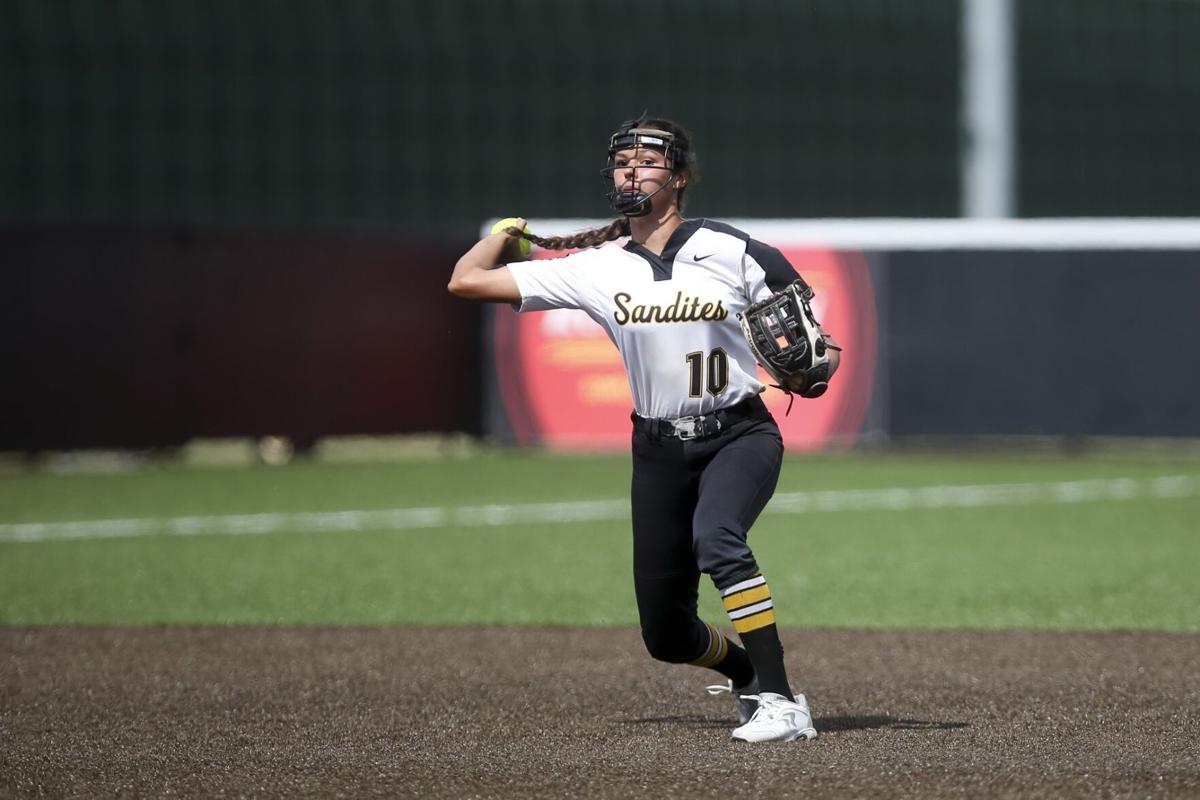 Sand Springs’ Kelsi Hilton throws to first base during the Class 6A regional finals at Owasso. 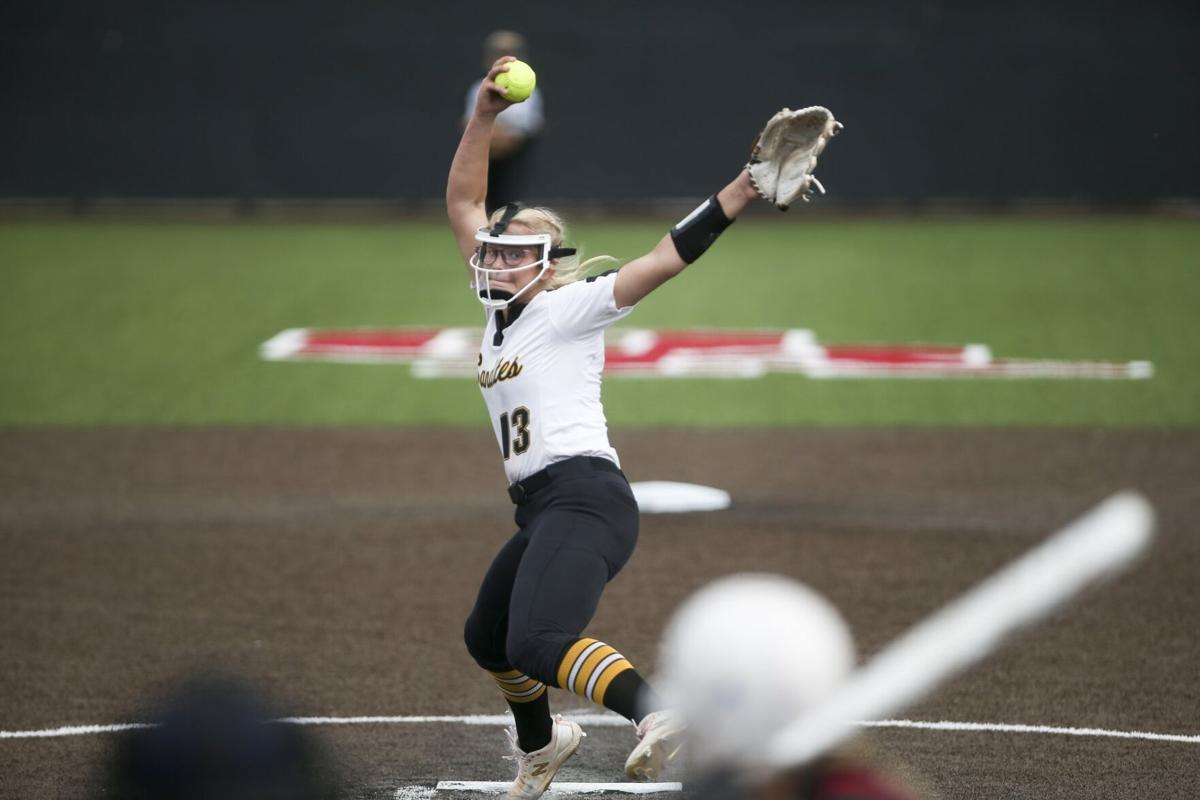 Sand Springs’ Nataley Crawford pitches against Owasso in the Class 6A regional finals at Owasso. 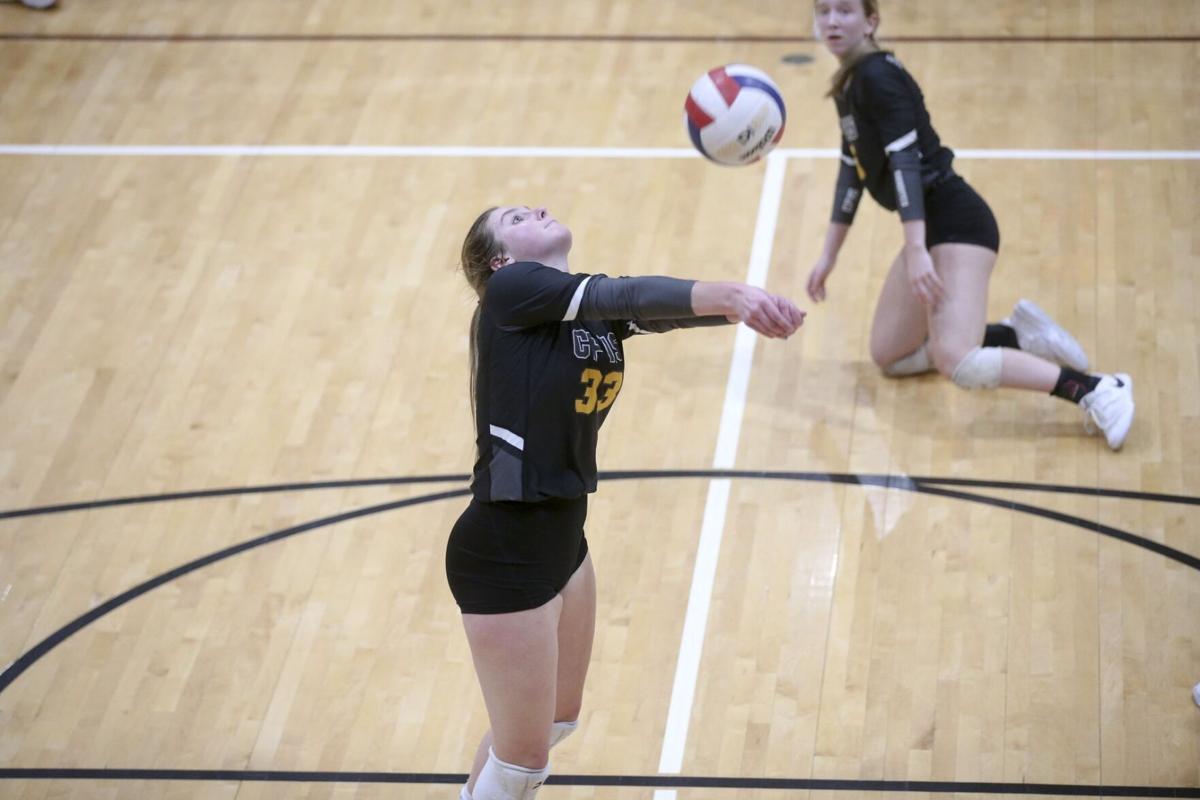 Sand Springs finished its softball season with an 18-15 record after an 11-1 loss in a Class 6A regional final at Owasso.

Earlier in the regionals, the Sandites defeated Muskogee 8-5 and 6-1, and lost 6-1 to Owasso.

In the first win, the Sandites made the most of three walks, three errors, and four singles in the top of the first to take an 8-0 lead and held on for the win behind Kelsi Hilton’s pitching.

Avery Tanner scored the only Sandite run in the first game against Owasso on an error, but the Sandites only trailed 3-1 till the fifth when the Rams began to pull ahead.

In the Muskogee rematch, Hilton held the Roughers to only one run with three strikeouts, while Lauren Hammock led the offense with two hits, one run, and two RBI.

The host Rams rolled to a six-inning run-rule win in the elimination match, however, with Tanner’s RBI double scoring Kaylei Rake for the lone Sandite run.

On Thursday, they fell 3-0 at No. 10 Union (23-9) to wrap up Frontier Valley Conference action with a 2-6 record. Robbins scored eight kills with 17 digs, Johnson had nine digs and 19 assists, and Fahland had 14 digs.

The Sandites will travel Tuesday to No. 1 Bishop Kelley (26-5) for regionals with a semifinal match against Booker T. Washington (14-20) at 6 p.m.

Sandites prepare for Choctaw showdown after loss at Bixby

A tough three-game stretch wraps up Friday against the second-ranked Yellowjackets. CPHS needs a win to finish higher than fourth in District 6AII-2.

CPHS finished with a 14-20 volleyball record.

It was the start of a tough three-week stretch for the Sandites (5-1, 2-1), who visit No. 1 Bixby on Thursday and host No. 2 Choctaw on Oct. 22. Friday's loss was a far departure from the Hornets' 49-0 romp over the Sandites last year at S.E. Williams Stadium.

Sand Springs’ Kelsi Hilton throws to first base during the Class 6A regional finals at Owasso.

Sand Springs’ Nataley Crawford pitches against Owasso in the Class 6A regional finals at Owasso.