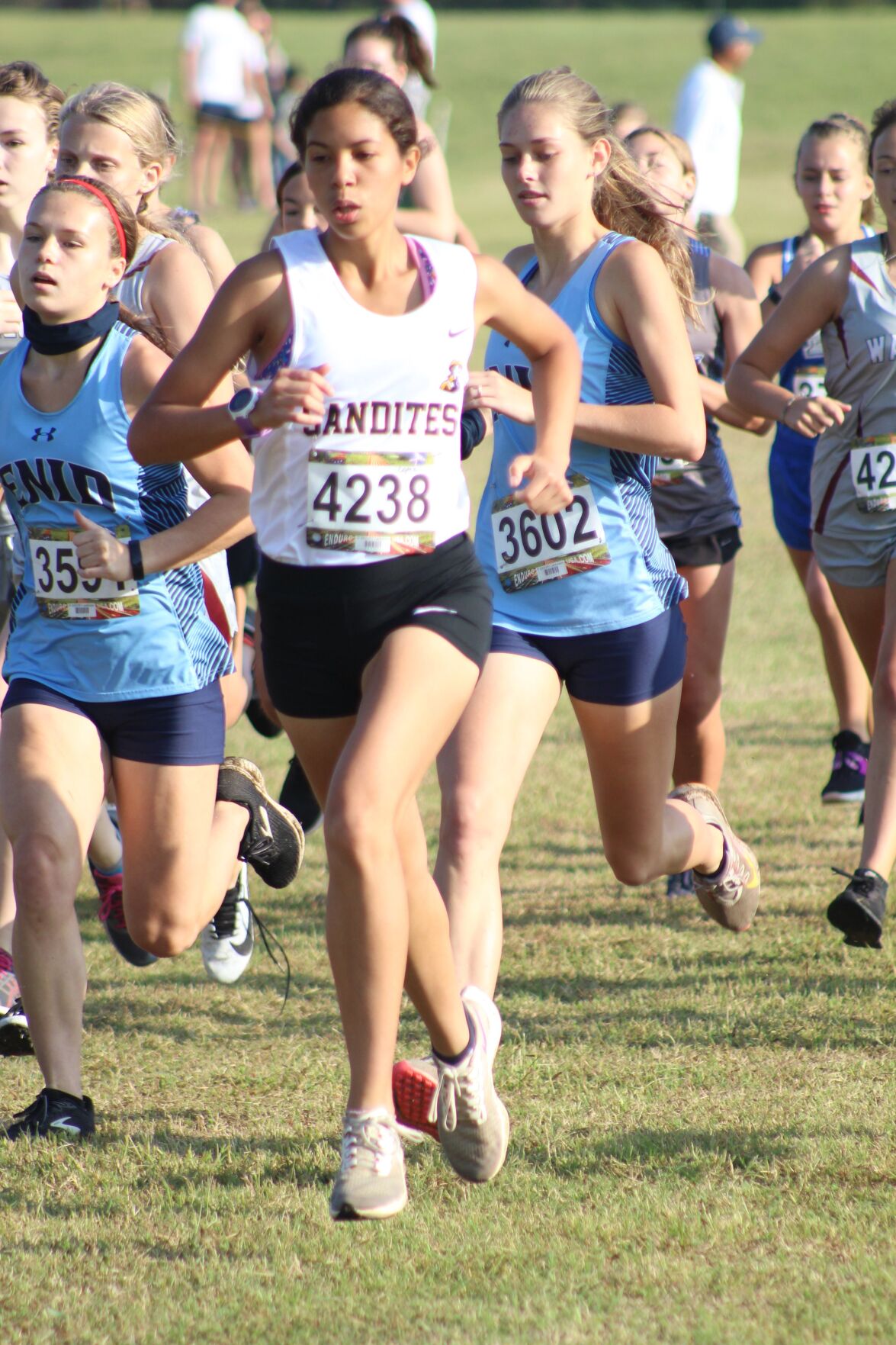 Jazmin Lopez will be a leader on this year’s Sandites cross country team. 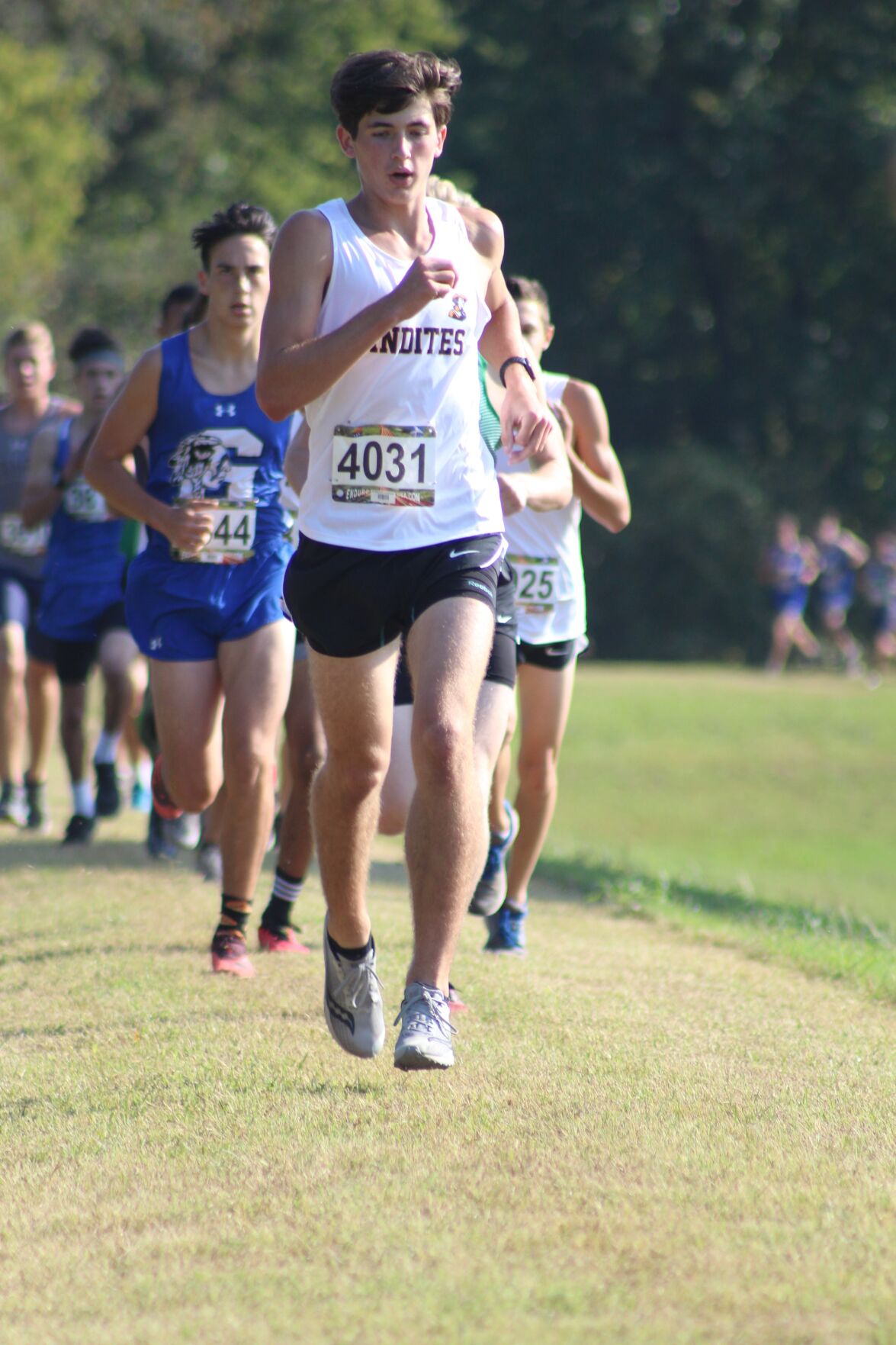 Dalton Wilcox is the Sandites’ top senior on the boys team.

With the beginning of the high school cross country season less than a month away, the Sandites are getting ready for action.

Both the Charles Page High School boys and girls teams will kick off the season Aug. 21 at Edmond Deer Creek.

“We started practicing right after track was over with (in May) and we’ve been practicing all summer, four days a week,” coach Mike Burdge said.

Despite only losing one senior from either team, it still has the makings of a rebuilding year due to a smaller-than-usual incoming freshman class.

“I think part of it is the elementary and middle school. I can remember when we didn’t have a high school program worth much, but Coach (Les) Reed was doing middle school and had 120 kids coming out for that. So how do we get back to that? I think Coach Reed’s personality had a lot to do with that success.”

The junior high programs have already seen a slight uptick over the last two seasons, however.

“We’re really looking strong in our middle school,” Burdge said. “We’ve had 15 kids coming out all summer long, so we’ll be strong there.

“I’m excited about our elementary, and the interest in elementary and middle school. I wouldn’t be surprised if we didn’t have 20 kids out for middle school whereas we only had six last year.”

Burdge said about the upcoming season, “We only lost one senior. Last year we didn’t have very many girls coming out for it so we were short. This year, four of our varsity runners will be seniors so next year will be a challenge.”

“Dalton Wilcox will definitely be the No. 1 senior leading not necessarily in time, but he’ll be one of the leaders. Jazmin Lopez is the only senior girl we have this year. Jazmin’s gonna be a leader. She’s a real hard worker, her and her brother Alex. I think we’ll probably be able to field a team of girls; we’ll have five. I asked around as we were going; I was talking to other coaches, and it seemed everybody was shallow on girls last year.”

Burdge added, “We’re really looking at ‘what do we do?’ Cross country’s been strong for a lot of years and last year was just a tough year. We never had a race with five varsity boys, somebody was quarantined all year long. So putting it all back together is what we have to figure out how to do. I’m going to have to get out and do some things to spur some interest.

“We haven’t been able to do that the last few years because of COVID. We’ll just see how it goes. It’s gonna be a tough year ahead of us. Cross country will be kind of a rebuilding year even though it shouldn’t be. Not having that many kids come out for the summer in the high school program, we’re gonna see what we’ve got.”

Last season, the boys placed 11th at their home Class 6A regional while the girls took 15th. The last time either team won a title was in 2017 when the boys won at Sapulpa, and both teams won the Kiefer Invitational in 2016.

Sandites finish 4-1 in the Bixby tournament.

Fix's win in the Round of 16 came against former Sandites wrestler Carter Young.

Blake Jones had 20 carries for 224 yards and three touchdowns.

Several former Charles Page High School athletes have been taking advantage of the new opportunities, including 2018 graduate Gloria Mutiri, who is at the University of Oregon.

The Sandites are coming off a 7-5 mark in their first season under head coach Bobby Klinck.

Jazmin Lopez will be a leader on this year’s Sandites cross country team.

Dalton Wilcox is the Sandites’ top senior on the boys team.