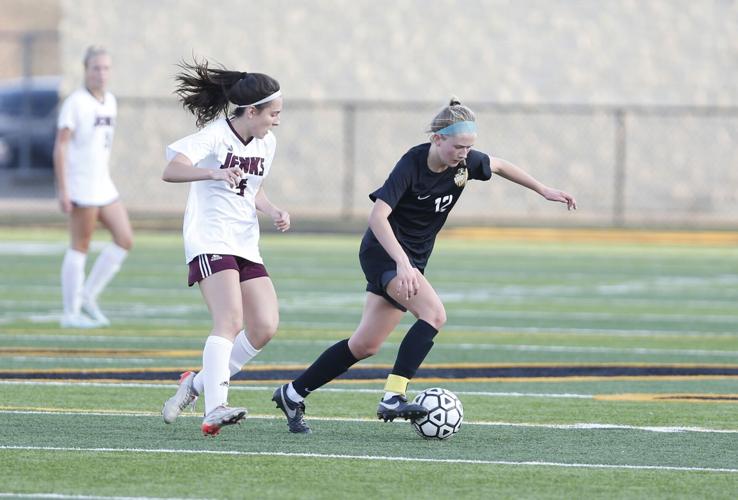 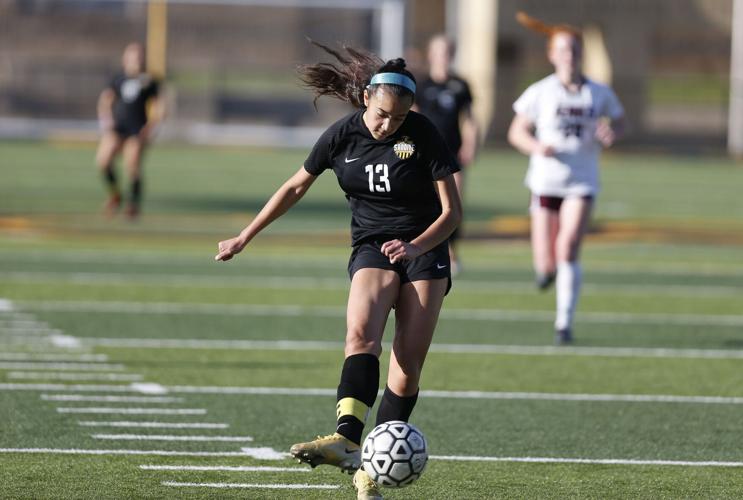 Ava Watts had 16 goals this season. 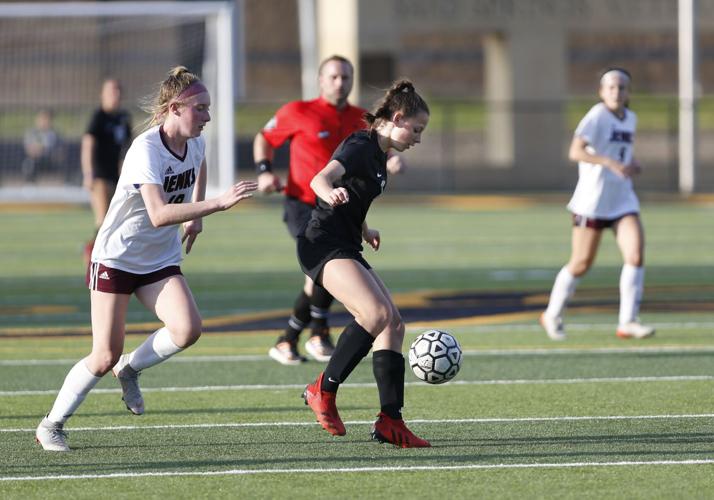 Lainey Stanfill (center) led the Sandites with 23 goals this season.

Charles Page High School’s winningest girls soccer season is over after host Broken Arrow defeated the Sandites 5-0 in a Class 6A round-of-16 game May 3.

“This has been a historic team — historic season,” Sandites coach Cisco Chavez said. “The girls fought ’til the very end. It didn’t go our way tonight.

“This team is history, and I couldn’t be more proud of them, even with the result tonight.”

The undersized Sandites (12-5) qualified for the postseason for the first time since 2012 but couldn’t get past the 6A-4 district champions from Broken Arrow (13-1).

Cora Hair got the Tigers on the board in the 27th minute, then Brianna Castleberry scored on a wild bounce five minutes later. She attempted to pass the ball up to a forward, but it skipped up over the heads of both her teammate and the Sandite goalie for a 2-0 halftime lead.

In the second half, Broken Arrow’s rotational depth exposed the Sandites’ short bench, and holes began to open in the CPHS backfield. The Tigers had only four shots on goal in the first half but upped that to 13 in the second half.

“We knew going into this season having a small team would be challenging for when we (played) the bigger schools, but these girls fought,” Chavez said.

Tigers Elena Conaway and Cameron Majka scored goals in the second half and Hair added another to end the Sandites’ historic season.

“Every game, they fought,” Chavez said. “They were able to upset Union (and) able to make the playoffs for the first time in 10 years. This team, it’s all praise from me. They left it all out there for me, and that’s all you can ask for from them from a coach perspective. And this coaching staff, they’ve had a great year.”

Sophomore star Christina Thompson came away with 12 total saves for the Sandites, including 10 in the second half.

“Christina played out of her mind tonight,” Chavez said. “She played amazing. Like I said, we faced a very good BA team that won their district, so I’m very happy with our performance. Not happy with the result, of course, but these girls fought to the very end. To my seniors, I wish them nothing but the best going forward.”

The season will continue for Rogers State University-bound senior midfielder Karsen Lynch, who was named to the OSCA 6A All-State team. She is the 29th All-State selection for the Lady Sandites.

The 6A All-State game is set for 6 p.m. June 9 at Bishop Kelley High School, and Chavez will be the head coach for the East girls.

The Sandites are poised for continued success in coming seasons, as they’ll return the vast majority of their starters.

“We’re young,” Chavez said. “We’re one of the youngest teams, I think.

“We only started one senior. The rest were juniors and sophomores, and I think we had the most freshmen out there. So these next few years for the Sandites are very strong.

“I think they got their first playoff experience and they’ll come back stronger next year.”

Freshman Lainey Stanfill led the Sandites with 23 goals this season, followed by Ava Watts with 16, Alyssa Cunningham with five, Lynch with four and Carson Sargent with two. Lauren Foster, Evelin Marino and Ashlee Feigenbaum all scored one goal apiece.

The jump made Kirkendoll only the fifth girl in school history to win a gold medal, and it was the 13th overall for the Lady Sandites.

Sandites finish 31-8 as they lose to Enid in regional baseball finals. In track and field, Layne Kirkendoll qualifies in both long and high jump, placing second in high jump at 5 feet, 4 inches, and second in long jump at 18 feet, 2 inches.

The Lady Sandites are enjoying their best-ever season while the boys team was winless in a rebuilding year.

On Thursday, the Sandites paid back an 8-0 loss from earlier in the season by defeating rival Sapulpa 18-5.

Ava Watts had 16 goals this season.

Lainey Stanfill (center) led the Sandites with 23 goals this season.