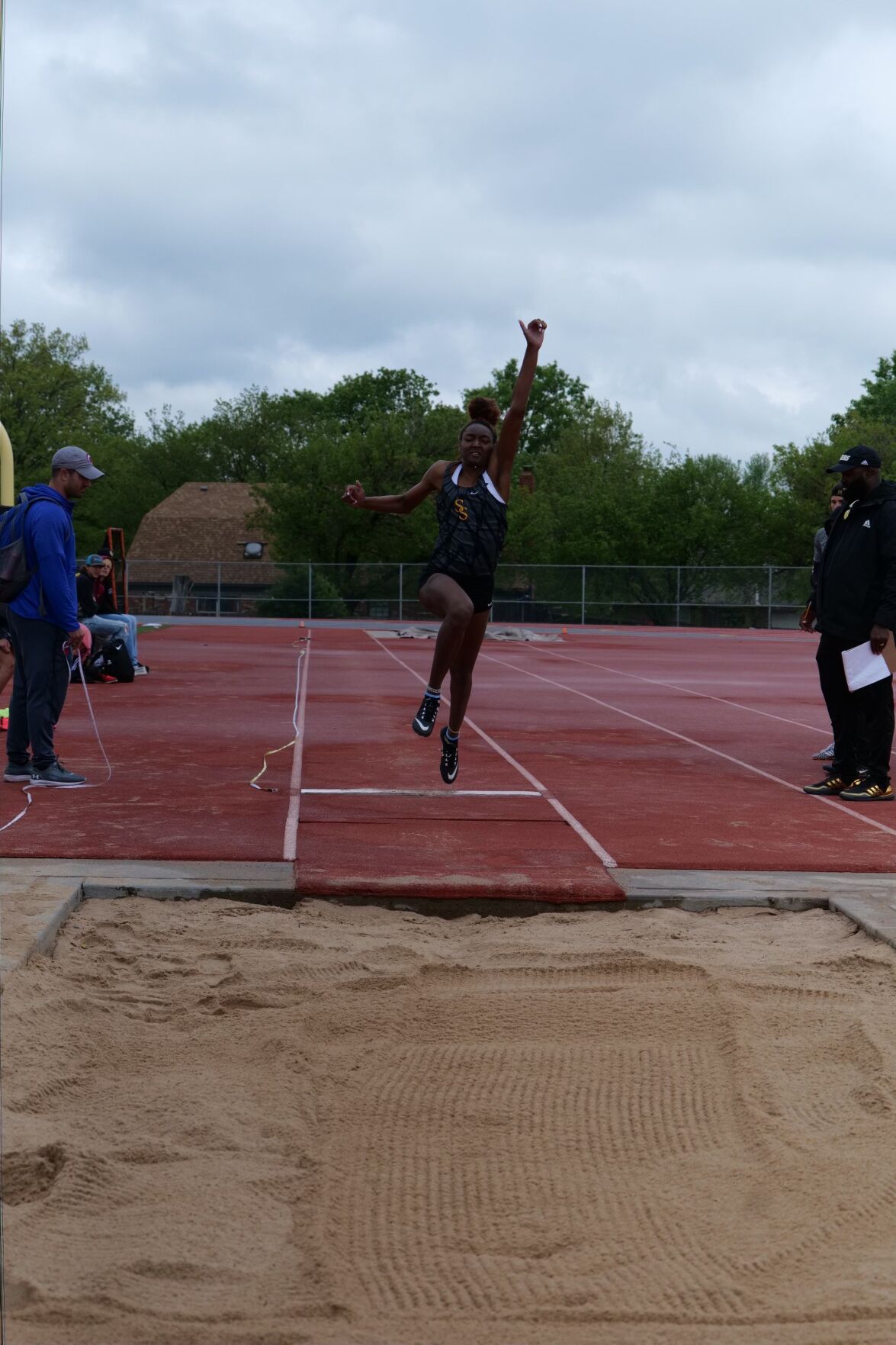 Jack Bratcher had a goal in Sand Springs’ win over Bixby.

Sand Springs’ track teams had a successful week, competing at the Jenks Invitational on April 19 and the Frontier Valley Conference meet on Saturday. The team won five first-place medals between the two meets, including three conference championships.

Junior star Layne Kirkendoll won the high jump and long jump at both events, and at the FVC meet at Union she broke her own school record in the long jump with a mark of 18 feet-8 inches. She has won 12 events this season and is undefeated in long jump.

The team will take a reduced roster to the Sapulpa meet on Friday, and some will take the week off to rest for the Class 6A regional meet on May 8 at Sapulpa.

Cason Savage hit a triple and a home run with two RBIs, and scored three runs, and Keaton Campbell hit two doubles for two runs and two RBIs in the first game. Jabe Schlehuber got the win on the mound, throwing nine strikeouts, allowing only one hit and no walks in five innings.

Sand Springs outhit the Pirates 10-6 in Game 2, but stranded eight runners in the loss. The Sandites led 3-1 until the seventh inning when Putnam City loaded the bases on two hits and a walk, and scored all three runners on an error.

They lost another close decision 11-9 against Oologah on Thursday, leading 9-8 until the seventh. Savage and Brooks Dudley were both 3-of-4 at the plate.

The Sandites will host Guthrie at 5:30 p.m. Thursday and Glenpool at 6 p.m. Friday.

The Lady Sandites (7-5, 1-4 6A-3) fell 1-0 to Bixby on April 20 in an overtime shootout. The girls made it through regulation and both overtime periods without giving up a goal, despite playing short-handed two players. Alyssa Perry and Katie Webb made their penalty kicks, but the Spartans won the shootout.

Last Friday’s soccer doubleheader was rained out at Booker T. Washington and will be made up Friday, with the girls at 6 p.m. and boys at 8 p.m. at BTW. The boys will also play a makeup match at 7 p.m. Thursday at Moore.

Sand Springs’ Lauren Hammock had a grand slam, and Raegan Rector and Jaden Jordan also homered, but No. 2-ranked Broken Arrow rolled to a 20-11 win last Thursday after scoring eight runs in the top of the seventh. No. 15 Sand Springs (7-15) will travel to No. 3 Moore on Thursday for the regional tournament, starting with Putnam City at 11 a.m.

Former two-time Sandites state champion Riley Weir went 4-3 at the NJCAA Championships and finished in eighth place at 125 pounds. Weir is in his freshman year at Labette Community College.

Jack Bratcher had a goal in Sand Springs’ win over Bixby.