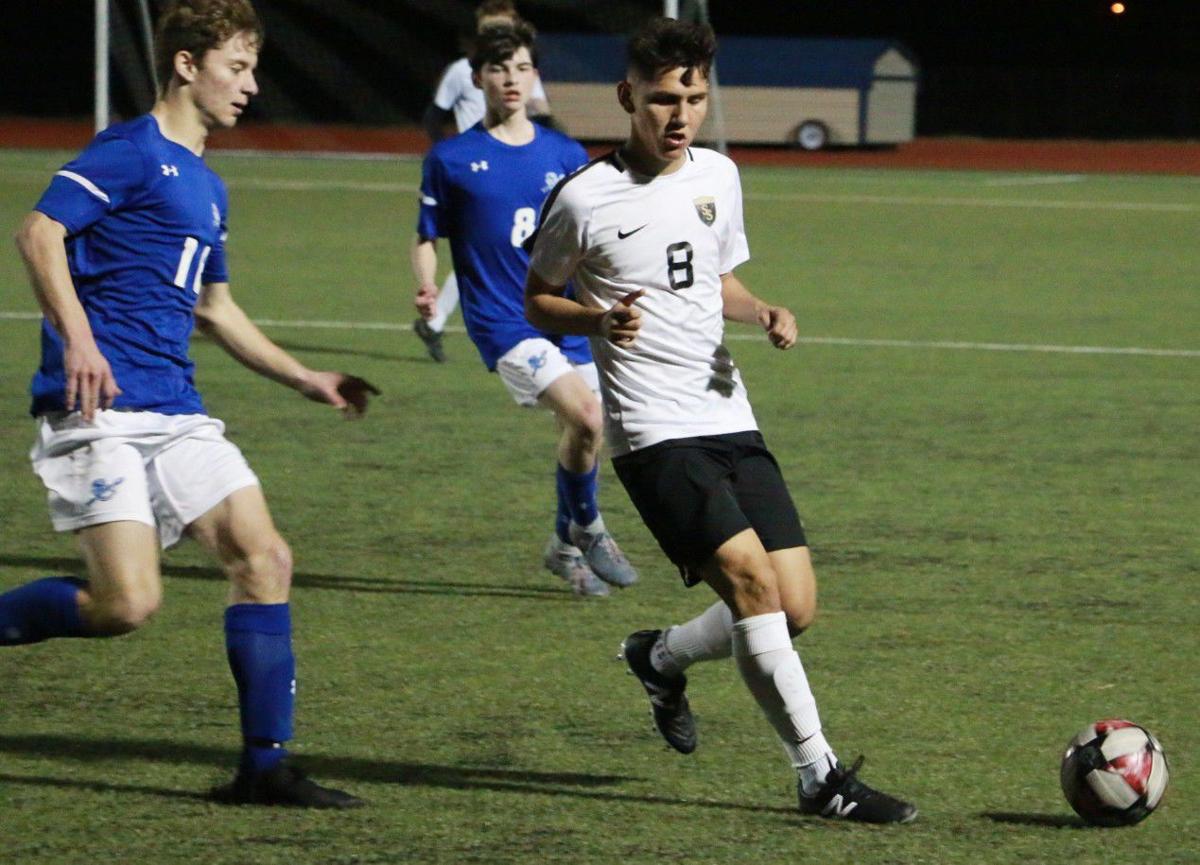 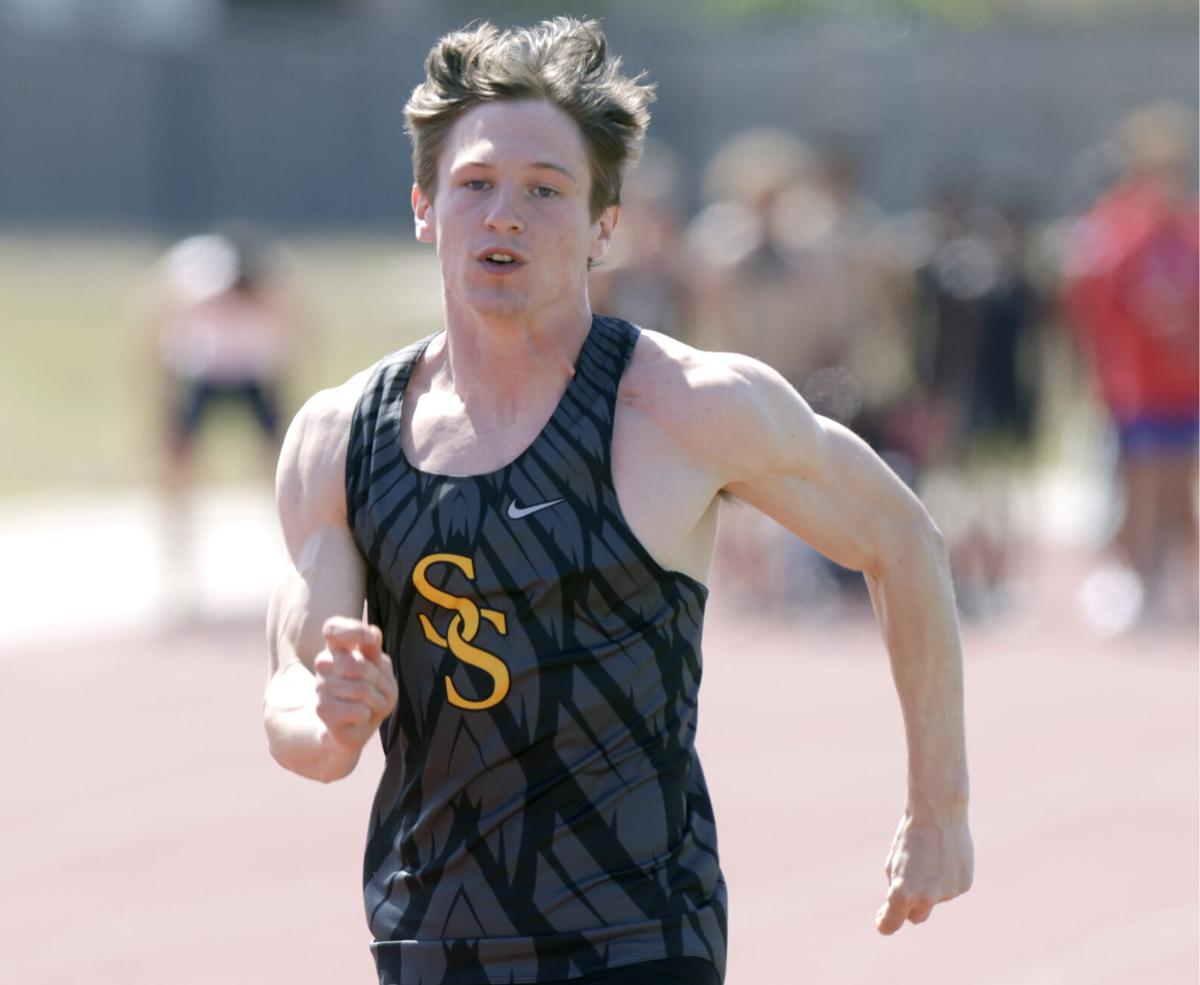 Sand Springs’ Joseph Mattison competes in the 100 meters at the Broken Arrow Track Classic on Saturday. 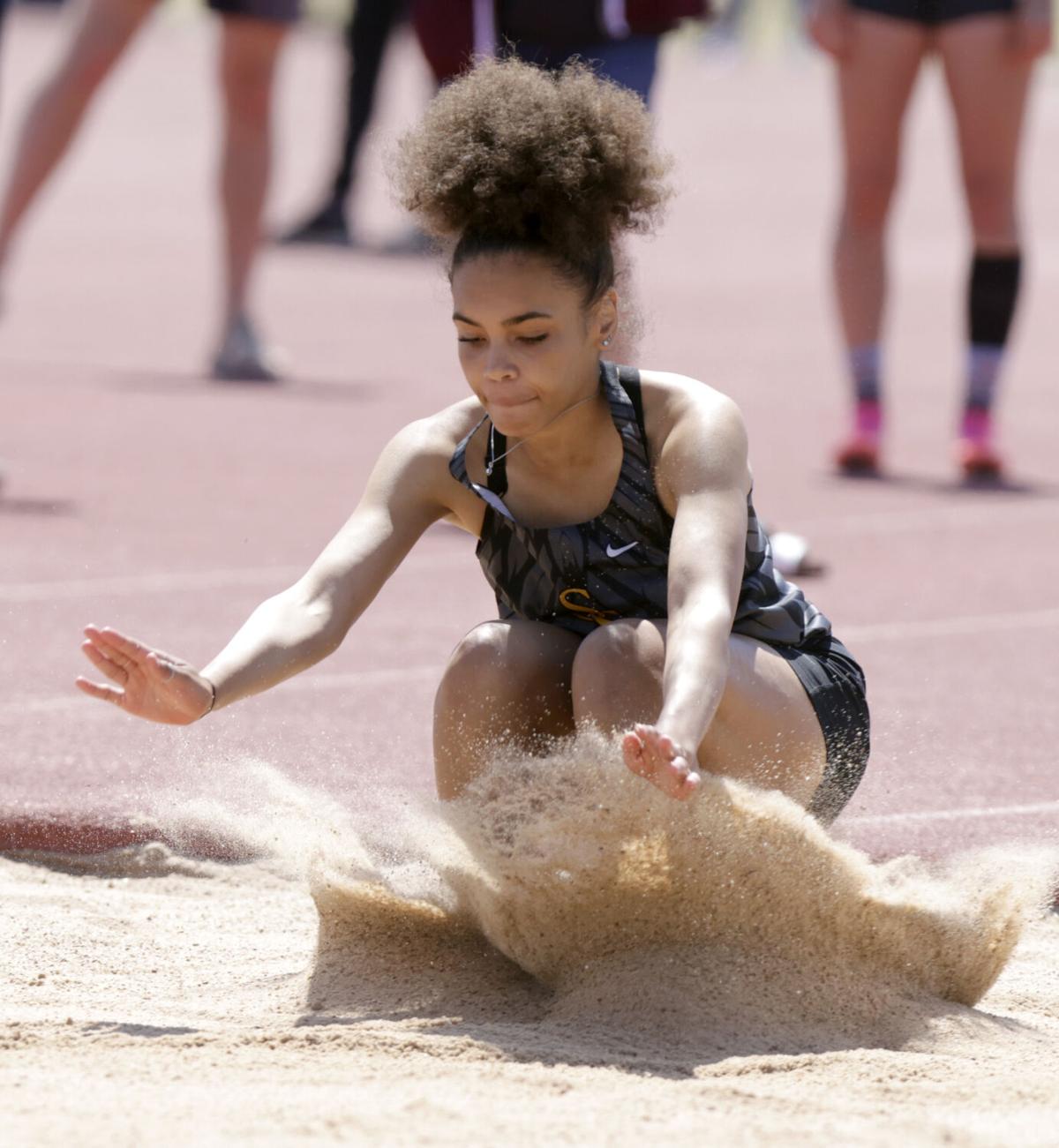 Sand Springs’ Brittney Rawlins competes in the long jump at the Broken Arrow Track Classic in Broken Arrow on Saturday.

Fernando Saldana scored twice and Xander Quiroga had five saves to lift Sand Springs to a 3-2 win over visiting Edmond Memorial in a District 6A-3 soccer opener Friday.

Jack Bratcher also had a goal for the Sandites. Bratcher leads the Sandites with nine goals and Saldana has eight.

The Lady Sandites lost 1-0 to Edmond Memorial in the district opener, snapping a four-match winning streak.

Both teams will visit Union on Friday for a district match. The girls will play at 6 p.m., followed by the boys at 8 p.m.

Joseph Mattison was the star of the show, running the 200-meter dash in 22.18 seconds for third place. He also jumped 20 feet-6 1/2 inches for third place in the long jump.

BaseballSandites baseball went 2-2 last week, capped by a 13-1 run-rule victory against visiting Midwest City. Keaton Campbell went 3-for-3 at the plate with a double, two runs, and four RBIs, while Kayden Campbell got the win on the mound with six strikeouts and only one hit.

Sand Springs opened the week with a 7-3 district win March 29 at Broken Arrow. The Sandites recorded 11 hits with four doubles, and got it done on the mound as well. Jabe Schlehuber tossed five strikeouts for the win and Eli Buxton recorded the save. Broken Arrow won the next day’s rematch, 8-7. Sand Springs’ Dom Ornelas hit a three-run homer for the 6-3 lead in the third, but the Tigers rallied with four runs in the fifth.

The Sandites headed to Jenks for a non-district game Friday and lost 2-1 on a walk-off error. Sand Springs ended the week 10-10 overall and 4-4 in District 6A-4 play. They will play at Bixby at 6 p.m. Friday and at noon Saturday at Union.

Slow Pitch SoftballSand Springs (6-5) won a rivalry double-header against Sapulpa in dominant fashion on March 29, beating the Chieftains 28-5 and 23-0, but hit a rough patch later in the week.

Raegan Rector hit two home runs in the first game, scoring three runs and producing six RBIs. Lauren Hammock got the win, only giving up two hits with one strikeout in the three-inning game.

Rector hit a triple in the second game, and scored two runs and had five RBIs. Kaden Barnes pitched the three-inning shutout, allowing one hit with one strikeout and no walks.

On Tuesday, Rector hit two homers with six RBIs in a 21-13 loss to Berryhill. Taylor Skipper also had a homer and went 3-for-3 at the plate. They also fell 20-3 to Broken Arrow despite another homer from Rector.

The Sandites will play Jenks and Owasso at 5 p.m. Thursday at Jenks.

Both the Charles Page High School boys and girls teams will kick off the season Aug. 21 at Edmond Deer Creek.

Voting at OKPrepsExtra.com will continue through 3 p.m. Aug. 10.

The WSA's men's team, Side FC 92, went undefeated 11-0-2 last fall to win the UPSL Central Conference North Division II title, and was promoted to the Premier League, where its season ended with a playoff loss Sunday. The women’s team is 6-3-1 in its inaugural season and headed for the United Women’s Soccer League playoffs.

Sandites coach Derek Jackson has also focused on introducing the sport to younger grade levels, offering a camp for grades 3-9.

Sand Springs’ Joseph Mattison competes in the 100 meters at the Broken Arrow Track Classic on Saturday.

Sand Springs’ Brittney Rawlins competes in the long jump at the Broken Arrow Track Classic in Broken Arrow on Saturday.