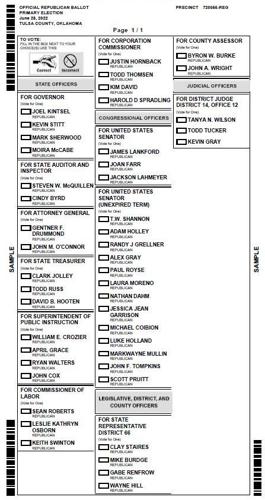 Registered Republicans in House District 66 will cast their ballots Tuesday for one of four candidates hoping to succeed state Rep. Jadine Nollan, R-Sand Springs, who is term-limited and leaving the Legislature after holding the seat for 12 years.

Democrats in the district won’t vote until the general election in November because James Rankin of Sand Springs was the only Democrat to file for the seat.

Unless one of the four Republicans in the contest — Mike Burdge and Gabe Renfrow of Sand Springs and Wayne Hill and Clay Staires of Skiatook — wins a majority of the votes cast Tuesday, a runoff election featuring the top two vote-getters will be held Aug. 23.

On the campaign trail, Burdge has been emphasizing his experience in municipal government.

A longtime Sand Springs resident and 1969 graduate of Charles Page High School, he has spent 26 years on the Sand Springs City Council, including 13 as mayor and six as vice mayor.

He also has served 22 years on the Legislative Committee of the Indian Nations Council of Governments and is a member of its Executive Committee.

Burdge, 71, also serves on the Oklahoma Municipal League’s Legislative Committee and spent three years as president of the Mayors of Oklahoma.

A Vietnam War veteran who is involved in veterans issues, he and his wife, Cathy Burdge, have three children and three grandchildren.

Even though Renfrow now makes his home in Sand Springs, he grew up in southeastern Oklahoma around McAlester.

He obtained a bachelor’s degree from Northeastern State University and then a nursing degree from Bacone College and has been a nurse for 17 years at the Oklahoma Heart Institute.

His wife, Gini Renfrow, is a nurse practitioner and an adjunct professor at the University of Tulsa. They have two children.

Renfrow, 45, has said he decided to run for the state House about six years ago after his daughter was born, when a friend asked him how he was going to take care of her. “So I’m doing this so I can make sure that her future is bright,” he said.

Renfrow has said he’s anti-abortion and a Second Amendment believer.

Hill, 64, is the Osage County Republican Party chairman and the state chapter director for the Oklahoma 2nd Amendment Association.

He has a master’s degree in health care administration from Oklahoma State University and worked in the health care industry for 40 years until his retirement earlier this year.

He and his wife, Cathy Hill, have been married for 44 years. They have five children and 10 grandchildren.

Hill said he has been volunteering for 30 years in one capacity or another, is firmly anti-abortion and pro-Second Amendment, and believes “in the original intent of the Constitution and limited federal government.”

Staires spent his childhood at camp, literally growing up at the Shepherd’s Fold Ranch in Avant, north of Skiatook. The Christian camp was begun by his parents in the early 1970s.

He played football for Barry Switzer while getting a degree in education at the University of Oklahoma before becoming a teacher in Tulsa and then Kansas City.

In 2002, he and his wife, Lisa Staires, returned to Oklahoma to lead Shepherd’s Fold, which they did for a decade before moving to the private sector and starting a consulting company called the Leadership Initiative.

The couple live in Skiatook and have two daughters.

Staires said he’s running for the state House because he wants “to protect our Oklahoma values and keep the feds out.”

During an April candidate forum sponsored by the Sand Springs Chamber of Commerce, a question about school vouchers brought a variety of responses.

Renfrow said he has “mixed feelings” about the issue.

“I think change is a good thing,” he said. “I realize that every dollar is precious,” but “change would force both public and private schools to look for other ways to raise money,” which he said is positive.

Staires said he is a “firm believer that one size does not fit all. And being a public school teacher and private school teacher, I saw how one group in public school was just by its nature forced to move toward one size fits all, whereas in the private sector and home-schooling, they’re able to tailor the education toward the students.”

“I don’t know if I’m a supporter of the vouchers the way they are set up right now,” he added. “However, giving the power and giving the choice to the parents to how they want their child to be educated is very important to me.”

“Everything I’ve seen so far, I oppose the vouchers,” he said, adding that he has asked lawmakers who brought forth such proposals, “‘What’s the plan? After you burn down education with vouchers, what’s the plan?’

“Nobody has a plan,” he said. “They want to burn down public education and have a phoenix come up out of the ashes. I don’t think we’re there yet.”

On the other end of the spectrum, Hill was the most ardent supporter of vouchers.

“I believe in parental choice,” he said. “I firmly believe that no one is going to make a better decision for the children than the parents.”

Hill also criticized the Stillwater school board for voting “to allow transgender — which are males — into the girls bathroom.”

He asked, “What’s a single mother to do if her 13-year-old daughter doesn’t want that male in her bathroom? What’s she to do?”

“I firmly believe we need to allow her to have an opportunity for her children to advance and to succeed, as well,” Hill said.

A question about how to solve issues surrounding mental health care in Oklahoma prompted Hill’s reply that the state’s “homeless problem is getting worse,” adding without offering evidence that other states, including California, are “busing their homeless into Oklahoma.”

“We need to address the drug use in this nation,” he said, adding that one way to help might be “reinstitutionalizing these individuals.”

“They get good care there. I remember these institutions whenever I was a younger man,” he said. “These individuals got help. Now on the street, they don’t. They linger for years, and they die on the street.

“That’s not humanitarian to me.”

Renfrow criticized the training — or lack thereof — that first-responders in Oklahoma are provided for dealing with mental health issues.

“It’s amazing the education we don’t receive as first-responders,” he said. “It’s very minimal. Most of it is on-the-job training.”

Another question at the April candidate forum concerned state lawmakers’ advancement of a number of proposals that would let the state’s authority preempt local control on issues such as marijuana, drunken-driving and guns.

“I am very much in favor of local municipalities having the powers, having the funding … to run what they want to do in their cities,” he said, adding that the state is here to support but not to dictate what municipalities do.

“There were 12 bills introduced this year with the word ‘preempt’ in them,” Burdge said. “It’s a new catch-word at the Capitol.

The polls will be open from 7 a.m. to 7 p.m. Tuesday. To find a polling place or view a sample ballot, go online to the OK Voter Portal at oklahoma.gov/elections/ovp.html.

Early in-person voting will take place from 8 a.m. to 6 p.m. this Thursday and Friday and from 8 a.m. to 2 p.m. Saturday at the Tulsa County Election Board, 555 N. Denver Ave. in Tulsa.

For voters in Osage County, early voting will take place during the same hours and days at the Osage County Fairgrounds, 322 Skyline Drive in Pawhuska, and at the First Baptist Church at 825 W. Rogers Blvd. in Skiatook.

Case Community Park fireworks to blast off at 9:20 p.m. Sunday

The Independence Day celebration will kick off at 6 p.m. with food, games, fun and music.

The permits cost $20 and allow the bearer to discharge fireworks within the city during certain hours on July 3-4.

The Veterans Alliance Corps of Sand Springs, a new nonprofit entity made up of four well-known organizations, including the American Legion, will operate the former senior citizens center at 205 N. McKinley Ave. as a veterans center.

Renfrow, of Sand Springs, took an early lead in the Republican primary, ultimately receiving 37.6% of the vote, but Staires, of Skiatook, was never far behind and ended up winning 26.1%.

The first three sailed through easily, but the fourth barely squeaked by at 51.6% to 48.4%.

Active COVID cases up 250% since end of May, officials say

COVID-19 infections across Oklahoma for the week ending June 25 were up by more than 2,600 cases.

A Sand Springs woman was too smart to fall prey to the scheme, but officials are warning others to beware.

Sand Springs school district named the Best in the Burbs

The municipal redistricting process is legally required after each decennial Census. 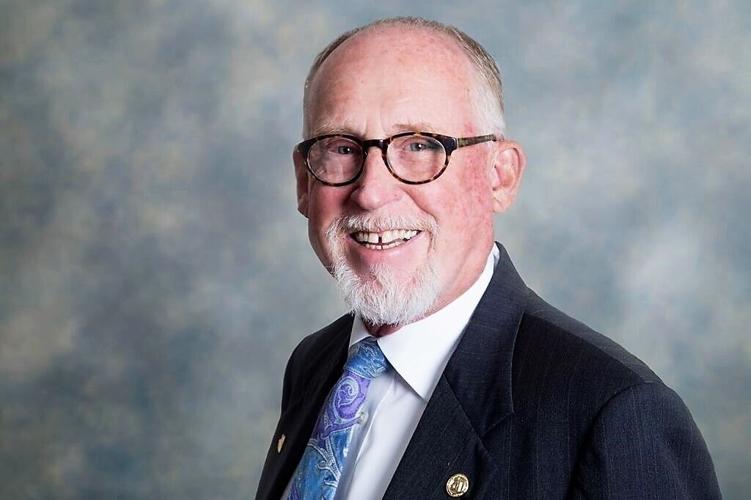 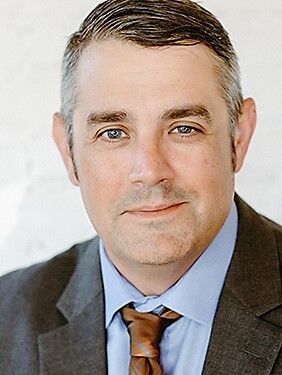 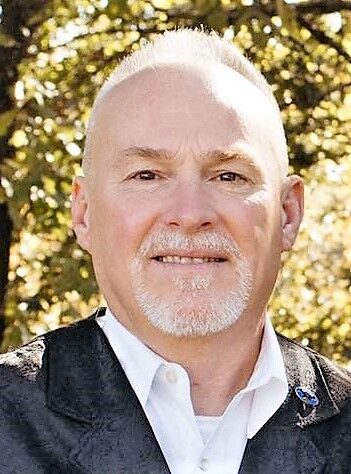 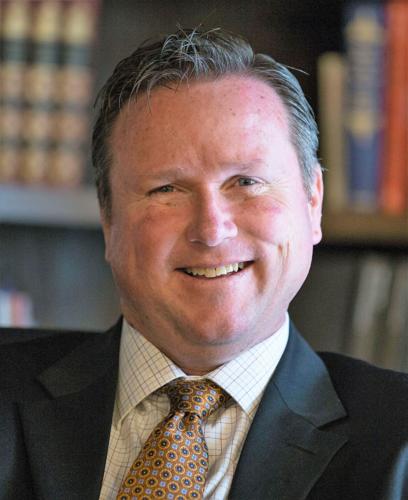