Linda Been is also known as Linda Gann in court documents. 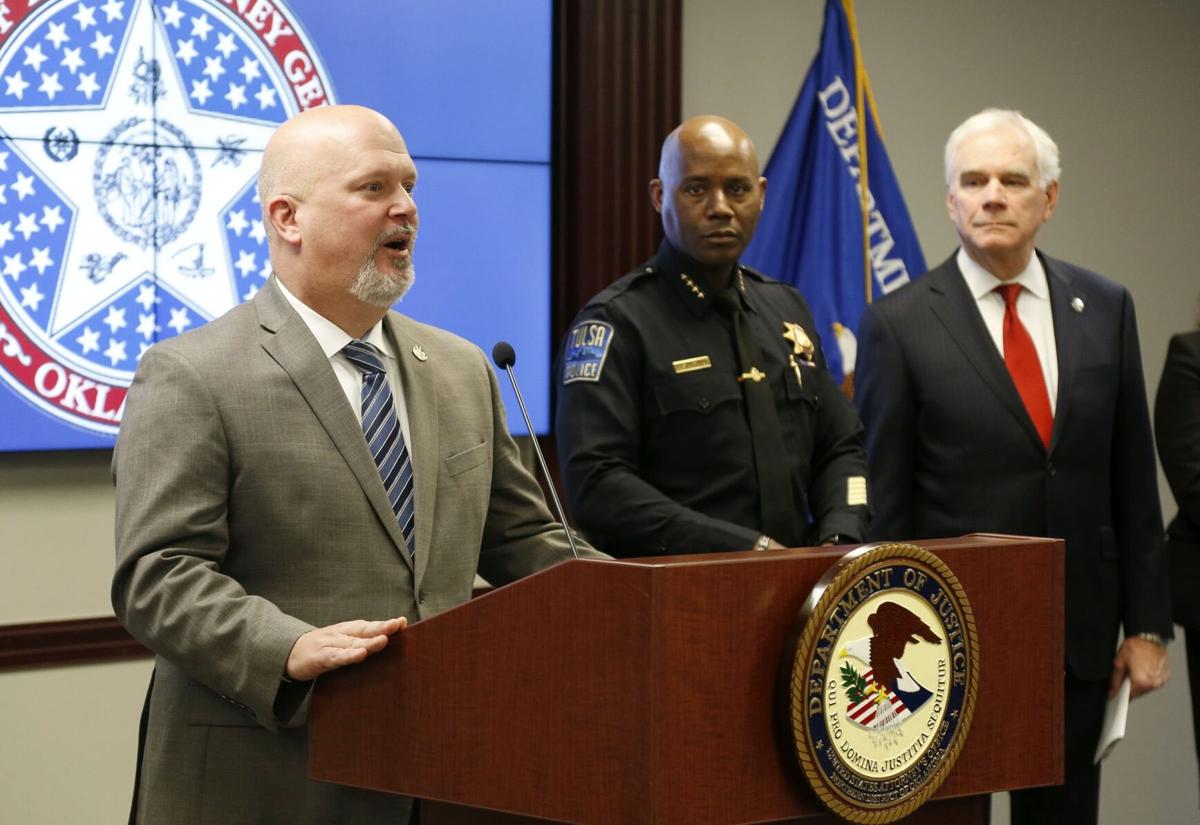 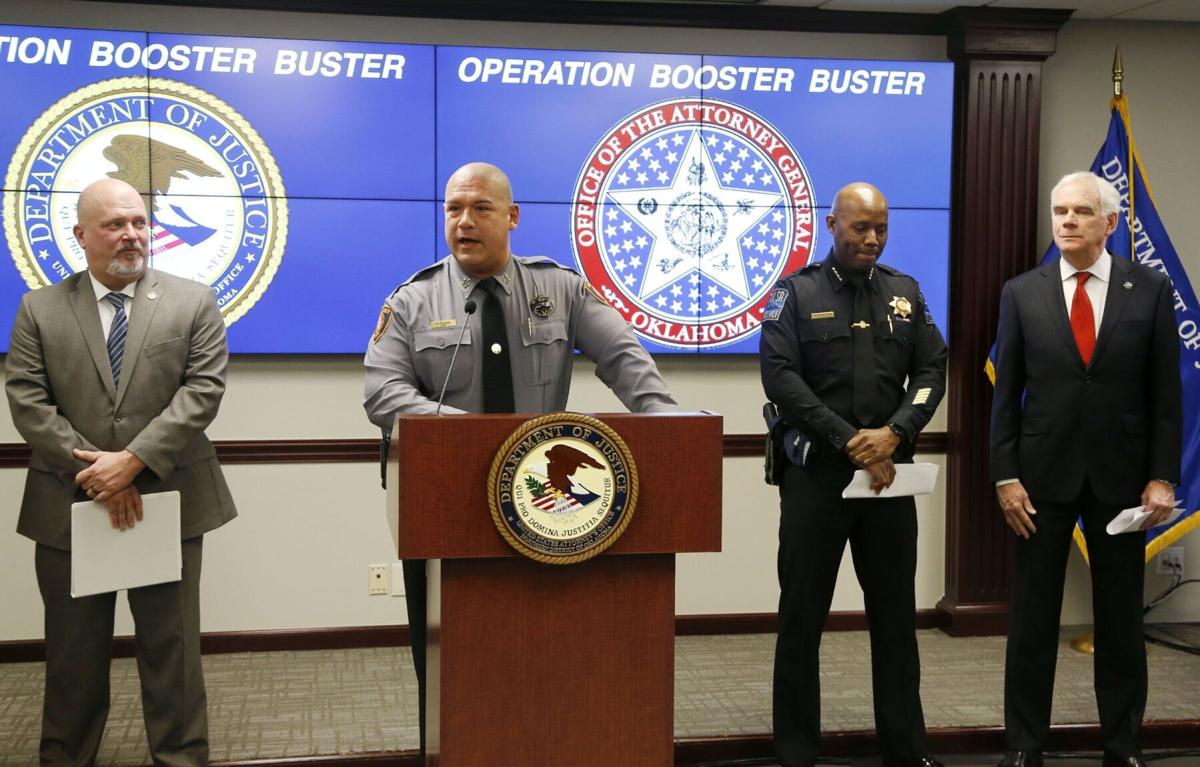 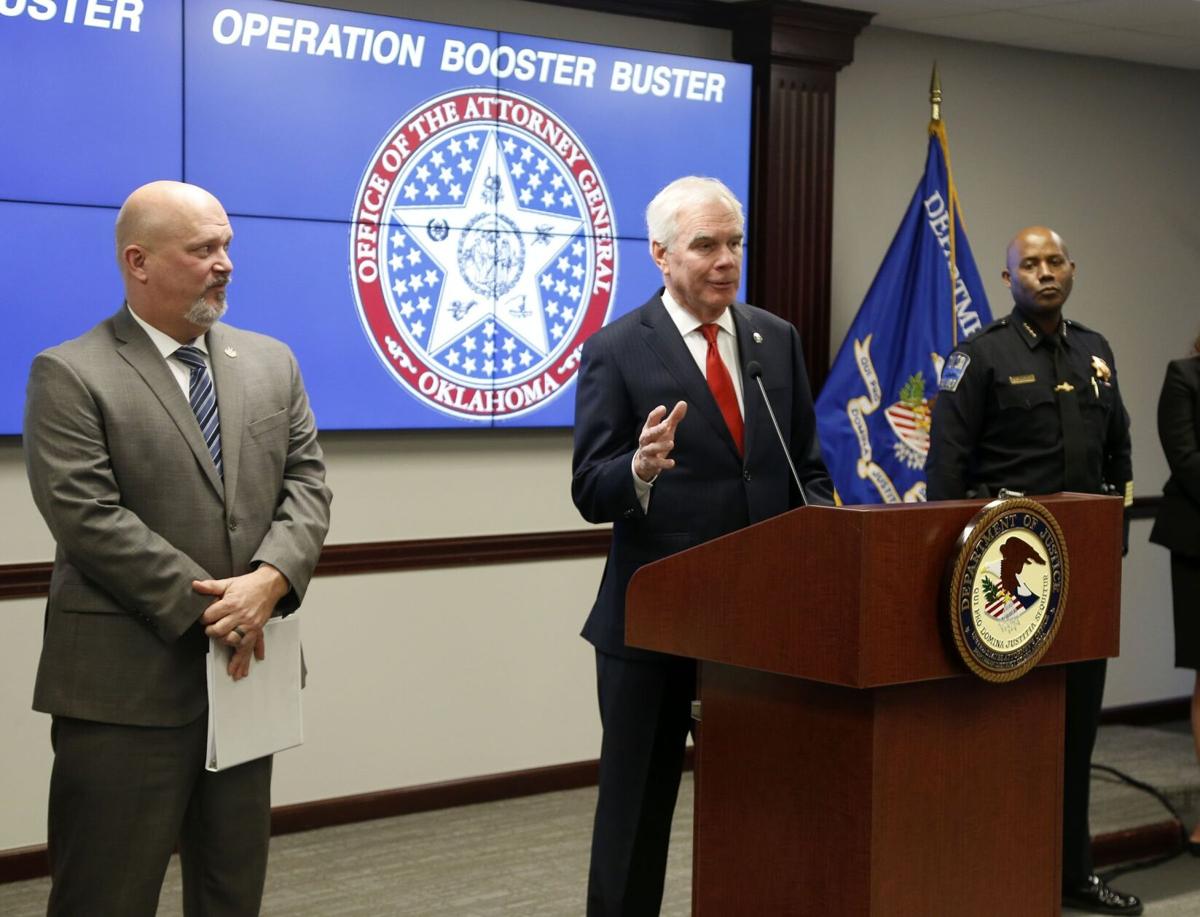 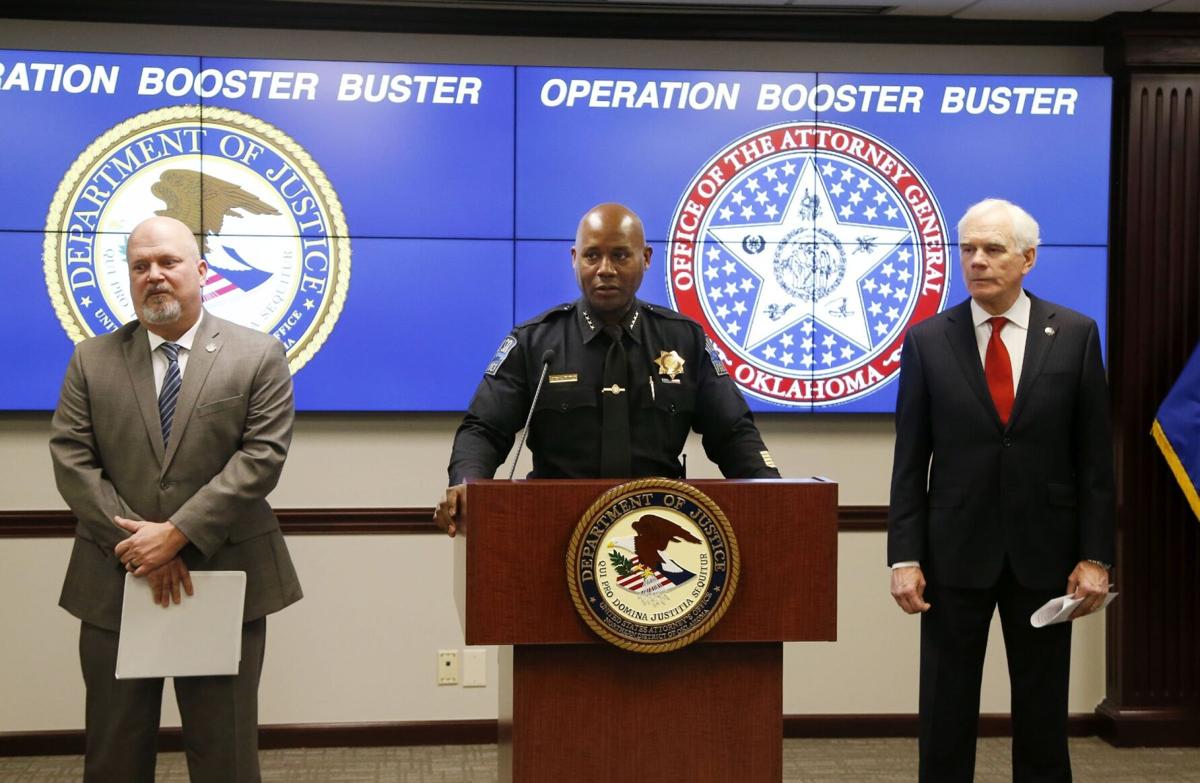 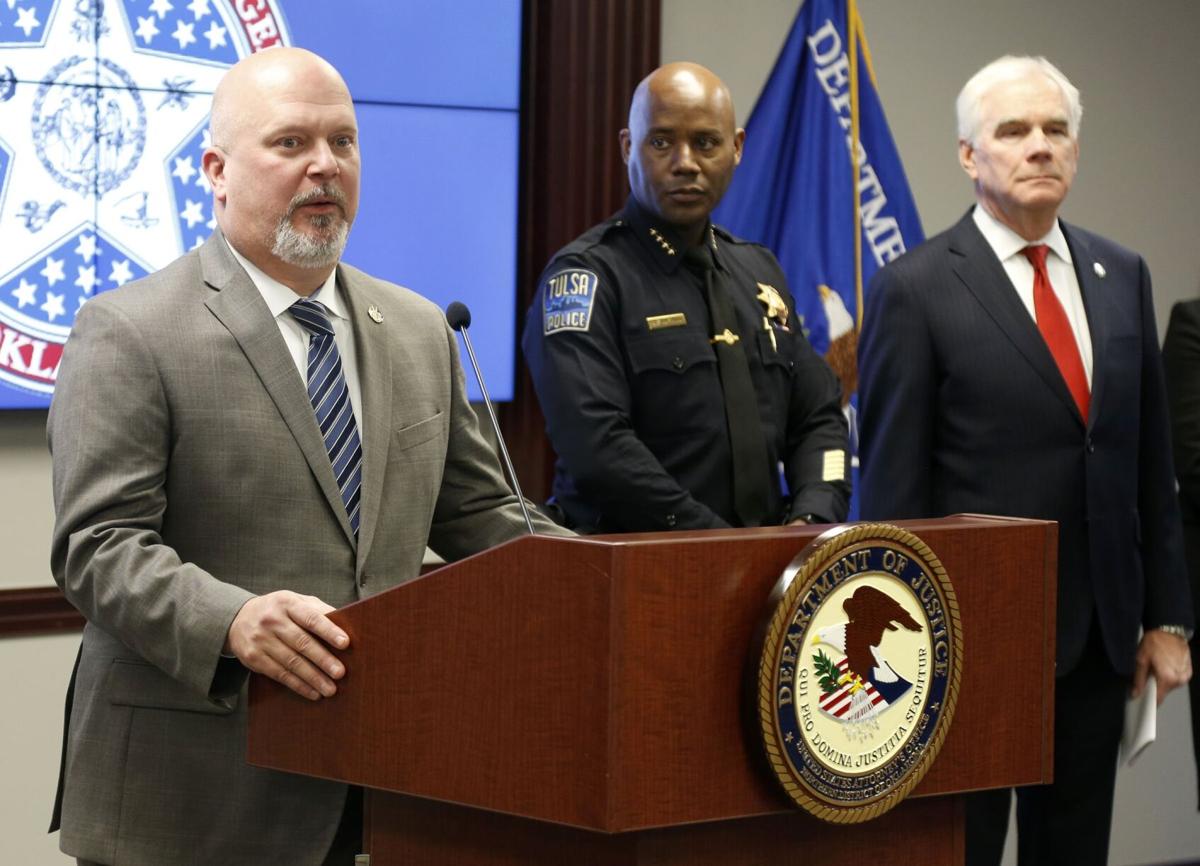 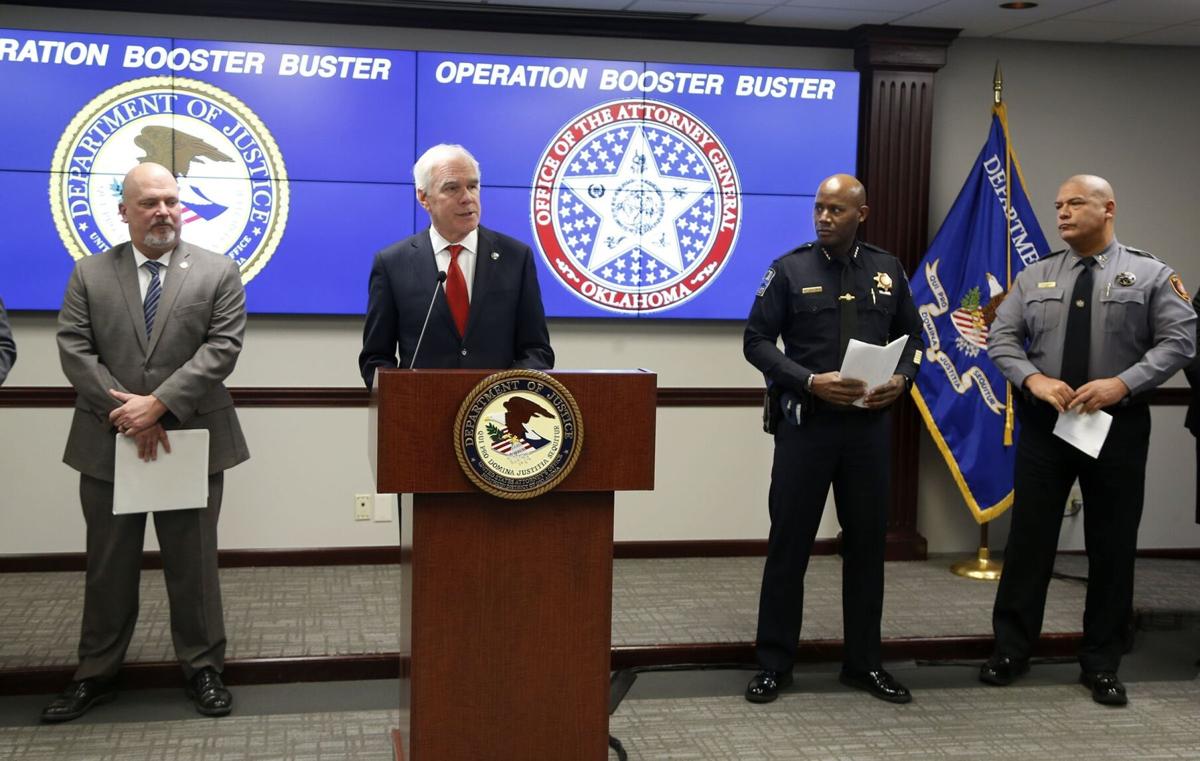 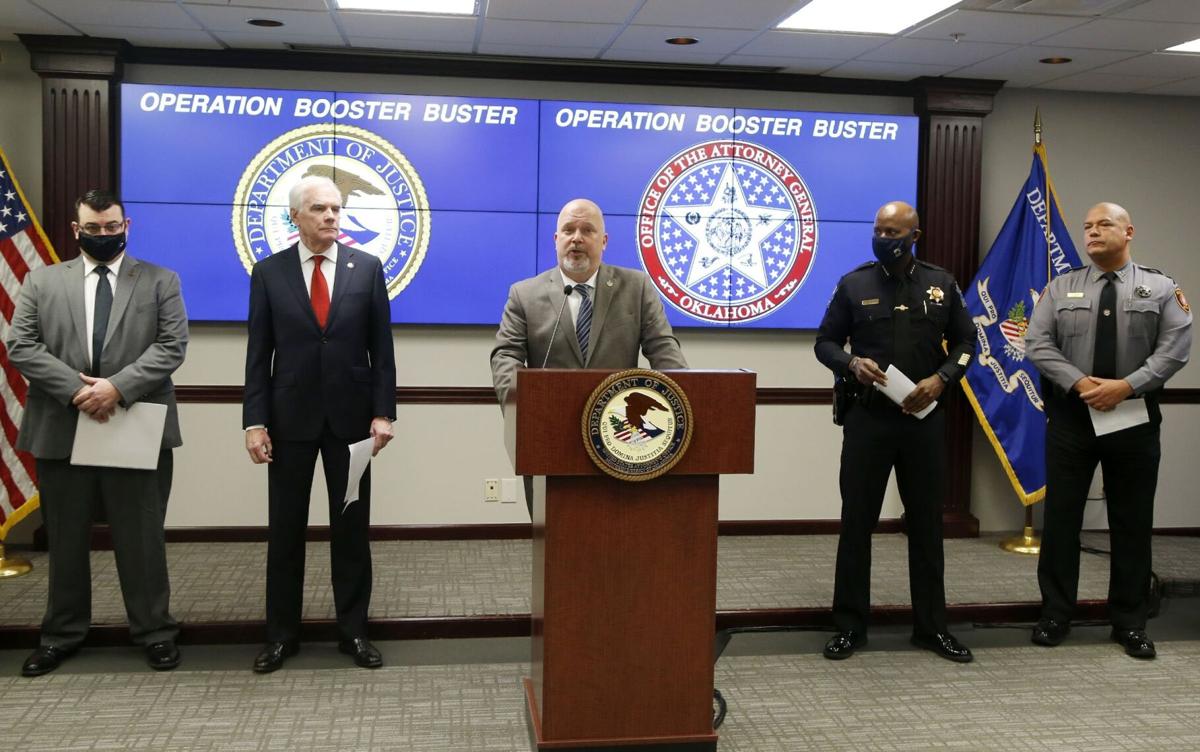 One head of what investigators believe to be a national hydra of retail theft organizations fell this week with the announcement of state and federal charges against a northeastern Oklahoma matriarch and her associates, who are accused of depriving retailers in a five-state area of more than $10 million.

Two Sand Springs businesses are named in a federal indictment as being used in the scheme.

State and federal charging documents identify Linda Ann Been, also known as Linda Gann, as the ringleader who allegedly cultivated and directed more than 20 "boosters," or organized shoplifters — including at least one juvenile — to steal large quantities of over-the-counter medication from stores in Oklahoma, Texas, Arkansas, Missouri and Colorado for online resale.

RICO — or Racketeer Influenced and Corrupt Organizations — charges normally levied against mob bosses have been filed against Been and 24 others in a 125-count state court case, and 23 people — many of whom are also charged in Tulsa County — have been named in a 214-count federal indictment alleging crimes including conspiracy, wire fraud and conspiracy to commit money laundering.

"These are serious crimes, and we will prosecute these defendants to the fullest extent of the law," Oklahoma Attorney General John O'Connor said at a news conference Thursday. "The defendants' criminal conduct spanned numerous years and involved dozens of people. Make no mistake, this was a criminal enterprise."

O'Connor joined federal, state and local law enforcement leaders in announcing the "Operation Booster Buster" takedown. The group lauded the efforts of countless detectives and agents who contributed to the investigation and emphasized the gravity of retail theft.

"All too often, organized retail crime also leads to other illicit activity, such as drug and human trafficking."

A fence is a person or organization that purchases or receives stolen good for resale from boosters — hired thieves.

Receiving direction from higher fencing operations still under investigation, Been is alleged to have passed down marching orders of exactly what products boosters were to steal and the price she was willing to pay for their successful lift.

"Generally, the fences would pay half the retail price for any given item. Been would then provide the boosters with a list of items to steal, payment details, advice on how to steal the merchandise and which stores to target," Johnson said. "Been would usually pay boosters half the amount that she expected for the items that were stolen."

Many of Been's alleged boosters reportedly told investigators they used the proceeds to support their drug addiction, for which some were committing thefts daily.

The investigation began in 2019 after Hector Leal, an organized crime investigator with CVS Health, noticed a trend of bulk-thefts of specific items from Tulsa-area stores, an affidavit states. Using open-source records and sales on eBay, Leal linked Been and her son, Gann Jr., to several boosters and contacted the Tulsa Police Department.

"As the investigation developed, TPD and OAG investigators determined that several theft crimes … in surrounding states were linked to (Been's retail theft organization)," the affidavit states. "A federal investigation with Homeland Security Investigations and the U.S. Attorney's Office was initiated."

Two years later, law enforcement officers have arrested 25 of 29 defendants charged in the case, and IRS agents have traced more than $4.5 million in illegal proceeds obtained throughout the alleged operation.

"Illegal money generated and laundered was eventually used to purchase vehicles, an RV, a boat, $70,000 in real property, a $27,000 Harley-Davidson motorcycle, as well as pay for their everyday living expenses," said Christopher Altemus Jr., special agent in charge of IRS-Criminal Investigation.

Further, more than $800,000 was withdrawn in cash to pay boosters, Altemus said.

"These criminals often believe their actions only harm large companies and have a complete disregard of the negative effect on everyday consumers," Altemus said. "As we all know, the last thing we need right now is higher consumer prices due to criminal activity."

In a message to those still operating in a retail theft organization, however, Miller took a different tone.

"We will not relent," he said. "No matter where they operate, we will ensure those responsible for organizing these types of criminal enterprises are brought to justice."

Nine-year-old Blaise Schrepel's teacher came up with the idea, and Blaise himself got to help with the design.

Tommy Hynes, 76, of Sand Springs died at a hospital after his van collided with an SUV on 21st Street near 49th West Avenue.

Out of the darkness: Gathering sheds light on miscarriage and stillbirth

About 75 people came together at Case Community Park to remember the little ones who were lost too soon.

Michael Adam Lindsey, 37, had already been sentenced in state court for the crimes and was serving a 15-year sentence in the Oklahoma Department of Corrections when he appealed based on the U.S. Supreme Court's decision in McGirt v. Oklahoma.

Ironman training: In winter, know when to stay 'in'

With some flexibility and planning, you should be able to enjoy the great outdoors during much of the winter, but having things set up for indoor training will help immensely for when you need to bring it indoors.

A celebration of life is being planned for Friday evening.

Check out this first column in a new monthly series to be written by new Charles Page Library Manager Sarah Dawson!

An increase of 264 cases put Sand Springs over 1,000 COVID-19 infections for the first time, the data show.

Linda Been is also known as Linda Gann in court documents.