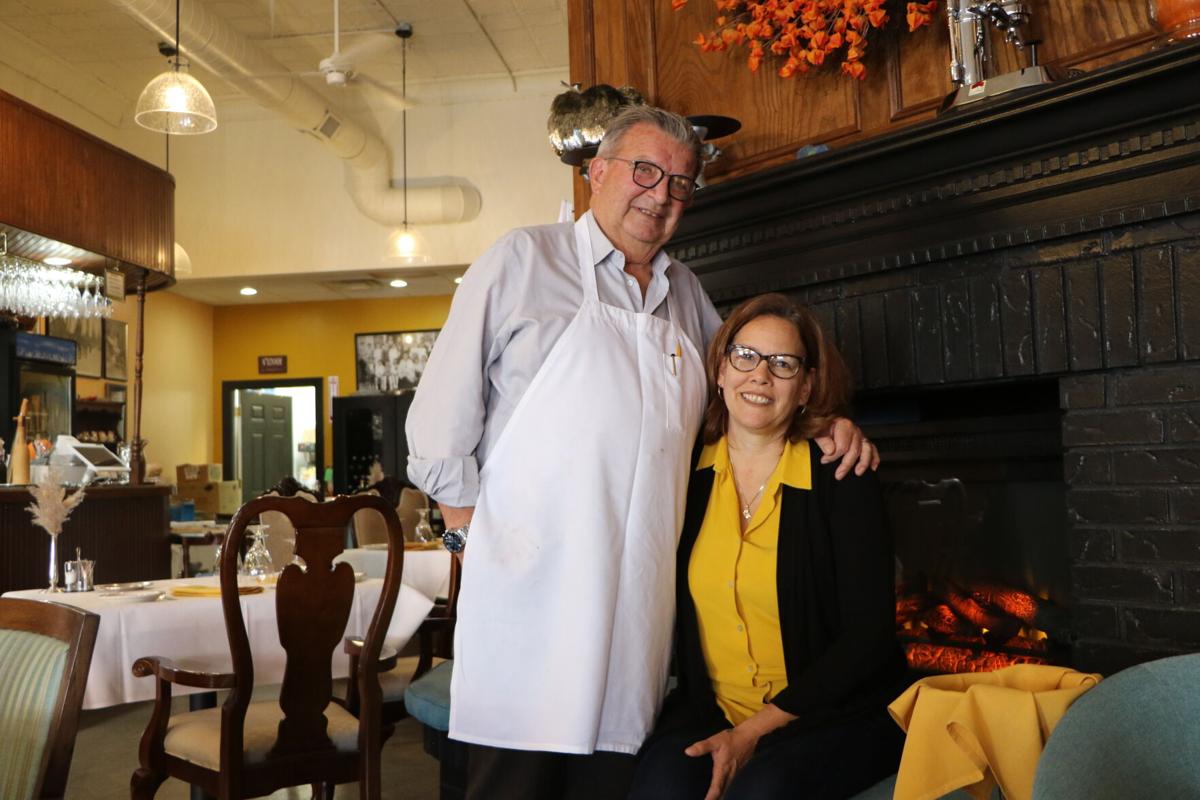 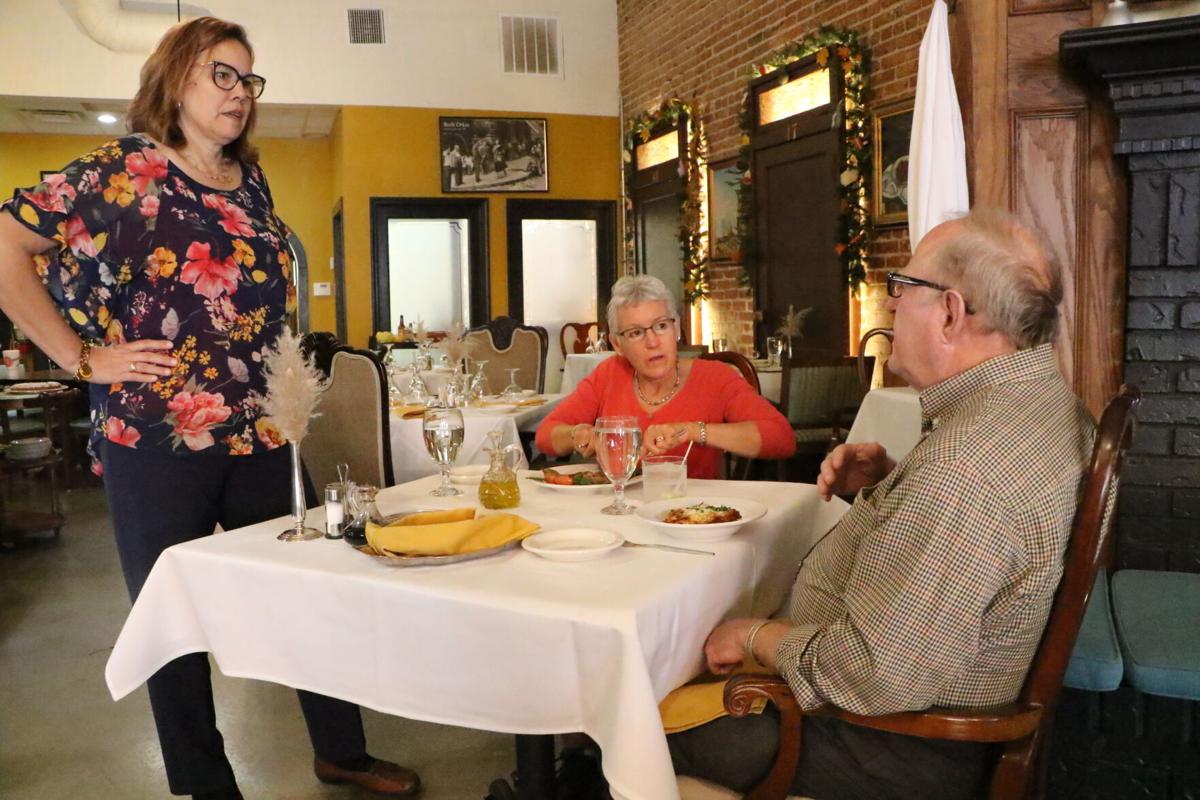 If there is one thing Walter Munaretto has learned during his storied career in the food service industry that has taken him around the world, it is the importance of hospitality.

“If you show people the right hospitality, they will want to come back to you,” Munaretto said.

From the personal greeting patrons receive from Munaretto and his wife and co-owner Candi to tableside preparation, a personal touch is one of the priorities for the couple who opened up Little Venice Restaurant Eatalian Food and Wine in downtown Sand Springs earlier this year.

Little Venice features authentic Venetian recipes with 10-12 freshly-made entrees with a majority of the items changing on a weekly basis. Menus are updated on the restaurant’s Facebook page.

A native of Italy, Walter began his career in food service at the age of 15. He told his mother his interest in the business was because of the “good food and good drink” he witnessed.

“I was always starving so this looked good to me,” Walter said with a hearty laugh.

Munaretto worked in Switzerland and England and first came to Tulsa in 1976. He left and then returned again in 1995 to work at the Summit Club. Munaretto became the general manager at the Summit Club and soon developed a reputation as one of the most accomplished in the industry around Green Country. Walter was honored as one of Tulsa’s Men of Distinction in 2012.

He eventually retired from the Summit Club in 2016. But Walter and Candi, Sand Springs’ residents for the past decade, wanted to bring a unique dining experience into the community.

“We loved Sand Springs and when we looked at places in Tulsa, nothing felt right,” Candi said.

The Munaretto’s looked at another place in the downtown area before being introduced to their current location at 208 N. Main.

“I got a phone call about this building from a friend,” Candi said. “They said ‘it’s got great bones.’”

Candi fell in love with the place immediately.

“I knew when I first walked in this was the place,” she said. “Everything was here. It just needed to be fitted to what we were doing.”

The lease was signed in March 2019 but what lied ahead was a year-long project in order to have the space, previously used as a photography studio and salon, ready for the restaurant business. Candi said some of the focus was to open up the space while showcasing the location’s natural features, all while adding their personal touches along the way.

“We had to do a lot for the City to bring it up to code,” she said. “I felt like we took many steps back to go forward.”

Finally ready to open this past March, Little Venice was hit with another roadblock, the COVID-19 pandemic. Limited to takeout service only, the brand new restaurant was able to survive, thanks in large part to the following Walter had created since his time at the Summit Club.

“We had a lot of support from a lot of people,” Candi said.

On May 1, Little Venice was able to open its doors to the public after the statewide shutdown on indoor seating for bars and restaurants was lifted. Candi remembers Walter getting message as soon after word began to spread.

“They made the announcement on Wednesday (April 29) that things could open on Friday,” she recalled. “I remember hearing Walter’s phone buzzing and looking at the clock. It was 11:39 (p.m.). These were people who had his personal number and were texting him at night trying to make reservations … That’s when I knew we had to do this.”

Despite some ups-and-downs along the way, word of Little Venice is beginning to spread. The restaurant includes the Tavolo de la Familia and Giulia rooms, which allow for larger family or private gatherings.

Munaretto has passed his knowledge onto the staff. Raymundo Macias works in the front of the house while baker Luigi Sposato and Estefani Figueroa, in charge of salads, antipastos and other cold items, help prepare the freshly-made dishes.

“We feel like we have a family here with our staff,” Candi said. “And that’s how we want everyone to feel when they come in. Like a family.”

Little Venice is open from 11 a.m.-2 p.m. and 5-8 p.m. Tuesday through Saturday. Sunday brunch is expected to be offered soon. Walk-ins are welcome during the week. Reservations are preferred on the weekends and can be made by calling 918-514-0134.

“I knew when I first walked in this was the place,” she said. “Everything was here. It just needed to be fitted to what we were doing.” —Candi Munaretto, co-owner Little Venice Restaurant Eatalian Food and Wine

Menu features authentic Venetian recipes with freshly-made entrees. Walk-ins are welcome during the week but reservations are encouraged on the weekends. Reservations can be made by phone at 918-514-0134.

“I knew when I first walked in this was the place,” she said. “Everything was here. It just needed to be fitted to what we were doing.” - Candi Munaretto, co-owner Little Venice Restaurant Eatalian Food and Wine

Arrangements are entrusted to the care of Mobley-Groesbeck Funeral Service. A visitation is scheduled from 1-6 p.m. Sunday, Jan. 17 at the funeral home. A funeral service will be at 10 a.m. Monday, Jan. 18 at Broadway Baptist Church with Pastor Lee Herring officiating.

Sand Springs Public Schools announced its five finalists for the district’s 2020-21 Teacher of the Year award.

The latest COVID-19 update is available from the Oklahoma State Department of Health.

Get to know Rebecca Davis from Clyde Boyd Middle School, one of Sand Springs' 2020-21 Site Teachers of the Year.

Expectations for the new addition to the Sand Springs downtown triangle were somewhat high. Fortunately, a recent visit showed that said expectations were more than met.

Church That Matters has seen an explosion in need throughout the Sand Springs community over the past 10 months due to the pandemic.

Column: Sports kept my brother and I together even as our lives changed

A tribute to my brother. I'm going to miss you, John.