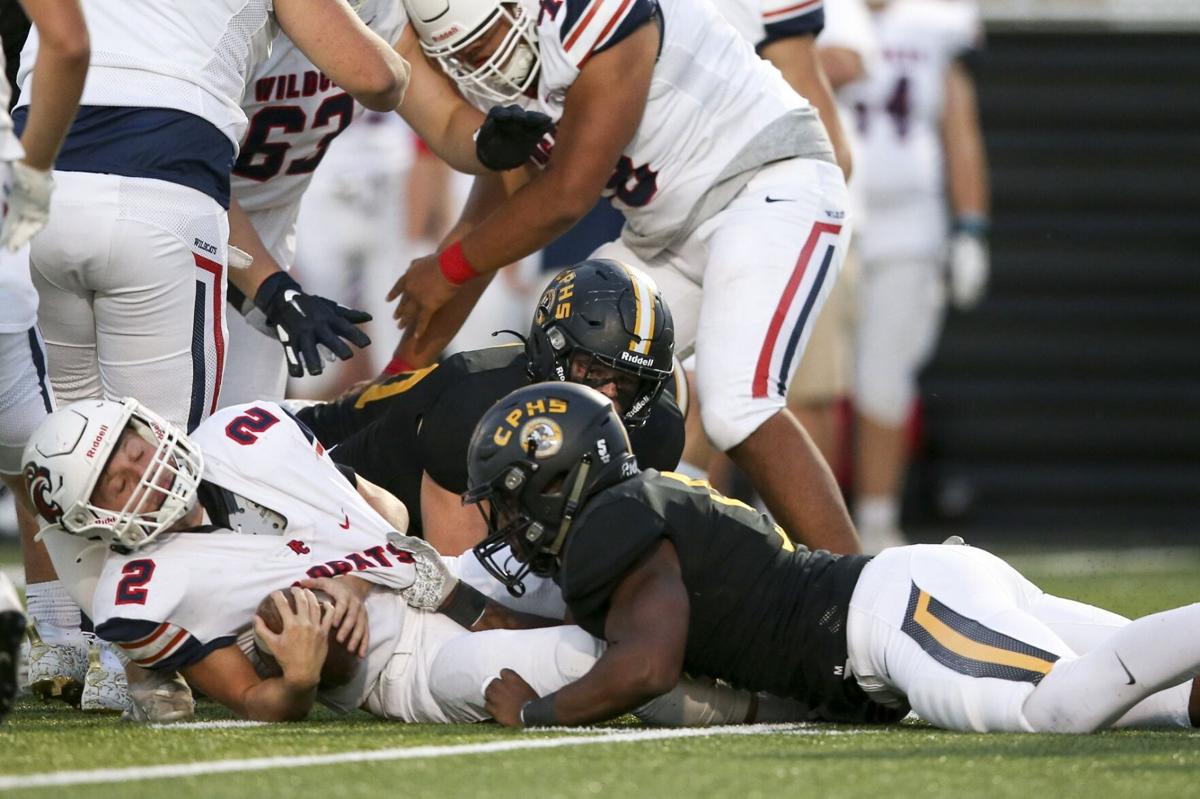 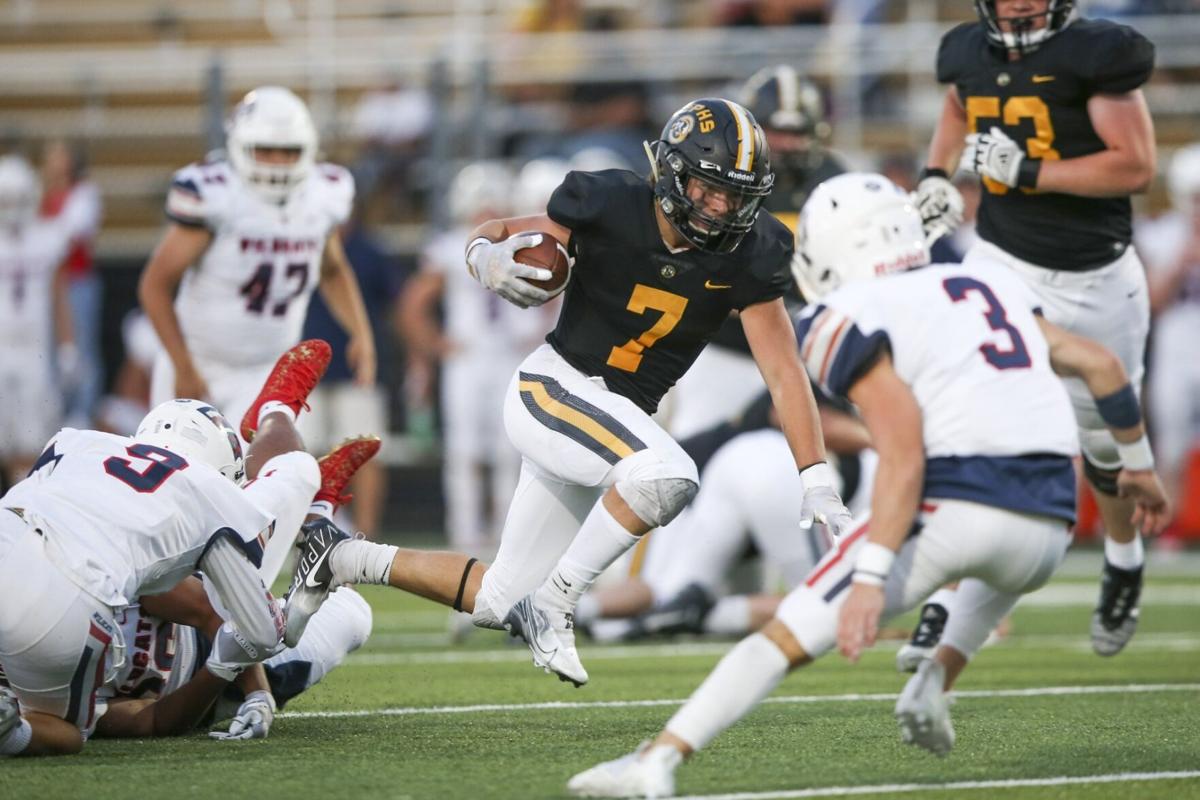 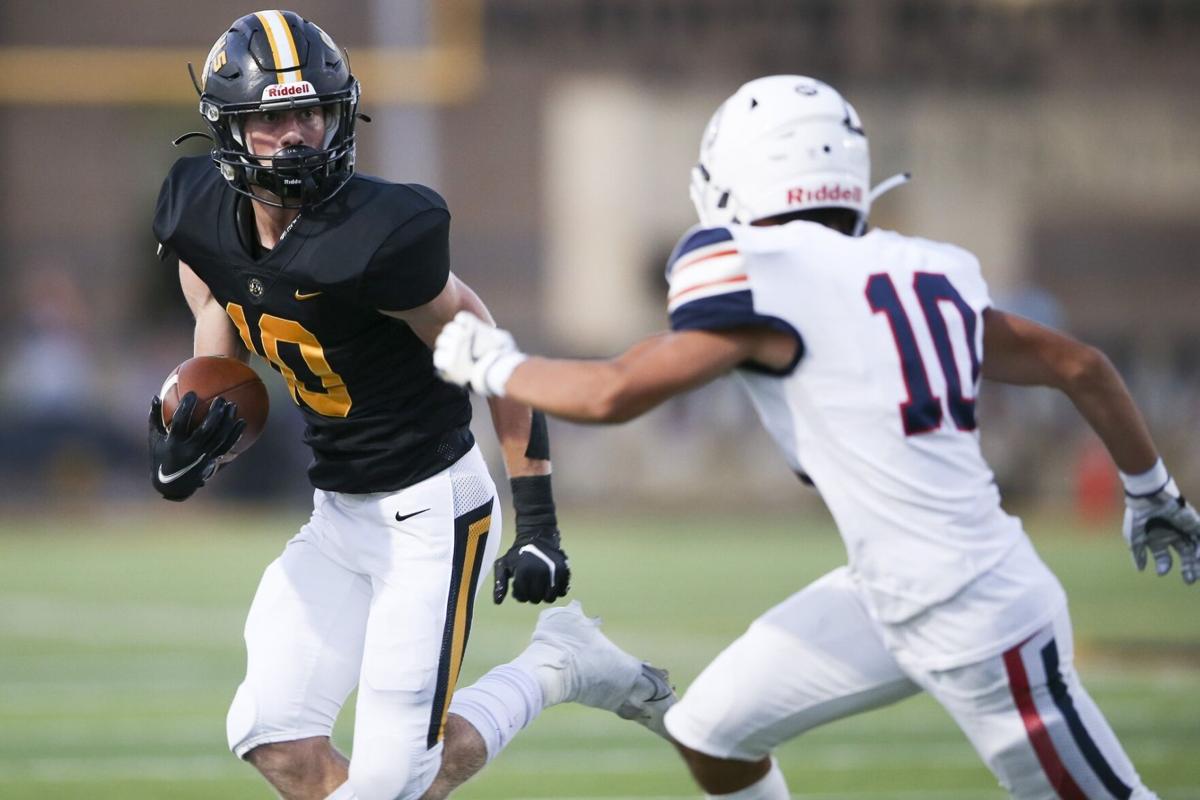 Sand Springs, after a 30-13 homecoming win over Ponca City, will go for its first 5-0 football start since 2012 when it visits Muskogee on Friday night.

Last Friday, on a night when the typically lethal Sandites offense struggled, the defense stepped up and made some big plays to lead a second-half comeback.

Down 13-10 late in the third quarter, junior linebacker Drake Fain saw the ball pop loose deep in Wildcat territory and scooped it up for a 20-yard touchdown return to take the lead in the Sandites’ 6AII-2 district opener.

The Sandites, ranked No. 5 in 6AII, came up with four takeaways and rattled off 20 unanswered points to overcome Ponca City (1-3) at Memorial Stadium.

“Dom (Ornelas) told me he hit it out,” Fain said. “I didn’t really see it. I was thinking, ‘We need a touchdown right now.’ It was great for the team.

“I couldn’t do it without my interior defensive linemen. We call ‘em ‘Shake and Bake’ like Ricky Bobby. I love them dudes.”

They struggled with finishing, however, and turned the ball over on downs four times.

But the defense was ready to make a statement.

“That was just kind of organic how that happened,” Sandites coach Bobby Klinck said. “We knew they were going to come out and kind of pound the ball and try to shorten the game. They had a great game plan.”

“Coach (Scott) Harmon’s been doing this a long time. He’s a great coach, and they caught us on a few things. Luckily we just had a few more playmakers help us out tonight.”

Ty Pennington was 16-of-30 passing for 197 yards and one touchdown on the night — a 64-yard catch-and-run by Jacob Blevins, who had 142 yards on nine catches.

In last year’s 45-14 win over Muskogee, Pennington passed for 256 yards and accounted for four TDs.

This District 6A-2 clash of the Norman North Timberwolves and Owasso Rams was played on Friday, Oct. 1 — giving Blankenship a shot to pad his …