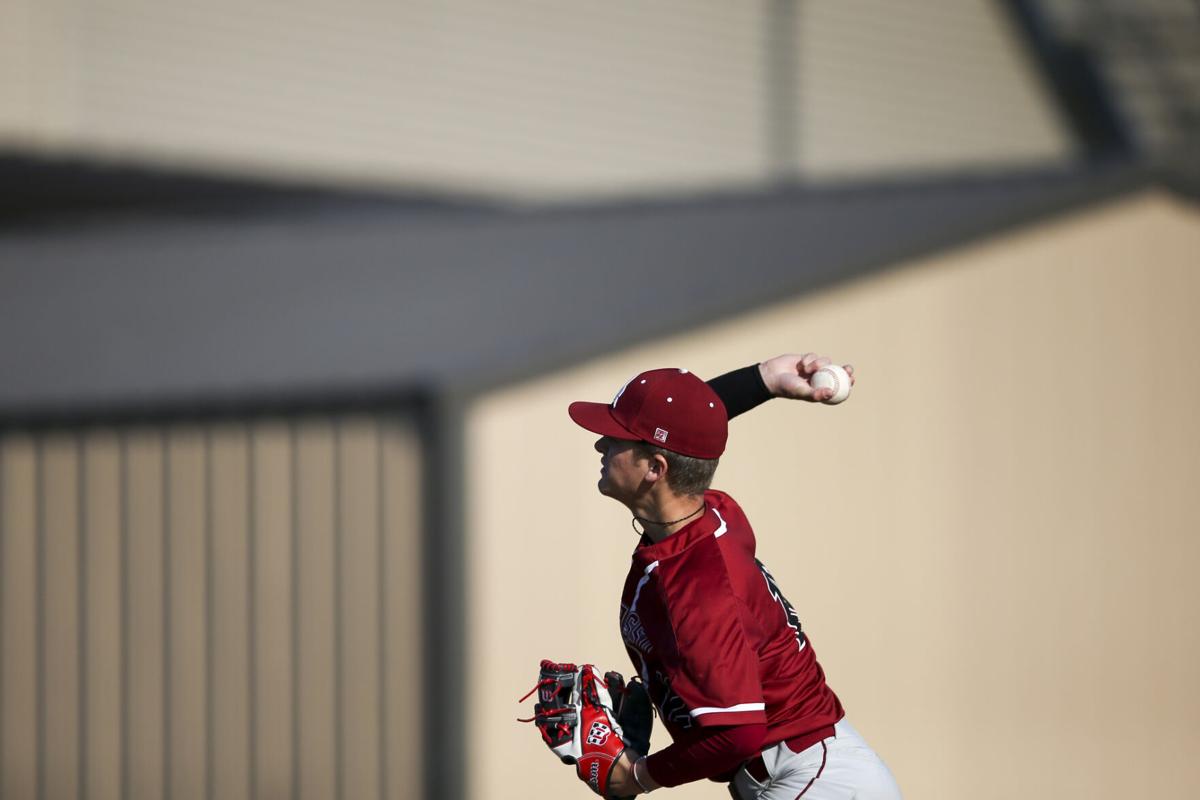 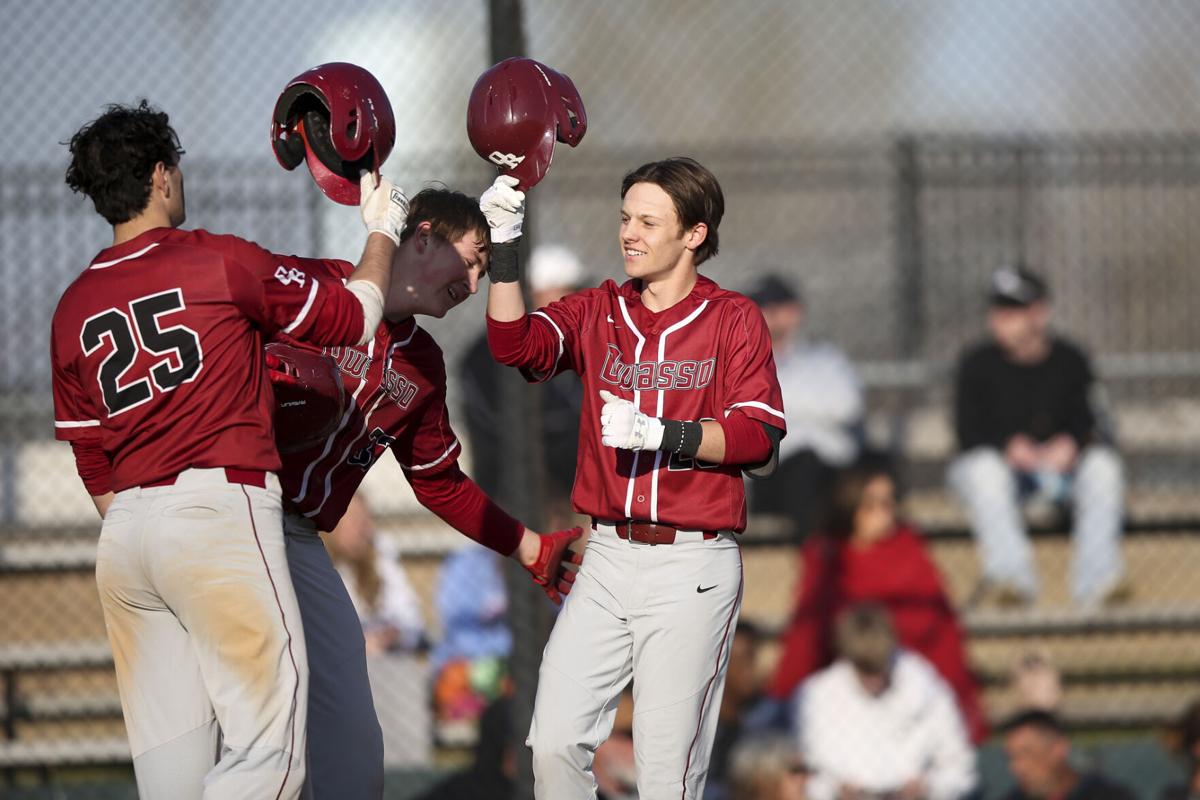 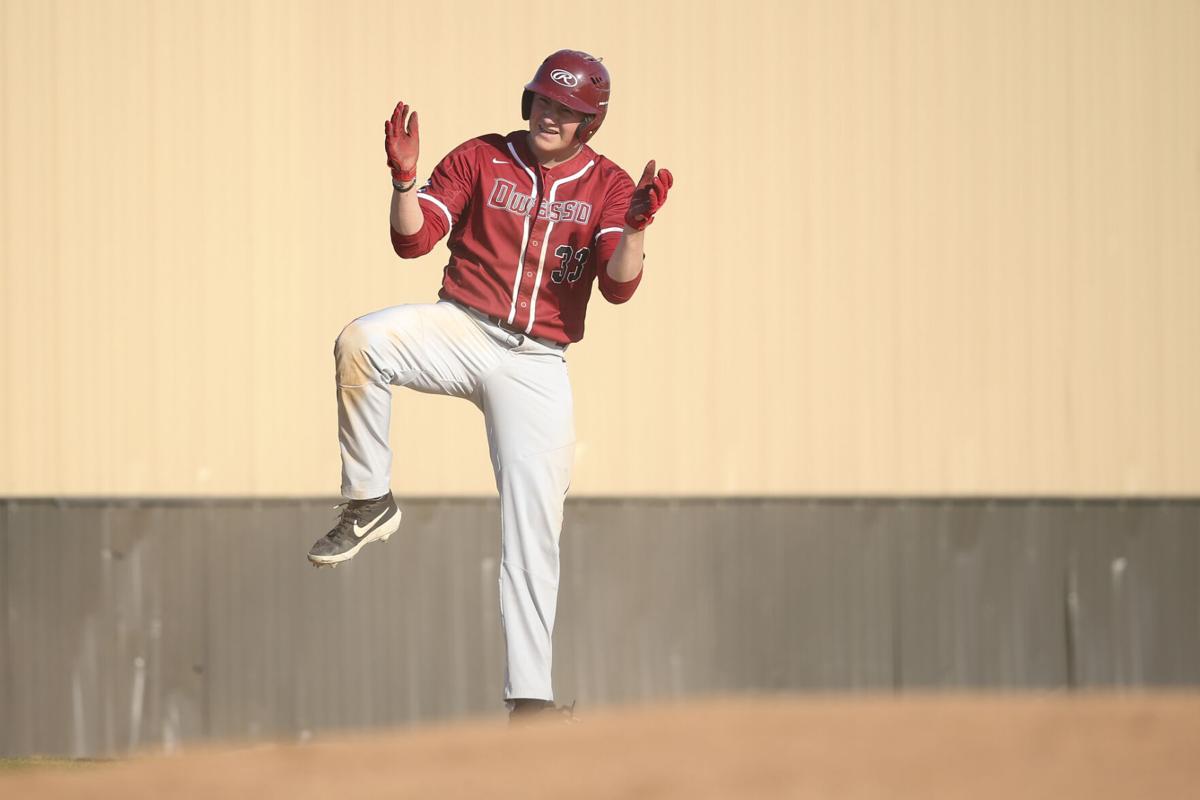 Owasso’s Braden Blundell celebrates after hitting a triple against Coweta on Thursday.

Owasso’s baseball team is back on track after winning all four of its games last week following a pair of losses to Union a week earlier.

An impressive week was highlighted Thursday when Bennett Flanary and Zach Burnes fueled Owasso past Coweta 8-0 in a five-inning, run-rule victory at Coweta.

Flanary allowed four hits and one walk while getting solid defense behind him in a complete game. He is 2-0 with a 2.63 ERA and 18 strikeouts in 13 innings this season. Burnes broke out of a recent slump with a key three-run homer.

Braden Blundell and Solo Skalnik also did some damage for the Rams. Blundell singled, tripled, walked, scored two runs, and drove in two more. Skalnik had two doubles, one run scored and one RBI.

“It was nice to get the win,” Owasso coach Larry Turner said. “We hit the ball hard, made the plays on defense, and Bennett got us a complete-game shutout.”

The Rams broke the ice with a pair of runs in the top of the second inning. One scored on an error and the other courtesy of Jackson Smith’s sacrifice fly.

Owasso tacked on three more in the third. Brody Green was hit by a pitch to start the frame and Skalnik followed with an RBI double into the left field corner. Mason Pennington then walked and after a fly out, Blundell tripled to center.

The Rams got their final runs in the fifth inning. Pennington led off with a double to center and Blundell walked with one out.

That set the stage for Burnes. He made good contact and the ball had just enough to clear the center-field fence.

“We know Zach is a good hitter and we have a lot of confidence in him,” Turner said. “He had been pressing a bit so we sat him a couple of games to let him refocus.”

The Tigers (13-6) got a one-out single from Kade Williams in the bottom of the fifth, but Flanary followed up with a ground out and fly out to finish off his gem.

Owasso also had a pair of shutouts from Brennan Phillips and Jackson Farrell against Booker T. Washington in District 6A-3 play earlier in the week.

Phillips had a no-hitter and recorded all but one out via the strikeout in another five-inning, run-rule win (12-0) March 29 at BTW.

The Hornets pushed the Rams to the full seven innings on March 30 at Stigall Field, but Farrell was nearly as dominant. He allowed just one hit and one walk, while striking out 10 as he went the distance in a 2-0 victory.

The Rams will host their Pro Nine Festival on Thursday through Saturday.

With Owasso athletics preparing for the upcoming school year that starts in August, it's time to take a look back at 2020-21.

Cardinals excited to be preparing for 2021 football season

Six months after losing in the Class 5A semifinals, Collinsville players and coaches are excited to be back practicing for the upcoming season.

Owasso’s Braden Blundell celebrates after hitting a triple against Coweta on Thursday.