Rejoice cheerleaders have had to plenty to cheer about during a 10-1 season. 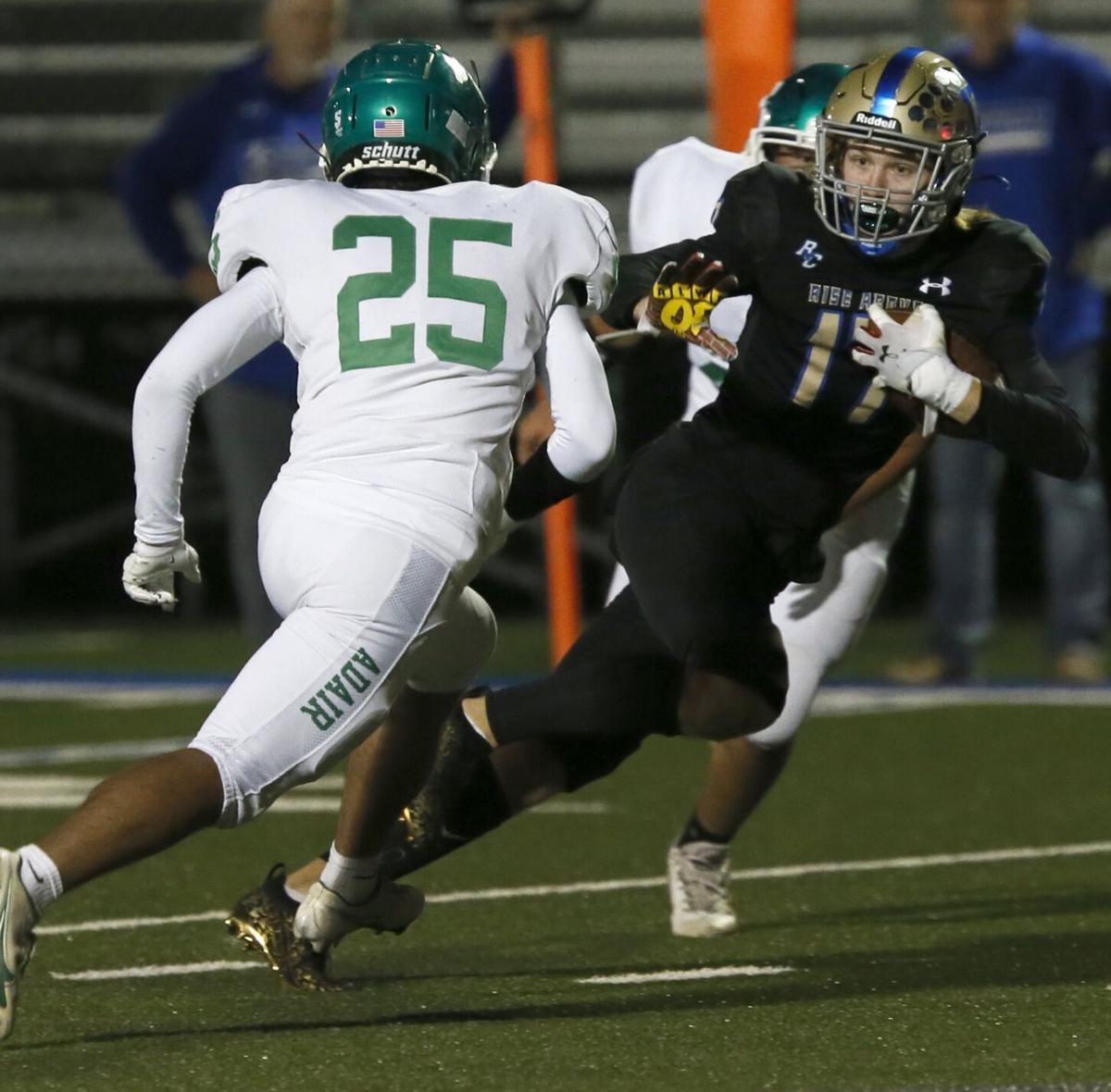 Rejoice’s Jay Miller had three TD catches in a playoff opener against Kiefer.

Rejoice Christian quarterback Chance Wilson accounted for 401 yards and six touchdowns to lead the eighth-ranked Eagles past Kiefer 61-30 in the Class 2A football playoffs’ opening round last Friday.

Wilson completed 20-of-24 passes for 290 yards and five TDs. He had seven carries for 111 yards and a touchdown.

Solomon Morton had six receptions for 143 yards, including a 60-yard TD that opened the scoring. He also picked off two passes.

Against Kiefer, quarterback Chance Wilson led the way again, this time with 290 yards and five touchdowns through the air to go along with seven rushes for 111 yards and a touchdown.

Kiefer (7-4) managed to go ahead 8-7 on Zack Watson’s 3-yard touchdown run and 2-point conversion, but then Rejoice Christian answered with the next four TDs.

Jay Miller hauled in a 12-yard touchdown pass from Wilson, and Drevin Reed added a 4-yard TD run to cap the first quarter.

In the second period, Miller caught TD passes of 4 and 19 yards from Wilson.

The second half featured a 14-yard TD run for Wilson, who also threw a 5-yard touchdown pass to Hunter Hensley.

The Eagles, who finished with 540 yards on offense, added Isaac Barnett’s 3-yard touchdown run in the fourth quarter.

Rejoice cheerleaders have had to plenty to cheer about during a 10-1 season.

Rejoice’s Jay Miller had three TD catches in a playoff opener against Kiefer.