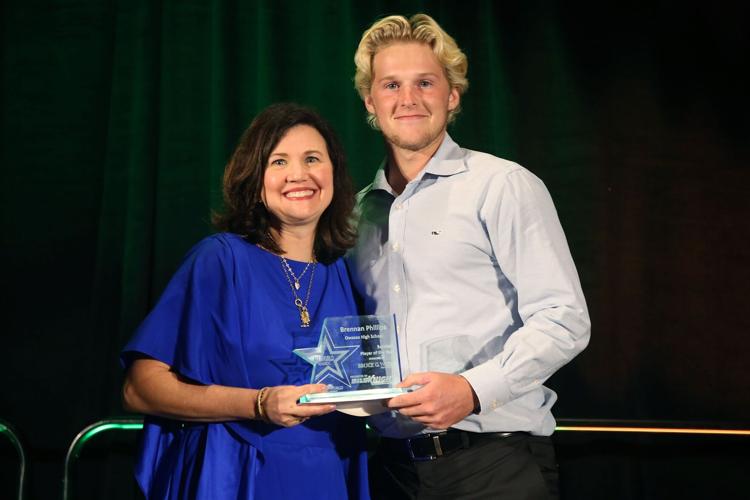 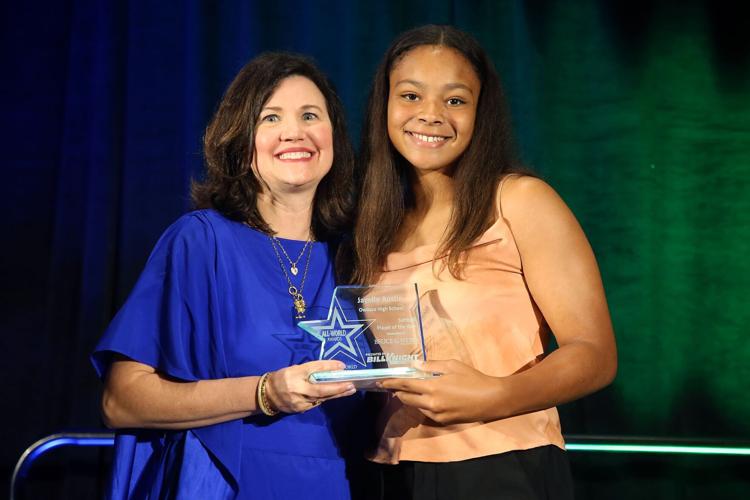 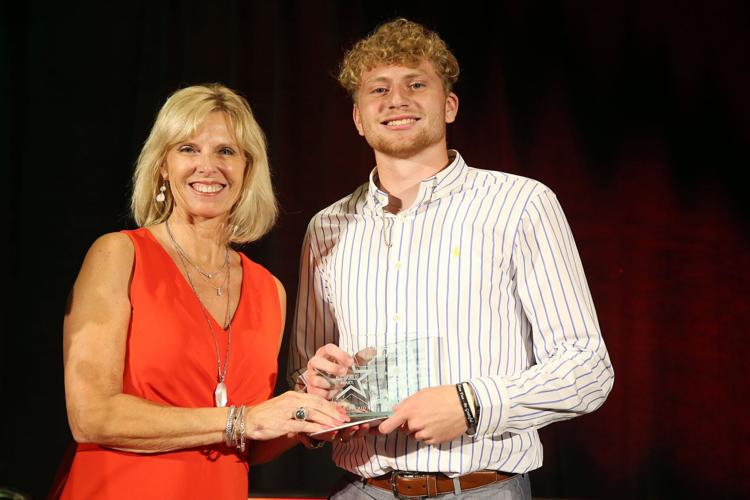 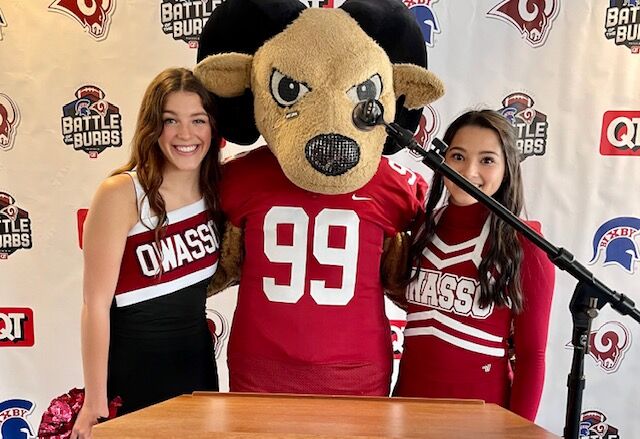 Rambo the Owasso mascot was honored Tuesday as the mascot of the year.

Students representing both Owasso Public Schools and Rejoice Christian Schools received top honors at the event, held at the Renaissance Hotel and Convention Center in Tulsa.

Phillips locked up a quarterfinal victory over Edmond memorial in the Class 6A quarterfinals, and the Rams would motor through the semifinals and the championship for the state title. Phillips, a lefty, finished the season with an 8-1 record on the mound with a 1.04 earned run average in 67 innings. He recorded 120 strikeouts and only issued 20 walks. At the plate, Phillips posted a .336 batting average with 33 runs scored, 44 runs batted in and 19 extra based hits, including seven home runs. Phillips has signed to play at Oklahoma State.

Burst onto the varsity scene with impressive offensive numbers while leading the Rams to a 32-6 mark and a runner-up finish at the Class 61 state tournament is Austin. She posted a .532 batting average, .991 slugging percentage and a .629 on-base percentage. In 109 at-bats, Austin totaled 58 hits, 51 runs scored, 36 RBIs, 16 doubles, eight triples and six home runs. She also showcased her speed on the basepaths and swiped 24 stolen bases. She finished as the District 6A-4 player of the year.

Wilson’s dominance didn’t stop on the football field or basketball court this season. He made his name well-known on the tack circuit as well. At the Pinnacle Conference meet, Wilson claimed gold in the 400-meter dash, edging out teammate Josh Hendricks. Wilson also was second in the 200 and helped the Eagles finish fourth in the 1,600-meter relay. It was much the same at the Bishop Kelley meet, where he was first in the 200 and 400, while the Eagles were fourth in the 1,600-meter relay. Then he capped his season with first-place performances in the 200 and 400 at the 2A state track meet, and he was the final leg in both the 800- and 1,600-meter relays, where the Eagles claimed gold.

Besides his track accomplishments, Wilson also was a football and basketball standout. In football, the current All-World Preseason No. 1-ranked QB accounted for 4,138 yards and 62 TDs in 2021, as he led Rejoice to an 11-2 record and the 2A quarterfinals. In basketball, Wilson averaged 10 points per game and was an outstanding defensive player.

“It means a lot to me,” Wilson said of being nominated for Grigsby’s award, prior to earning the honor. “It means that all the hard work I put in the past couple of years have really paid off. And I’m proud of myself and my coaches that pushed me to get to this point.”

Owasso’s Taryn Kelley was named a recipient in women’s basketball, along with three student-athletes from Collinsville, including Kolby Bauer in men’s soccer as well as Rylee DeLozier and Makayla Bowman in softball.

The Oklahoma Energy Football Club 07 ECNL Girls team out of Oklahoma City qualified for the playoffs in Redmond, Washington, with a season record of 14-5-3.

Rambo the Owasso mascot was honored Tuesday as the mascot of the year.