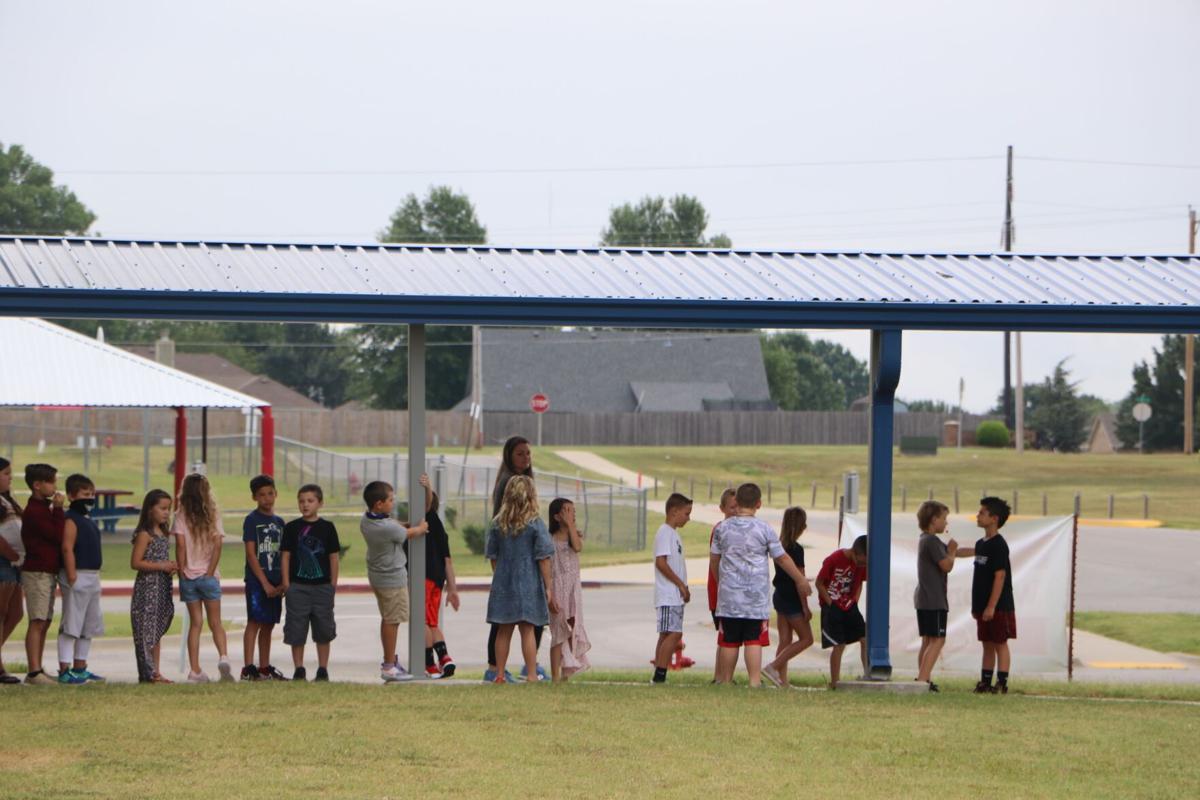 Several of Tulsa’s suburban school districts met or exceeded the state averages in multiple grades and subjectsin standardized testing during the spring 2021 semester. Here, Collinsville Public Schools students are welcomed back to school for the start of the fall semester on Aug. 19. 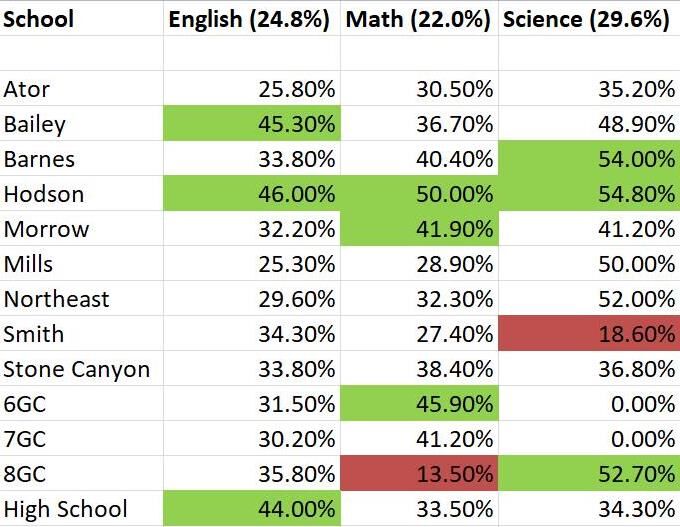 OSDE’s Standardized Testing Program measures whether each public school student has met or exceeded the state’s academic standards in reading, math and science across grade levels 3-8 and also in grade 11.

According to the test results released in early October, Owasso students districtwide met or exceeded the state average in every subject and grade.

“We have yet to significantly analyze numbers from around Tulsa County or the state. However, we were pleased to see students in Owasso exceed state averages,” Jordan Korphage, director of communications at OPS, told the Tulsa World in a separate story.

“That is not to say that we are satisfied. While no one test score defines a student, teacher or school district, it does provide us another data point that we can use to reflect on our practices and strategize in order to increase student achievement.”

Two individual campuses did fall short of the state’s proficiency threshold, including the 8GC in math and Smith Elementary in science. Both sixth and seventh grades reflected a null in science, given that the subject is not tested at those levels.

“It would be difficult to find an aspect of life that has not been altered in some way by the COVID-19 pandemic,” Korphage said in the separate story. “Schools are no exception, and it would not have been realistic to think that disruptions caused by the pandemic would not affect students.”

The statewide testing results also show that the majority of Collinsville school sites came in above average, with Collinsville Upper Elementary topping the list in math and science, and Wilson 6th Grade Center following suite in English.

Andrea Eger, Curtis Killman and Lenzy Krehbiel-Burton with the Tulsa World contributed to this report.

Owasso has recorded 7,718 coronavirus cases and 7,463 recoveries, along with 110 deaths. OPS has reported 37 cases out of 10,587 in-person individuals across the district.

Hosted in partnership with the Owasso Youth Alliance and Fellowship of Christian Athletes, Fields of Faith assembled youth of all ages on Wednesday to pray, worship and engage in fun activities.

Of 10 Tulsa-area municipalities, including Sand Springs, Owasso and Skiatook, infections increased in half of them just a week after cases fell across the board.

Brynlee Johnson with Owasso Pom answers some fun questions about her time on the Rams squad.

The Oklahoma Court of Criminal Appeals dismissed the appeal of Clarence Rozell Goode Jr., 45, finding that it did not qualify for relief under its interpretation of the U.S. Supreme Court’s McGirt ruling.

The Owasso and Collinsville region will see nearly $65 million in major road improvements take place along high-traffic corridors of U.S. 169 and U.S. 75 over the next eight years.

This year, OEF raised about $30,000 to be allocated through the Grants to Teachers program, which gives educators an opportunity to submit grant proposals for creative ideas they would like to use in the classroom.

Several of Tulsa’s suburban school districts met or exceeded the state averages in multiple grades and subjectsin standardized testing during the spring 2021 semester. Here, Collinsville Public Schools students are welcomed back to school for the start of the fall semester on Aug. 19.