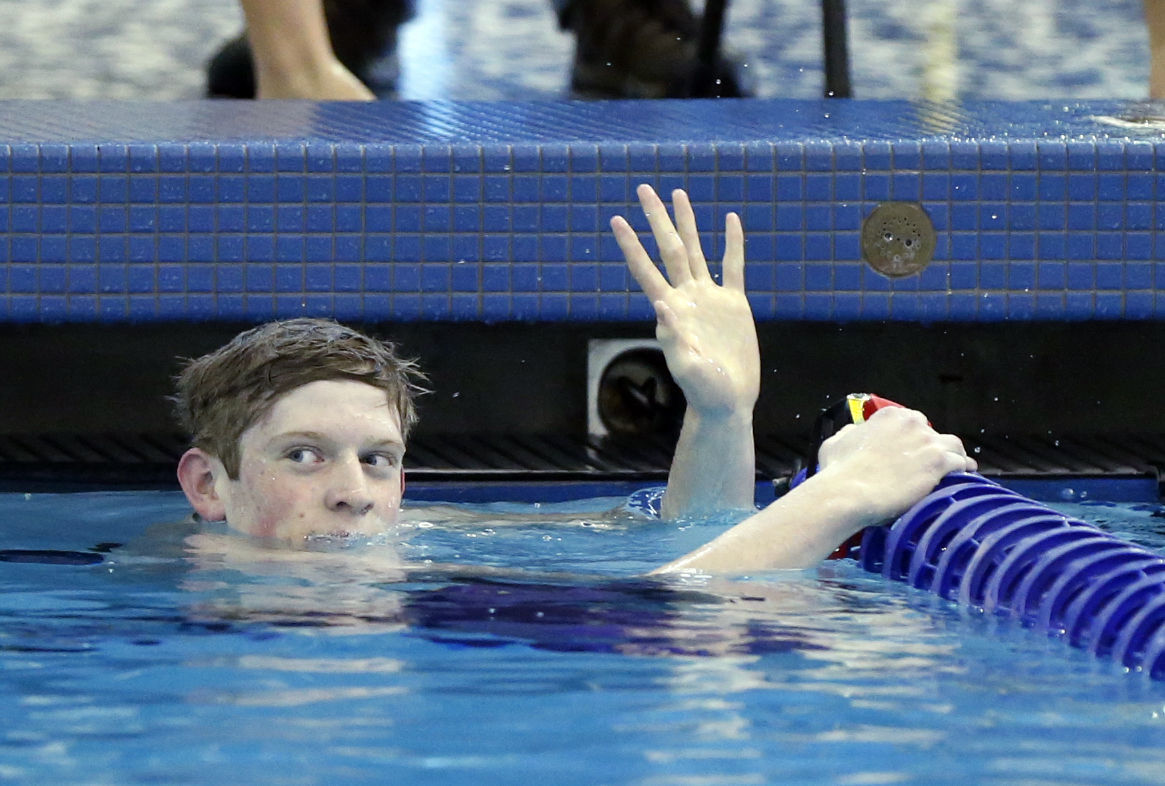 A three-time Tulsa World All-World Swimmer of the Year, Patrick Callan started his senior year at the University of Michigan after returning from the 2021 Tokyo Olympics. 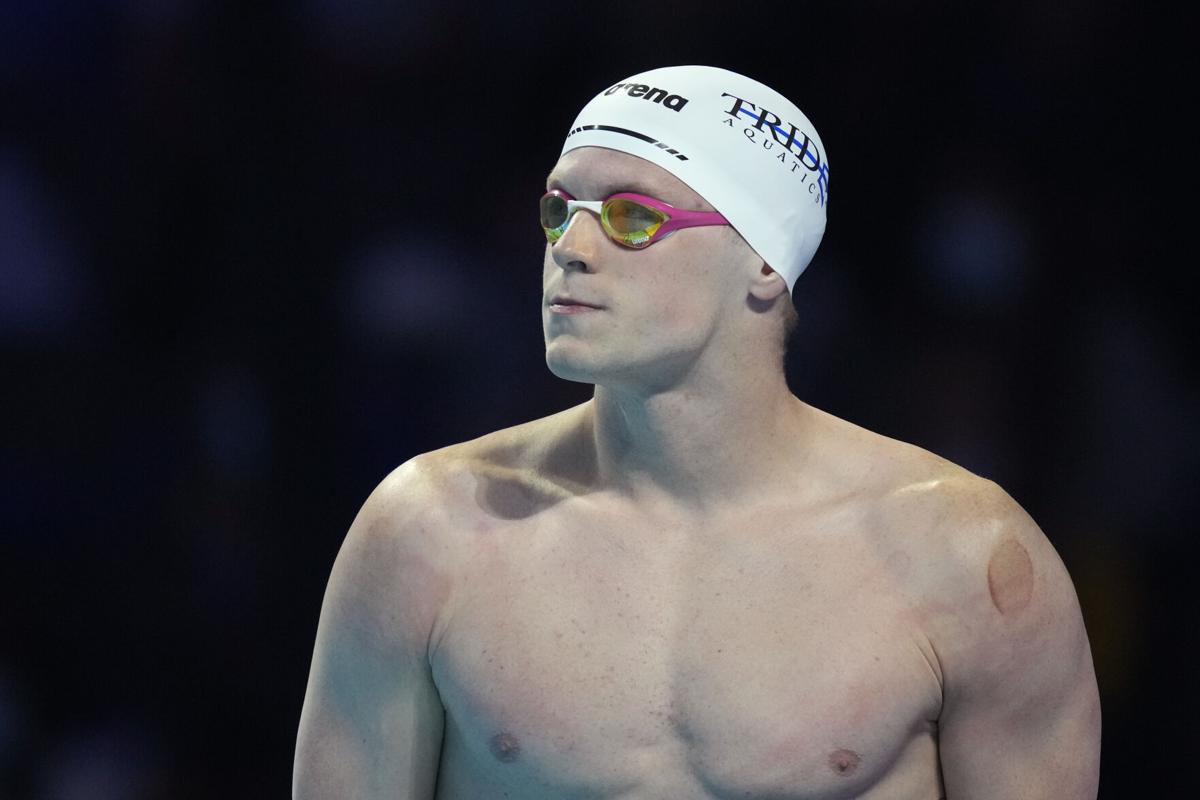 Patrick Callan gets ready to compete in a men’s 100-meter freestyle semifinal during the U.S. Olympic Swim Trials on June 14, 2021, in Omaha, Nebraska. 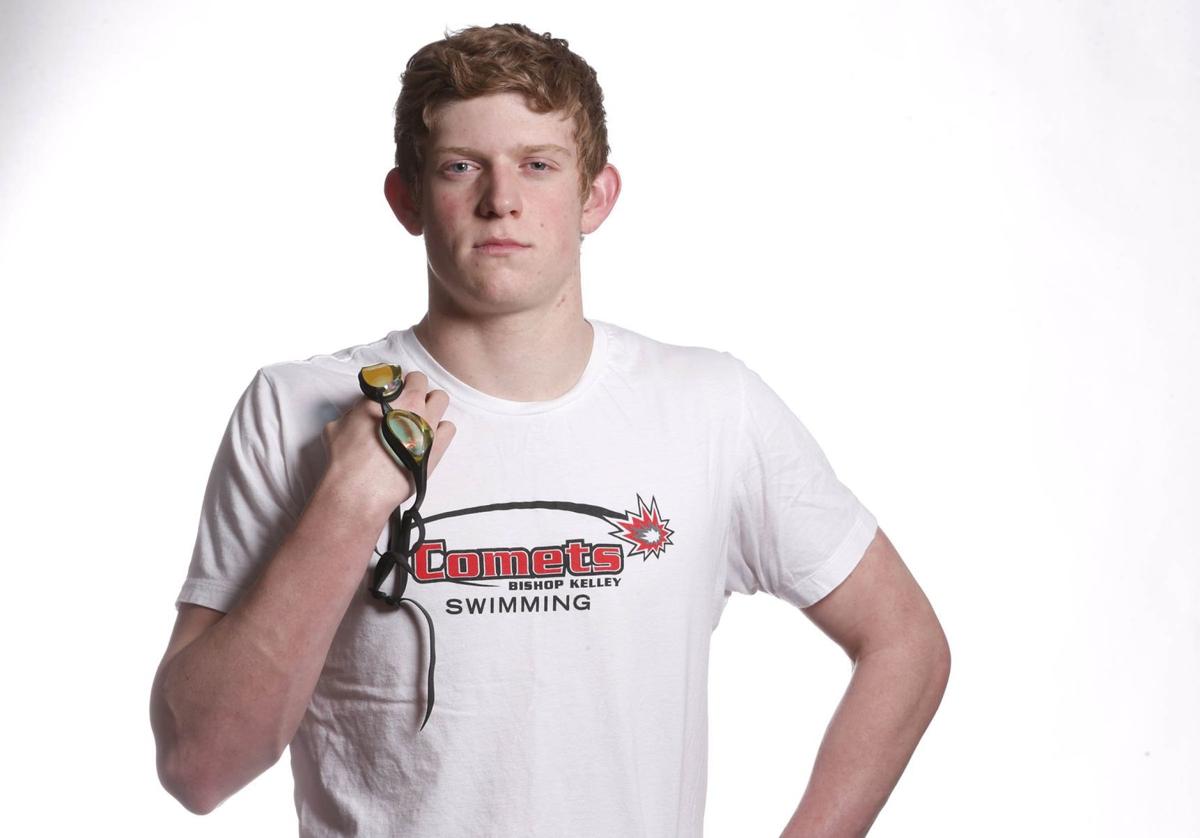 Patrick Callan is making waves in the community — literally.

The former Bishop Kelley High School and current University of Michigan swimmer graced the international spotlight at the 2021 Tokyo Olympics this summer, where he competed for a chance to bring home the gold.

“It’s just incredible, just everything I’d ever dreamed of,” said Callan, who faced the tide in the Tokyo Aquatics Centre alongside teammates Drew Kibler, Andrew Seliskar and Blake Pieroni.

The four American swimmers nabbed fourth at 7:05.62 during qualifying heats in the men’s 4x200 freestyle relay on July 27. Despite not medaling, however, Callan walked away with the same high spirits that he entered with.

“I really don’t care how I got on the team or whether I took home a medal or not,” Callan said. “I’m an Olympian for life.”

That mentality — which has helped pave the way for Callan’s longstanding success in, and out of, the water — took hold early on in his swimming career when he competed in his first meet at around 7 years old.

“Every single kid growing up as a swimmer, their biggest dream is to make the Olympic team,” said Callan, now 21.

Callan first took on the U.S. Olympic Trials five years ago when he competed in both the 200- and 400-meter freestyles, despite not making the team roster. Likewise, his second attempt at a national qualifier was postponed in conjunction with the year-long delay of the trials, initially scheduled for June 2020, due to the COVID-19 pandemic.

The Owasso native’s lengthy journey to fulfill his childhood dream finally came to a head in June 2021, when he placed sixth in the finals of the 200-meter men’s freestyle, earning him a coveted spot on the Olympic team.

Callan then packed his bags for training camp at Punahou School in Honolulu, Hawaii, where he rubbed shoulders with the likes of gold medalists Bowen Becker, Caeleb Dressel and Robert Finke before arriving in Japan’s populated capital about a week later.

Callan didn’t stop gleaning inspiration from his teammates after departing the shores of America’s westernmost state, however. His 12,000-mile roundtrip outing to Tokyo was charted with camaraderie and collaboration.

“Learning a lot from them as well … learning how to get better,” he said. “About two-thirds of the team I’ve never spoken to before, and it was really, really neat to get to know these people on a deeper level and actually have a personal connection with them.”

Callan clocked in a total time of 1:47 in the water during the men’s 4x200 freestyle relay. Ultimately, his month-long stint abroad — 16 days in Hawaii and 18 in Japan — was more than enough to meet his lifelong goal of competing under the Olympic limelight.

“Just having my coach and my dad and my teammates that had also made the Olympics trials there, that’s the people I wanted to be there, to see that happen. It was just the most special moment I could have asked for.”

Callan’s father, Sean, works at Trident Aquatic Club in Owasso, and also served as his son’s coach for several years leading up to his debut at the 2021 Tokyo Olympics.

“It’s been a dream come true seeing him earn his way to the highest level in our sport,” Sean said. “He’s made so many sacrifices, and always committed himself to reaching the Olympic level. No one becomes an Olympian alone, so it was so fitting that he earned his roster position on a relay, where he would compete for his teammates, and for his country.”

A three-time Tulsa World All-World Swimmer of the Year, Callan just finished his junior season with the University of Michigan Wolverines, winning the Big Ten Conference championship in the 800-yard freestyle relay, and making the All-Big Ten First Team for the second-straight season. At the 2021 NCAA Championships, he placed 13th in the 200-yard and 500-yard freestyles and tied for 42nd in the 100-yard freestyle.

When asked what he wants readers to take away from his experience at the Olympics, Callan replied, “Just a lesson you can take for anything in life, not even just sports, is just set loft goals; whether you think it’s possible or not, just go for it.”

Mason Young for the Tulsa World contributed to this story.

View from the Sidelines: Sand Springs at Bishop Kelley

On Friday night, Blake Jones had 20 carries for 224 yards and three touchdowns to help lead the Class 6AII No. 5 Sandites past 5A No. 7 Bishop…

A three-time Tulsa World All-World Swimmer of the Year, Patrick Callan started his senior year at the University of Michigan after returning from the 2021 Tokyo Olympics.

Patrick Callan gets ready to compete in a men’s 100-meter freestyle semifinal during the U.S. Olympic Swim Trials on June 14, 2021, in Omaha, Nebraska.