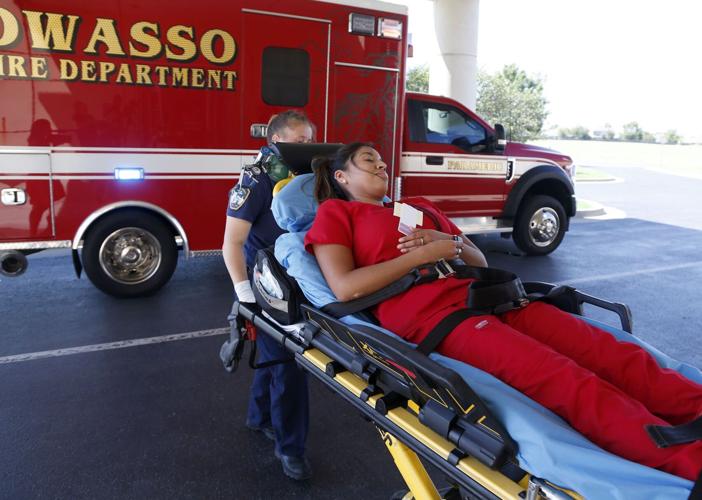 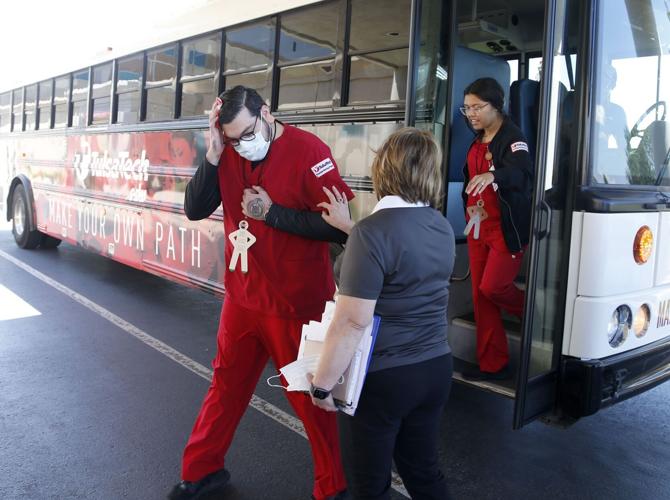 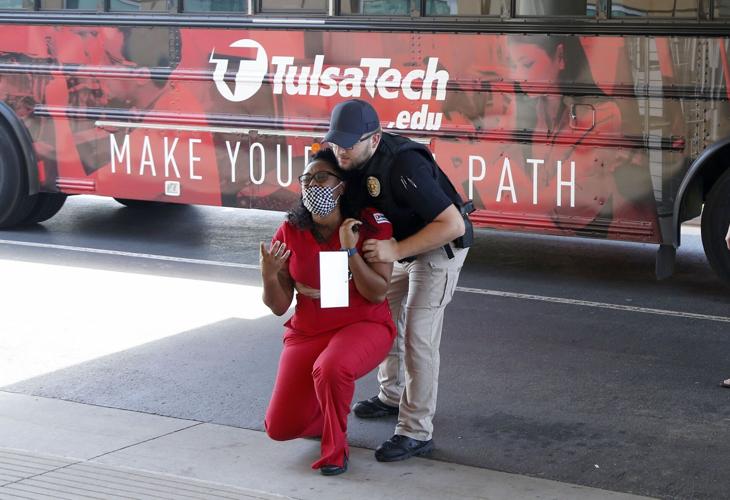 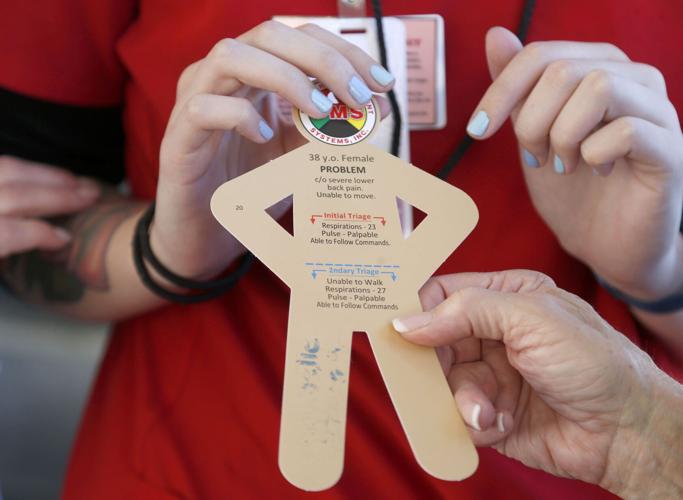 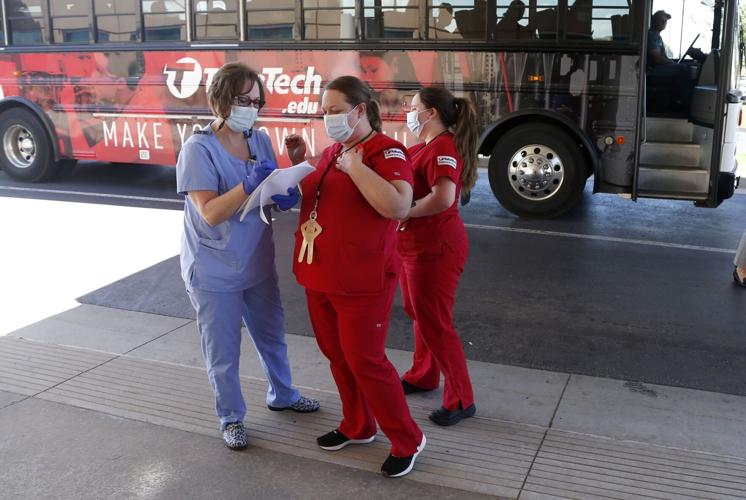 For Megan Blair, impersonating a gunshot victim in an active shooter simulation last week left her with a heightened sense of knowledge and awareness.

“I never experienced, thank God, anything like this in real life, but seeing that it’s more common nowadays, it was nice to be able to kind of see … how things should work in those situations.”

Gabriel Griffin, another simulated victim, added, “I got to see how chaotic it can be, especially on the hospital side. Trying to think through, ‘If I were in this situation as a nurse … how do I help to streamline this process,’ I think that experience will really help translate to practicing in the future.”

Blair and Griffin were bused to the hospital from the Tulsa Tech Owasso campus with others from their nursing class who assumed different roles — from victims and family members to nurses and first responders — during the two-hour controlled disaster drill. The exercise focused on patient and team member safety, communication, security and response, and involved hospital staff and security as well as Owasso police and fire crews with varying responsibilities.

“This is an opportunity for our students to learn, not only from a victim perspective, but also from a professional perspective,” Chandler said, “what that would look like in an actual disaster where we have a large amount of victims coming into the facility.”

That scenario struck an emotional chord with Kyeria Cabbagestalk, who imitated a distraught family member that demanded immediate information from hospital staff upon entering the emergency department.

Her authentic reaction to her family’s emergency was one of many that contributed to the success of Tuesday’s drill, according to Ascension St. John Owasso President Wyatt Hockmeyer.

“It really did mimic what a true community event would be like,” Hockmeyer said. “Watching the team go into action really takes away a lot of the concerns that you have … so it’s really comforting to see how they rise to the occasion when an emergency occurs.”

Ascension will apply the lessons learned in this week’s training toward future drills at all its Tulsa-area sites, including its $26 million, 40-bed inpatient rehabilitation hospital under construction nearly two miles south on 86th Street.

OPS steps up safety, security measures across district: ‘We are being as proactive as possible’

Sounding alarms, locking windows and doors and collaborating with emergency responders are a few of the best practices that Owasso Public Schools is carrying out across the district on the heels of mass shootings like Uvalde, Texas.

Crystal Hall, 18, was transported by Collinsville EMS to a Tulsa hospital, and admitted in critical condition with head and trunk internal injuries.

Owner Libby Walker opened her doors at the beginning of November, and transformed the former Supercuts location of more than 25 years into the renovated space that it is today.

The company’s newest site, located at 13001 E. 116th St., is centralized between Owasso and Collinsville, and expands its footprint outside its next closest branch in Claremore.

A total of 9,260 students were named to the fall 2022 honor roll, including dozens of students from Owasso and Collinsville.

Owasson Stephanie Holstead recently created a gathering place where individuals like her 24-year-old daughter, Payton, who has Down syndrome, can come together to interact, learn and grow.

Three candidates gearing up to vie for Owasso school board seat in Feb. 14 election

Newcomers Kristy Moon and Vincent Donaldson will contend for the Ward 3 seat against current chair-holder Neal Kessler, who has served the district since 2017 in the five-year term.

Oklahoma Music Hall of Famer Tommy Allsup, an Owasso native, died in 2017. His son, Austin Allsup, believes music is in his DNA and is carrying on in the family business.

About a dozen individuals showed up to New Life Church off of Garnett Road on Tuesday, Jan. 24, as part of the county-wide event across 14 locations.

Grant Edwards, of Owasso, was recently named to the dean’s list for the fall semester at the Atchison, Kansas-based school.