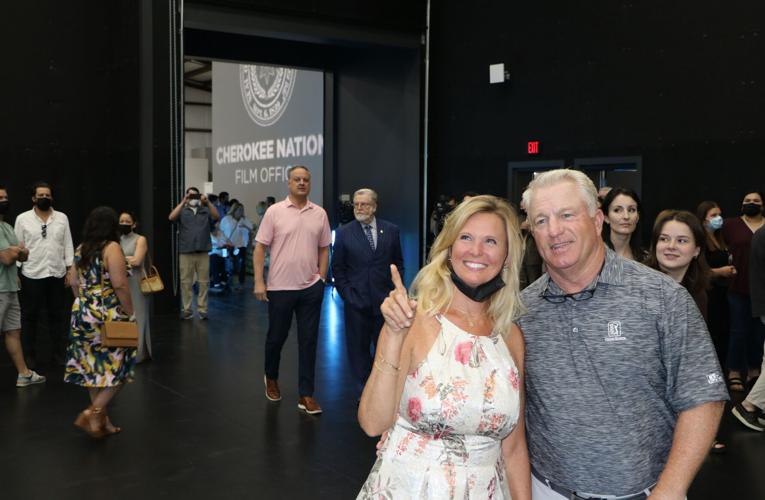 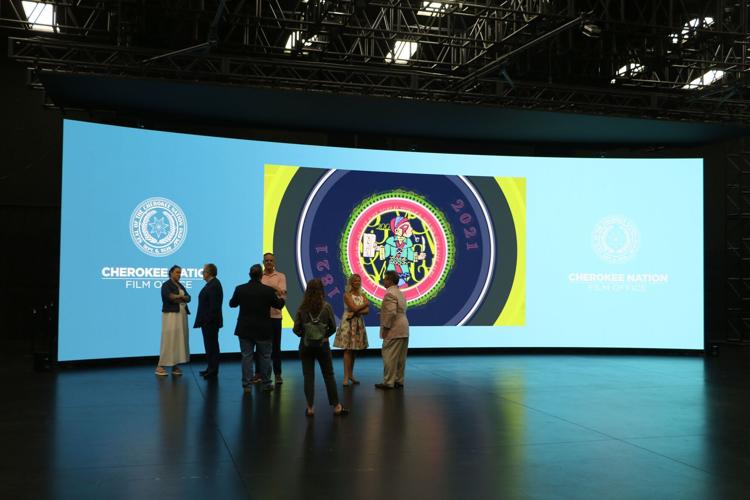 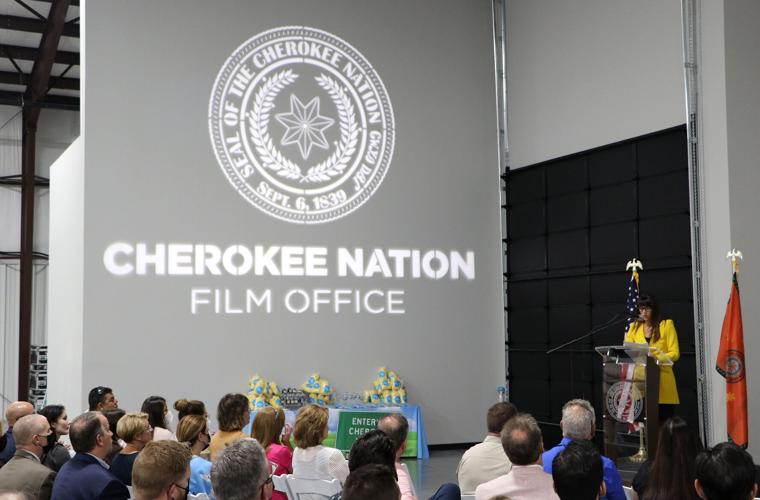 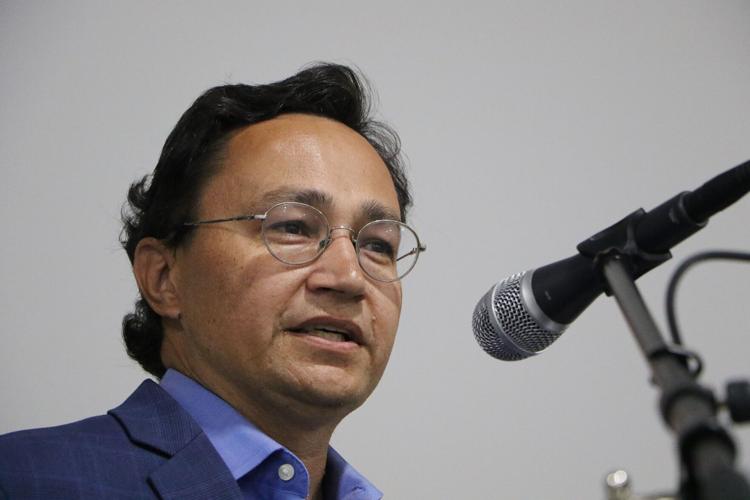 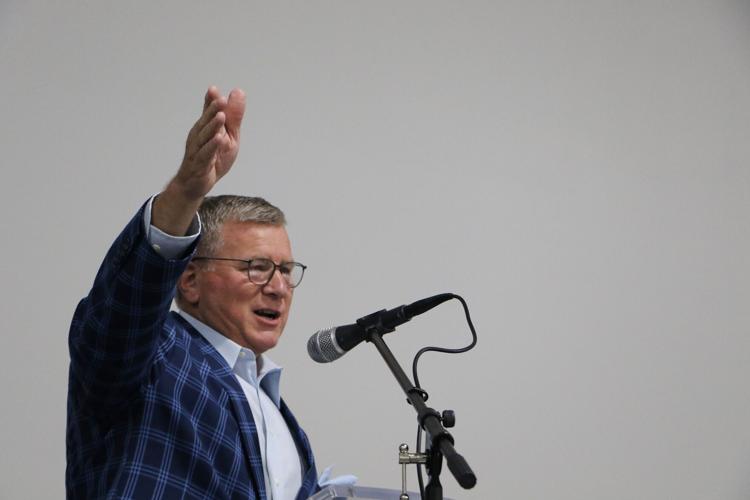 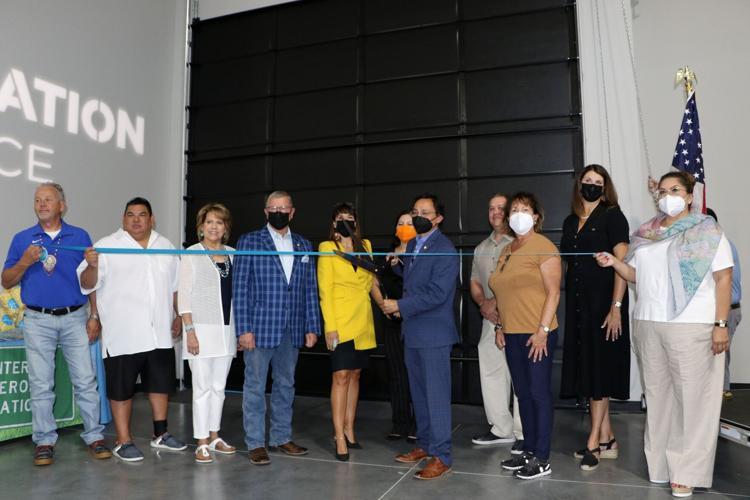 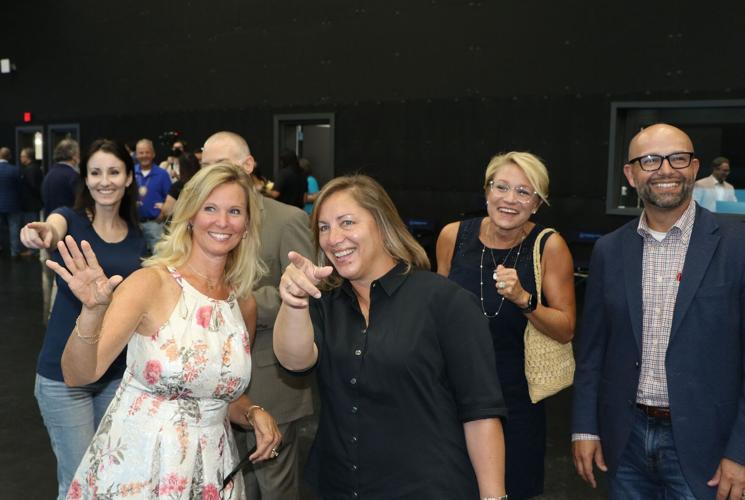 Owasso city and chamber officials observe the Cherokee Film Studios in Owasso during a dedication and ribbon-cutting ceremony on Friday, July 22.

The Cherokee Film Studios in Owasso is bringing the glitz and glamor of Hollywood to Oklahoma.

“It is a place where magic happens,” Cherokee Nation Councilor Keith Austin said about the new soundstage at its dedication and ribbon-cutting ceremony on Friday, July 22.

That magic allows local actors and producers to “be in Washington, D.C., in the 1700s or on the face of the moon,” Cherokee Nation Film Office Director Jennifer Loren said. “You can be in Owasso, but you can also be in Egypt or Antarctica.”

Their ventures into distant and fantastical worlds are made possible thanks to the tribe’s first facility of its kind in Oklahoma, fully equipped with a state-of-the-art extended reality studio crafted with industry-leading software and hardware technologies.

“Storytelling is so connected, so interwoven with Cherokee culture,” Hoskin Jr. said. “If there is a movie to be made … if there’s a TV show to be shot, let’s shoot it on the Cherokee Nation Reservation. I look forward to seeing what this facility can produce.”

One project recently filmed at the Owasso film studio, for example, was “Land of Gold,” directed by award-winning filmmaker Nardeep Khurmi, which debuted at the Tribeca Festival in New York City in June.

The movie follows truck driver and expectant father Kiran, played by Khurmi, as his already tumultuous life takes a drastic turn when he sets out to reunite a young girl named Elena, played by Caroline Valencia, with her family after he discovers the child stowed away in a shipping container.

“This story of hyphenated Americans could not have been made without the support of the Cherokee Nation, whose generosity allowed us to film our road trip sequences in comfort and in safety,” Khurmi said in a previous story. “I’m honored to have made my first film about what it is to be American with the collaboration of First Nations people.”

The Cherokee Nation already announced plans to double the size of its LED wall to measure 80 feet long and 17 feet high. The expansion will also add fixed and mobile set lighting options along with portable LED wall panels, allowing for reverse shot capabilities. The tribe will also double the size of its motion capture volume and offer 12 additional cameras for the metaverse.

“I am confident that this region of the country will be not just a place for moviemaking; it will be the center of moviemaking,” Hoskin Jr. said. “I think the sky is the limit.”

For more information about the Cherokee Nation Film Office, visit cherokee.film. Businesses located within Cherokee Nation’s Reservation can register to be hired by film and TV productions through CNFO’s support services directory.

The 12-minute, semi-autobiographical film depicts a day in the life of a college student struggling to fit in and find a sense of purpose.

Owasso city and chamber officials observe the Cherokee Film Studios in Owasso during a dedication and ribbon-cutting ceremony on Friday, July 22.