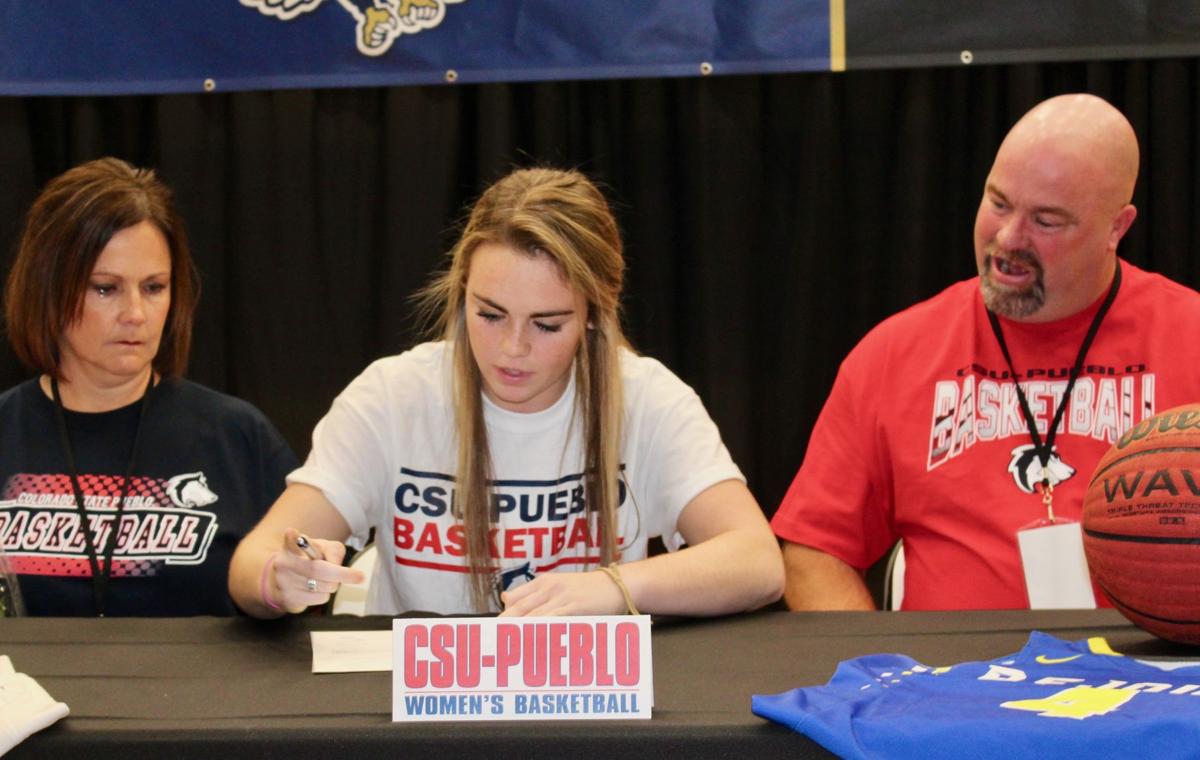 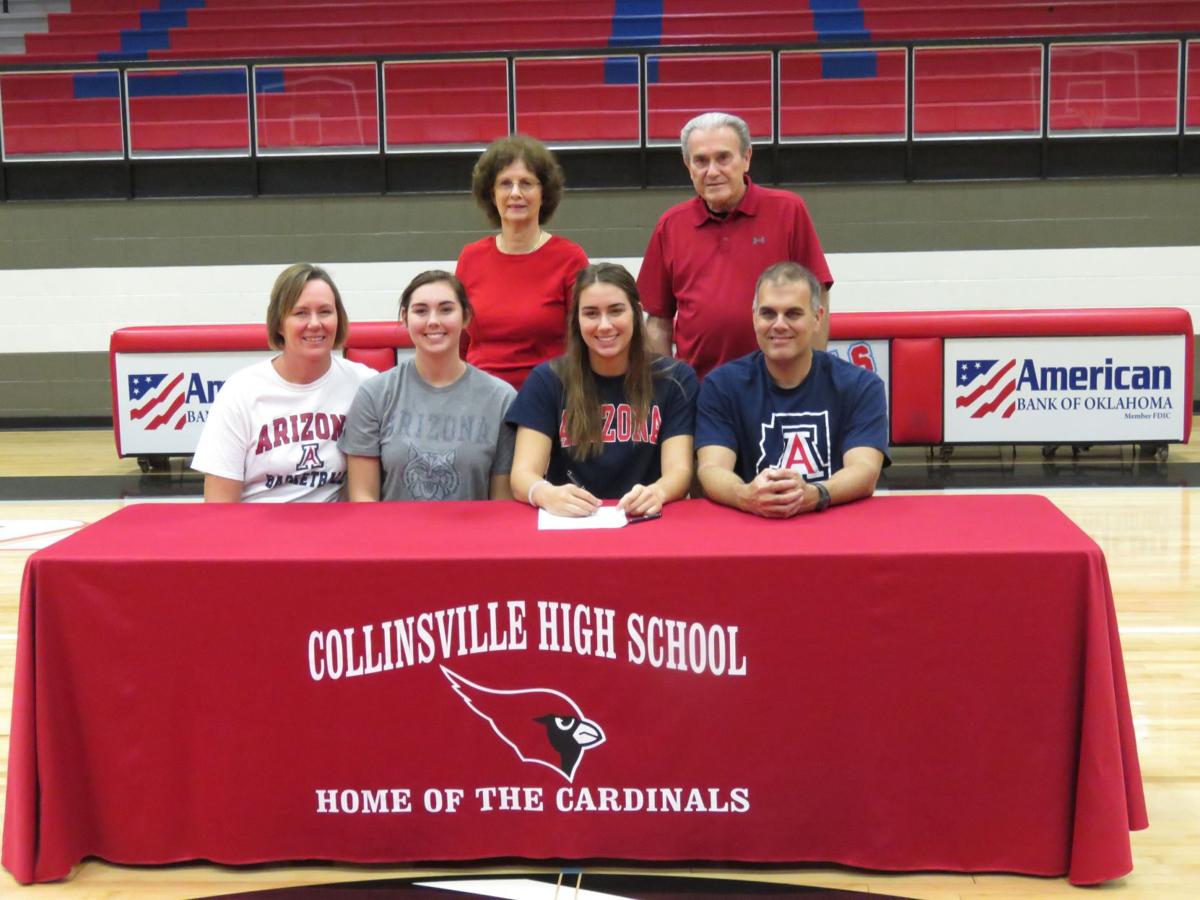 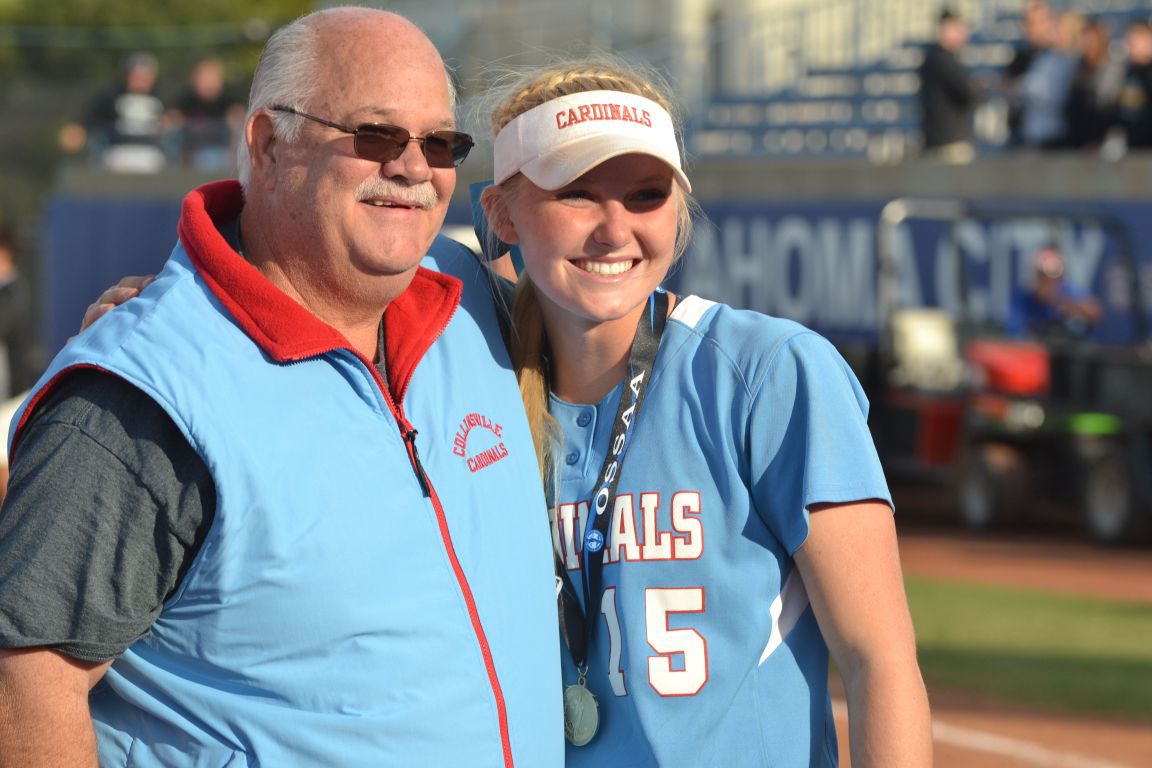 Dreams were realized this week across the local sports scene as the early signing period for high school athletes in all sports but football began Wednesday, Nov. 9.

Putting their signature on their national letters of intent, at least a dozen athletes from Owasso, Collinsville and Rejoice Christian high schools chose their college sports destination.

From golf and tennis to track and basketball, these athletes have a told a story with their performances in the last four years, and we have taken the time to share those stories with their communities. Visit OwassoReporter.com to get the full story for each of the athletes who signed this week and revisit in the coming days for other athletes who are yet to sign.

Heather Ward is in pursuit of an elusive target.

She is constantly seeking improvement, and as she tries to realize her dream of becoming a detective, the first place she is likely to find that improvement is in track and field.

Ward, who recently signed with Oral Roberts University, first cleared 9 1/2 feet in the pole vault as a freshman. By her junior year, she had improved to 11 feet. The next clue will be found in the course of her final high school season.

"I don't have a number I'm aiming for, I just want to jump as high as I can," she said.

As the all-time home run leader in Collinsville softball's recorded history Rylee Delozier will leave a legacy behind her.

The third baseman who's father coached her and her teammates from an early age has been a reliable batter and a steady teammate in her high school years.

As a senior, Delozier filled an important spot in Collinsville's lineup and batted for a high average.

"I'm just glad she got a scholarship and gets a chance to go play something she loves," Keith Delozier said.

Much has been made of Allie Eicher's ability to make a tough play at shortstop look easy, but few have been around to see how she got that ability.

Her father, Owasso head coach Shane Eicher, has been there all along.

"It was a challenge, but I feel like in the long run, it was worth it," Allie Eicher said. "He pushed me to my limits and I'm grateful and love him for that."

Owasso's pitchers didn't leave much for Daelyn Denny to do in centerfield.

As a result, her plays there have been memorable, and her bat has been a valuable instrument for the Lady Rams.

Denny had the 11th-inning walkoff hit against Broken Arrow's on Tuesday, Sept. 20 to seal Owasso's district championship. With one out and two runners on, Denney sneaked a ground ball past the third baseman to score Devin Hale from third and clinch the District 6A-4 championship for the Lady Rams with an 8-7 victory.

The 2015-26 girls basketball season at Collinsville had a rough ending - in the area tournament, to Skiatook. Thankfully for Collinsville, Mallory Vaughn has decided that can't be the end of the story.

"I think it had to end like that for me to be playing at the level I'm at right now," Vaughn said. "I think it had to - just to learn some lessons. I'm not ashamed it happened, but it's been a long offseason and a long summer."

Vaughn secured the interest of half a dozen major college basketball programs as a 6-foot-5 power forward and made her commitment to Arizona in the summer.

With that decision out of the way, she has turned her attention back to her mission in the 918.

"I've thought a lot more about this season than I ever have, especially because it's my senior year," she said.

There were a lot of tears shed on Collinsville's softball senior night, and some of them were Ashton Friend's.

After transferring from Coweta two years ago, Friend became an instant member of a softball family that had been together from its first days on the diamond. She hit the go-ahead home run in the 2015 title victory and was one of two remarkably dominant pitchers for the Lady Cardinals.

After signing her letter of intent on Thursday, Friend is preparing to join another softball family. Jenny Hoyt, head coach at Cowley County Community College, said Friend is just what the team needs.

"In the past couple of years, we haven't had a pitcher that had power and could spin it," Hoyt said. "So, when I saw her, she reminds us back to when we had that powerful pitcher up there."

As the first student from Collinsville High School to sign with a collegiate tennis program, William Reynolds has a right to see himself as a special athlete.

He does, instead, see himself as a veterinarian in training.

Reynolds traveled to Findlay in Ohio over the summer to attend a veterinarian camp. He created an internship for himself a year ago by drafting the expertise of Mark Alexander to teach him about large-animal veterinarian care. And he has already found tennis teammates at Findlay who will share his same major.

As the fourth-place finisher in the state tournament last spring, Reynolds will have one more shot at a state title.

It was another moment for the history books in the short history of Rejoice Christian's new athletic and academic grounds at E. 106th Street N.

Kaylee Stevens' signing with Colorado State Pueblo, in the gym where she will soon begin her senior season, was a mark of success for a program that is growing more and more competitive.

Stevens, who will play point guard one more time for Raina Foote's Lady Eagles, said she expects to see the Rejoice Christian community rally around the basketball teams in their new arena.

"Last year, I feel like we were an eye-opening team," Stevens said. "I think that brought in more of our home fans, and hopefully more people will want to watch this year."

Sydnie McClelland was credited with being one of the most even-keeled players on Mike Henry's softball teams. As a fist baseman, as a batter in any scenario, McClelland performed well in emergency situations.

Perhaps that's why the Mac Attack is already training to become an EMT.

"A lot of my family are firefighters," McClelland said. "My dad Jason Rogers and my uncle, and I want to go into firefighting."

McClelland will study biology at Neosho County Community College, where she signed Friday to play outfield and catcher on the softball team.

Gail Young announced in early July she had selected Northeastern State University as her college softball team of choice.

“I made that decision about two weeks ago, and it was the best decision of my life,” she said in a summertime interview.

Young grabbed the attention of NSU recruiting coordinator Ryan Rains with her performance early in the 2015 season. Rains also saw Young’s performance in the state final and became intimately with the Lady Cardinal's abilities as she dueled his daughter — Pryor pitcher Olivia Rains.

After surrendering a run to Pryor in the third inning of the 2015 state title game, Young hung on and delivered nine innings of scoreless softball. She allowed only nine baserunners all game and let her defense do the rest en route to the extra-innings win.

Owasso was in this place after one round of the state championship this spring at Karsten Creek, and Jacob Stoller was just a few shots off Austin Enzbrenner's pace.

The boys, one year after a remarkable state title victory, nearly pulled off another upset as they finished within four strokes of Edmond North. Owasso won a one-hole playoff with Edmond Memorial for second place, and Stoller did is part, carding 80-81-78-239 in his three rounds.

His scoring was just outside the top-10, and his reward for all the hard work has been the interest of Southwestern Oklahoma State University. The Bulldogs recorded three runner-up finishes in the four-tournament schedule a year ago, and Stoller will join a roster with five Oklahomans and four international players.

Owasson Tom Mortimer has competed on NBC’s “American Ninja Warrior” four times, dedicating his runs to his son, Landon, who has epilepsy. His latest appearance in June, however, was backed by the support of a familiar face among the Hollywood elite, Greg Grunberg.

Meet Dr. Justin Hedlund with The Joint Chiropractic in Owasso, who answers some fun questions about his life and career.