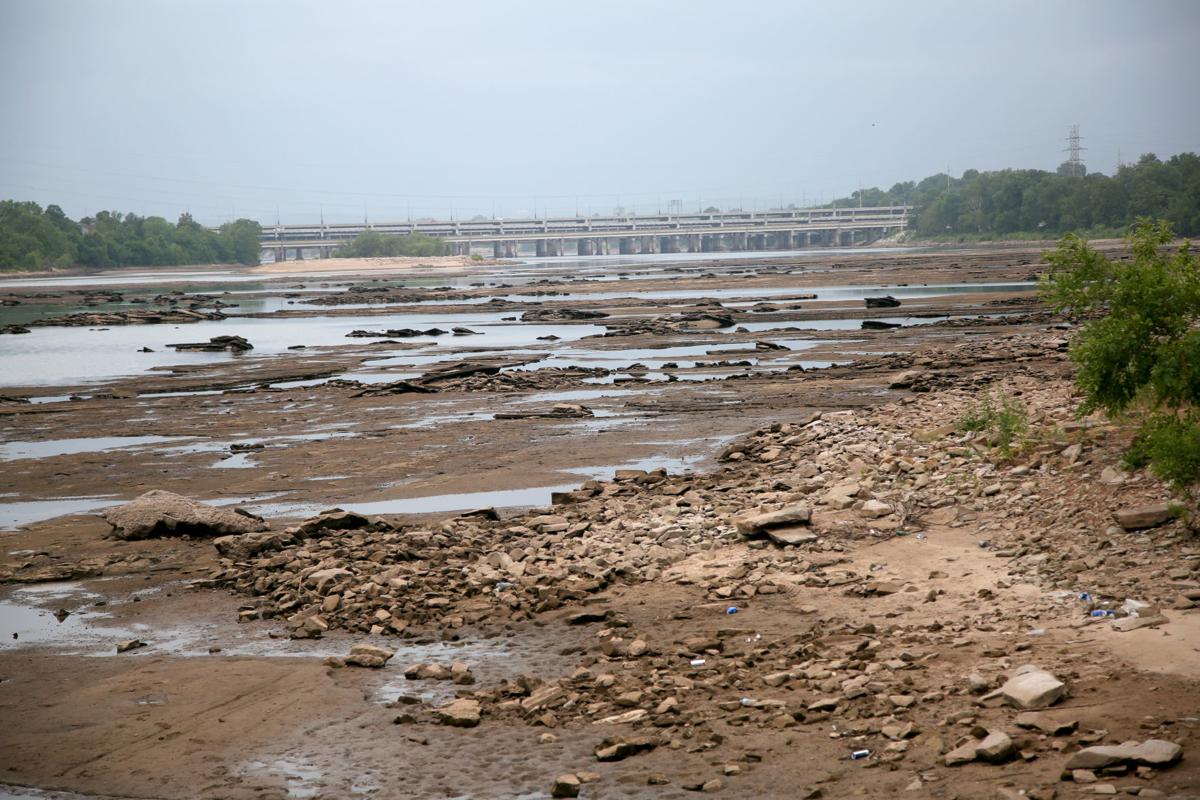 The Arkansas River near 21st Street in Tulsa shows a low level of water flowing through its channel on Thursday. JOHN CLANTON/Tulsa World 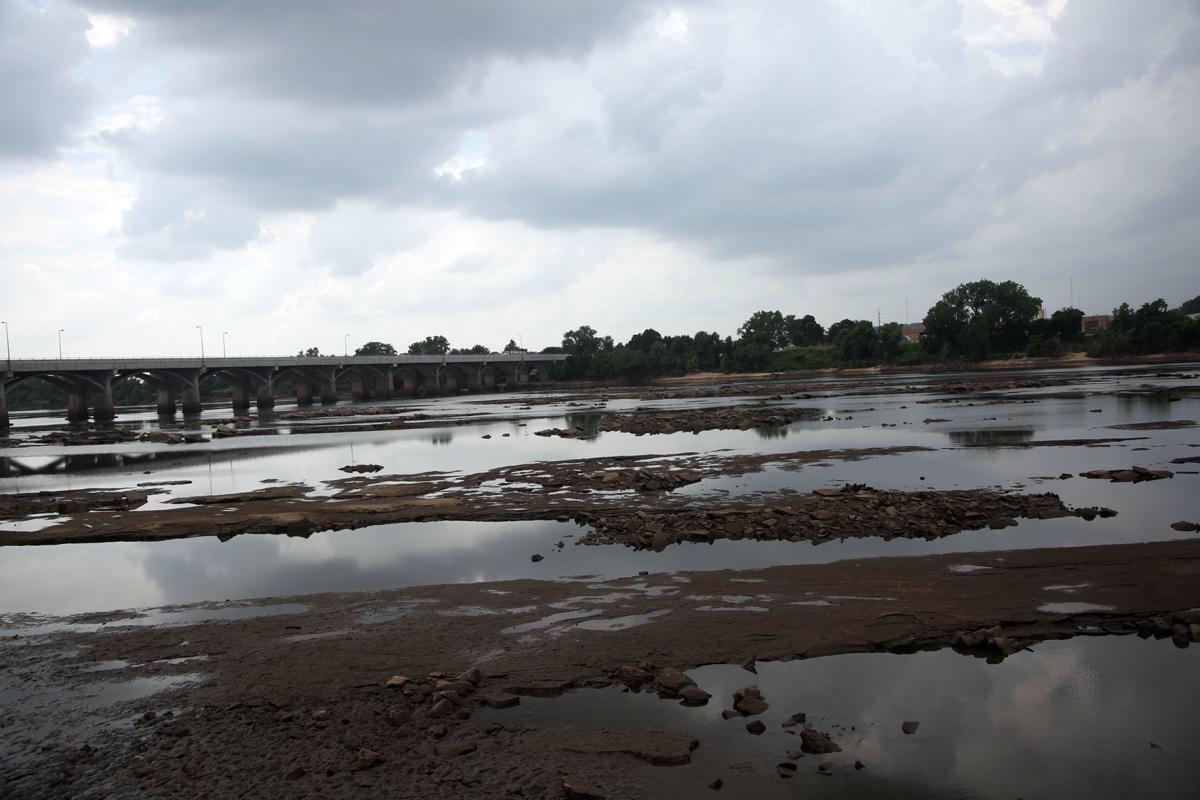 The Arkansas River near 21st Street shows signs of drought on Thursday.

The Arkansas River near 21st Street in Tulsa shows a low level of water flowing through its channel on Thursday. JOHN CLANTON/Tulsa World

The Arkansas River near 21st Street shows signs of drought on Thursday.

Correction: This story has been updated to indicate the correct flow released from Keystone Dam for water quality.

What used to be a normal summer flow for the Arkansas River could prove fatal for fish after months and years of higher water, according to a state fisheries biologist.

Time will tell how the fish manage to survive a forecasted dry spell the river has not seen in months, but a return to a drought-period flow could be tough on some species, according to Josh Johnston, northeast region fisheries supervisor for the Oklahoma Department of Wildlife Conservation.

Early last week, Keystone Dam flows were at levels not seen since early June 2018, when 100-degree temperatures combined with no flow from Keystone and water blocked at Zink Dam to leave thousands of fish high and dry in warm pools of oxygen-starved water in Tulsa.

Re-arranged “biomass,” essentially meaning numbers of fish and available habitat, is what leaves a question mark and is what led to that problem in 2018, Johnston said.

“It’s hard to say at this point what will happen,” he said. “I think if we look back prior to 2015, when we started getting massive amounts of rain and the river had almost around-the-clock water the majority of the time, the distribution of fish was different. I’m not saying we didn’t have paddlefish below Zink dam back then, but nowhere near the numbers that have been there since.”

Keystone Dam is used to generate electricity for a period of time most days and the flow is about 5,600 to 6,000 cubic feet per second, said David Williams, chief of the U.S. Corps of Engineers Tulsa District’s Hydrology and Hydraulics Engineering Section.

One of the dam’s generators remains down for repairs so a 12,000 cfs generation typical in times past can’t happen, he said.

When not generating, one sluice gate is opened about 3 inches to allow about a 65 cfs flow for downstream water quality, he said.

“If we do get into a prolonged dry period you’ll see the periodic flows for hydropower followed by periods of very minimal flows,” he said.

Johnston said fish are at risk when water flow is minimal for long periods and the heat rises.

“If we have a long-term drought we could see some fish kills, I would say,” he said.

In drought years prior to 2015, there were times when the Keystone Dam gauge reported 50 cfs or zero flow, he said.

“When you get down to 65 cfs for a long period of time it’s not good,” he said. “It’s not typical of what the river would do without dams in place. Don’t get me wrong, even without the dams these prairie streams went through periods of drought and the fish would find ways to survive. You will have this dried-up stream bed and then it rains and all the sudden the fish are back,” he said.

The difference with the dams in place is fish can become stranded as the river level quickly drops after a period of power generation.

“The deck is just kind of stacked against them with the barriers and things we’ve done to break the connectivity with different parts of the river,” he said.