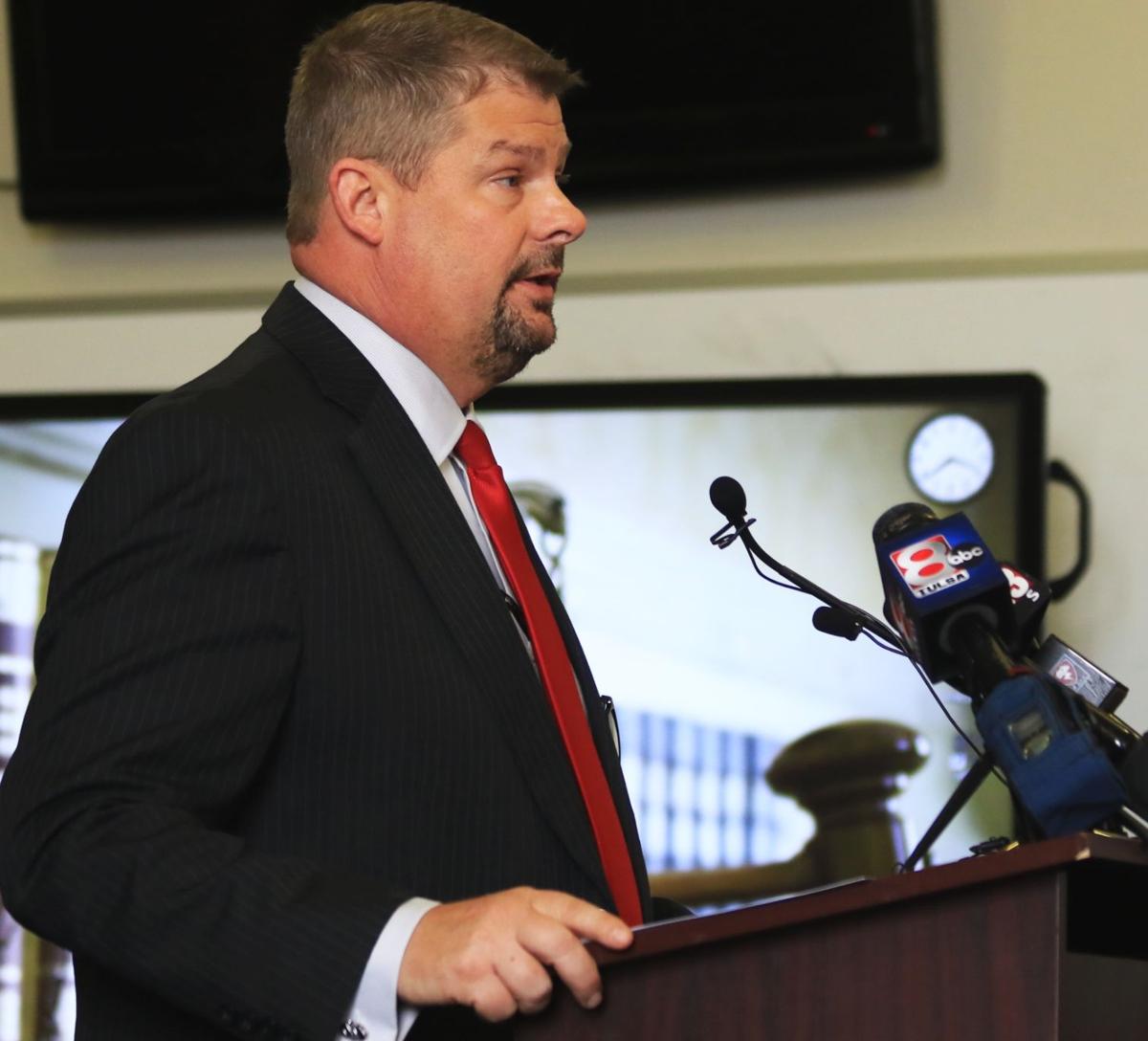 First Assistant District Attorney Jack Thorp told reporters Zach Peters acted “lawfully,” within “his rights as an Oklahoma citizen,” when he shot and killed three masked intruders with an AR-15 inside his home after they broke in on Monday, March 27. JOSH ALLEN/AMERICAN-TRIBUNE 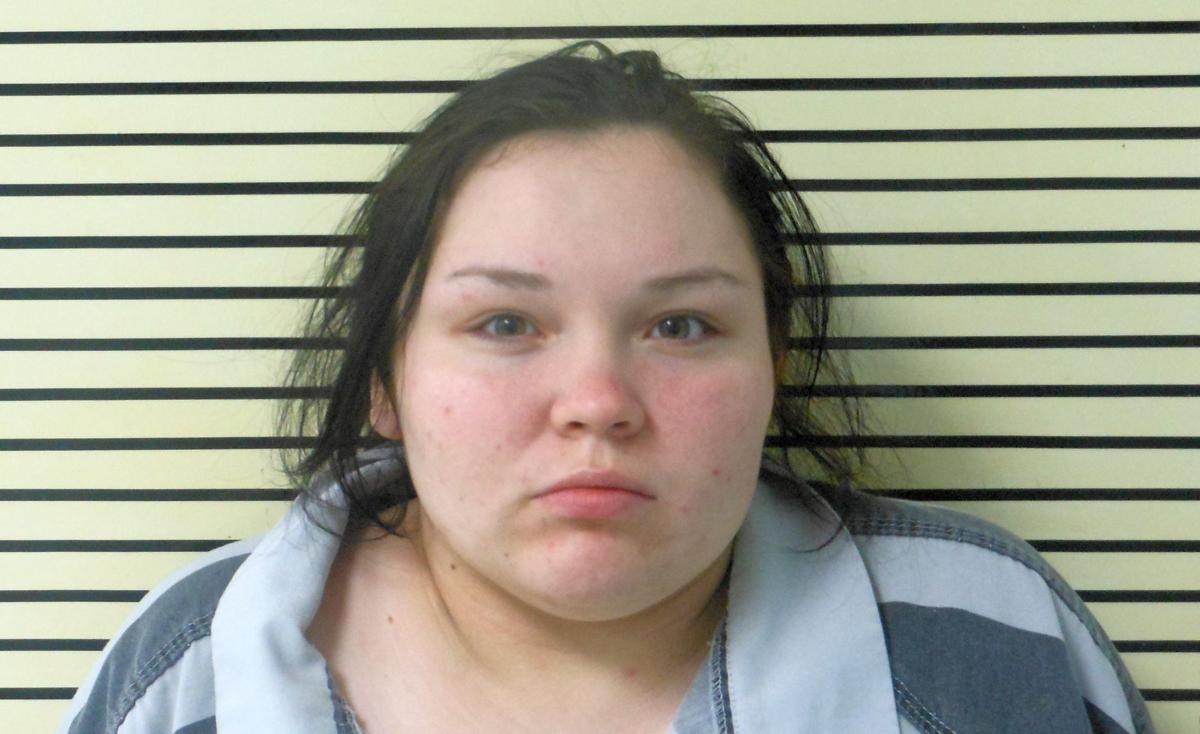 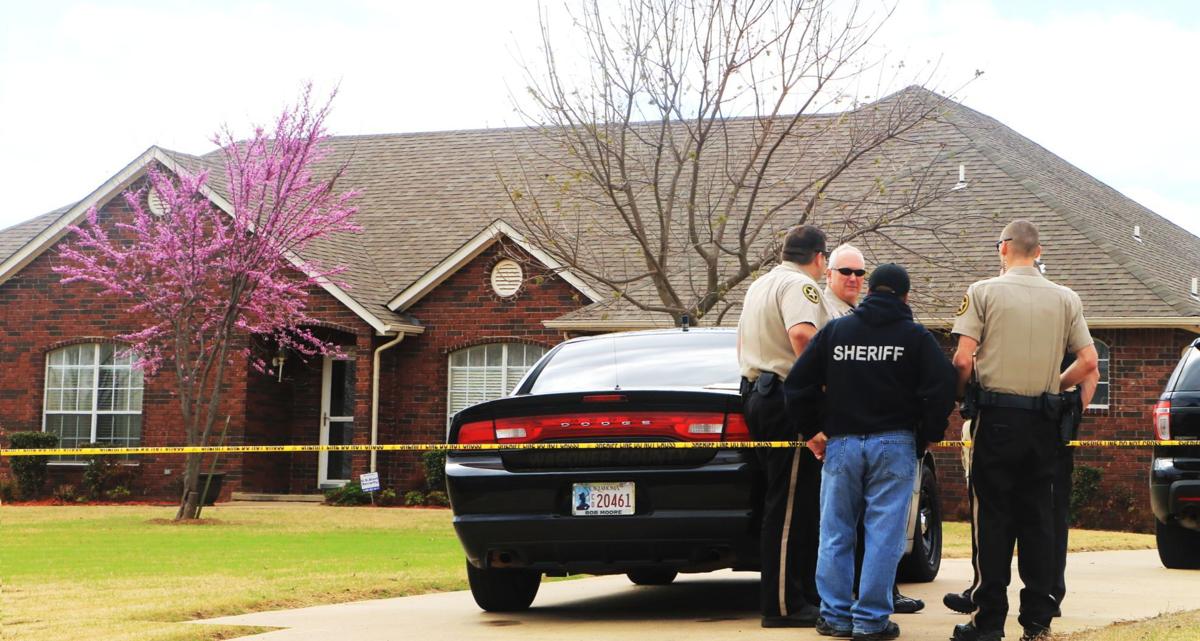 Wagoner County Sheriff’s deputies, assisted by the Broken Arrow Police Department, investigate the scene of a failed robbery attempt, which led to the death of the three intruders, near Broken Arrow in Wagoner County on Monday, March 27. JOSH ALLEN/AMERICAN-TRIBUNE

Wagoner County officials said Monday the 23-year-old who shot and killed three masked intruders inside his home on March 27 acted justifiably and would not be charged with any crime.

At a press conference on Monday, First Assistant District Attorney Jack Thorp read an official letter from the DA’s office, which said Peters “acted in accordance with his rights as an Oklahoma citizen.”

The DA’s office sent the official letter declining to prosecute or pursue any charges against Peters to the Wagoner County Sheriff’s Office on Monday, April 3.

“Upon my review of his interview, it appears that he (Peters) was in fear for his life as he perceived the intruders and discharged his weapon at the intruders,” District Attorney Brian Kuester states in the letter.

“My deputies have worked tirelessly on this case ever since it happened to make sure we do a good job,” Wagoner County Sheriff Chris Elliott said Monday. “They’ve investigated this meticulously, diligently, and we’ve looked at every piece of evidence.”

Thorp said at Monday’s press conference that Elizabeth Marie Rodriguez, 21, who was arrested for her involvement in the home invasion and subsequent deaths, has officially been charged with three counts of first-degree murder by the DA’s office.

The range of punishment for murder in the first degree, Thorp said, includes three possible punishments; death, life without the possibility of parole or life.

“Like every other jurisdiction in the country, we too have seen burglaries ... an increased number of burglaries happening in Wagoner County,” Elliott said. “We are working diligently with other law enforcement agencies and the community to try and thwart these burglaries.”

Rodriguez was arrested after she turned herself in to authorities shortly following the home invasion and shooting. She stated to investigators that she had “planned the robbery and drove the vehicle,” according to authorities.

On Thursday, she told reporters in an interview from the jail that she was sorry for her part in the crime, claiming she did not plan to kill any of them but did admit to her part in the robbery attempt.

Jaykob Woodriff, 16, Jacob Redfearn, 17, and Maxwell Cook, 19, were wearing all-black and masks when they broke into Peters’ home on Monday, March 27 around noon.

After hearing loud noises that woke Peters, who was at the home alone at the time, he encountered the three intruders inside his home. Armed with an AR-15 assault rifle, Peters fired, killing all three.

Authorities said one was armed with brass knuckles and another had a knife.

“At the sheriff’s office, we’re very troubled by this. We don’t want to see this in our county,” Sheriff Elliott said. “But we support the right of our citizens ... the right to bear arms and to defend their homes in this county.”

“In this such, we feel strongly that that’s what took place here,” he continued. “We don’t want to see this type of thing in our county, obviously, but we are also in the United States and in a state that affords our citizens the right to defend themselves.”

Within minutes of firing the shots, Peters called 911 and requested medical personnel for the wounded intruders, telling the dispatcher “one of ‘em’s shot bad.”

“Our condolences are extended to the families (of Woodriff, Redfearn and Cook)” Thorp said on Monday.

Originally it was reported that Rodriguez may have personally known Peters, however, she confirmed to authorities last week that “she had no connection” with him, according to Deputy Nick Mahoney, spokesman for the sheriff’s office.

After waiving her right to an attorney, Rodriguez told investigators Wednesday that “she did not know Zach Peters,” but said she “indirectly became aware of Peters’ father.”

“She said she determined Peters had money and expensive belongings, and that was why she selected his home, to ‘hit a lick,’” Mahoney said.

“Hit a lick,” Mahoney explained, “is a term some criminals use to describe getting a significant amount of money in a short period of time.”

An arrest affidavit had previously indicated that Rodriguez “had previous knowledge of the house and the homeowner.”

After Peters shot the intruders, who had broken in through a back glass door, two of them died inside, while one made it out to the driveway before collapsing.

Rodriguez told investigators that, after she heard shots fired, the injured suspect who ran outside tried to get back into her vehicle, but she said she drove away, leaving him in the driveway, Mahoney said.

Rodriguez also told investigators that she and the three deceased suspects had went to the residence prior to the shooting and burglarized a spare apartment on the property. She said they then returned later to burglarize the main house, Mahoney said.

Another witness contacted authorities last week with alleged additional information regarding the home invasion, according to Mahoney.

“Investigators have made contact with her and are currently in the process of talking with her,” Mahoney said last week.

Though specific details about what she knows about the case were not revealed, he said investigators were “taking her seriously.”

“She is a witness, not a suspect,” Mahoney clarified.

Her name is not being released at this time. At Monday’s press conference, authorities did not comment on her involvement or the information she may have provided to investigators, but Sheriff Elliott said she was a juvenile.

“We’re not going to release any information on that,” Elliott said referring to the witness, who may have been in the back seat of the car that Rodriguez drove to the residence prior to the home invasion. “This case is still an open investigation.”

Rodriguez will go before Associate District Judge Dennis Shook on April 5 for an initial appearance hearing.

Two of the three teen burglars shot and killed during a Wagoner County home invasion March 27 showed positive results for drugs, according to …

First Assistant District Attorney Jack Thorp told reporters Zach Peters acted “lawfully,” within “his rights as an Oklahoma citizen,” when he shot and killed three masked intruders with an AR-15 inside his home after they broke in on Monday, March 27. JOSH ALLEN/AMERICAN-TRIBUNE

Wagoner County Sheriff’s deputies, assisted by the Broken Arrow Police Department, investigate the scene of a failed robbery attempt, which led to the death of the three intruders, near Broken Arrow in Wagoner County on Monday, March 27. JOSH ALLEN/AMERICAN-TRIBUNE