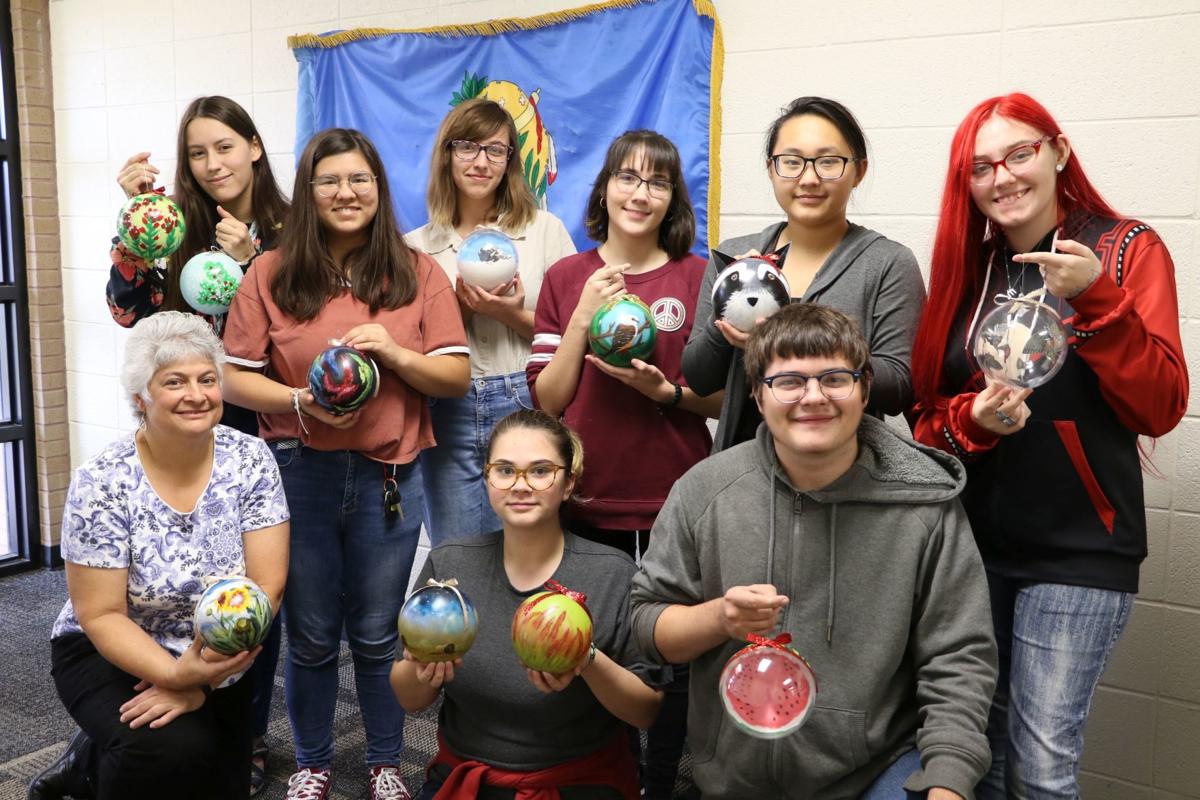 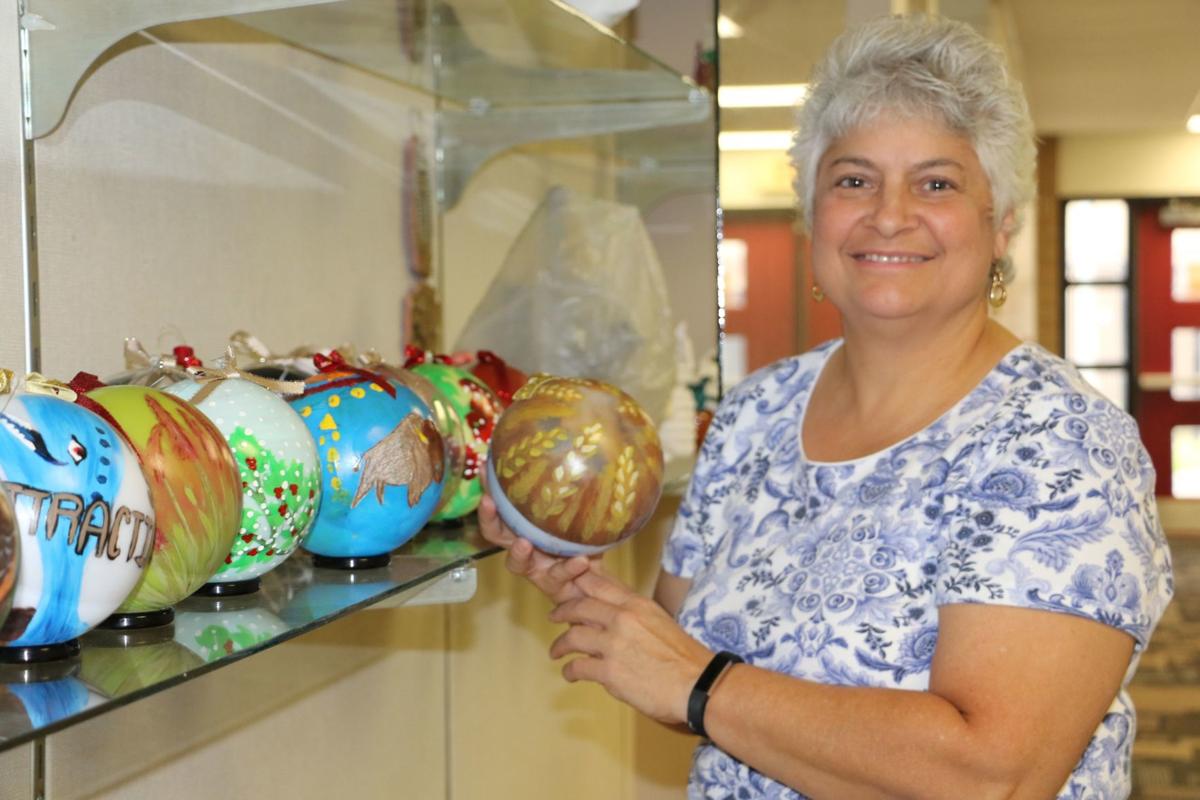 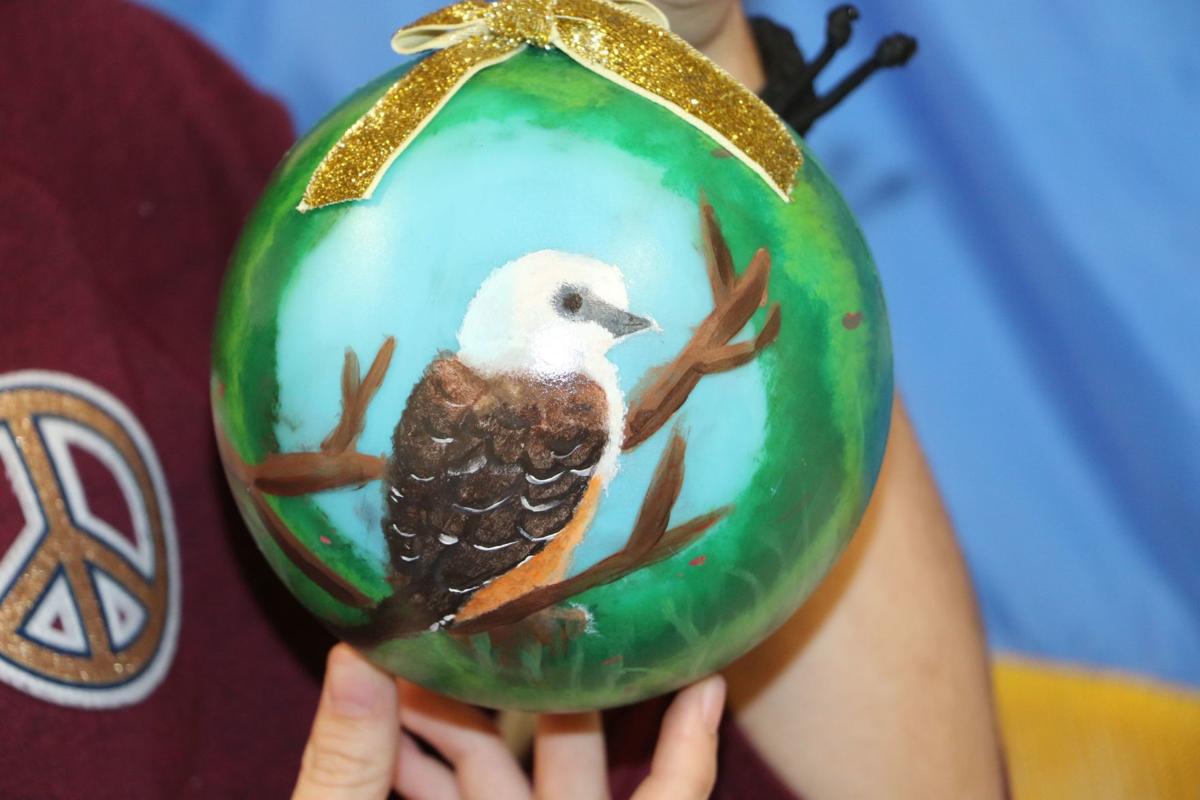 A bald eagle adorns this ornament that will be featured on Oklahoma’s tree in the “America Celebrates” Christmas tree display in Washington, D.C. CHRISTY WHEELAND/AMERICAN-TRIBUNE

A bald eagle adorns this ornament that will be featured on Oklahoma’s tree in the “America Celebrates” Christmas tree display in Washington, D.C. CHRISTY WHEELAND/AMERICAN-TRIBUNE

In a few short weeks, the nation’s capitol of Washington, D.C. will celebrate the 97th Annual National Christmas Tree Lighting Ceremony on the South Lawn of the White House.

The massive tree will be surrounded by more than 50 smaller trees representing every U.S. state, territory and the District of Columbia. Each one will be adorned with one-of-a-kind ornaments made by ordinary Americans that symbolize the history, heritage and culture of their homelands. The display is affectionately called “America Celebrates” and is open to visitors throughout December.

Ornaments for the Oklahoma tree have been designed by students in Coweta High School’s art club under the leadership of instructor Shelley Self.

“We have the honor this year of representing Oklahoma,” Self said. “I think it’s important to not only have school pride, but state pride as well. I was born and raised here, and I’m pretty proud of my state most of the time.”

The educator said as the CHS Art Club does a lot of community outreach, taking on this strong project would give artists an opportunity to expand on their ideas.

“We received plastic ornaments from the National Park Service the second week of October. Their only requirement is for designs to be representative of your state, and contain no logos or copyright items,” Self explained.

Among the designs Coweta students came up with are a watermelon (state vegetable), a scissor-tailed fly catcher (state bird), a buffalo (state mammal) and landscape/flora such as an Indian Paintbrush, Indian Blanket (state wildflower) and a rose (state flower).

“It’s amazing what all we have!” Self exclaimed.

Each club member was given two ornaments and spent anywhere from five to 10 hours on his or her designs.

CHS junior Shiny Chang made one of her ornaments a raccoon, which is the state official furbearer. Her second submission is using the state colors, green and white.

“I think it’s really nice and special that our school gets to do this,” Chang said. “That’s pretty neat since we are such a small school.”

The locally designed ornaments will not have each student’s name attached, however there will be signage at the Oklahoma tree identifying the artists from Coweta High School.

Unfortunately, the ornaments will not be returned. However, it brings Self and the art department great joy in knowing that hundreds upon thousands of visitors to the nation’s capitol this holiday season will have the opportunity to see their work in the national spotlight.

The CHS art program has won awards and accolades on the state level for many years.

“This will probably be the only opportunity we’ll get to do this,” Self said with a smile.

Also participating are former CHS graduates Katelyn Oliver, Rianna Roberts and Kinley Ward, along with Self.