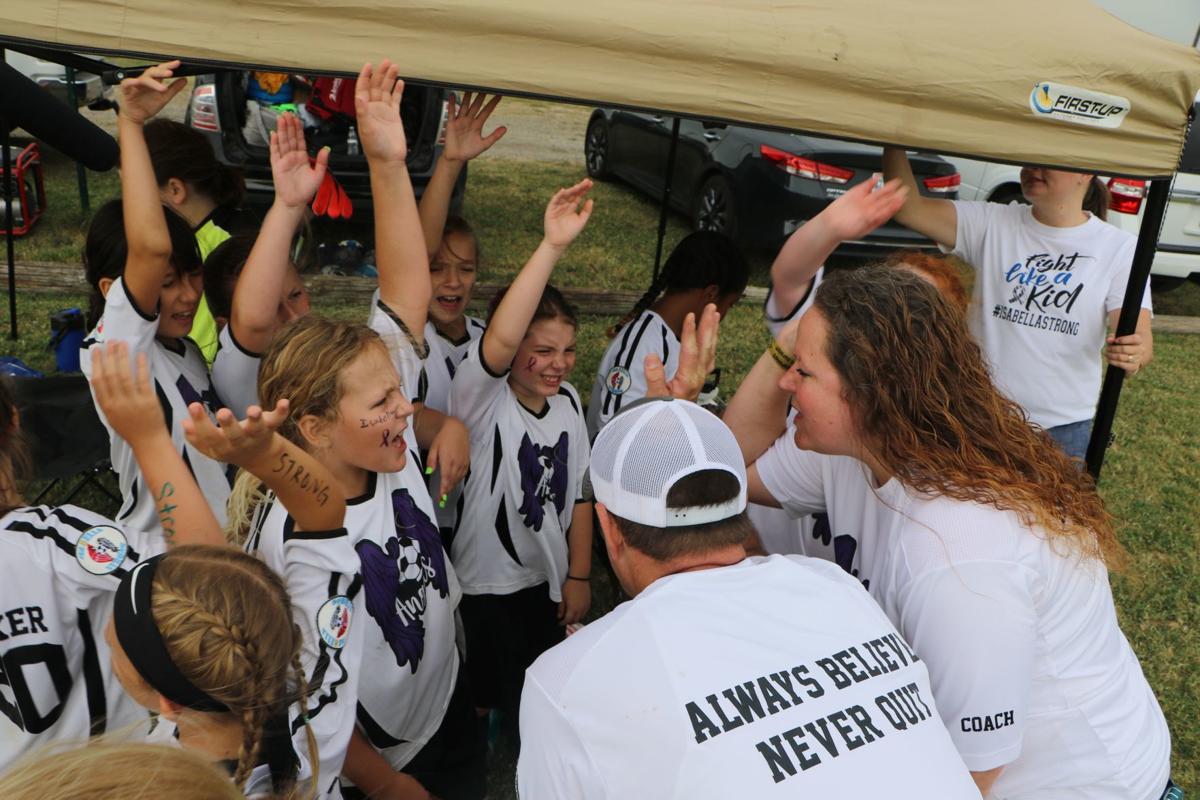 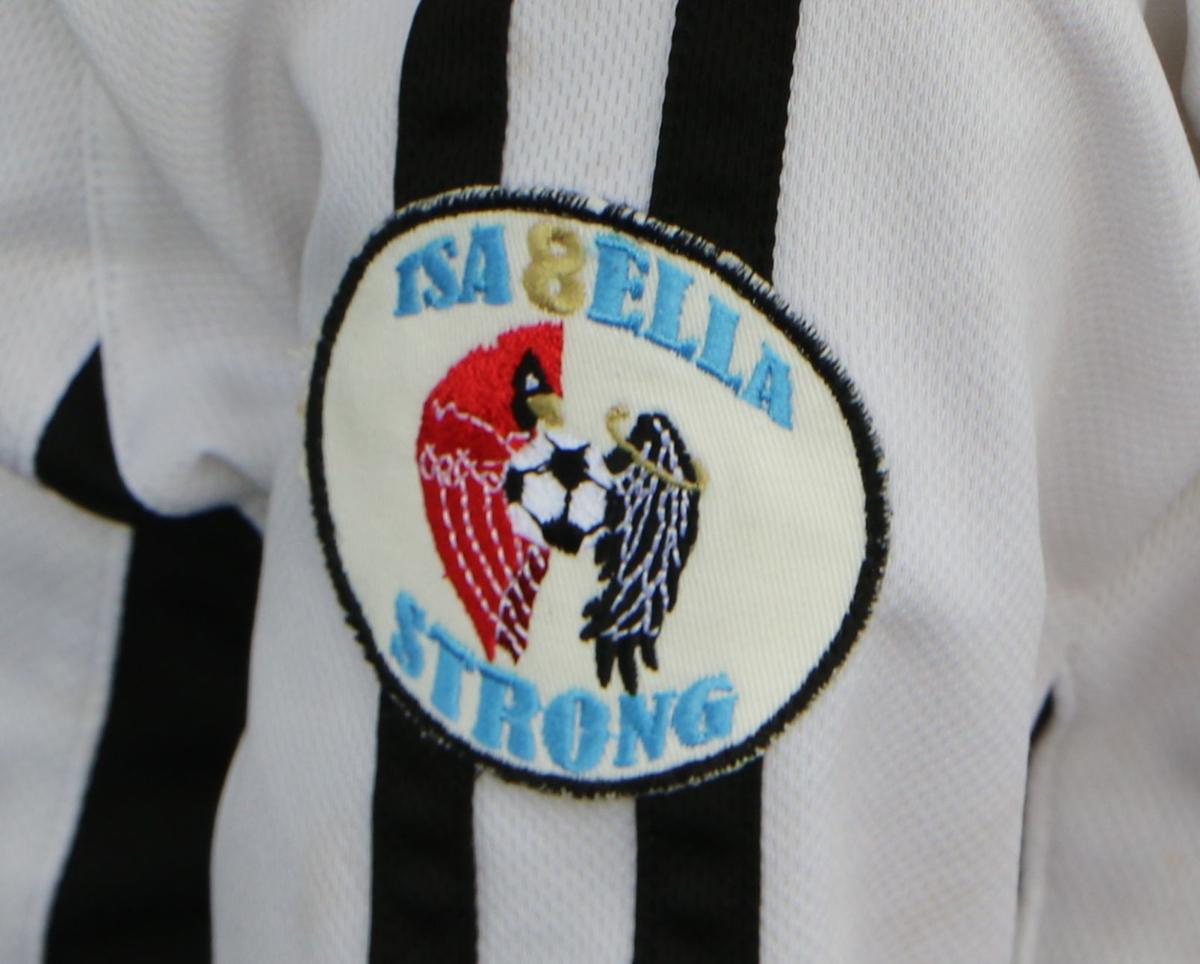 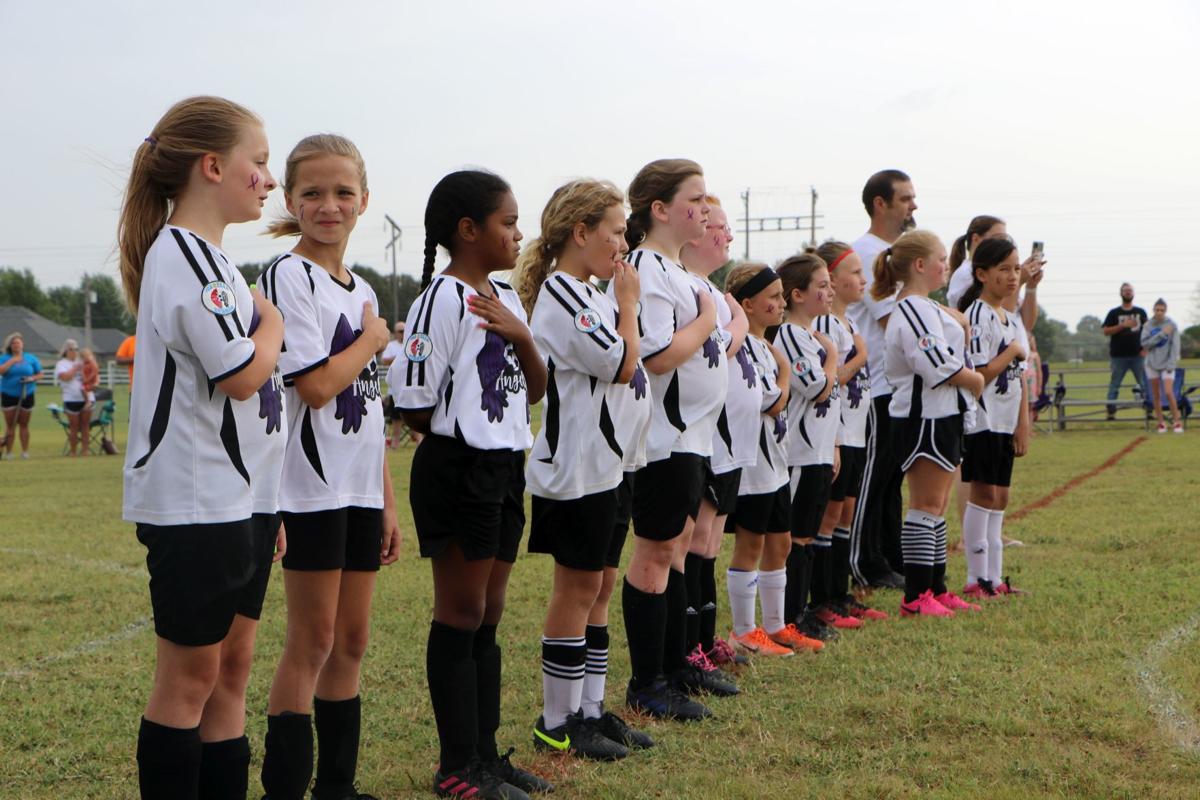 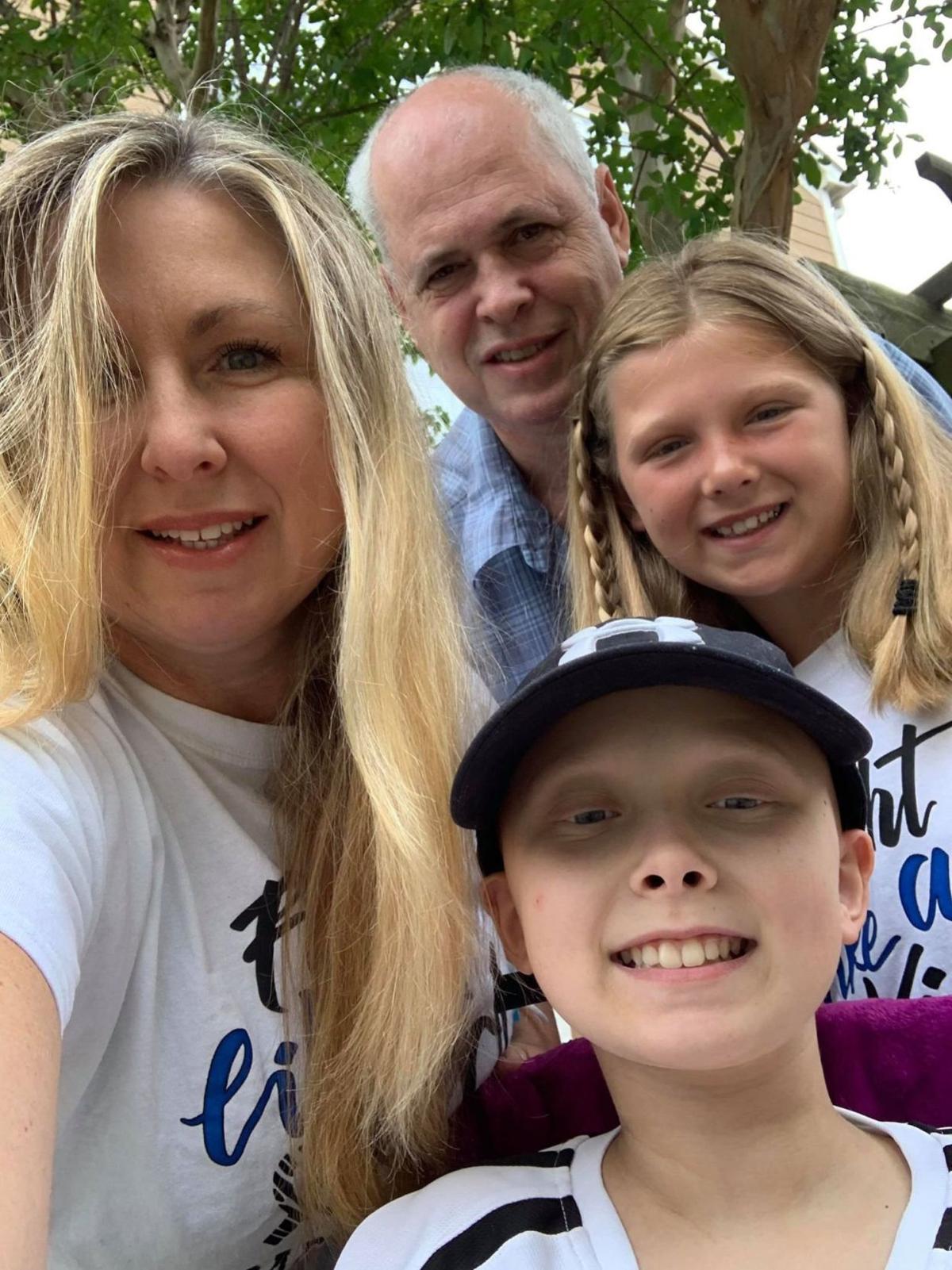 The Collinsville Angels soccer team had earned the right to play for a league championship on Saturday morning. Throughout the season, they have been drawing inspiration from one of their teammates on the under-10 girls’ squad who has been squaring off against a far more daunting opponent.

Earlier this year, Isabella Henderson and her family found out she had stage four alveolar rhabdomyosarcoma cancer, a diagnosis that has kept her secluded at St. Jude Children’s Hospital in Memphis, Tennessee for more than four months.

Henderson was unable to play with the Angels due to the diagnosis. Alveolar rhabdomyosarcoma arises in the soft tissue, such as muscles and can occur throughout childhood and may be present at birth, according to the St. Jude website.

“We started this year for Isabella,” said Henderson’s teammate, Rian Lytle. “We’ve been fighting for her.”

The team’s schedule was trimmed from 10 games to six due to COVID-19 but that did not keep her teammates, along with members from Collinsville fire and police and with the Angels’ opponent, the Porter Pirates, from participating in a pre-game ceremony that honored her.

With Henderson wearing her game jersey and watching the action on Facebook live, each member of both teams was introduced on the grounds of the Collinsville Soccer Fields. Following the playing of the national anthem, the two teams formed a circle at midfield as they prayed for Henderson. Henderson’s mother, Cristina Rubio, then executed the pregame coin flip just to kickoff.

Isabella even delivered some inspirational words just before her teammates claimed a 1-0 victory and the championship.

“Hi guys, it’s Isabella,” she voiced on a Facebook message. “I miss you guys so much. Good luck. Miss you. Always believe. Never quit. Go Angels.”

The Angels and other members of the Collinsville community have stepped to offer help and support for the Henderson family. The team has been raising money through a t-shirt fundraiser that have included the inscriptions “#IsabellaStrong” and “Fight Like a Girl.” In March, the community held a back sale with the proceeds going to the family as they have remained more than 400 miles away since February.

“It’s really emotional because we’ve had a huge amount of community support,” Rubio said. “Her soccer teammates are like family to her. The soccer field has been her safe place since she was near 4 years old. So it means a lot not only to me but to Isabella that they care so much about her. Even though she’s not here, she’s lived on with them.”

Henderson’s coach Jason Rosser said the community response, even during quarantine, has been inspiring.

“It’s awesome,” Rosser said. “We couldn’t believe the turnouts and how the community has come out and supported her. It’s been an amazing experience. It’s been great to be part of something good considering what has been in the news.”

Mae Cupp, who lives in Sawgrass Point at Bailey Ranch, was recently recognized by the Owasso Garden Club for her efforts in beautifying her landscape.

Meet Owasson Tyler Wick with Scoop Soldiers, who answers some fun questions about his life and career.

"We must do more to overcome this pandemic," reads the new call to action from Ascension healthcare to its 160,000 associates across the U.S. #COVID19

Anthony Cammuso of Troop 18 at First Presbyterian Church in Owasso earned the top honor of Eagle Scout, along with other locals.

Bailey Medical Center was among 44 Oklahoma hospitals to meet a challenge from the Oklahoma Hospital Association to achieve a health care worker influenza vaccination rate of 96% or higher during the 2020-21 flu season.

The legacy of Owasso police K-9 ‘Samson,’ who passed away on July 9, lives on in the hearts of those he protected — and captivated — during his 11 years on this earth.

The Tulsa Fire Department recently visited the 10-acre campus for the first time to complete three days of intensive exercises as part of its annual region-wide training regimen.