Megan Cox, who has a seventh-grade son enrolled in Owasso, attended the district’s public meeting on Jan. 6, and gained some further insight into the overall process.

The Owasso school board is eyeing an approval in the coming weeks to send the district’s next bond issue to the ballots.

Owasso Public Schools’ next major funding measure — set to go before voters in the April 5 nonpartisan general election — includes two resolutions that total nearly $84 million to support several enhancements for the district over the next five years.

Dollars from bonds help schools pay for operational expenses outside of their general funds, which are used for teacher and staff salaries. The bonds also give schools more flexibility to maintain and upgrade their resources and facilities.

Voters will have the opportunity to greenlight the five-year proposal, which includes an estimated $42.8 million for district services, $18.9 million for technology, $11.8 million for instruction, $7.7 million for student activities and $3.6 million for transportation.

District administrators, including Owasso’s newly appointed interim superintendent, Margaret Coates, were on hand during two public meetings, Jan. 6 and Jan. 11, to inform attendees and answer their questions ahead of the April election.

“Community feedback is vital to ensure that we have an excellent school system, and also that we’re providing, really, the resources necessary for our students,” Coates said. “Also, it’s an opportunity for us to educate our families in our community on what a bond is.”

Megan Cox, who has a seventh-grade son enrolled in Owasso, attended the district’s first forum and gained some further insight into the overall process.

“I was interested to hear what issues the district has identified and what the proposal’s going to include, and just wanted to learn more about the process,” Cox said. “I felt tonight (Jan. 6) was really informative.”

Joe Stewart also attended the same meeting “for accountability for the school district, money not being wasted,” he said. “It’s such a large bond proposal.”

OPS has passed every bond issue over the last 12 years. The district’s passage rate has averaged over 70% and reached its peak of 84% with the approval of its $23 million bond issue in 2015.

Owasso Public Schools announced that Hodson Elementary temporarily moved to distance learning amid “an extremely high number of teacher and staff absences” due to COVID-19 and general illness.

OPS Superintendent Margaret Coates in a letter to parents Monday said the transition to virtual instruction began Tuesday, Jan. 11, and will run through the remainder of the week.

“Staff members contacted the district throughout the weekend reporting illnesses, which contributed to more than 175 staff absences today (Monday). That accounts for more than 15% of all OPS staff,” Coates said. “Each area of our district was affected in some way — bus drivers, child nutrition staff, teachers and everything in between.”

A significant percentage of Hodson’s staff was affected, officials said, which led to the decision to move the school’s students to home-based learning.

“Our preference at this time is to evaluate each site individually rather than to pivot the entire district to distance learning,” Coates said. “These decisions are not made lightly, and while we wish to maintain in-person instruction, we must consider the ability to serve students safely and equitably.”

First- through fifth-grade students at Hodson were given a Chromebook to take home with them. Teachers of Pre-K and kindergarten students reached out to parents directly regarding device needs. Students began logging into Google Classroom and received instruction from OPS teachers starting Tuesday morning.

The Owasso Child Nutrition team also set up a drive-thru, 10 a.m.-12 p.m., for families to pick up meals at the bus loop each day beginning on Tuesday.

The district will continue to assess the staffing situation at Hodson throughout the week and communicate decisions regarding the week of Jan. 19-21. There will be no school on Monday, Jan. 17, for Martin Luther King Jr. Day or Tuesday, Jan. 18, for district-wide teacher professional development.

Tristan Profit hugs Pastor Tim Newton, executive director of the Tulsa Dream Center, after delivering boxes of coats and other winter clothing to the Dream Center on Monday, Jan. 3.

Marquess Dennis with the Tulsa Dream Center unloads boxes of coats that were collected and delivered by Tristan Profit, Jediah Jones, Madison Manzer and Gavin Chalk.

Pretty much every situation these days reminds Tristan Profit of what he stands to lose.

“Last week, I went to the barbershop, and as I sat there in the chair, looking in the mirror, I could barely see myself,” said the 19-year-old Tulsan.

“I couldn’t see my hairline at all.”

Profit, who was diagnosed with glaucoma last year, said that ultimately he will lose his vision entirely.

But rather than dwell on it, he tries to look for opportunities to help others.

And on Monday, Jan. 3, at the Tulsa Dream Center, if he couldn’t see the staff’s faces clearly, he still could feel the warmth of their gratitude, he said.

Profit, who has his own music label, Stackprofit3nt, joined some of his artists and co-workers recently to spearhead a winter clothing drive.

On Monday, they presented the results — more than 20 big boxes stuffed with coats and other items — to the center, where they will go to people who need them.

“It was very heartwarming,” Profit said of the center’s reception.

The drive, he added, was held in partnership with Metropolitan Baptist Church and Owasso High School, with contributions from other businesses and organizations.

Well over 100 coats were collected, among many other winter-related items.

Having grown up in Tulsa, he used to play basketball at the Dream Center, he said.

It was in football, though, where he excelled the most.

A member of a state championship football team at Owasso High School, where he graduated in 2020, Profit went on to Missouri Western State University in St. Joseph on a football scholarship.

That’s where he was last year when he got the bad news.

It was devastating to hear, Profit said, adding that eventually he decided it was best to give up football.

Since that time, his eyesight has only worsened.

But the situation has led him in a new direction.

“I decided if I can’t use my eyes, I can use my ears,” Profit said of the idea for his own music label.

He now has five artists and five videographers on board and will launch a website soon at stackprofit3ntertainment.com.

Profit, who plans to continue his education at Rogers State University, is facing the future with resolve, determined not to be defined by his disability.

“I try to find light in the situation,” he said.

Profit said the musicians and others with whom he’s working are like-minded in their desire to serve the community.

“You don’t have to be famous, rich or a big-time person to give back,” Profit said. “Just put yourself out there and show people you care.”

+16 Here are some local nonprofits you can support
Tulsa World staff
Updated Jan 5, 2022

Tulsa has historically been one of the most philanthropic regions in the nation, with people giving generously of their time and money. 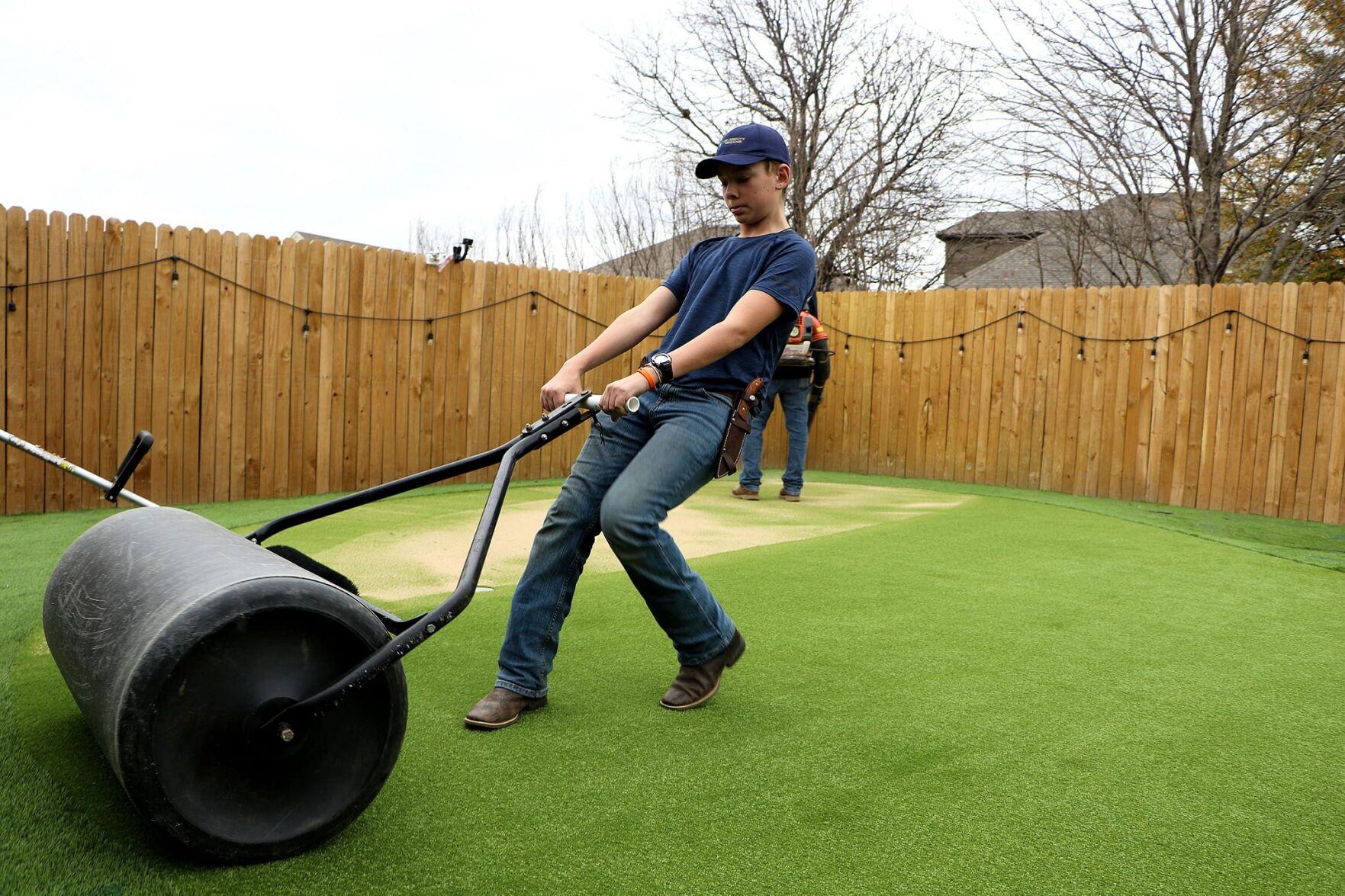 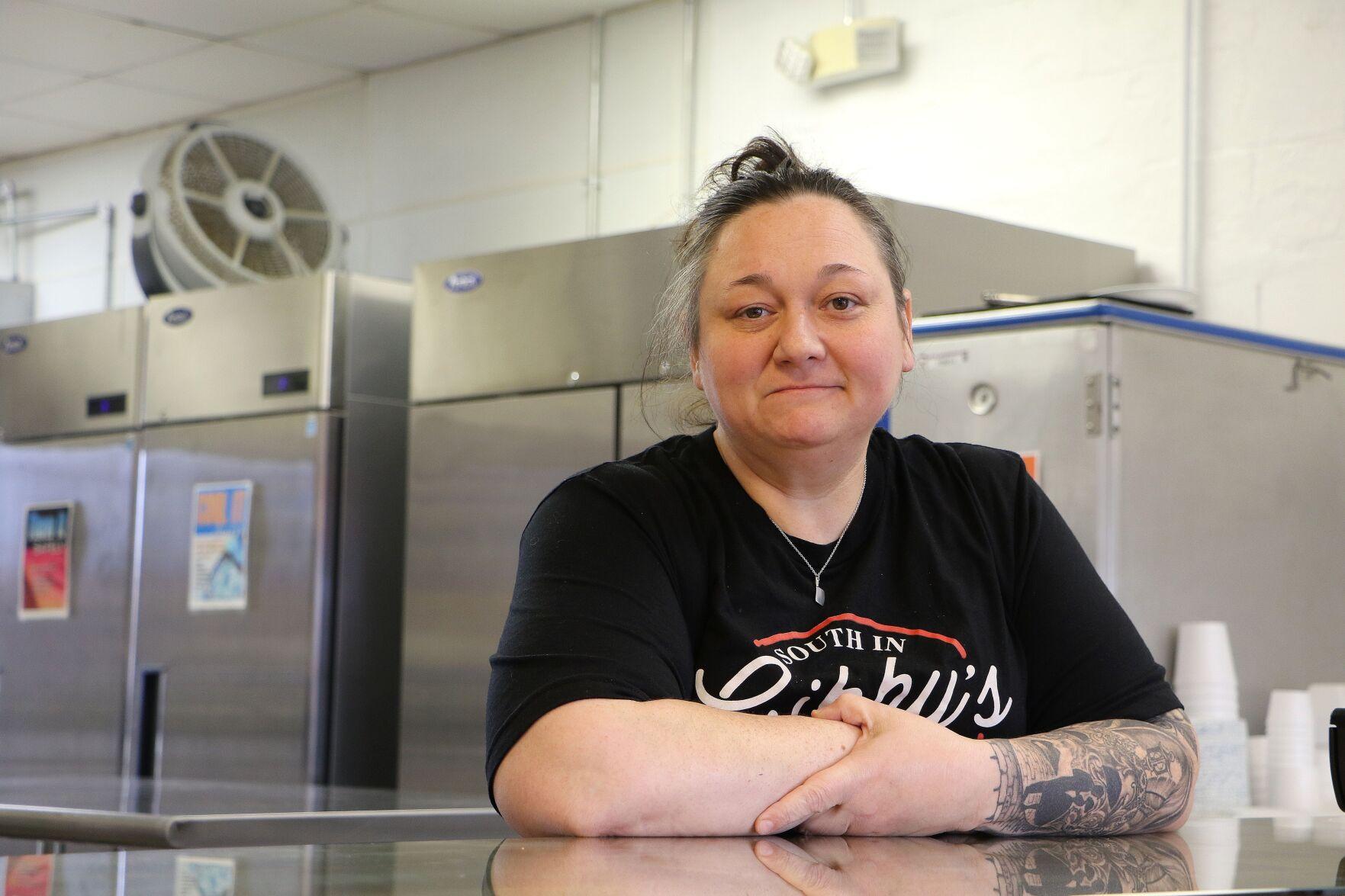 Collinsville’s basketball teams are off to a strong start on the 2022 portion of their schedules.

Each went 3-1 in the opening week and finished third in the Lincoln Christian Winter Classic.

In the third-place games Saturday, Jacob Scyrkels scored a career-high 38 points in a 79-57 victory over Edison in a matchup of Class 5A top-10 teams after Collinsville’s girls rallied past Stilwell 61-54.

Scyrkels was an all-tournament selection. Cooper McDowell and Oscar Hammond also finished in double figures for Collinsville (9-2) with 14 and 11 points, respectively. Jay Overton-Tobie paced the Eagles (8-5) with 13 points.

Collinsville was ahead 31-25 at the half, but took control with a blistering start from the floor in the third quarter.

The Cards made their first six shots of the frame, including a trio of 3-pointers from McDowell. They eventually led 58-41 after three periods and were never seriously threatened in the final stanza.

“I was very pleased with our character and our competitive nature,” Collinsville coach Todd Anderson said. “Our guard play has been really solid and our length on defense gives people problems.”

Collinsville beat Glenpool 84-38 last Tuesday and then got past Wagoner 54-38 in the opening round at Lincoln on Thursday.

In the semifinals Friday, the Cardinals dropped a hard-fought contest against Stilwell 56-52. They rebounded quickly though, thanks to Scyrkels and company.

In the girls’ game, the Cardinals (7-4) had four players with at least 10 points, including a game-high 17 points from all tournament selection Brie Smith.

“Makayla is not really known as a scorer, but she made a couple of big shots,” Collinsville coach Janson Hightower said. “We had good balance tonight.”

Stamper followed with a steal near her own free throw line that she took the rest of the way for a layup 30 seconds after the trey from Meadows.

Smith then got a conventional 3-point play with 3:46 remaining. Stilwell got no closer than four points the rest of the way.

Hightower, in his first season as the coach of the Lady Cardinals, is very pleased with the progress and maturity of his team.

“They are growing up,” Hightower said. “They are sharing the ball well and really taking to our coaching.”

Collinsville had wins of 56-41 at Glenpool this past Tuesday and 60-53 over Wagoner on Thursday in the opening round at Lincoln Christian. In the Wagoner game, Liz Thomas’s driving basket snapped the tie with 1:25 remaining. Four players combined to sink 9-of-10 free throws in the final 51 seconds to seal the win for Collinsville.

The Lady Cards then fell 66-43 to defending Class 5A state champion Sapulpa on Friday.

Both Collinsville teams will host Coweta on Tuesday and visit Grove on Friday.

Owasso will host Bartlesville on Tuesday and Booker T. Washington on Friday.