Randy and Elizabeth Honeycutt say it’s nothing short of a miracle that they’re alive.

The local couple recently survived an early morning fire at their Collinsville home, and they have an unknown passerby to thank for their rescue.

It all started around 4 a.m. on Monday, Jan. 4, when Randy, who was sleeping next to his wife on the second floor of their rural residence, awoke to the smell of smoke and the sound of loud pounding at their front door.

He and Elizabeth scrambled to gather what little they did take and find a way to escape the fire, which had already engulfed a large portion of the roof above their living room, filling the house with smoke.

“We could hardly see,” Randy said. “I mainly started kicking out the windows to figure out the best way out. I immediately went downstairs, opening windows so the smoke can go somewhere.”

The Honeycutts spent the next several minutes struggling their way through the haze until finally clearing out into their garage, where they breed French bulldogs. The couple has been raising dogs for 30 years, with much of their business conducted from the two-car port.

“I started opening the garage doors because we had (the dogs) in there,” Randy said. “I’m just hollering, ‘Get the dogs out, get the dogs out!’”

It wasn’t long until he and his wife, and over a dozen K-9s, made it safely outside and waited for first responders to arrive amid the cold temperatures.

“It was freezing that morning,” Elizabeth said. “Frost and ice on the ground, I was running out barefoot.”

It took fire crews the rest of the early morning to extinguish the blaze, which — between the flames, smoke and hundreds of gallons of water — left the Honeycutt’s home destroyed.

“It was a good, steady fire,” said Randy, who has lived at the residence for the past 10 years. “There’s about an 80-foot hole in my roof. My house it totaled … everything in the house is ruined.”

The thousands of dollars in damage came just a few months after the Honeycutts made several renovations to the home, including a complete overhaul of their downstairs’ bathroom and the addition of new flooring in their living room.

Despite their loss, the Collinsville couple said they are alive thanks in large part to the kindness of an anonymous stranger who pulled into their property after seeing the flames and warned them of the impending danger.

“This guy comes down this road … he stopped, open my gate, came in, broke in my door … to get our attention,” Randy said. “He went above and beyond to get us awake.”

Before getting a chance to meet the good Samaritan, the Honeycutts learned that he left shortly after hearing they made it outside safely. Randy said he’s confident it wasn’t a coincidence that the man showed up at their doorstep.

“I’m telling you what, I believe this with all my heart, 10 more minutes, me and my wife (would be) dead,” he said. “I believe God sent me an angel. This guy saved our lives, and I want to say thank you.”

Elizabeth added, “He saved our lives. He saved our animals, and if he hadn’t, who knows what.”

The Honeycutts are now in the process of picking up the pieces and moving forward. They have rented a large mobile home and parked it alongside their property to live out of until they can permanently settle back into their old house.

Randy, who is a retiree of the international freight shipping business, couldn’t help but still smile as he walked around his property and assessed the damage a few days after the fire. His excuse: a silver lining that came in the form of a divine intervention.

“I’m doing well,” Randy said. “When you’re 65 and God sends an angel to your house to wake you up, it tells you, He’s got more time for me on my plate.”

When asked what she took away from the incident, Elizabeth simply replied, “Just that we made it … that we’re safe.”

News
Best in the Burbs: Nominate your business for Owasso Reporter’s new “best of” contest

The Tulsa World and Oklahoma Weekly Group, including the Owasso Reporter, have a new contest to celebrate the best suburbs have to offer.

The Best in the Burbs is only open to businesses without a Tulsa mailing address. This contest is just for those communities outside of the Tulsa area.

Nominations are needed for businesses and owners within the following groups: automotive, beauty and fitness, children, clothing and accessories, finance, food and drink, healthcare, home and garden, people of the year, pets, quality of life, services, shopping and place or business most missed during the COVID-19 pandemic.

Anyone can make nominations and they begin online on Monday, Jan. 18. If you nominate at least 25 businesses or people, you can enter to win a $100 Visa gift card.

The five businesses with the most nominations in each category will advance to the voting round that starts on Feb. 22.

The winners will be announced in a special section that will be inserted into the Tulsa World and Owasso Reporter, as well as the Wagoner County American-Tribune, Sand Springs Leader and Skiatook Journal.

There is no purchase necessary to nominate or win. Users may nominate one business per category for the duration of the nomination round. 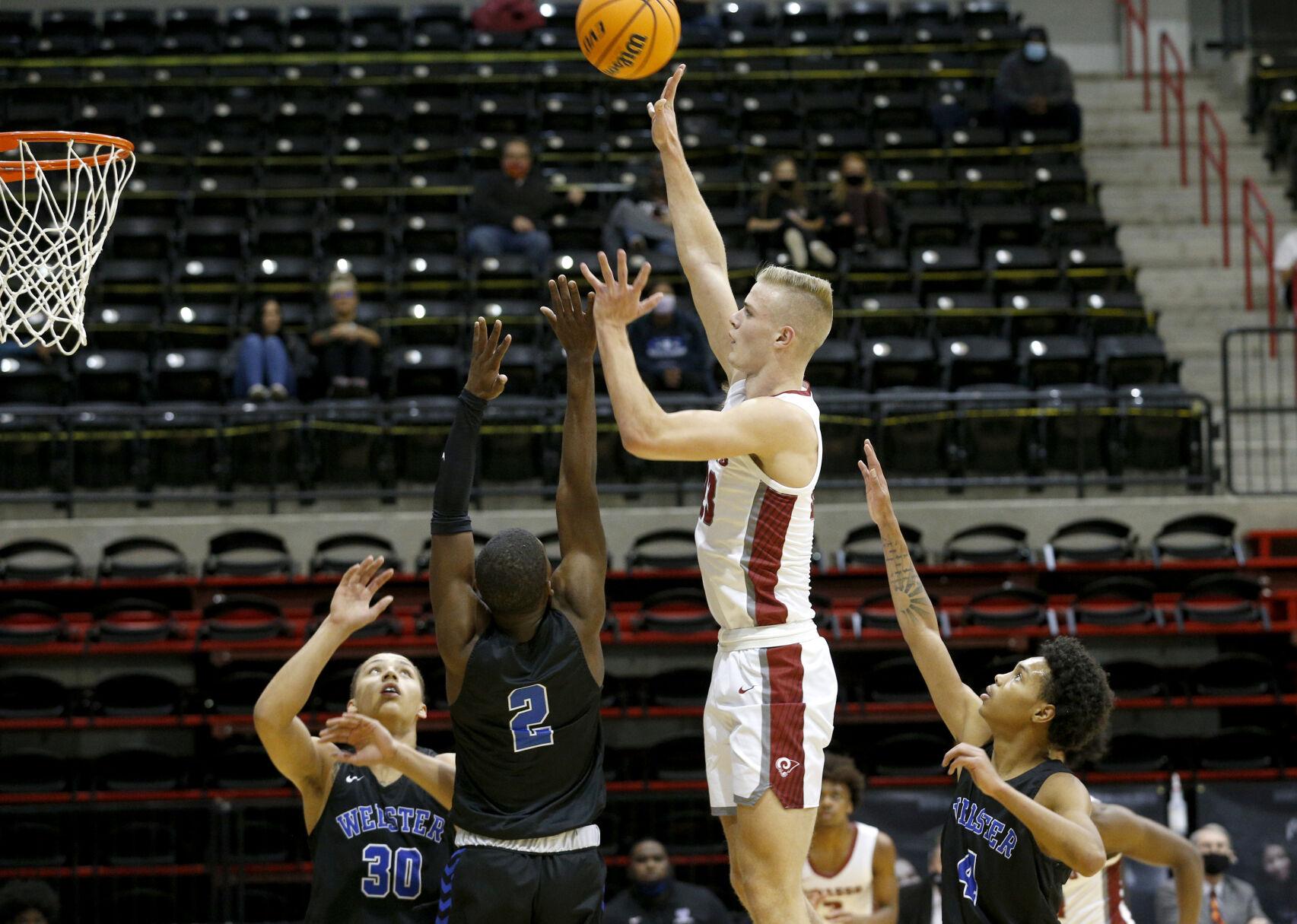 Medical personnel look out a hospital window during an event in April called Headlights for Hope at Bailey Medical Center in Owasso.

The new website allows those seeking the vaccine to register, learn what phase of eligibility they are in and eventually receive a link to clinics administering doses.

As of Friday, 110,458 injections have been administered to Oklahomans 65 or older, health care workers and/or first responders, including several in Owasso, as part of Phase 2 of the state’s vaccine distribution plan.

Over 100 employees at Bailey Medical Center, for example, have received a vaccine in the last two weeks.

Nursing Supervisor Julia Ernest and ER Manager Brandi McManus are among those at the Owasso hospital who were inoculated through the Tulsa Health Department.

“Really it wasn’t that different from getting a flu shot,” said Ernest, who only received the first dose. “My arm was a little sore, and then afterwards I was a little tired and achy, but I haven’t had any other symptoms from it.”

McManus, who received both doses, added, “I had a wonderful experience. Everybody was kind, they were knowledgeable and just willing to help with patients … I couldn’t speak more highly of the Tulsa Health Department and their staff.”

The Owasso Reporter’s attempts to receive vaccination numbers and feedback from medical staff at Ascension St. John in Owasso were unsuccessful.

Over 271,000 Oklahomans have registered through the state’s portal to receive notifications on eligibility, as of Friday. Those eligible for inoculation are able to schedule an appointment, and those not yet eligible will receive an email when their phase is ready.

The state vaccine portal can also be accessed through THD, at tulsa-health.org.

Kevin Canfield with the Tulsa World contributed to this story.