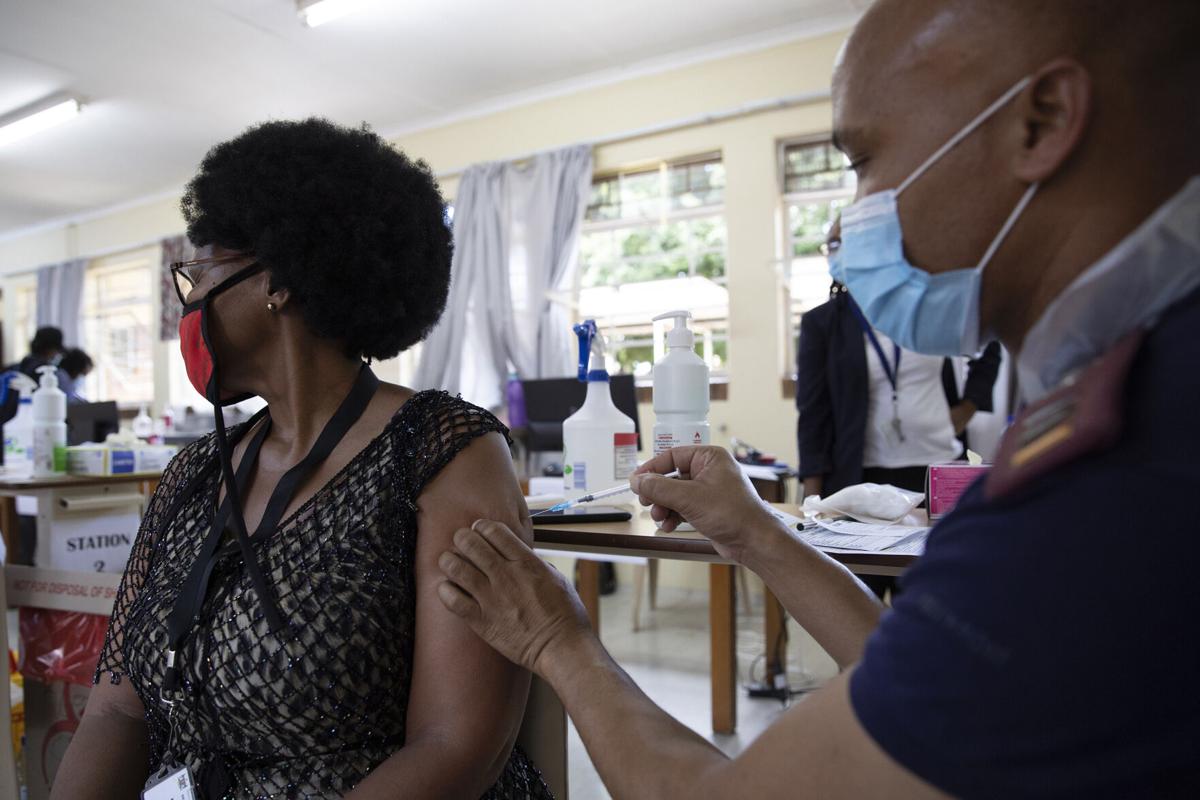 A health care worker looks away as she receives a dose of the Johnson & Johnson vaccine against the COVID-19 coronavirus as South Africa proceeds with its inoculation campaign at the Klerksdorp Hospital on Feb. 18, 2021. (Phill Magakoe/AFP/Getty Images/TNS) 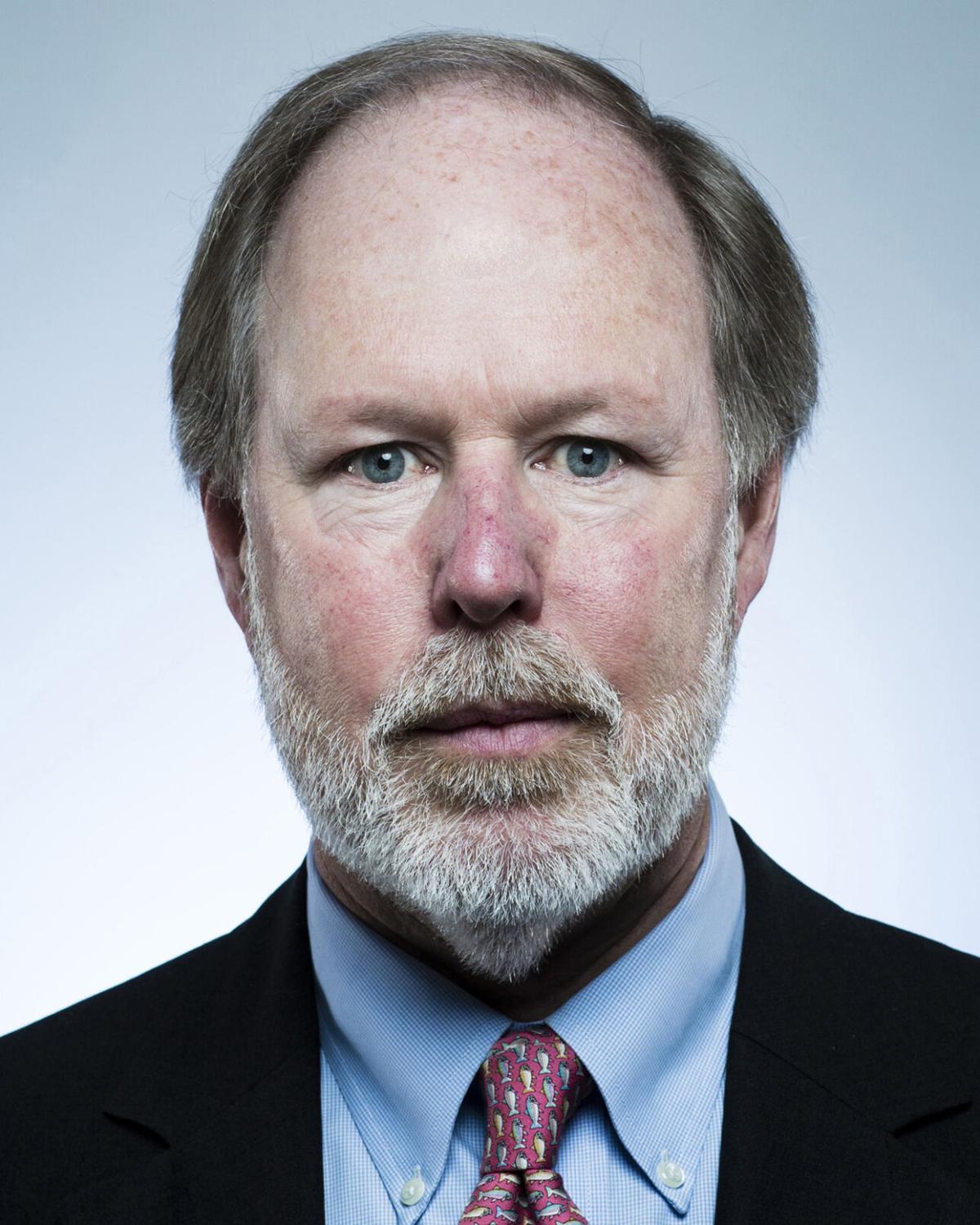 Despite recent setbacks in Michigan and elsewhere, the United States is gradually approaching the day when we may be able to declare the COVID-19 pandemic under control — within our borders, that is.

But that won’t mean the problem is over in the rest of the world — or even here at home in the long run.

Until there is worldwide control of the virus, the pandemic will continue to affect our health, our economy and even our safety from terrorism.

The first reason is obvious: The coronavirus won’t sit still. As long as there are large pockets of people passing the virus, it will mutate, and those variants, potentially less responsive to our current vaccines, will travel here from Brazil, South Africa and anywhere else they appear.

On that count alone, the world’s failure to deliver vaccines to needier countries is more than a scandal; it’s a crisis. Dozens of countries, especially in Africa, have received no vaccines at all.

The head of the World Health Organization noted last week that in wealthy countries, about 1 in 4 adults have been vaccinated; in poor countries, the number is less than 1 in 500.

To take one example, Pakistan, a nuclear-armed country of more than 230 million, has vaccinated under 0.5% of its population.

Vaccine nationalism has been the rule, not the exception. Governments in rich countries have cornered as much vaccine supply as they can to take care of their own citizens, who not coincidentally are also voters.

Drug companies have rejected pleas from India, South Africa and other countries to waive patent protection for their vaccines. That’s understandable from a business standpoint — but if Big Pharma doesn’t do more to end the shortage, people around the world will blame the United States and other wealthy nations, not just Pfizer and Moderna.

And that takes us to the other, less obvious effects of a long-term pandemic — and there are many, as two recent reports from the U.S. intelligence community spelled out.

Let’s start with the economic impact. Our economy is recovering, but in poor countries the pandemic recession has a long way to go. The intelligence community reported that food insecurity worldwide is on track to more than double, from affecting 135 million people in 2019 to a projected 330 million by the end of 2021.

A prolonged pandemic would be “a profound economic tragedy for those countries,” Treasury Secretary Janet L. Yellen said last week, “but [it] would also be a problem for America.”

And if people in poor nations believe their governments are handling the pandemic poorly, some of those regimes will collapse, the intelligence community warned.

Failed states can turn into hotbeds of terrorism, as we learned at great cost two decades ago; the intelligence report noted that some countries have reduced their counter-terrorism efforts because they need to focus on the pandemic.

All that instability also presents opportunities, but not necessarily welcome ones. Assertive, autocratic governments like China may use the moment to shove weaker neighbors around. China is handling COVID-19 well; its neighbor the Philippines is not, and that could make it vulnerable.

Foreign aid to help end the pandemic isn’t an act of charity; it’s an act of self-interest.

Many global leaders understand this — but wealthy nations, including the United States, haven’t acted on it yet.

Former British Prime Minister Gordon Brown proposed putting the Group of Seven in charge of a multinational relief effort that could include a temporary patent waiver. “The cost will be at least $30 billion a year,” he wrote — but that, he pointed out, is “less than 2% of Biden’s $1.9 trillion American Rescue Plan.”

To be sure, the United States has provided $4 billion to a United Nations program that is trying to get vaccines to poor countries — without much success so far. But ending the pandemic is going to take much more than that.

The pandemic won’t be over anywhere until it’s under control everywhere. If President Joe Biden sees eradicating COVID-19 as Job One, he’ll need to lead a global effort before he can declare his mission accomplished.

We are tossing out nearly 125 billion meals a year while a projected 45 million Americans are struggling to put food on the table, writes columnist Dana Gunders.

A health care worker looks away as she receives a dose of the Johnson & Johnson vaccine against the COVID-19 coronavirus as South Africa proceeds with its inoculation campaign at the Klerksdorp Hospital on Feb. 18, 2021. (Phill Magakoe/AFP/Getty Images/TNS)