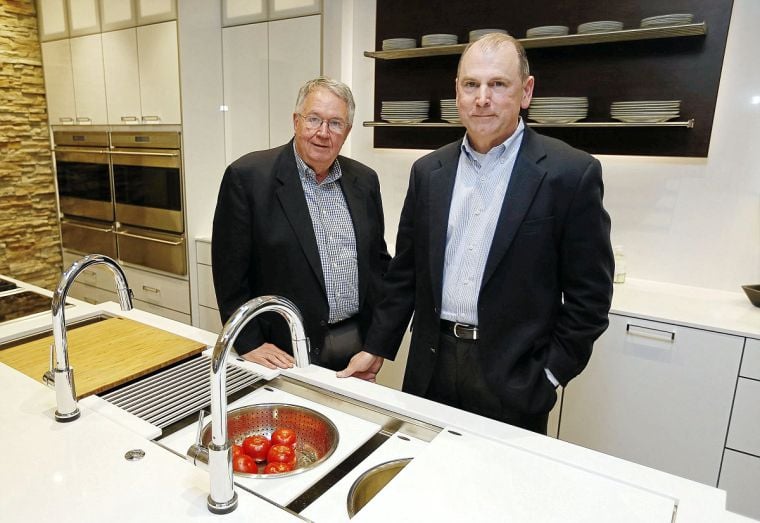 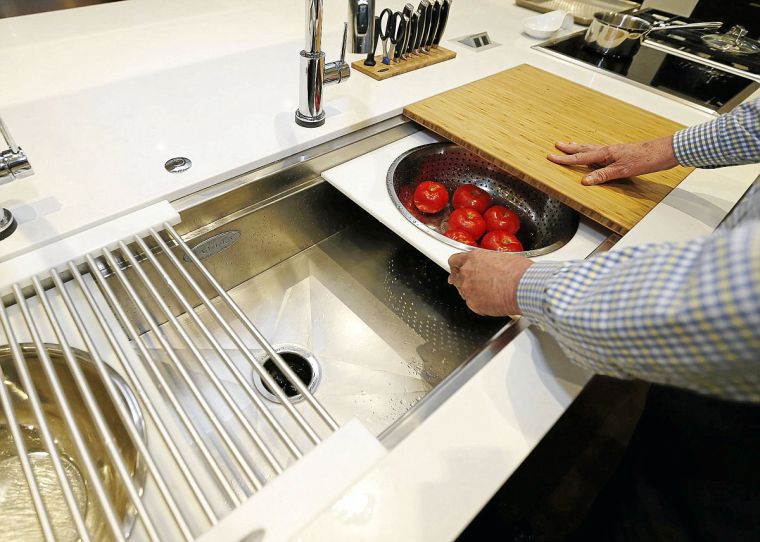 Roger Shollmier demonstrates the use of his invention of The Galley, his high-end kitchen sink. STEPHEN PINGRY / Tulsa World 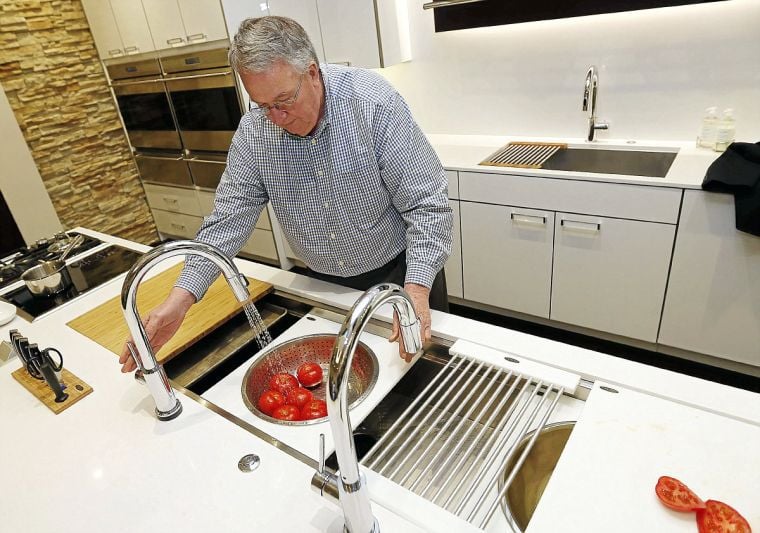 Roger Shollmier demonstrates how to use his invention, The Galley, a high-end kitchen sink. STEPHEN PINGRY / Tulsa World

Scott Anderson has been looking for a business opportunity since the former Dollar Thrifty chief operating officer’s company merged with Hertz in a deal worth $2.3 billion.

And kitchen designer Roger Shollmier has been looking for a partner with capital and business expertise for his high-end Galley sink concept that won him the 2012 StartUp Cup entrepreneurship competition.

Sometimes a business opportunity is just putting the two right people together.

After working together as 2012 StartUp Cup contestant and executive coach, Anderson has acquired a majority share of the luxury sink concept and is working with Shollmier to launch Galley on a bigger stage.

“Roger is an outstanding kitchen designer,” Anderson said. “I’ve come in here on the business side to look at everything from the website, the branding, the marketing and even improving the product itself.”

Shollmier’s design creates a single-tub luxury sink where users can place different racks on two tiers. Those racks can be for cutting boards, bowls, racks and can be slid back and forth over one another.

Shollmier has been designing kitchens for 38 years in Tulsa out of his Kitchen Ideas business at 6910 S. Lewis Ave. He came up with the idea for the Galley in 2010 and worked to perfect it for two years before launching it to the public in 2012.

The sinks are as big as 7 feet long and were originally aimed at kitchen designers and home builders who were installing high-end kitchens in new homes or in remodeling projects. The 7-foot Galleys start at about $7,000. Smaller sizes, down to 18 inches wide, are available for bar sinks.

The Galley won the StartUp Cup in August 2012, giving Shollmier $30,000 of seed money to grow his business and connections to local business experts and manufacturers to produce his product.

Anderson was paired with Galley as the executive coach during the competition, helping Shollmier tailor his business plan and focus his marketing pitch.

Anderson has just finished a 24-year career with Dollar Thrifty Automotive Group, serving as COO from 2008 to 2011 in what turned out to be one of the greatest turnaround stories in business history.

When Anderson was promoted to COO in 2008, he and CEO Scott Thompson went about remaking the near-bankrupt company. At that time the company’s market cap was about $30 million. Four years later, Tulsa-based Dollar Thrifty was sold to Hertz in a $2.3 billion deal after a feisty bidding battle with Avis Budget.

“My job was to fix operations side of the company,” Anderson said.

For his efforts, Anderson walked away with stock options worth nearly $25 million, according to SEC filings related to Anderson’s severance package. That deal was especially valuable because the 2008 price of the stock was near a dollar and the company ended up selling to Hertz for more than $87 a share.

Anderson has spent the last two years setting up an investment company in Tulsa called Anderson Capital Partners LLC. With family in Tulsa, he hopes to buy stakes in local companies and help them grow, he said.

“Galley is great because it was invented here, it’s headquartered here and everything is made here,” Anderson said.

Shollmier has partnered with local manufacturers to produce the hand-made sinks, with 90-degree angled corners that can’t be stamped out of metal and need to be hand-welded.

The accessories for the products are also made in the Tulsa area, such as the bamboo cutting boards and stainless steel drying racks.

Four years after inventing it, Shollmier is still a relentless enthusiast for the product and his pride in demonstrating the Galley will keep him as the chief designer and trainer at the company.

“I was really skeptical of having someone come in to buy the company and come in once a week and tell me what I’m doing wrong,” Shollmier said. “Scott is really excited about this, and he wants to be hands on.”

Anderson said Galley has a lot of work before it’s ready to be launched in the national market. Shollmier has spent the last two years traveling to trade shows, collecting award after award, and training kitchen designers to sell the product.

So far the company has four employees, including a sales person, a social media expert, a website designer and Shollmier.

They still work out of Shollmier’s Kitchen Ideas location.

In the coming months, Anderson plans to launch a new website and hiring experts to help handle sales and other aspects of the business.

Galley LLC is also working on a new headquarters — its own office near 126th and Memorial Drive with about 4,500 square feet of space.

Anderson has also helped expand the product line. Recently, Galley introduced a 3-foot sink model with a single-tier for accessories, and a double-tier version is on the way. The standard 3-foot model will fit in standard kitchen sinks.

“We can create more Galley products — things like cookware that fit the style of Galley,” Anderson said. “When we get the new website ready we kind of want to relaunch Galley to the world. Then we’ll see where we can go.”

A brief history of Galley LLC

Roger Shollmier demonstrates the use of his invention of The Galley, his high-end kitchen sink. STEPHEN PINGRY / Tulsa World

Roger Shollmier demonstrates how to use his invention, The Galley, a high-end kitchen sink. STEPHEN PINGRY / Tulsa World