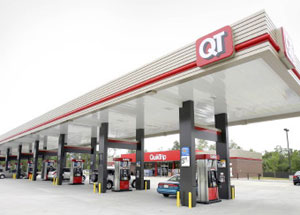 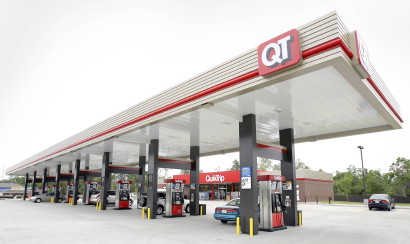 Tulsa-based QuikTrip Corp. is celebrating a milestone with the opening of its 500th location, a newly built store in Broken Arrow.

The convenience chain is also celebrating 50 years in business.

QuikTrip spokesman Mike Thornbrugh said the company is focusing on expansion and has had the 500th store in mind for years.

Clean, well-maintained locations, outstanding personnel and quality gasoline are the main reasons the company's customers have made QuikTrip so successful, Thornbrugh said.

Over the years, the company has closed about 420 stores deemed unsatisfactory, he said. Renovating older stores and building new ones to replace outdated models has helped the company maintain quality.

"A lot of them were profitable, but they just didn't maintain our standards. So we're always building new facilities, updating new facilities, and when a facility no longer meets our needs, we shut them down," Thornbrugh said, adding that the company is also particular about finding new occupants for closed locations so the buildings do not become eyesores.

The 500th store, at 501 W. Kenosha St., was designated more or less at random, Thornbrugh said.

"It just happened to fall into that category. It was almost going to be in Derby, Kan.," he said.

QuikTrip personnel previously told the Tulsa World that the 500th store was planned for the site of the demolished Camelot Hotel. Thornbrugh said the company was initially excited about building at that location because it is about two blocks away from the first QuikTrip store, built in 1958 at 5204 S. Peoria Ave.

"That was our hope and desire, but we probably reacted on emotion instead of common business sense," he said. "We were edged out by road construction."

Access would have been hampered by planned road and highway construction projects, he said.

It is fitting, perhaps, that the 500th store was built in Broken Arrow; Thornbrugh said the company is working to build a stronger presence in that city.

"Broken Arrow is an area we've been looking into for some time," he said. "We just so happened to find three pieces of property that we liked."

In addition to the 500th store at Elm Place and Kenosha, two more locations are planned — at Kenosha and Olive Avenue, and at 81st Street and Garnett Road.

How to avoid being scammed while using payment apps

How to avoid being scammed while using payment apps

How long you should keep your tax documents

How long you should keep your tax documents