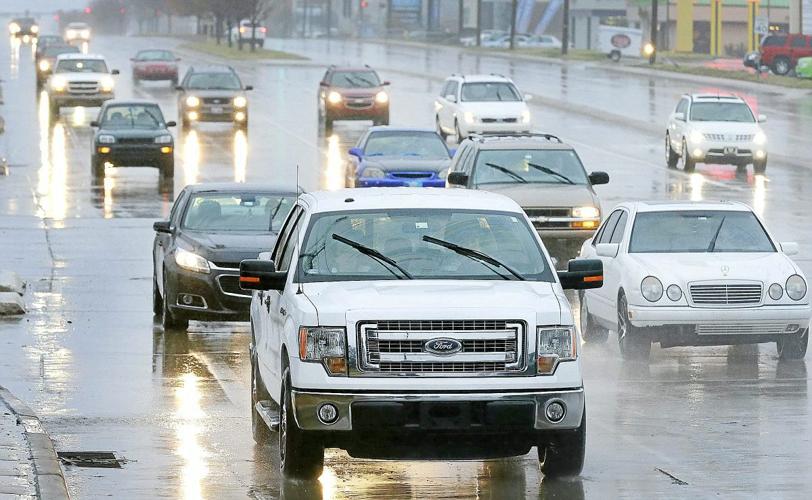 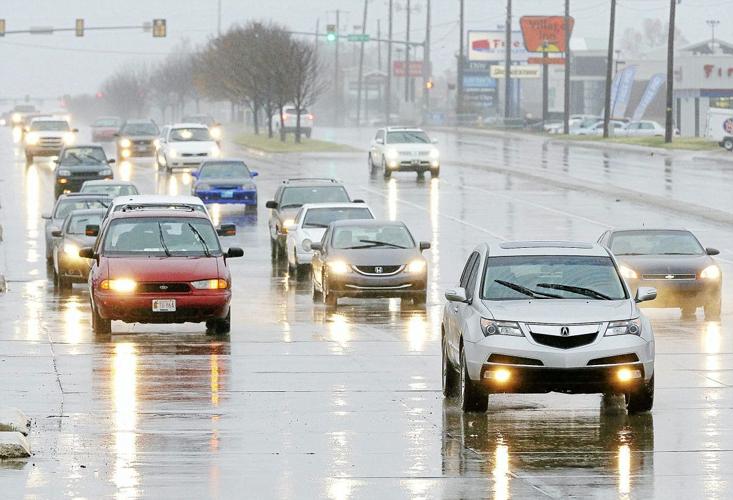 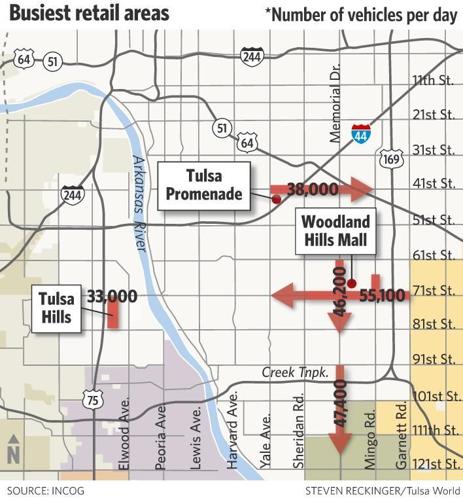 The turn right onto Memorial Drive out of Woodland Hills Mall on Thanksgiving evening required quick hands, feet and a little luck.

It needed to be tight and followed by a quick burst of the gas, but not too much, because the car ahead wasn’t too far away and the road was slick from the day’s rain.

On the other side of the street, there were far more cars than there was space in the left turn lane, making it slow going for those wanting to head east onto 71st Street and the waiting big box stores. The same problem appeared in each direction on 71st Street.

The road was operating, as traffic experts would say, at peak capacity, something that probably happens only a few times a year. Christmas shopping traffic can bog down certain stretches of road this time of year. There’s a reason for that, according to experts: Retail shopping does not lend itself to moving vehicles through a stretch of road quickly.

About 55,000 vehicles traveled west each day on 71st Street toward the mall from Mingo Road in 2014, and 38,000 more traveled east from the intersection of Memorial and 71st Street, according to traffic counts compiled by INCOG. More than 46,000 vehicles in 2013 headed south on Memorial Drive from where it intersects with 61st Street.

Retail also likes to be next to other retail because stores near or next to each other make shopping more worth the trip for the customer. When things get too congested, new shopping centers are spawned elsewhere.

Despite that last fact, most retail outlets don’t plan for the congestion. Just themselves, experts say.

Paul Lewis, vice president of policy at the Eno Center for Transportation in Washington, D.C., said retail shopping plazas are planned for accommodating traffic that comes to the store. A shopping center on one side of the street isn’t coordinating how to deal with the vehicle flow on the other side, he said.

“A lot of times people highlight traffic congestion on a Black Friday,” Lewis said. He said it can’t really be avoided except in certain circumstances — “it could technically be done if we paved over an entire city.”

Planning for a peak day is a waste of resources because most of that capacity would sit empty during nonpeak times, Lewis said. He also said a substantial amount of retail traffic tries to cross the busy street in an attempt to visit the stores on the other side, which inevitably leads to clogged intersections.

Concrete barriers that keep people from running into each other on the road impede turns and restrict access to turn lanes, which backs up traffic even further. Memorial Drive and 71st Street around the mall is that in a microcosm.

The “retail bull’s-eye” for Tulsa is 71st Street around Woodland Hills Mall, said Ben Ganzkow, a retail broker with commercial real estate firm CBRE. The firm is trying to lease multiple storefronts along the strip.

That area is where national retailers who want to come to Tulsa start, Ganzkow said. But there’s also a “stigma” attached to Woodland Hills because “it’s so congested.” Congestion persisted because there weren’t a lot of alternatives with that sort of retail density until recently, he added.

“It (traffic) can become a detriment if turning lanes to access shopping centers get backed up to a snail’s pace or even worse if they become a standstill,” Ganzkow said.

The congestion around Woodland Hills and the population moving south has given rise to big box retail on Memorial Drive between 101st and 111th streets and Tulsa Hills west of the Arkansas River.

Traffic engineers have noted the explosion along that stretch of Memorial Drive. Thirteen thousand more cars a day drive north from 111th Street than a decade ago.

Costco’s arrival at 103rd Street and Memorial Drive will add even more, said Viplav Putta, director of transportation at INCOG.

The arrival of Target in south Tulsa about eight years ago started the sprawl south, Ganzkow said. Area retailers were excited about trendy boutique Rustic Cuff opening because of the traffic it would bring to The Vineyard on Memorial, but they’re also excited about the arrival of Costco a few blocks up the street.

Michele Sotkin, manager at Bella’s Gifts, thinks some of the Costco traffic will trickle over into her store.

Consumers are willing to sit in traffic if they travel to a regional shopping area, Putta said.

Sprawl and congestion might be unsightly or an inconvenience, but there’s a broader benefit to being bumper-to-bumper with an SUV on a Saturday afternoon.

Putta said the same when noting the growth on Memorial Drive. He said low gas prices have put more money in people’s pockets nationwide, and more efficient cars make the money they do put in their tanks go further.

“Whenever there is a recession, there’s been a 10 to 15 percent decline in traffic,” Putta said. “Now nationwide we are seeing the highest levels of traffic with almost record bottom of gas prices.”

Like Lewis and Putta, Dawn Warrick, director of planning and development for the City of Tulsa, said land use is intrinsically linked to the mode of transportation that serves it.

She said that heavily trafficked, relatively high-speed streets lend themselves to retail because of the traffic flow and visibility, which allow for impulse-shopping excursions for those driving by.

Warrick said U.S. 75 has supported the growth of Tulsa Hills, and the transportation options to get there are slightly more limited than the options to get to Cherry Street and Brookside.

She highlighted Cherry Street as a more “holistic” use of land and transportation modes. The on-street parking gives shoppers a buffer to walk on the sidewalk and window shop on their way to dinner, Warrick said.

“They’re (Brookside and Cherry Street) scaled down to some degree,” Warrick said. The streets around them may carry a lot of traffic, but they’re slower and the buildings aren’t set back far from the road.

‘Fed up with inconvenience’

Tulsa’s sprawl is no different than any similarly sized and positioned U.S. city, Warrick said. It comes from the city primarily encouraging vehicle-driven development for decades and now living with the consequences.

“People get fed up with inconvenience,” Warrick said. “If they find one particular street becomes inconvenient, they’re going to try other ways to get to those locations or find another place to go.”

Traffic and retail can become a feedback loop, Putta said. More retail drives more traffic until the roads become unbearable and people start to look for other places to go.

Planning big box retail isn’t up to the city of Tulsa. It’s up to individual national brands and developers as long as they comply with the building and zoning codes. The city can control where it allows curb cuts, entry ways and the connector streets between shopping centers to control the flow.

“I’m not saying 71st Street can be totally different in the near term ...,” she said. “We’ve recognized that it's better to provide multiple types of transportation to support desirable growth.”

Tulsa-based NORDAM teams with Teague, a design consultancy based in Seattle, to win Crystal Cabin Award at expo in Germany.

Public meetings are under way to obtain feedback.

Thinking about buying a boat or RV? Here is what you should consider | PennyWise podcast

🎧 A boat or RV can make for a fun summer, but there are costs to consider before you make a big purchase. Get tips on the latest PennyWise podcast.

At least 100 jobs will be created, the company says, to work with the materials needed for electric vehicles, mobile electronic devices and military hardware.

What if you can't 'out-budget' inflation?

Here’s how to combat inflation if money is already tight.

It is called Women Mean Business.

Arvest Bank branch in Glenpool scheduled to open in 2023

The facility is scheduled to employ about a dozen people.