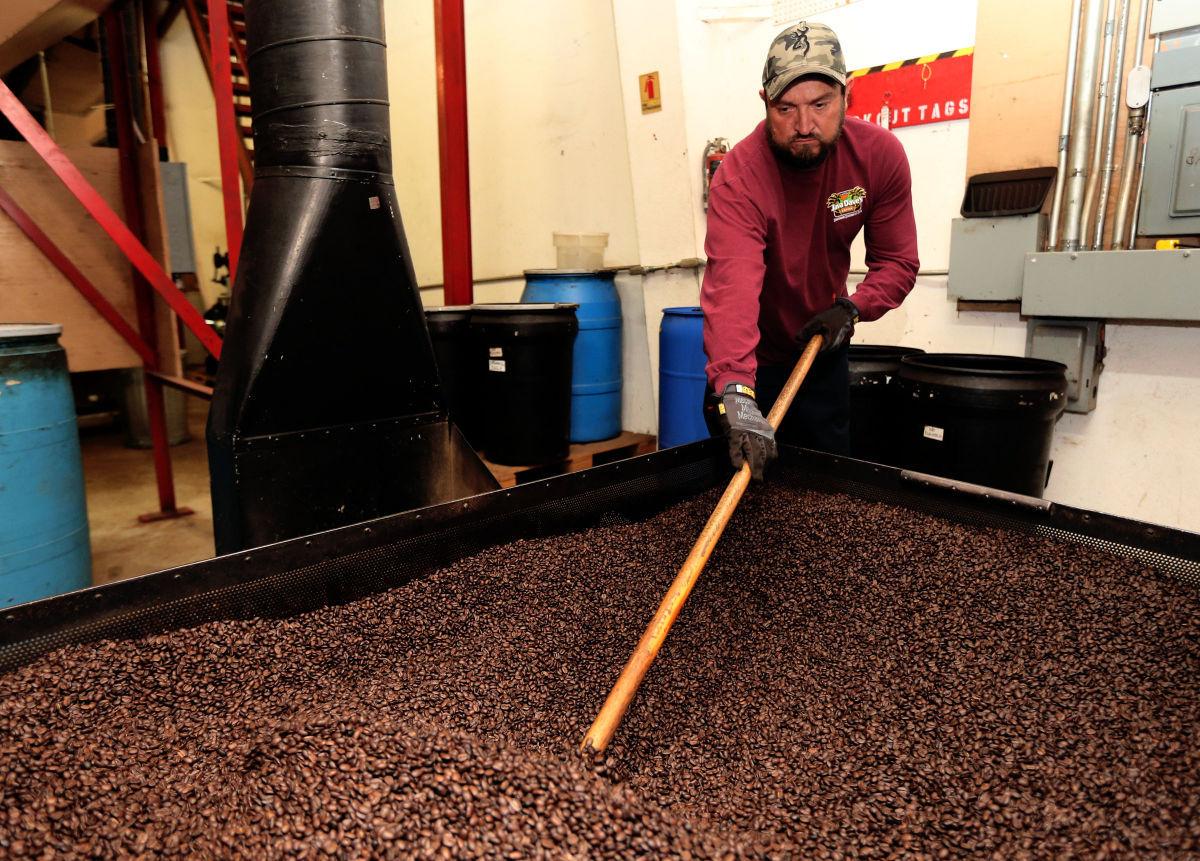 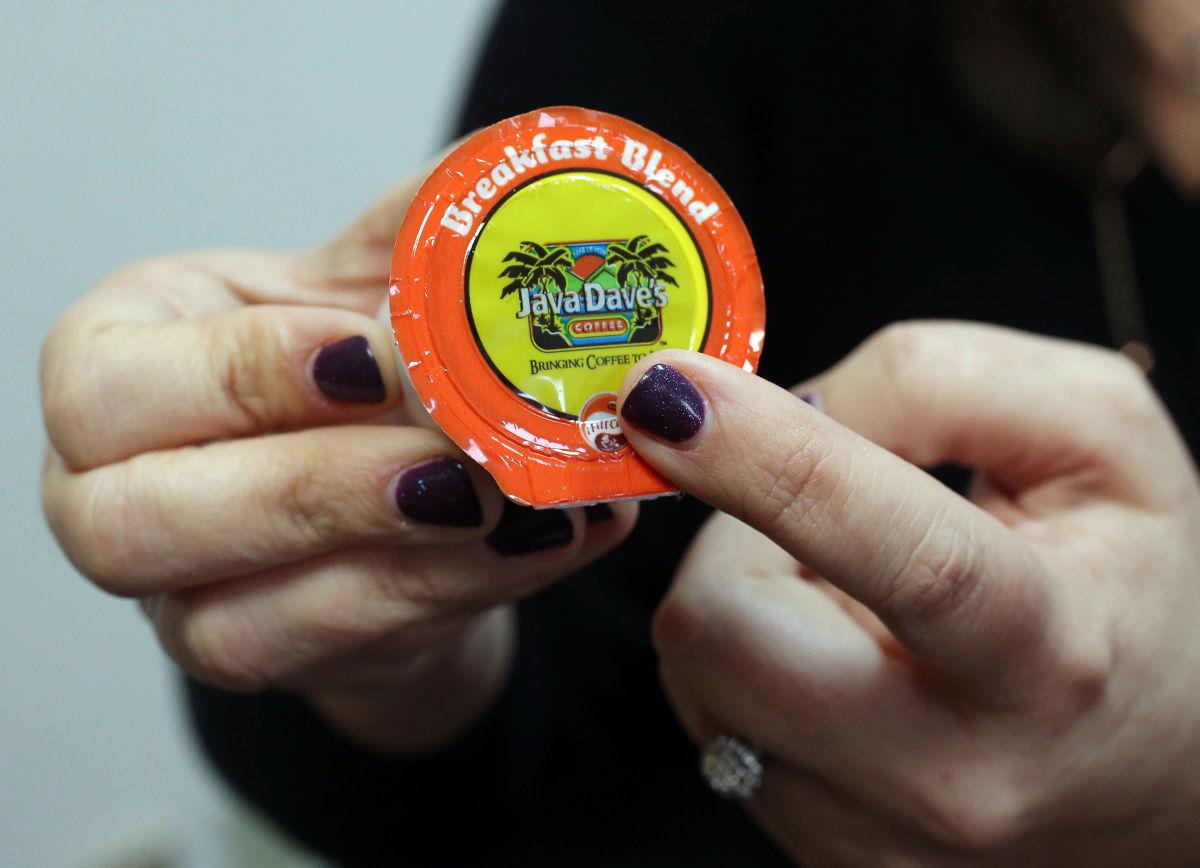 The Java Dave’s iFill cups are made to be more environmentally friendly. CORY YOUNG/Tulsa World 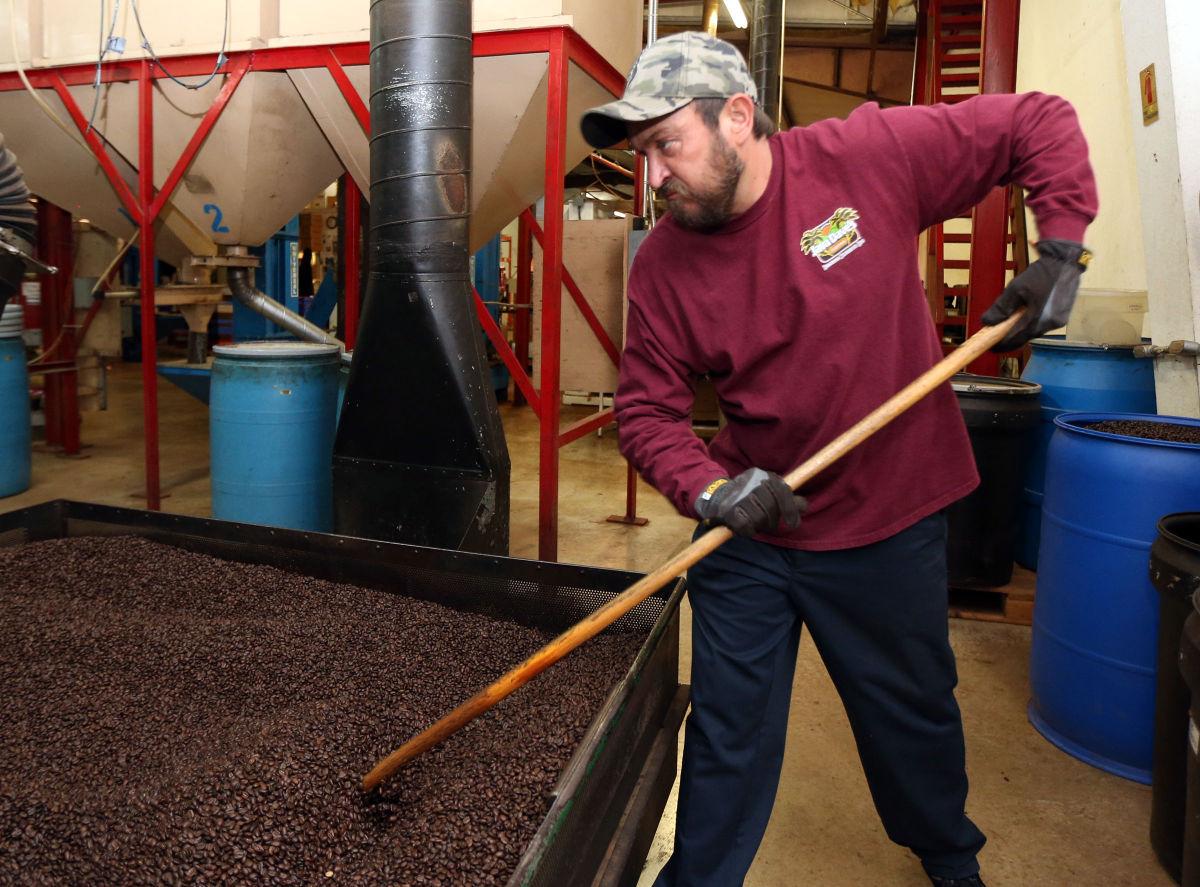 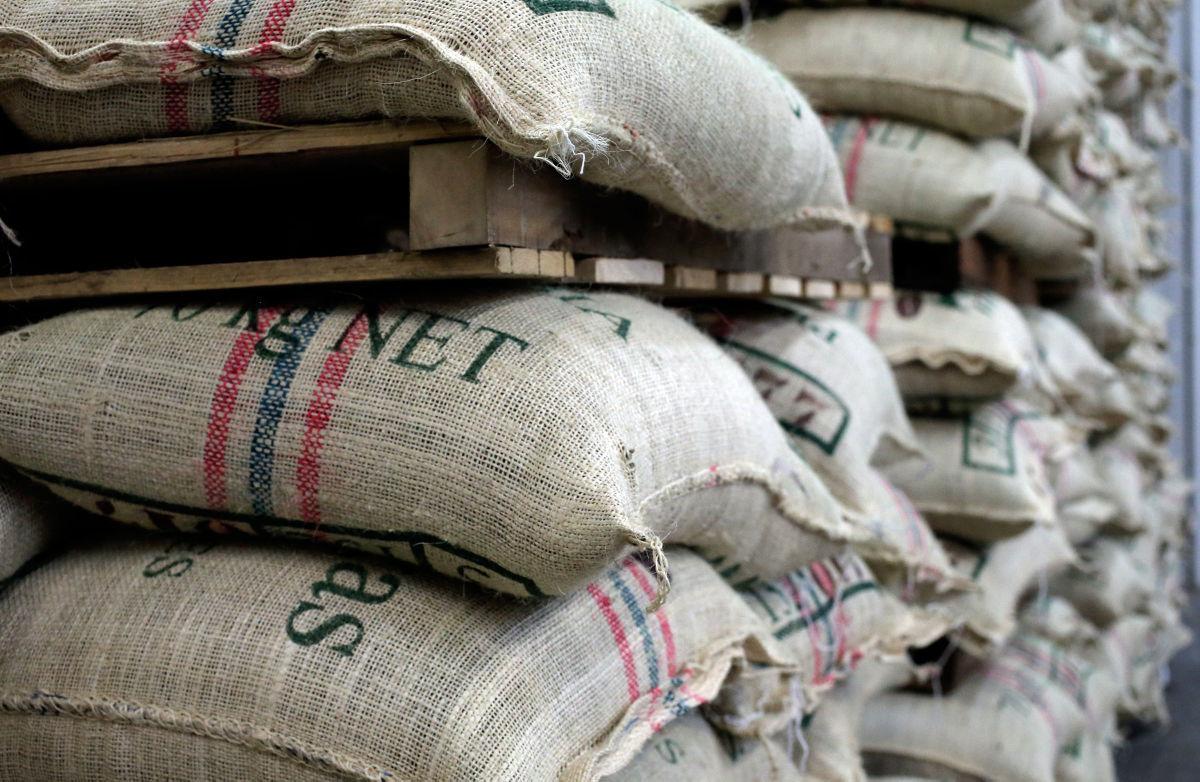 Single-serve coffee machines are now commonplace in company break rooms and household kitchens across the U.S., so Tulsa-based coffee roaster and distributor Java Dave’s is adding its brand to the marketplace.

The company thought the single-serve machines from Keurig Green Mountain were just a fad. But consumers continued to ask for Java Dave’s and finally, in 2016, the company relented.

The cups can’t be called by the common name “K-Cup” because “K-Cup” is trademarked by Keurig Green Mountain, but other brands like Java Dave’s have been able to mimic the container.

Single-serve coffee containers are tough to recycle, some say. Java Dave’s has sought a way around that problem and claims to be among the first few companies in the country whose single-serve cups are made of PP5 plastic — a more conservation-friendly type of plastic.

Java Dave’s believes that it’s responding to the market.

“We saw kind of a niche in the market. It’s all about convenience. People are looking for gourmet coffee, and they want to be able to get it quickly with as least waste as possible,” said Mike Tiernan, director of licensing. “Single-serve cups are good for that purpose because you can make one cup and get on the road.”

The Seattle Times cited National Coffee Association statistics regarding single-serve coffee use two years ago. In 2014, 1 in 5 adults polled had used a single-serve machine the day before compared to 1 in 14 in 2010.

The company fills all of the single-serve containers on-site at 6239 E. 15th St. in its expansive facilities that stretch on for what seems a couple of city blocks. It’s also trying another way to differentiate its single-serve coffees from the pack: filling them a little higher for a stronger brew.

Single-serve isn’t going to completely replace the rest of the company’s offerings, Tiernan said. He said the company sees demand in larger office settings for both regular coffee and single-serve.

Java Dave’s could become something of a regional force in the single-serve market. The company sells not only in Oklahoma, but also in Kansas, Arkansas and Missouri.

It’s selling the single-serve cups out of state, too, Neighbors-Massey said.

Java Dave’s no longer thinks that single-serve is a fad. Instead, Neighbors-Massey said, the single-serve now is to the pot of coffee what the drive-thru is to walking into the store.

The Java Dave’s iFill cups are made to be more environmentally friendly. CORY YOUNG/Tulsa World