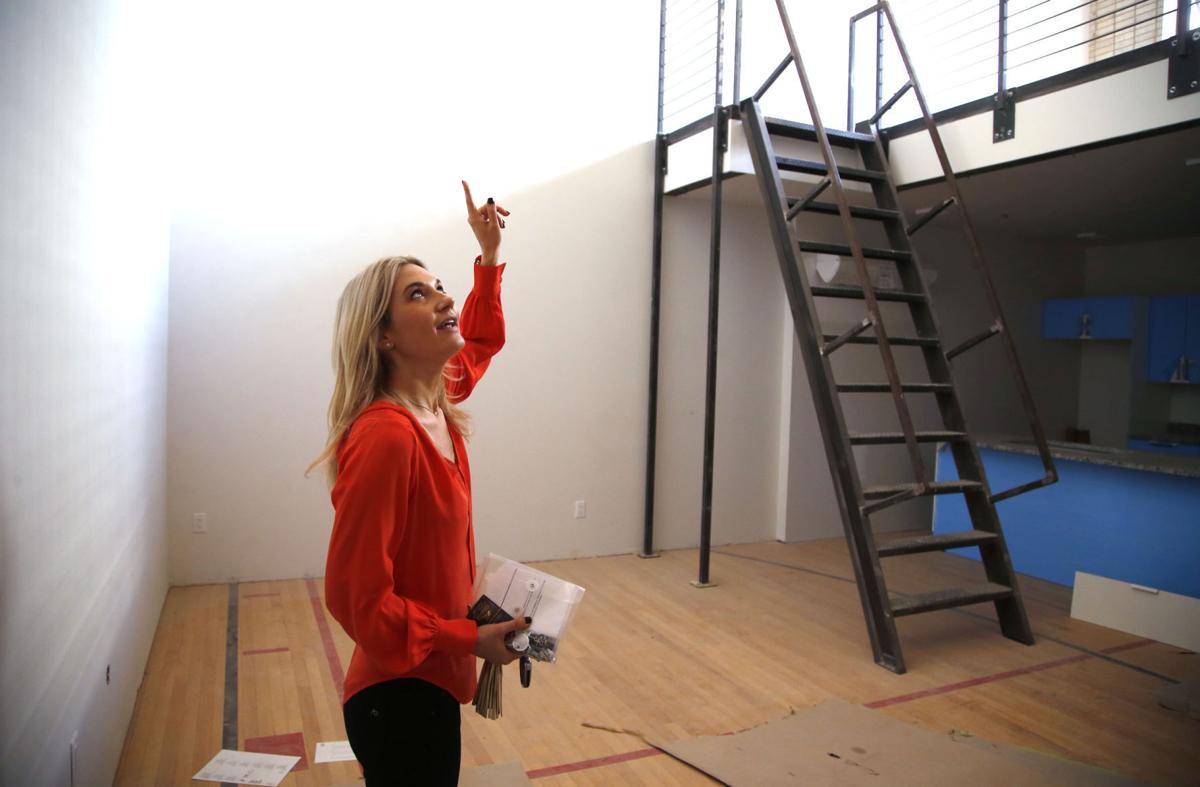 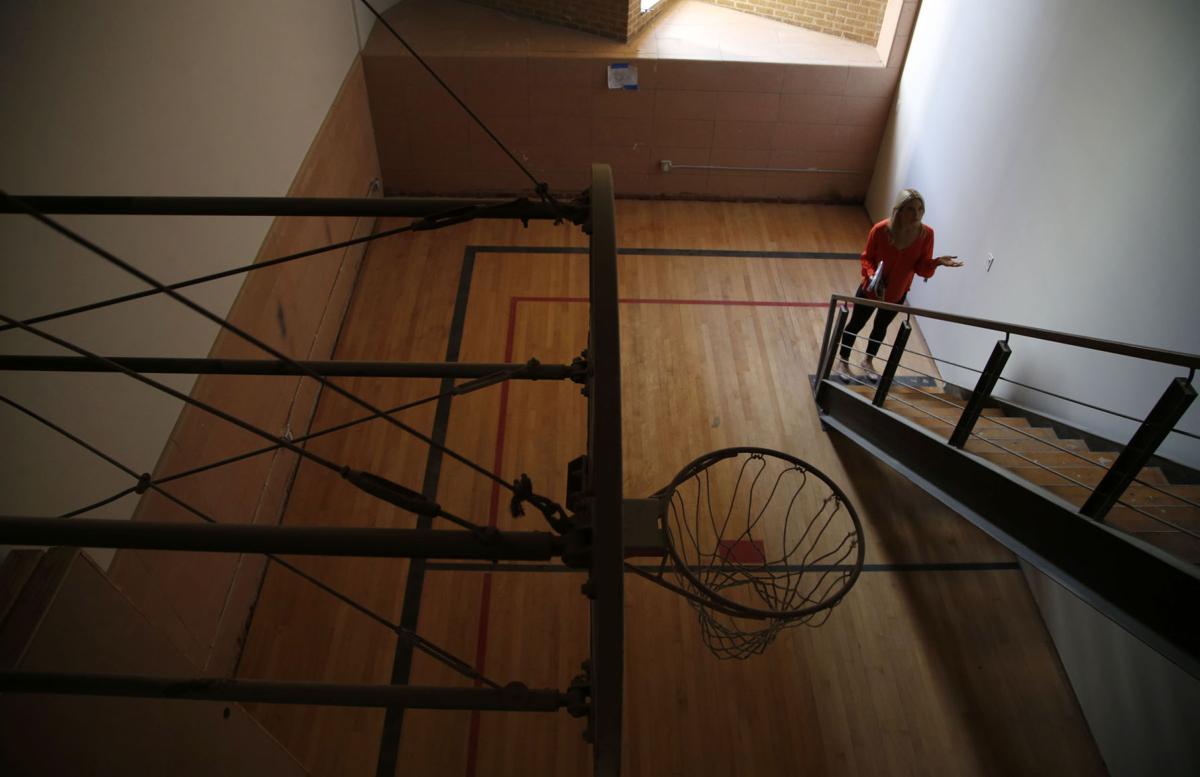 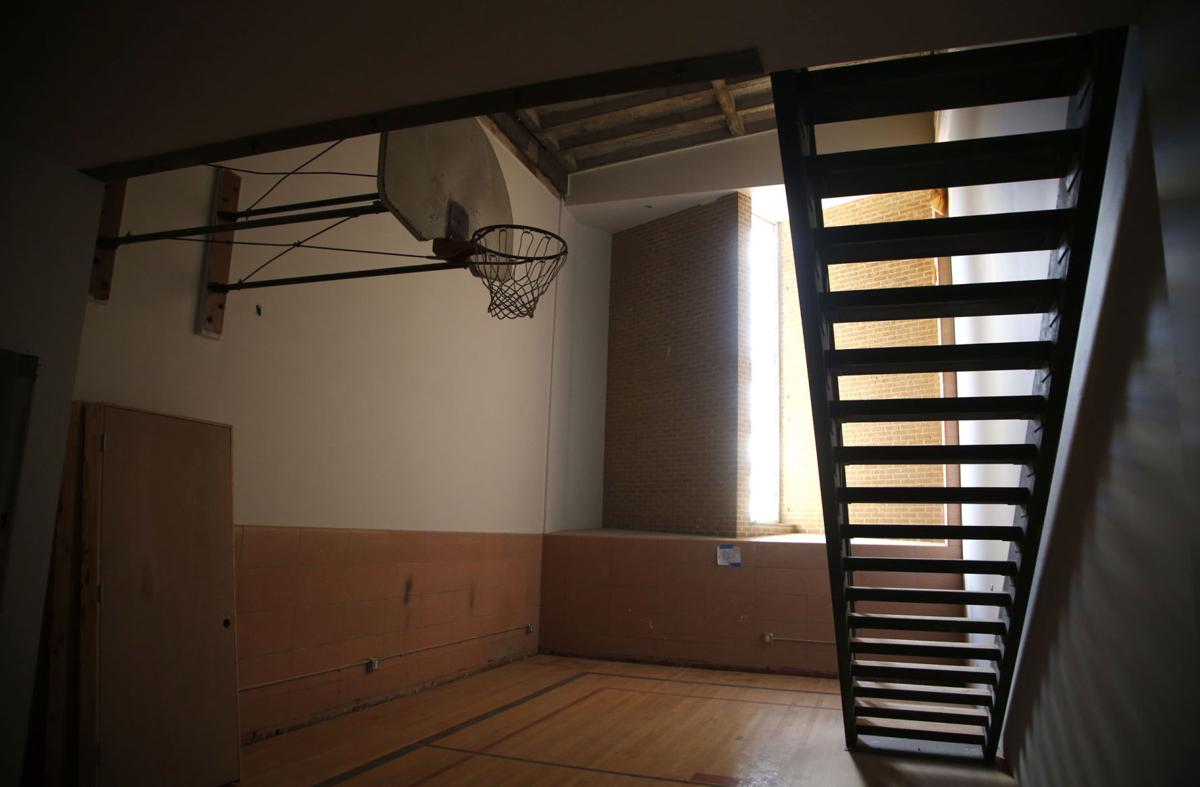 A split-level apartment in the Y Lofts features a portion of a gymnasium in the former downtown YMCA. JAMES GIBBARD/Tulsa World 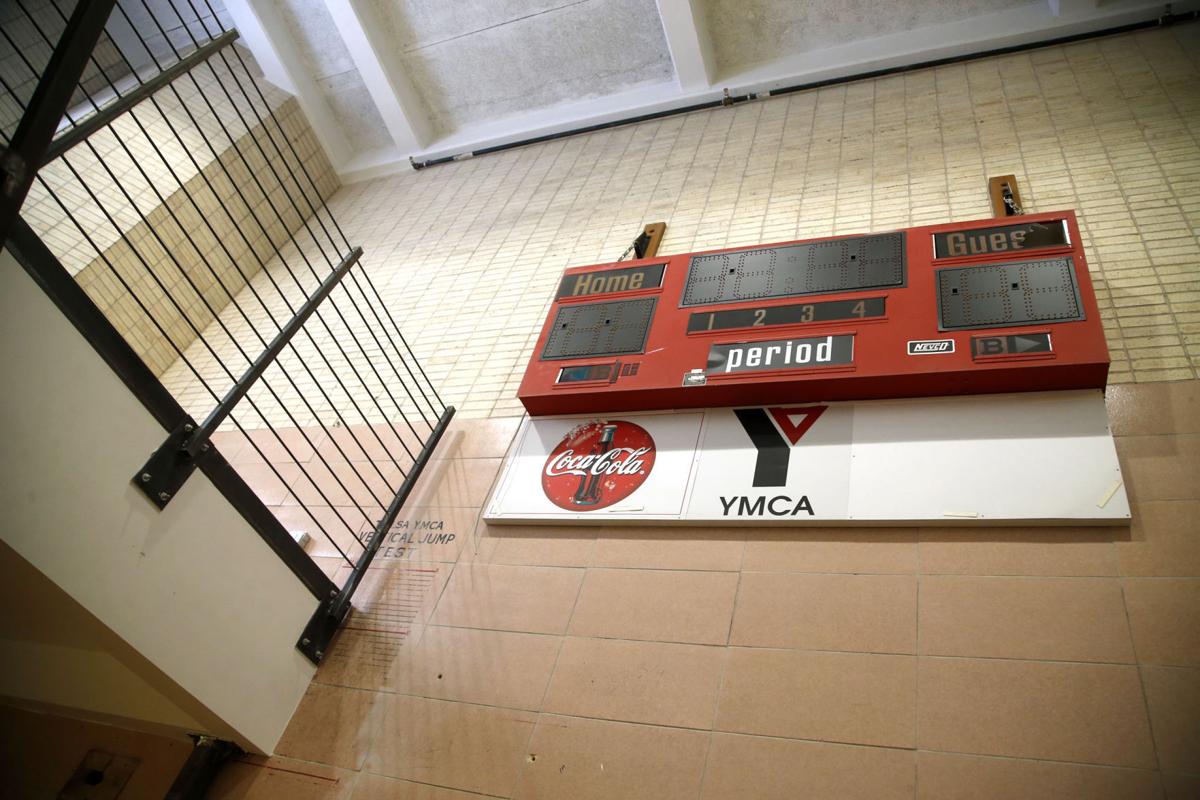 A scoreboard that was part of a gymnasium hangs inside an apartment at the Y Lofts. JAMES GIBBARD/Tulsa World

Quirkiness will be a calling card of the Y Lofts.

The preservation-embracing effort by developer Brickhugger LLC is designed to maintain the charm of the former downtown YMCA building, which was constructed in 1953. Left intact in the property’s $9 million conversion into apartments will be items such as hardwood from the Y’s racquetball and basketball courts, white porcelain drinking fountains, even basketball goals and a scoreboard.

“It’s our most unique property that we’ve done, and it’s definitely the most unique one in downtown Tulsa,” said Shelby Snyder, Brickhugger president.

The Y Lofts will be among more than a dozen stops Nov. 6 in the Tulsa Foundation for Architecture’s Dwell in the IDL downtown living tour, which will explore options in the Blue Dome, Brady Arts Deco and Greenwood districts.

A total of 79 apartments will fit into the Y Lofts, whose spaces will range from about 500 to 2,200 square feet. Geared toward those who have a passion for preservation and who want to “live, work and play downtown,” Snyder said, the eco-friendly project will use all-in-one washer/dryers and such materials as recycled paint, steel and brick.

A second-floor apartment will have a patio overlooking Sixth Street. Former racquetball courts will be transformed into three-tiered apartments with doors on each level. Split-level, underground parking will have spaces for 91 vehicles, one for every bed.

The Snyder family has underwritten some of downtown’s largest restoration projects, including Mayo Hotel, Vandever Lofts and the former City Hall, now an Aloft hotel. The Snyders and a number of other investors originally bought the vacated YMCA building in 2011 for $625,000.

Leasing for the Y Lofts, priced in the $1 to $1.40 per-square-foot-range, is scheduled to begin in January, Shelby Snyder said.

“With the oil downfall, a lot of companies moved their employees back to their main offices in places like Houston,” she said. “It affects the entire economy in your city.

“But now, we’ve seen a lot of people moving back. I have people who aren’t even moving back until like next year and they who want to secure their apartment here, just because it’s a draw, something interesting that people don’t think they’ve seen in Tulsa.”

1. The Edge at Downtown

A split-level apartment in the Y Lofts features a portion of a gymnasium in the former downtown YMCA. JAMES GIBBARD/Tulsa World

A scoreboard that was part of a gymnasium hangs inside an apartment at the Y Lofts. JAMES GIBBARD/Tulsa World