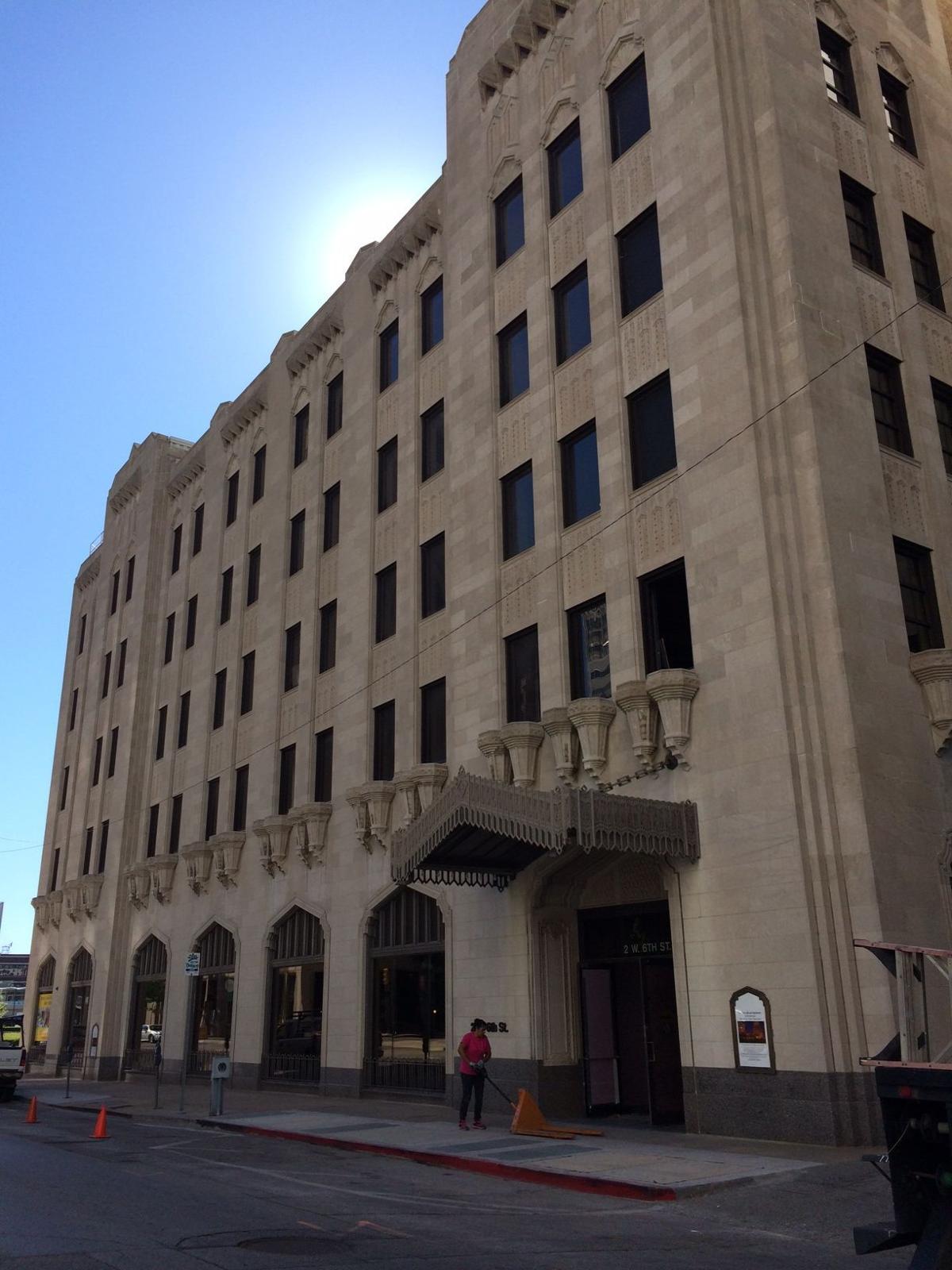 Four floors in the Transok Building, 2 W. Sixth St., will be converted into luxury apartments. The art deco building is on the National Register of Historic Places. Tulsa World 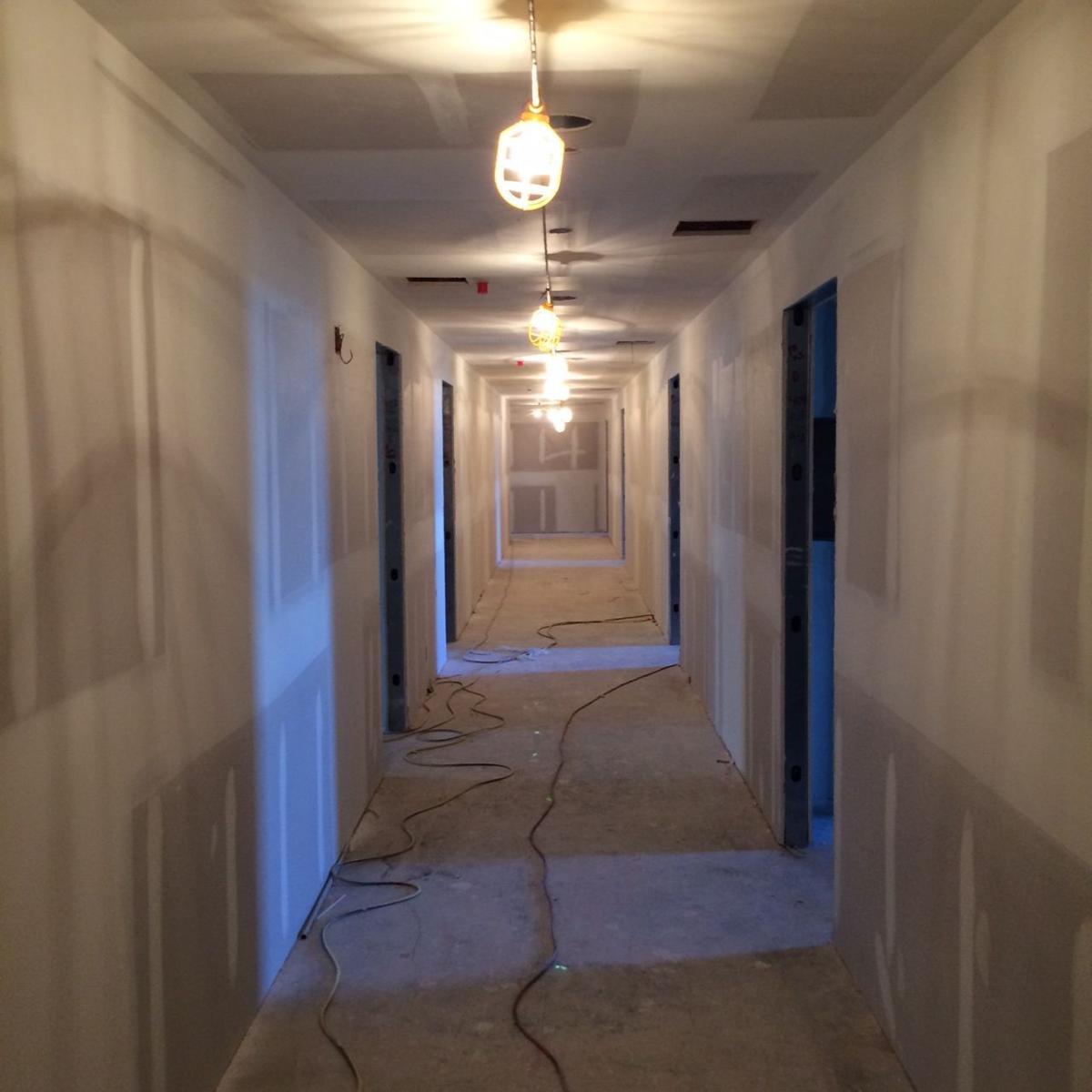 Work is underway on the interior of the Transok Building, which is being converted into 37 luxury apartments that are scheduled for availability by Aug. 1. Tulsa World

Four floors in the Transok Building, 2 W. Sixth St., will be converted into luxury apartments. The art deco building is on the National Register of Historic Places. Tulsa World

Work is underway on the interior of the Transok Building, which is being converted into 37 luxury apartments that are scheduled for availability by Aug. 1. Tulsa World

Photo gallery: 23 downtown development projects you should know about

As managing owner of the Transok Building, Stuart Price recently gave the edifice a bath, power-washing away 86 years of grime that had collected in the Bedford limestone pores.

Now he is dressing up the architectural beauty for reintroduction into society.

“This is just a gem,” Price said. “We’re just proud to restore it to its former glory.”

The transformation will convert four of the building’s floors into 37 luxury apartments that are scheduled for availability by Aug. 1, Price said. The living areas, located in the heart of the Deco District, will comprise studio and one- and two-bedroom plans that will range in size from 536 to 1,247 square feet. Close to 9,000 square feet on the ground floor is available for lease.

Built in 1929 to house Public Service Company of Oklahoma and among the first art deco structures in town, the Transok Building, 2 W. Sixth St., is on the National Register of Historic Places. Price hopes the work there helps Tulsans reconnect with the city’s architectural heritage.

“It’s really rich and it’s really deep,” he said. “I like to remind people that Tulsa was the Riyadh, Saudi Arabia, in 1920. We were the oil capital of the world.”

Also known as the PSO Building, the Transok Building is made of Bedford, or Indiana, limestone, the same material used to construct some of the most notable structures in the United States, including the Empire State Building in New York and the National Cathedral in Washington, D.C.

Generations ago, PSO incorporated the Tulsa building’s more than four dozen sconces into an advertisement for electricity, which the company sold. Upward- and downward-placed colored lights, coupled with the structure’s deco designs of chevrons and step-backed geometric patterns, combined to produce a nighttime spectacle.

As part of the conversion, Price is refurbishing the historic lighting, which he said will be unveiled officially in a few weeks.

“I think it’s going to be marvelous,” he said. “It is an important landmark but it will really mark it downtown. Everybody will know about it. Its LED lighting will really pop.”

When PSO relocated a couple of blocks east to the renovated Central High School building in 1978, Transok Pipeline moved into the PSO structure, prompting the building’s name change. It is part of a 14-building Kanbar Properties portfolio that the Price brothers Stuart and John bought into in 2012.

While taking a World reporter on a walking tour of the property this week, Stuart Price spoke about the potential of Chapman Centennial Green, which sits across the street from the Transok, and detailed the momentum created by such nearby restoration projects as the Mayo Hotel, The Meridia (apartments) and the former downtown YMCA (apartments).

“The exciting thing about this is you can live here,” he said. “You can study here. It’s quiet. You don’t have the constant hustle and bustle on the weekends. It’s close to the cathedral district. You can participate with the Brady District and the Blue Dome District because the trolley runs right in front of the building.”

“Tulsa is a wonderful community. This is just one of a hundred thousand projects. We’re just trying to positively participate in the next generation of life here. It’s pretty damn cool.”

If you have some time on Spring Break, here is a nice guide to all the best Art Deco in Tulsa. Each location is listed in the National Registe…